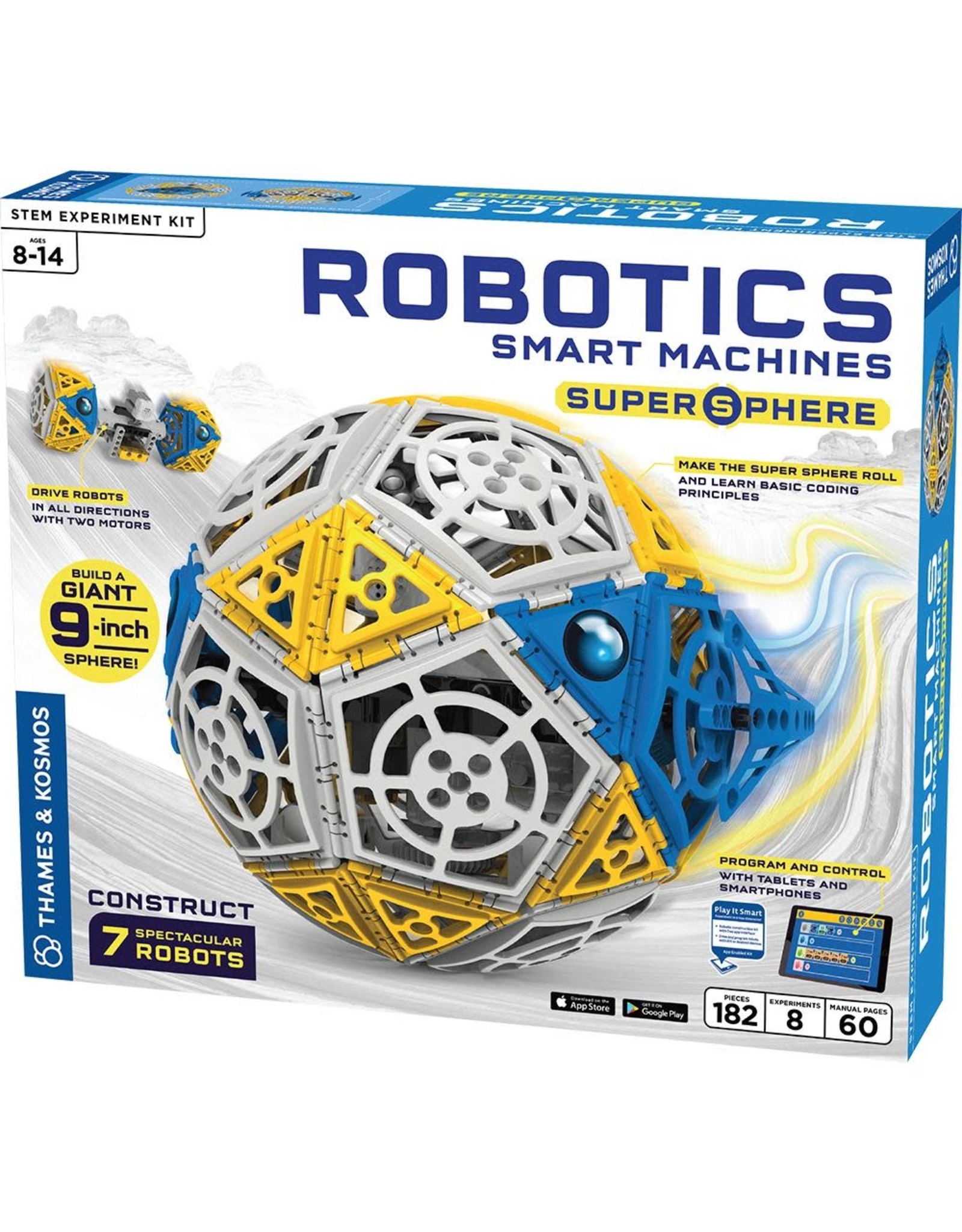 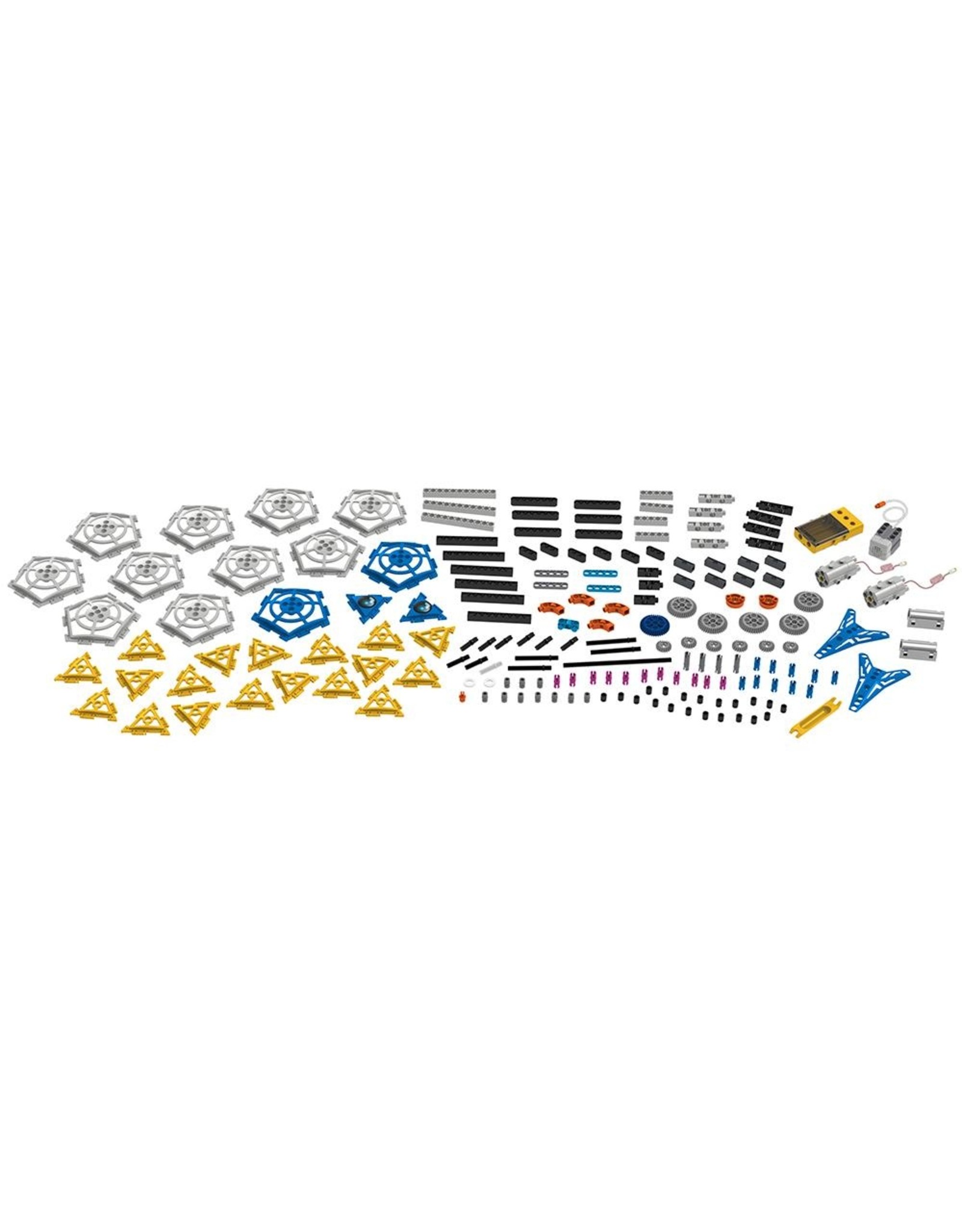 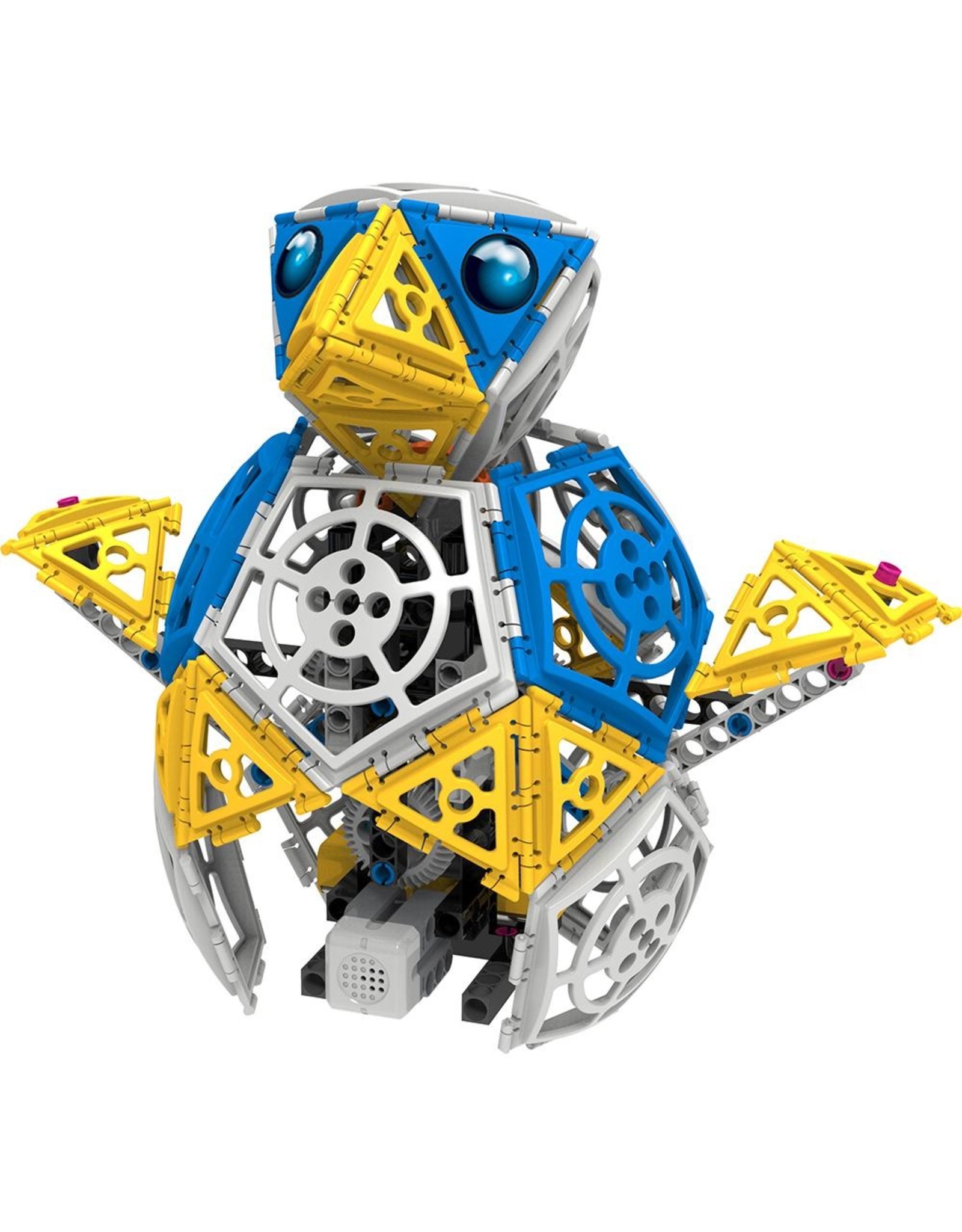 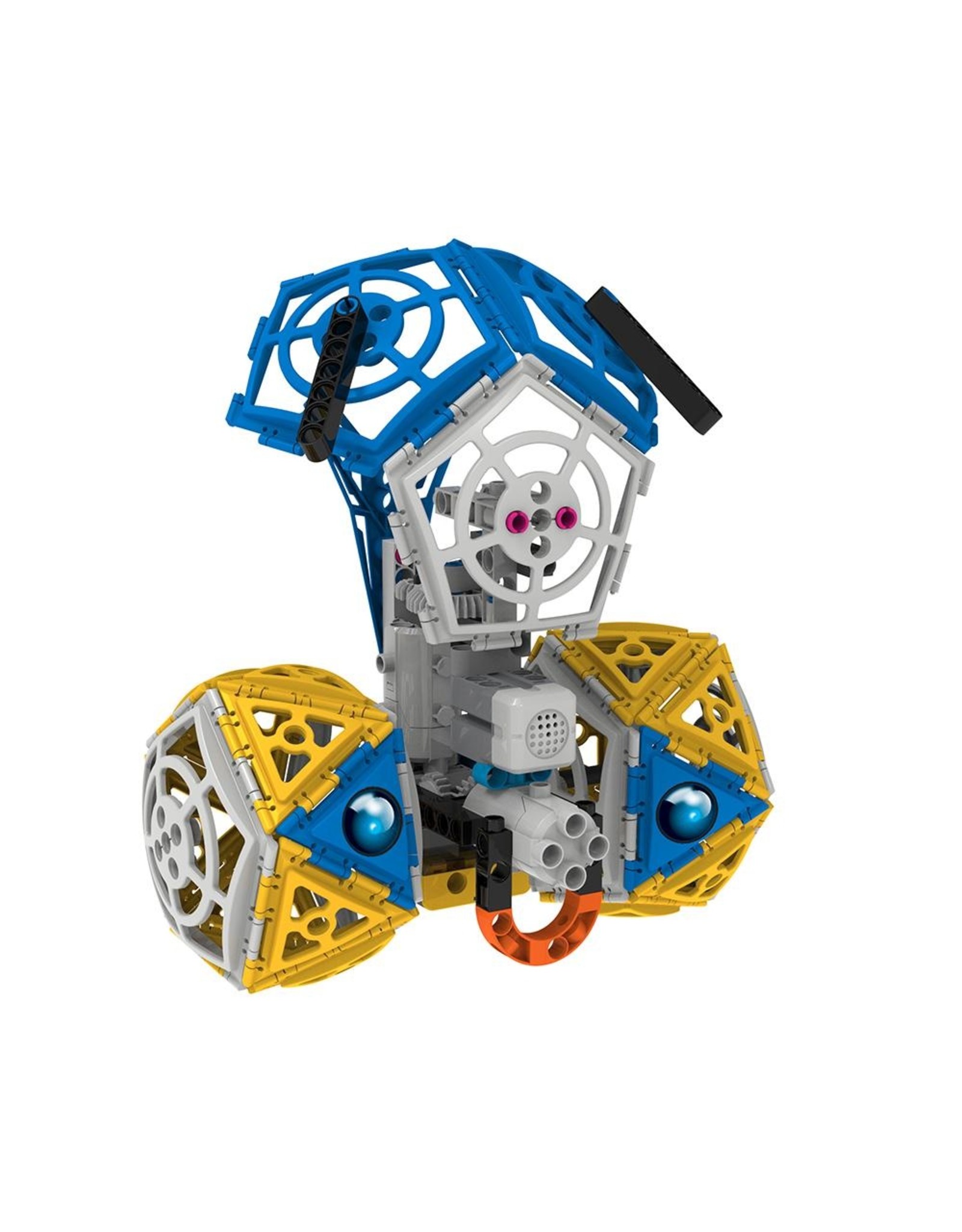 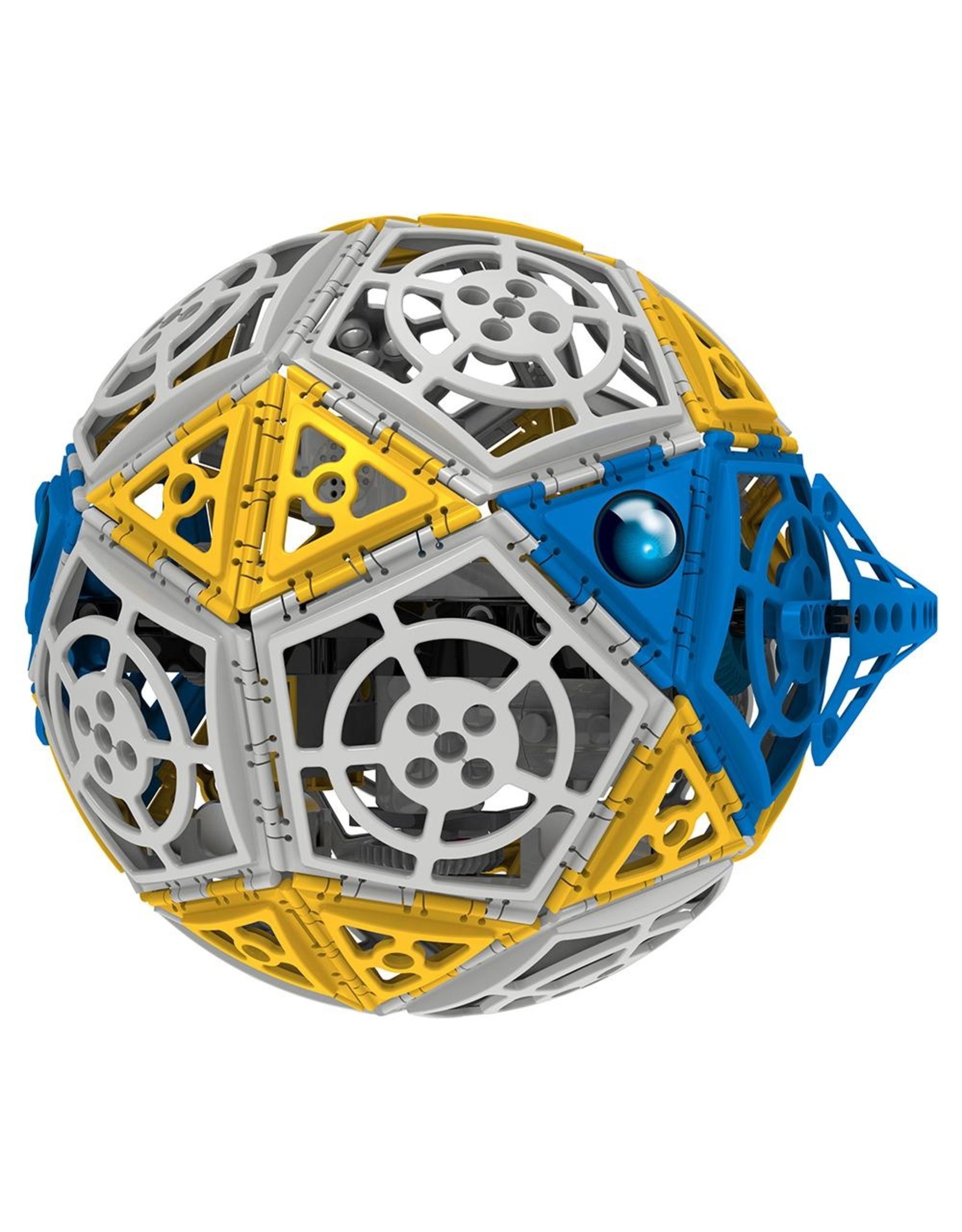 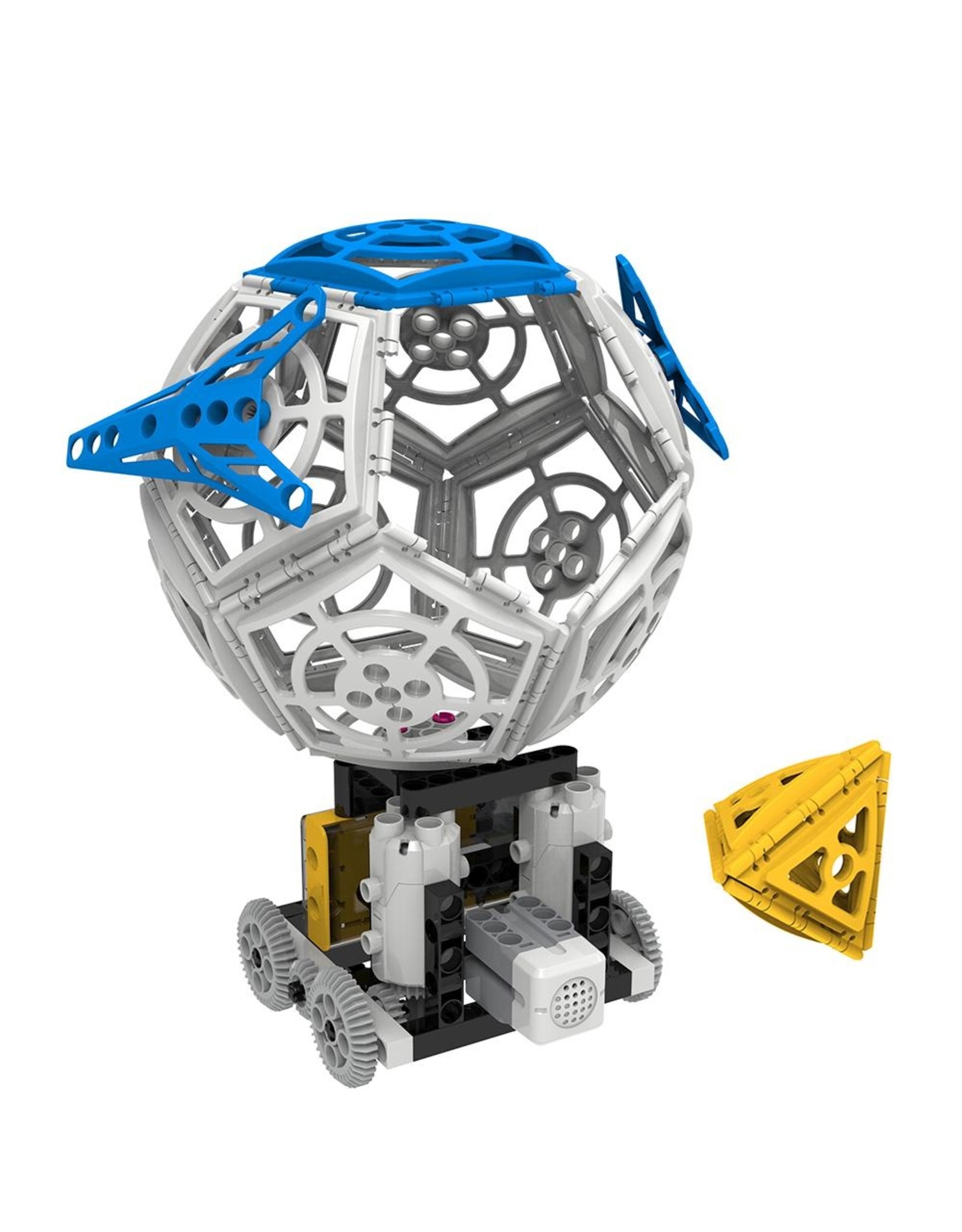 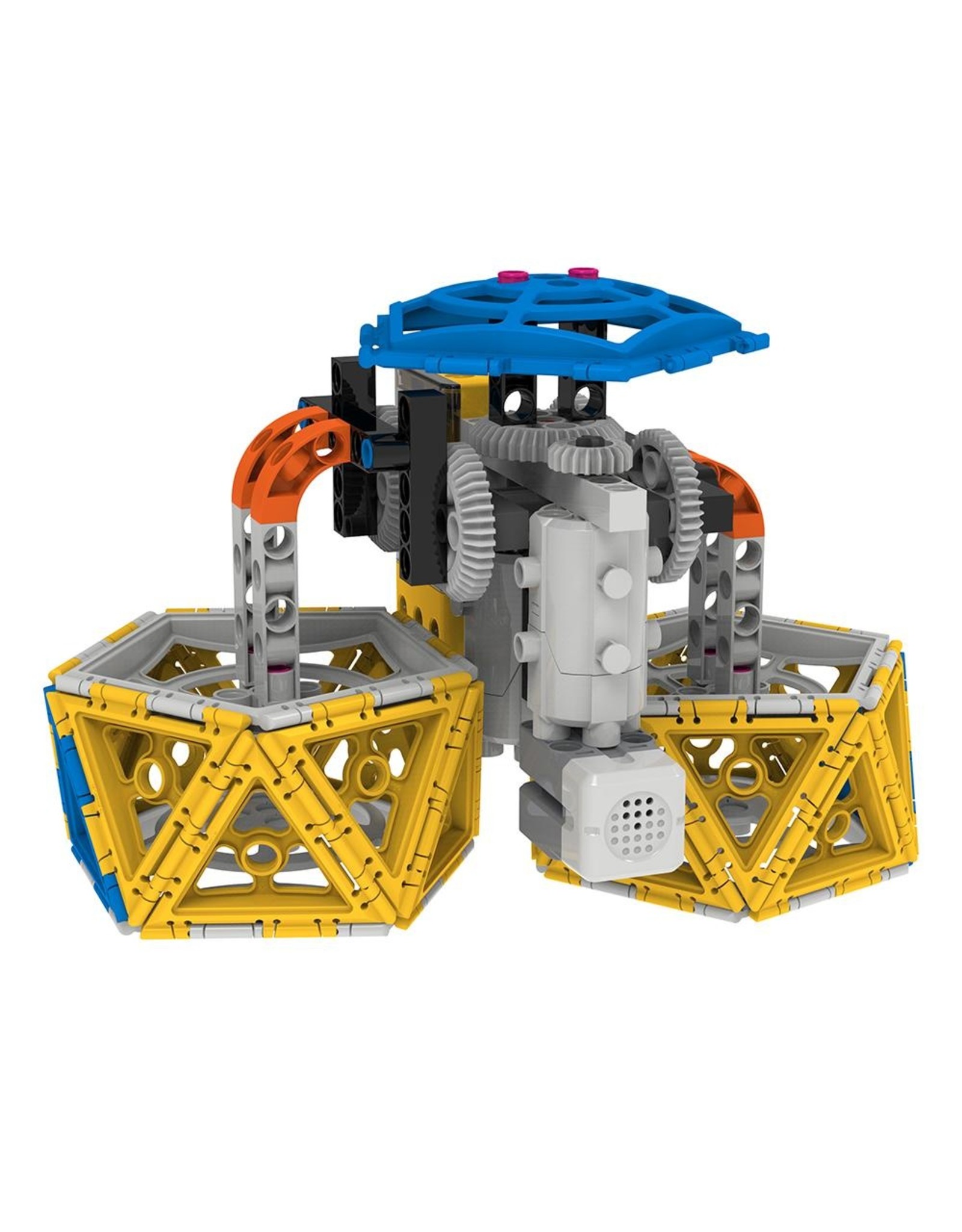 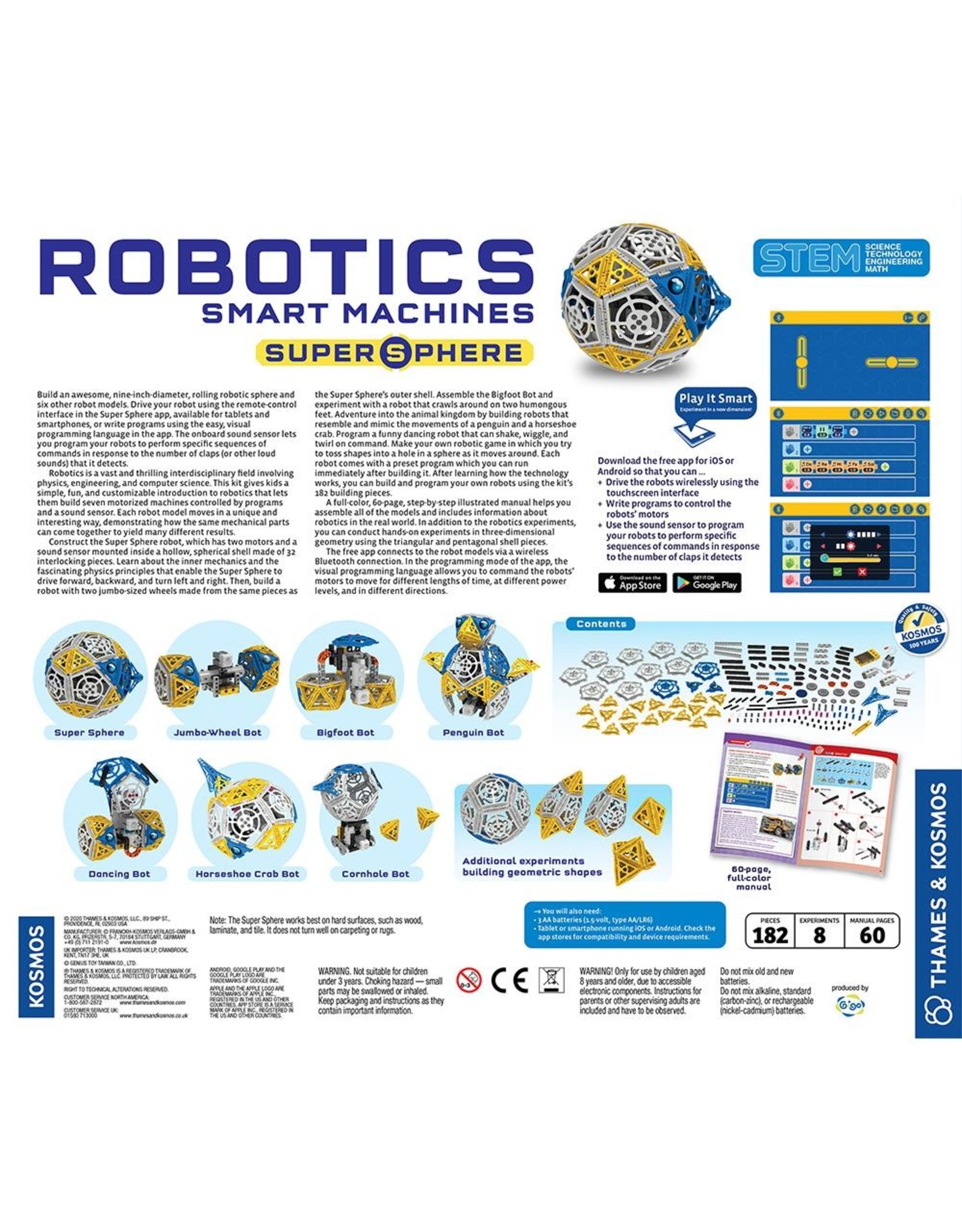 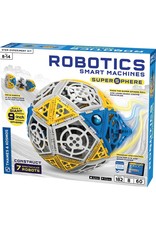 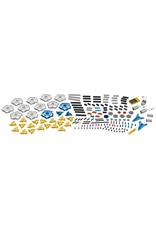 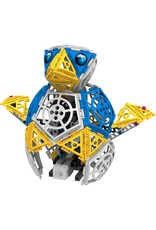 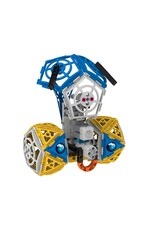 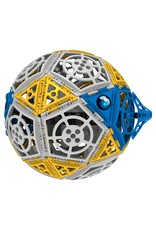 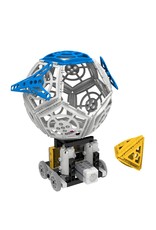 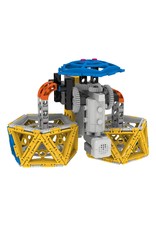 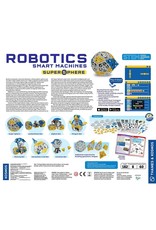 Build an awesome, nine-inch-diameter, rolling robotic sphere and six other robot models. Drive your robots using the remote-control interface in the included app, which you can install on your tablet or smartphone. Or write programs for your robots using an easy, visual programming language in the app. The onboard sound sensor lets you program your robots to perform specific sequences of commands in response to the number of claps (or other very loud sounds) that it detects.

Robotics is a vast and thrilling interdisciplinary field involving physics, engineering, and computer science. This kit gives kids a simple, fun, and customizable introduction to robotics that lets them build seven motorized machines controlled by programs and a sound sensor. Each robot model moves in a unique and interesting way, demonstrating how the same mechanical parts can come together to yield many different results.

Construct the Super Sphere robot, which has two motors and a sound sensor mounted inside a hollow, spherical shell made of 32 interlocking plastic pieces. Learn about the inner mechanics and the fascinating physics principles that enable the Super Sphere to drive forward, backward, and turn left and right. Then, build a robot with two jumbo-sized wheels made from the same pieces as the Super Sphere’s outer shell. Assemble the Bigfoot Bot and experiment with a robot that crawls around on two humongous feet. Adventure into the animal kingdom by building robots that resemble and mimic the movements of a penguin and a horseshoe crab. Program a funny dancing robot that can shake, wiggle, and twirl on command. Make your own robotic game of cornhole and try to toss the pieces into the hole as it moves around. Each robot comes with a preset program which you can run immediately after building it. After learning how the technology works, you can build and program your own robots using the kit’s 182 building pieces.

A full-colour, 60-page, step-by-step illustrated manual helps you assemble all of the models and includes information about robotics in the real world, as well as the inspirations for the fantastic robot models in the kit. In addition to the robotics experiments, you can conduct hands-on experiments in three-dimensional geometry using the triangular and pentagonal shell pieces.

The free app connects to the robot models via a wireless Bluetooth connection. In the programming mode of the app, the visual programming language allows you to command the robots’ motors to move for different lengths of time, different power levels, in different directions. You can also program the app to play simple melodies. You can program up to four unique sequences of commands in each individual program, and you can save up to 24 individual programs in the app. When a program is running, the number of claps detected by the sound sensor determines which of the four sequences your robot will perform. For example, you could program your robot to drive in a circle at the sound of two claps, or in a straight line at the sound of three claps. What will you command your robots to do?! Requires a tablet or smartphone running iOS or Android. Check the app stores for compatibility and device requirements.