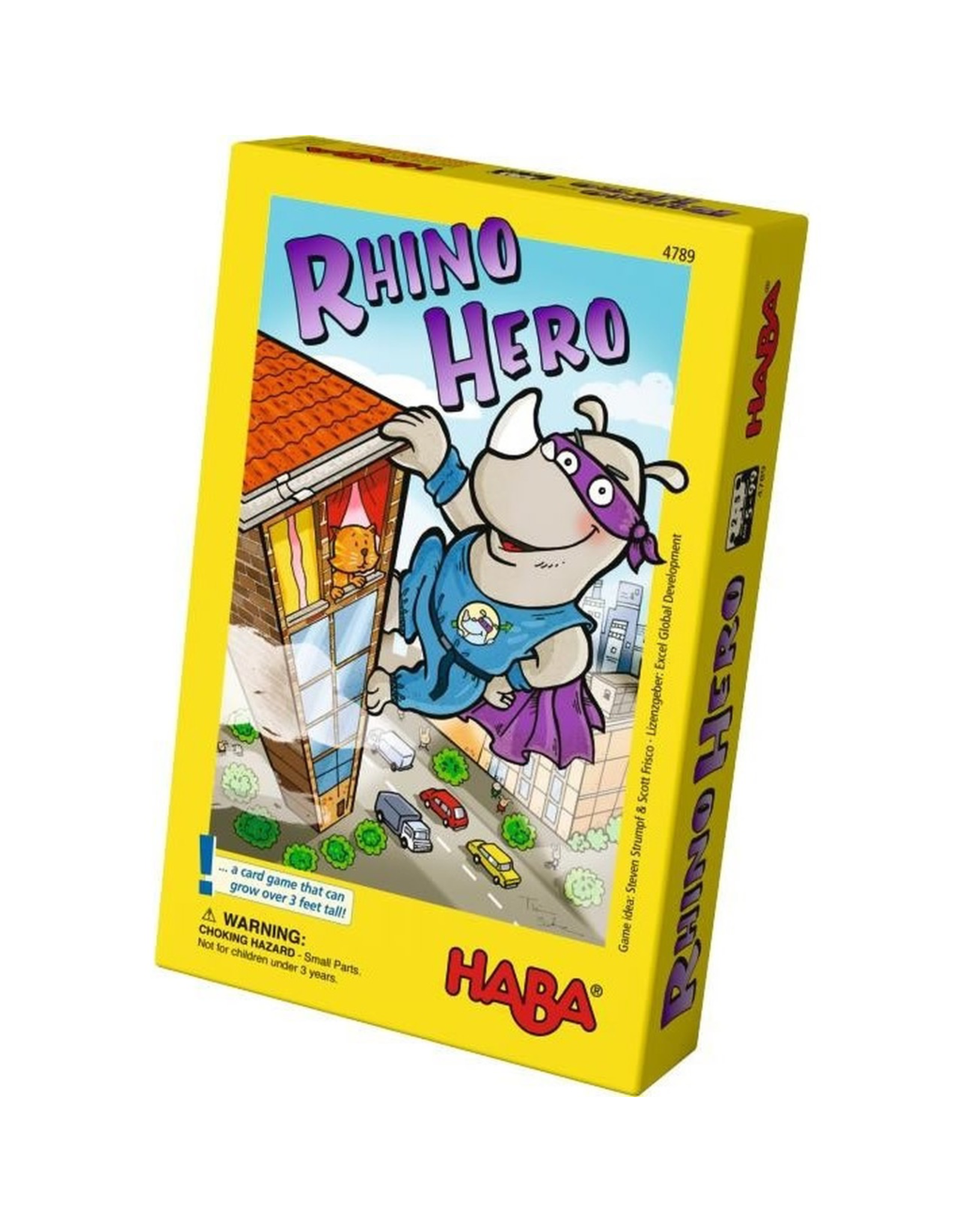 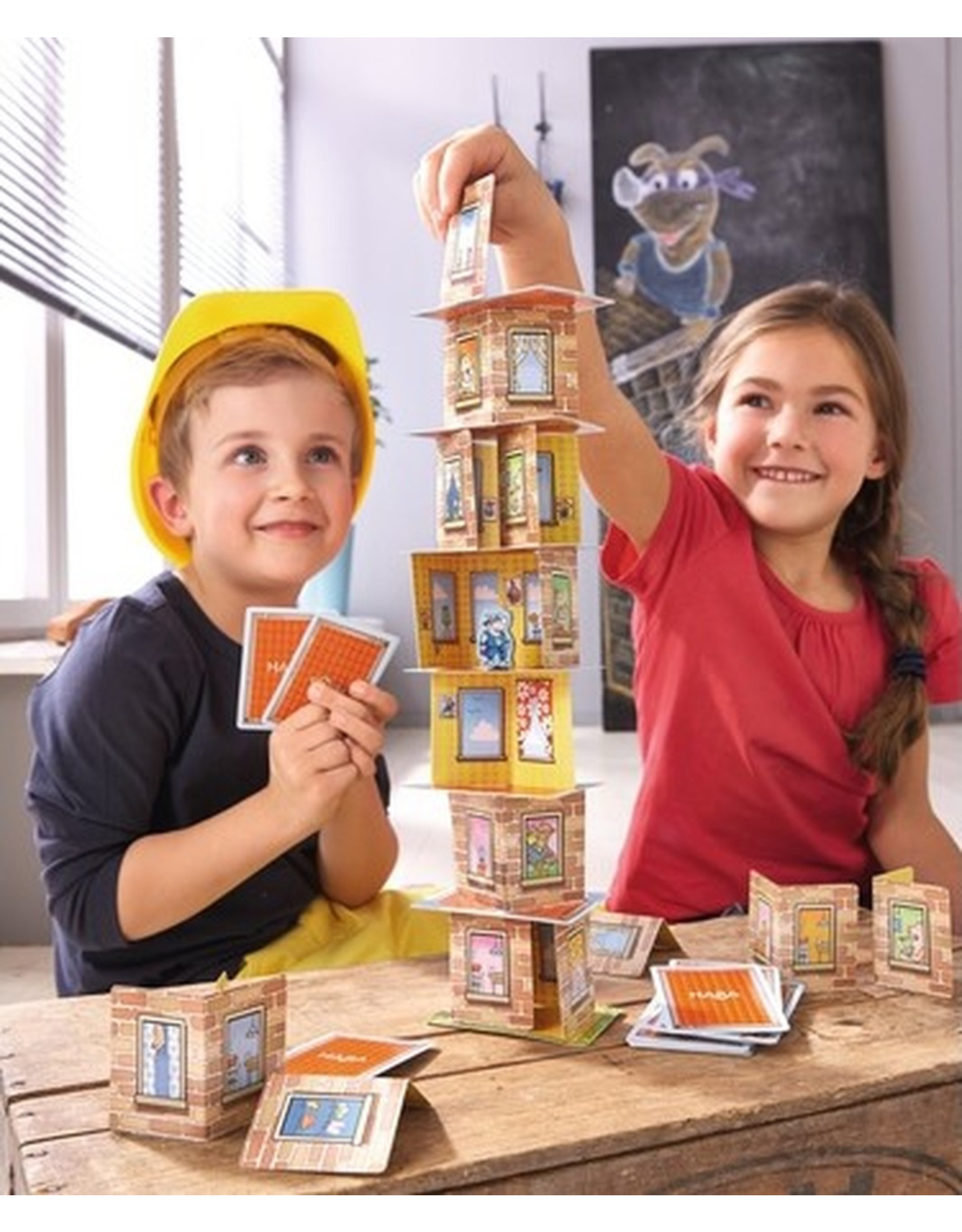 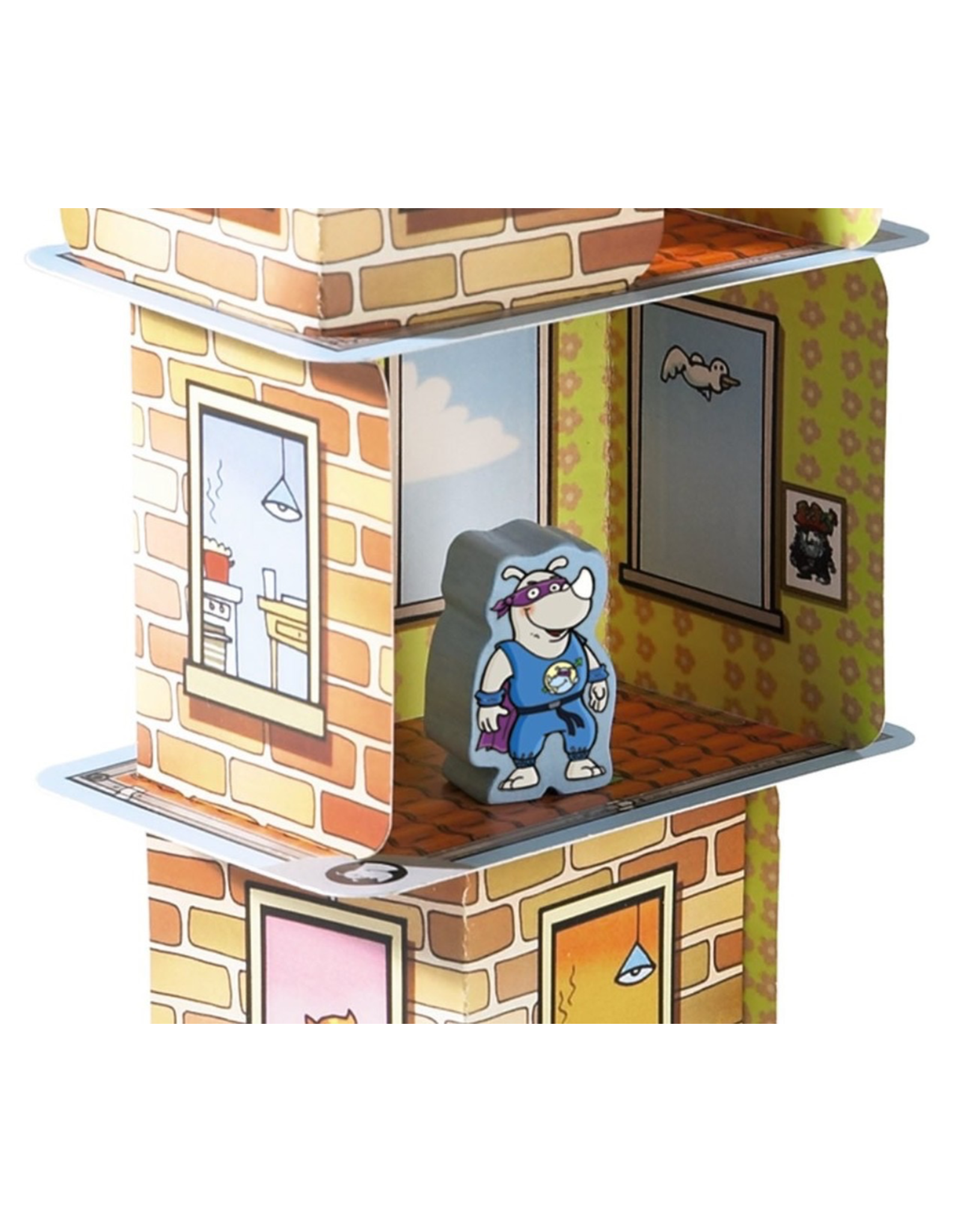 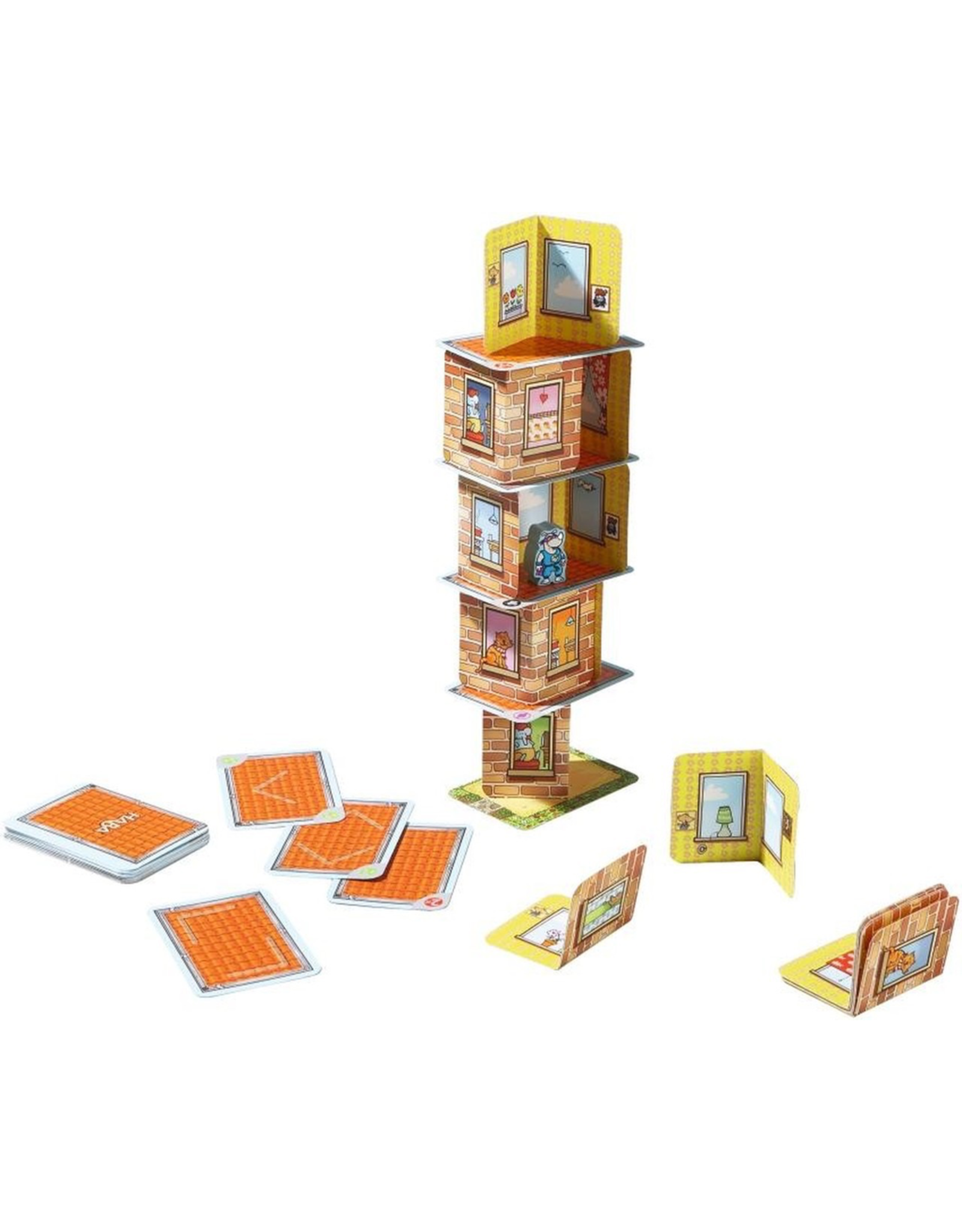 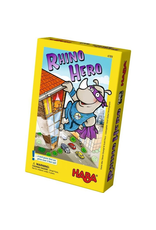 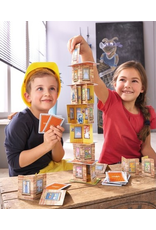 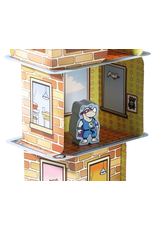 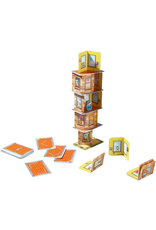 What is that? Is that a rhino climbing up the wall? Rhino Hero is out and about again. The super hero from the animal world fearlessly scales the highest houses looking for burglars and rogues. He is strong as a lion and as smart as a fox, but also as heavy as a rhinoceros. So when Rhino Hero is around even the most robust tower may start to wobble.
Can you help Rhino Hero accomplish his wobbly construction mission and build a skyscraper as tall and solid as possible? A heroic 3D card-stacking game!