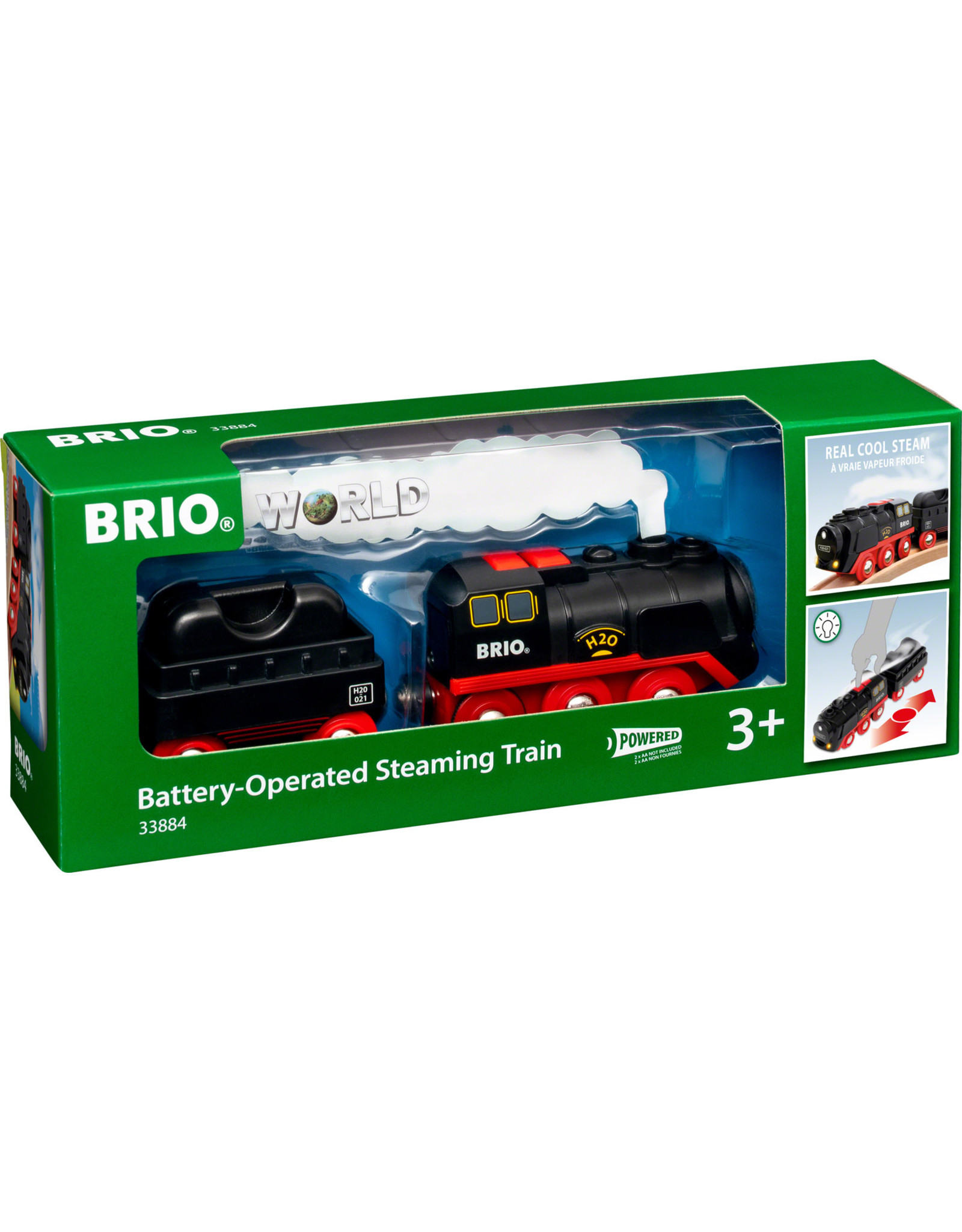 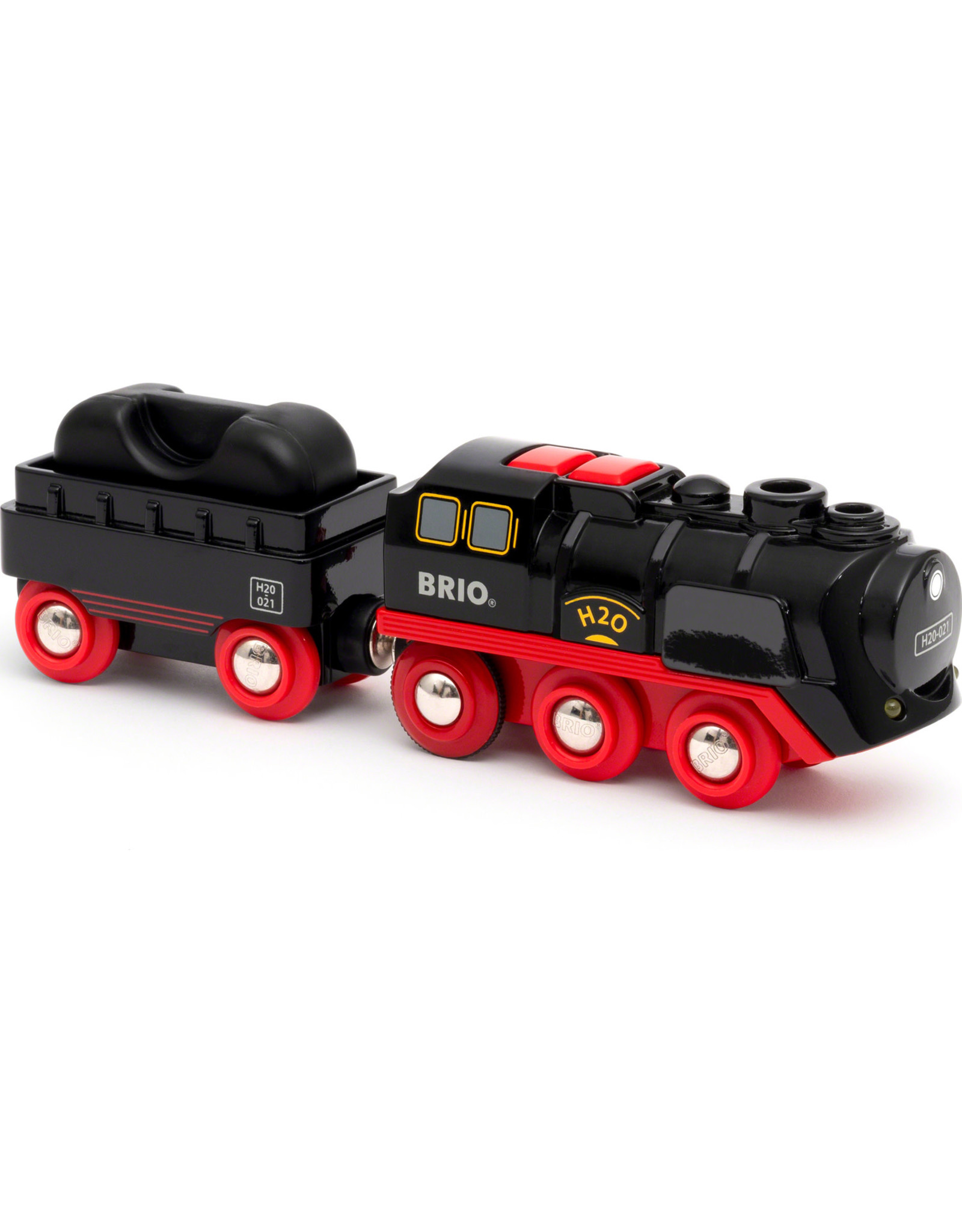 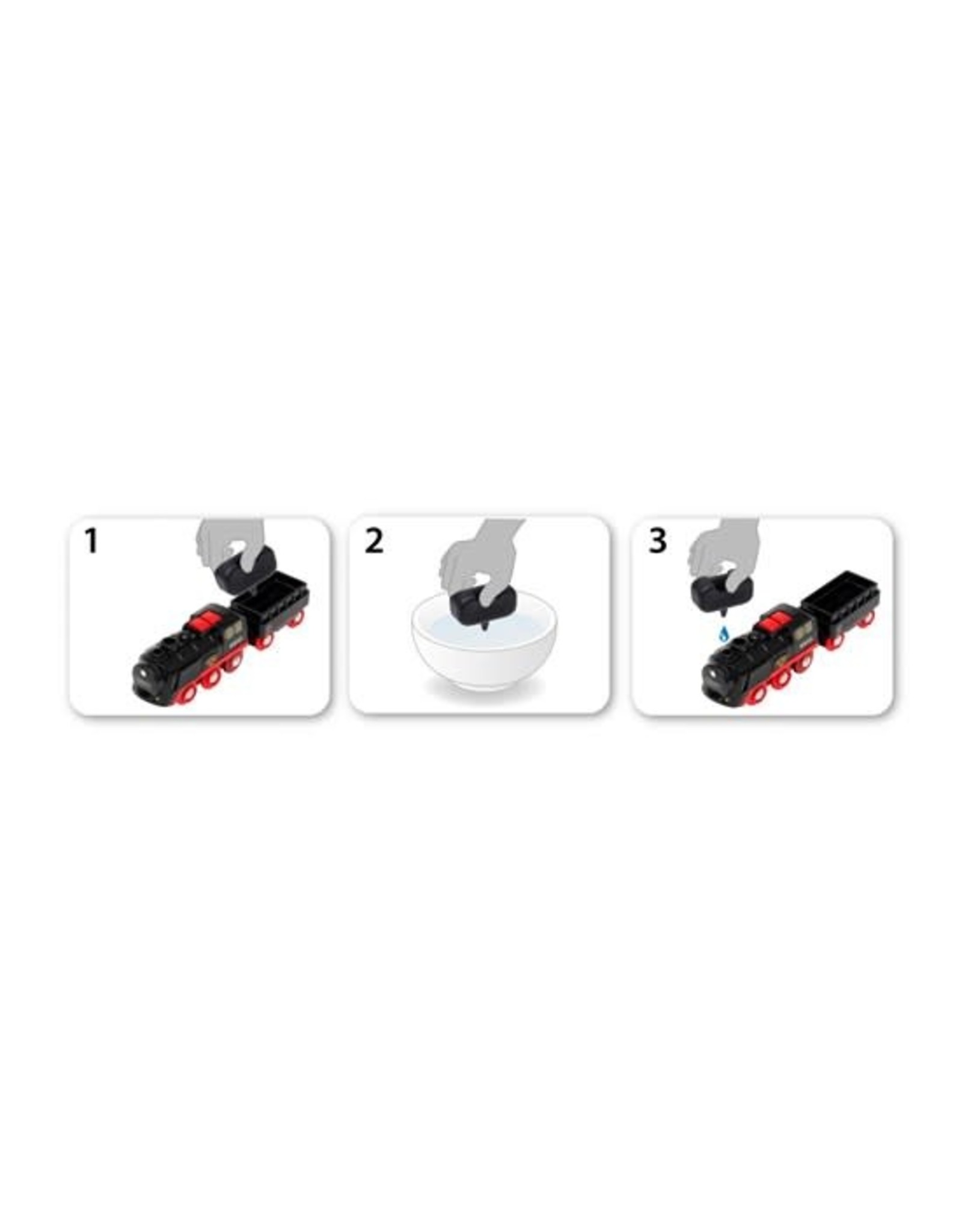 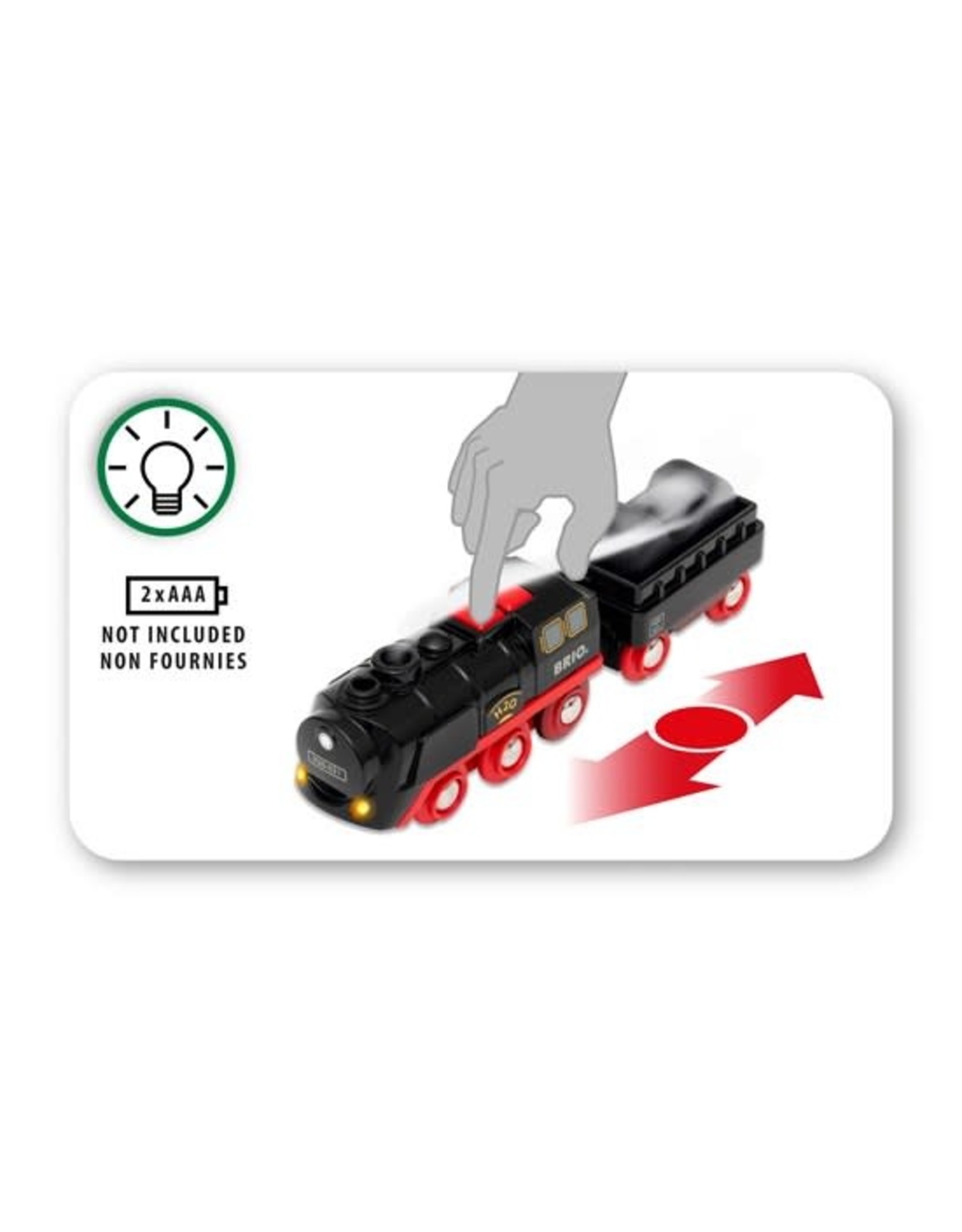 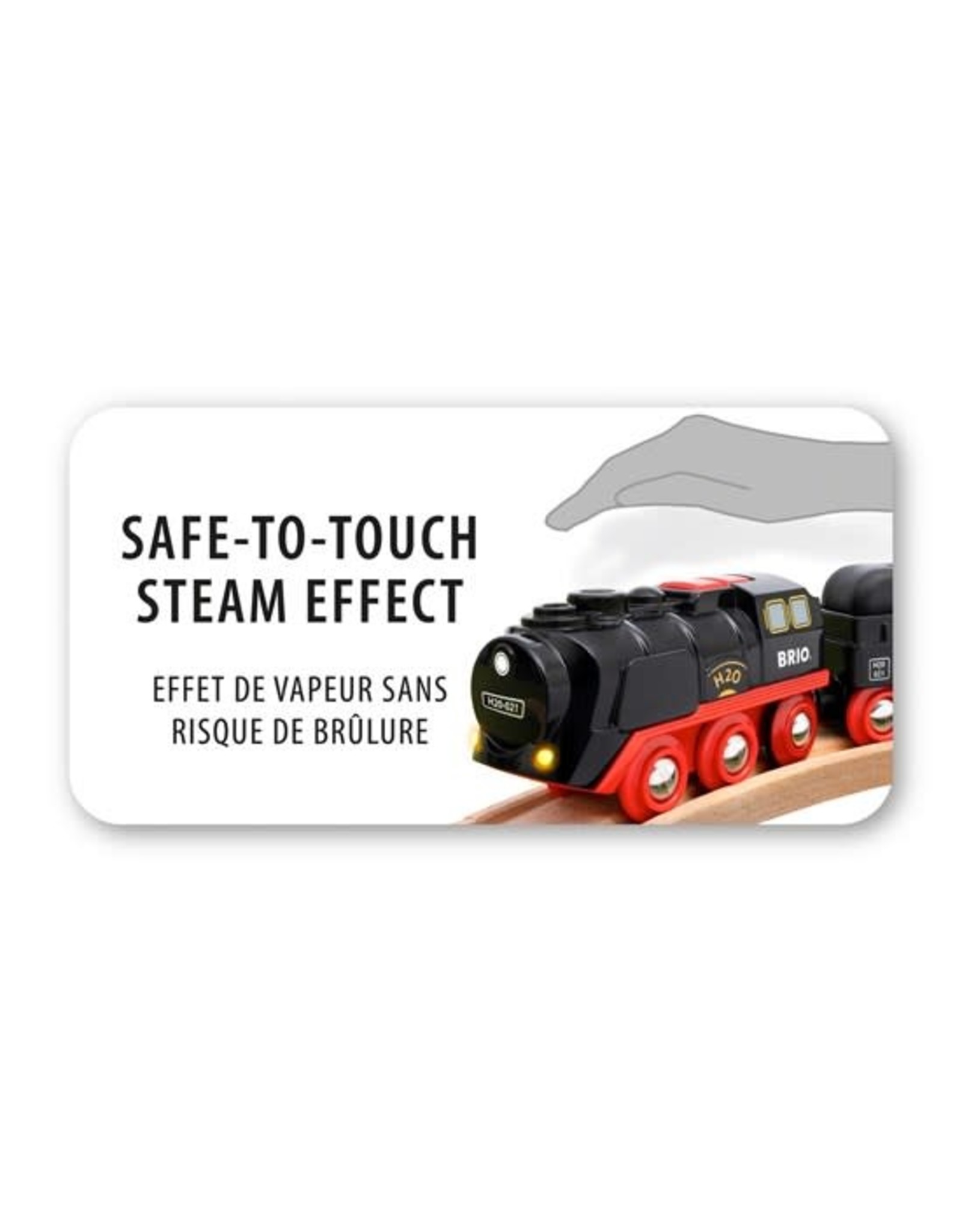 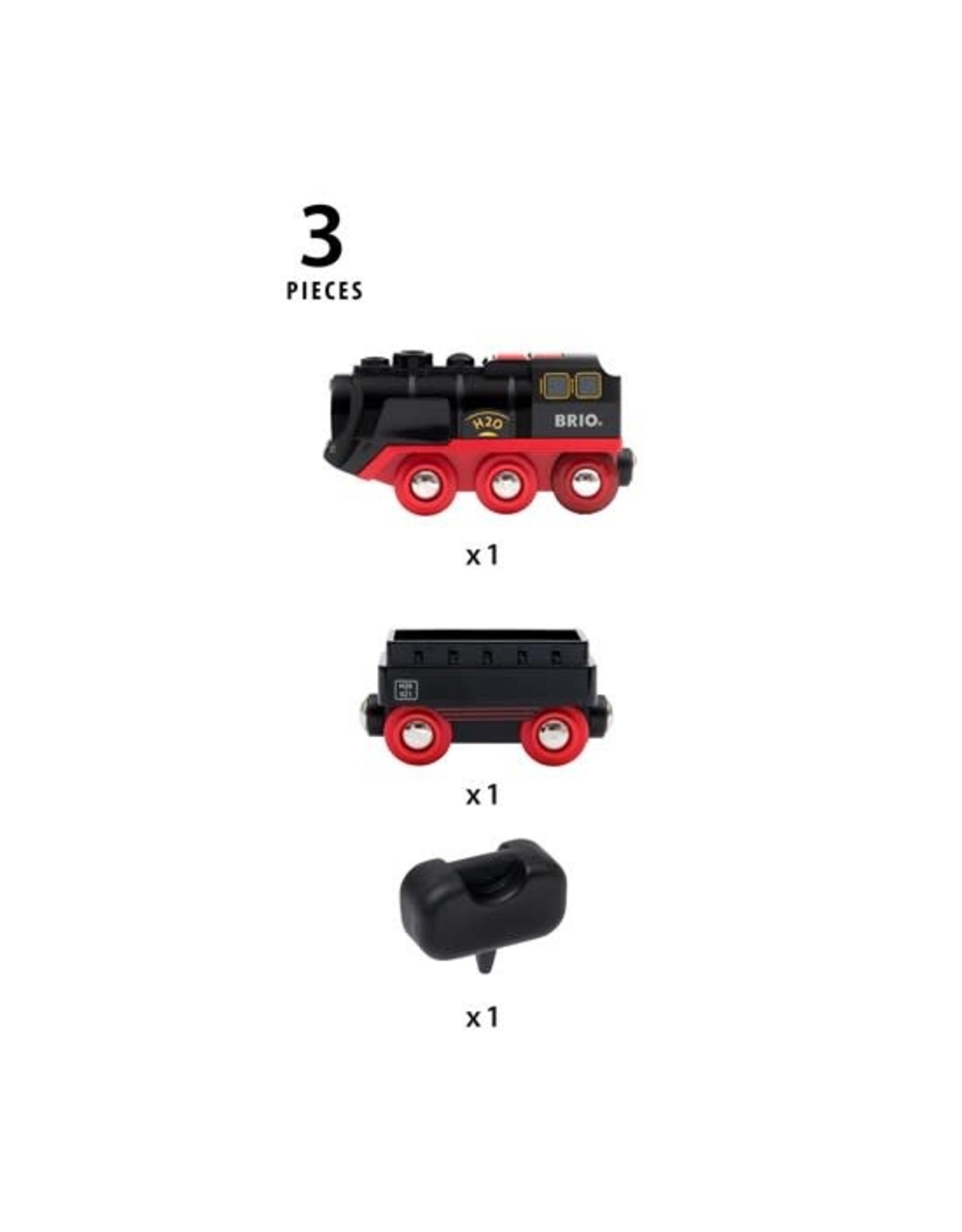 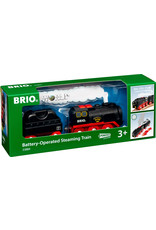 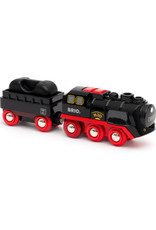 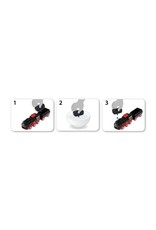 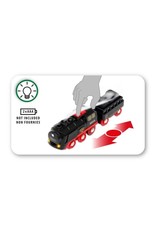 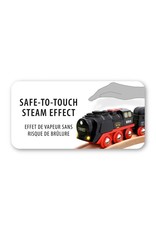 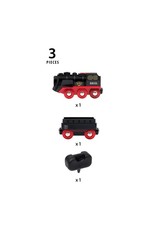 “Full steam ahead!”. Chug around your BRIO World railway with realistic steam effects in the 33884 Battery-Operated Steaming Train.

Realistic steam effects: This battery-powered engine produces safe-to-touch steam from its chimney as it speeds down the tracks. Once you’re out of water, you can easily refill the engine using the refill load that’s being pulled behind the train. Lift out the black refill load from the cargo wagon and carefully fill it with water, inject the water into the engine via the filling chimney at the front and then you’re ready to go again.

Battery-powered: Active the lights and movement by either pressing the red forward or backward button on the top of the engine. The steam will automatically come out of the chimney when the train is moving. Press either of the buttons again and the train will come to a halt, turning off the steam effects and light.

Part of BRIO World: The Battery-Operated Steaming Train is a great addition to any BRIO World railway set or layout, featuring classic BRIO magnetic coupling for easy connection to other vehicles.