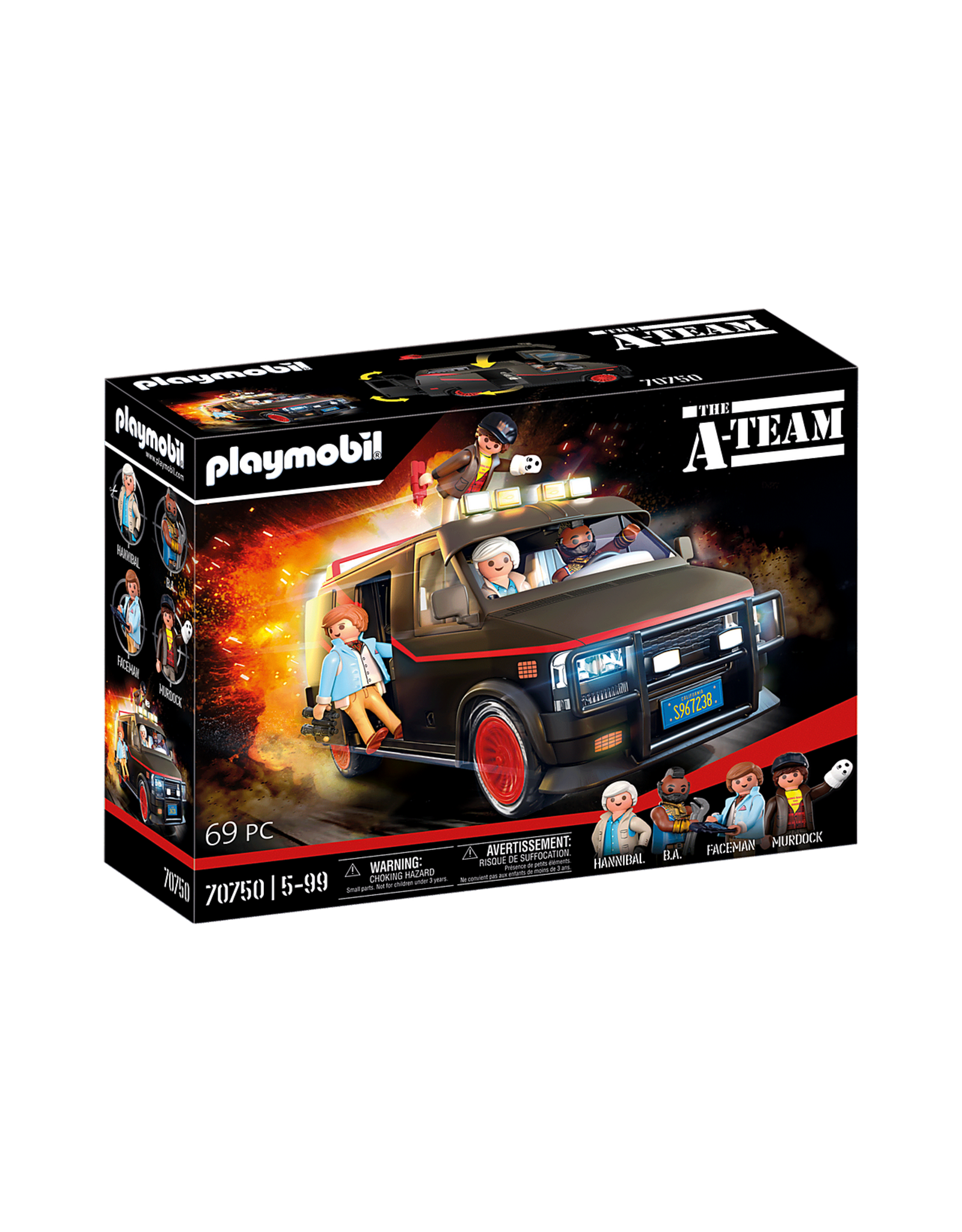 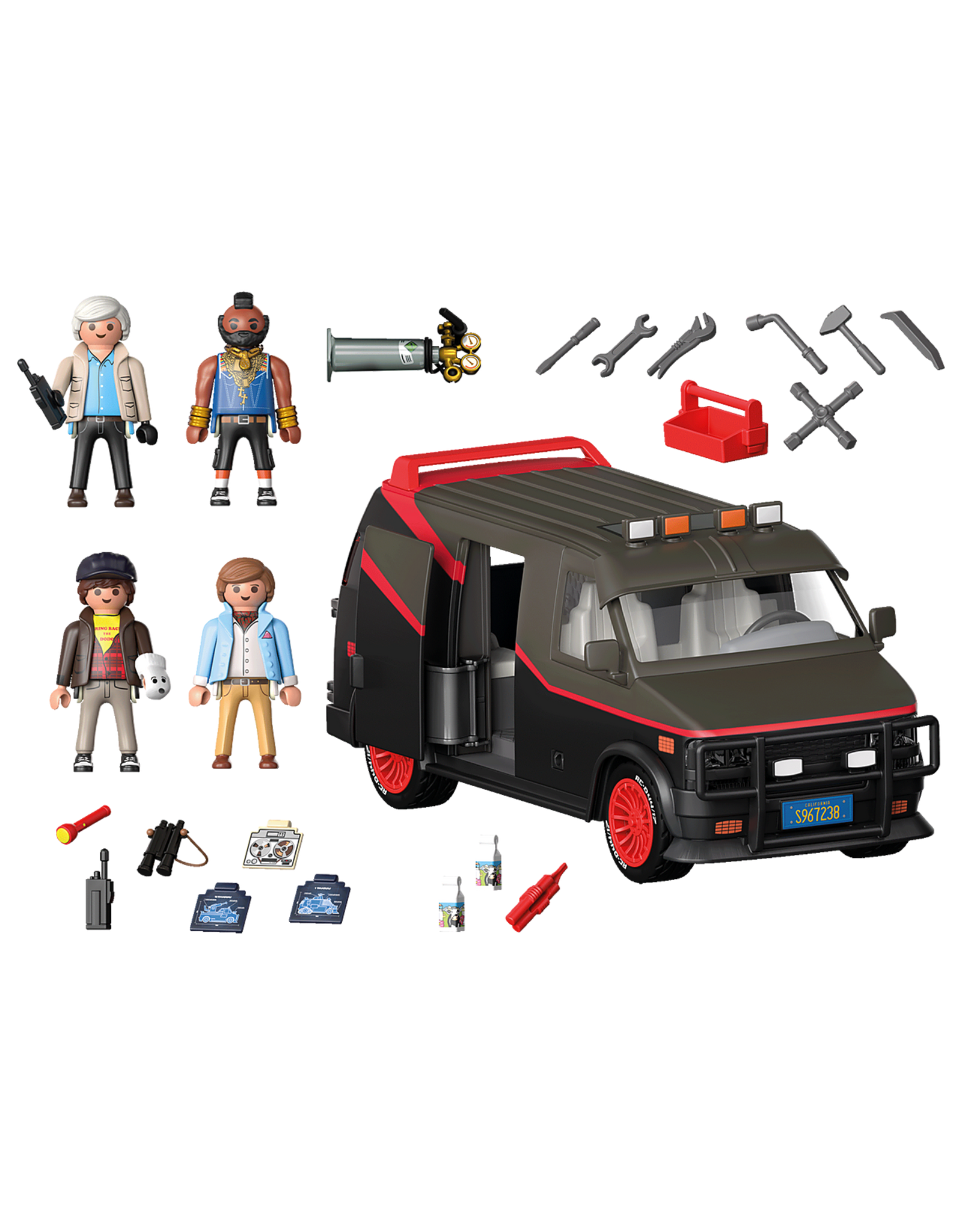 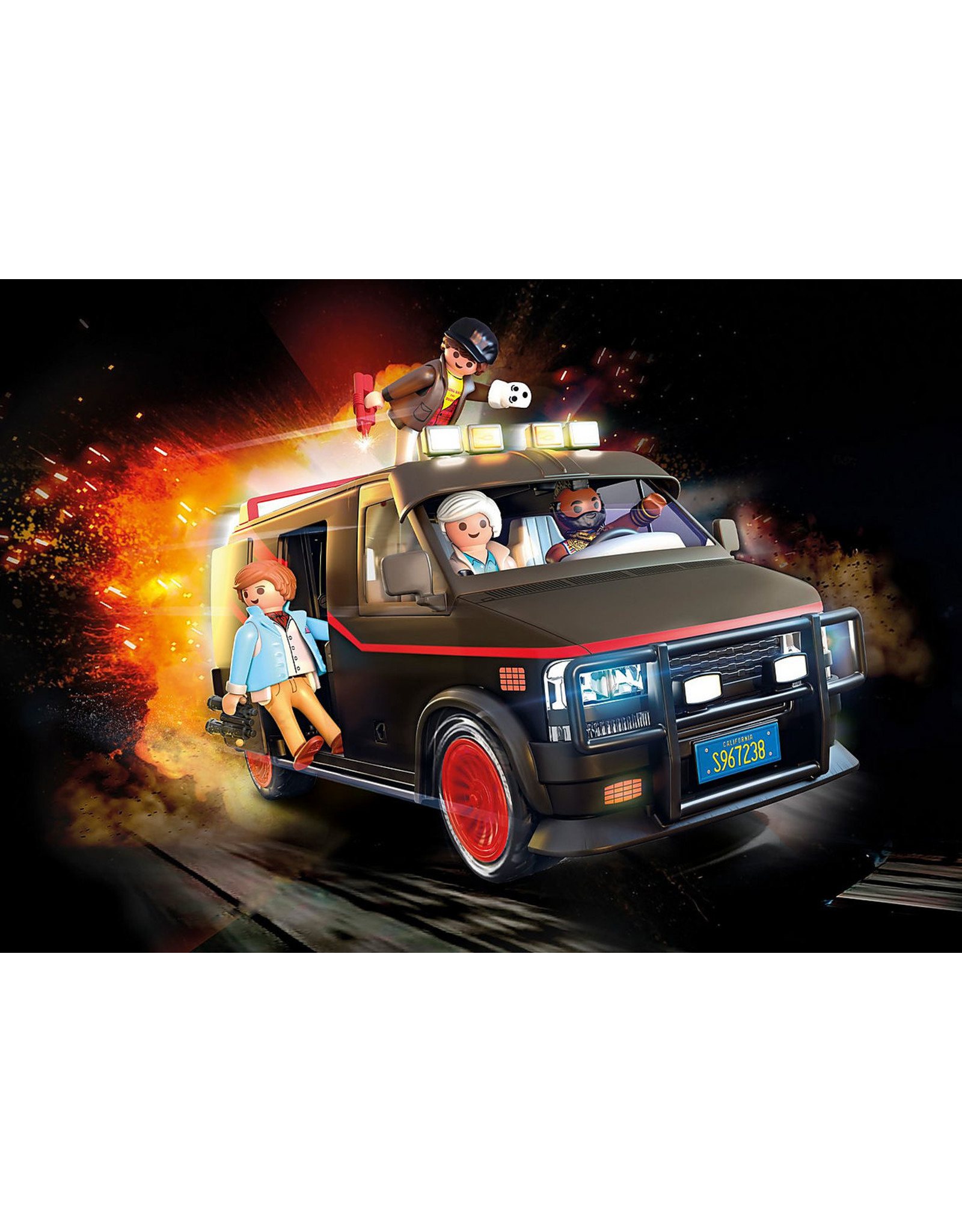 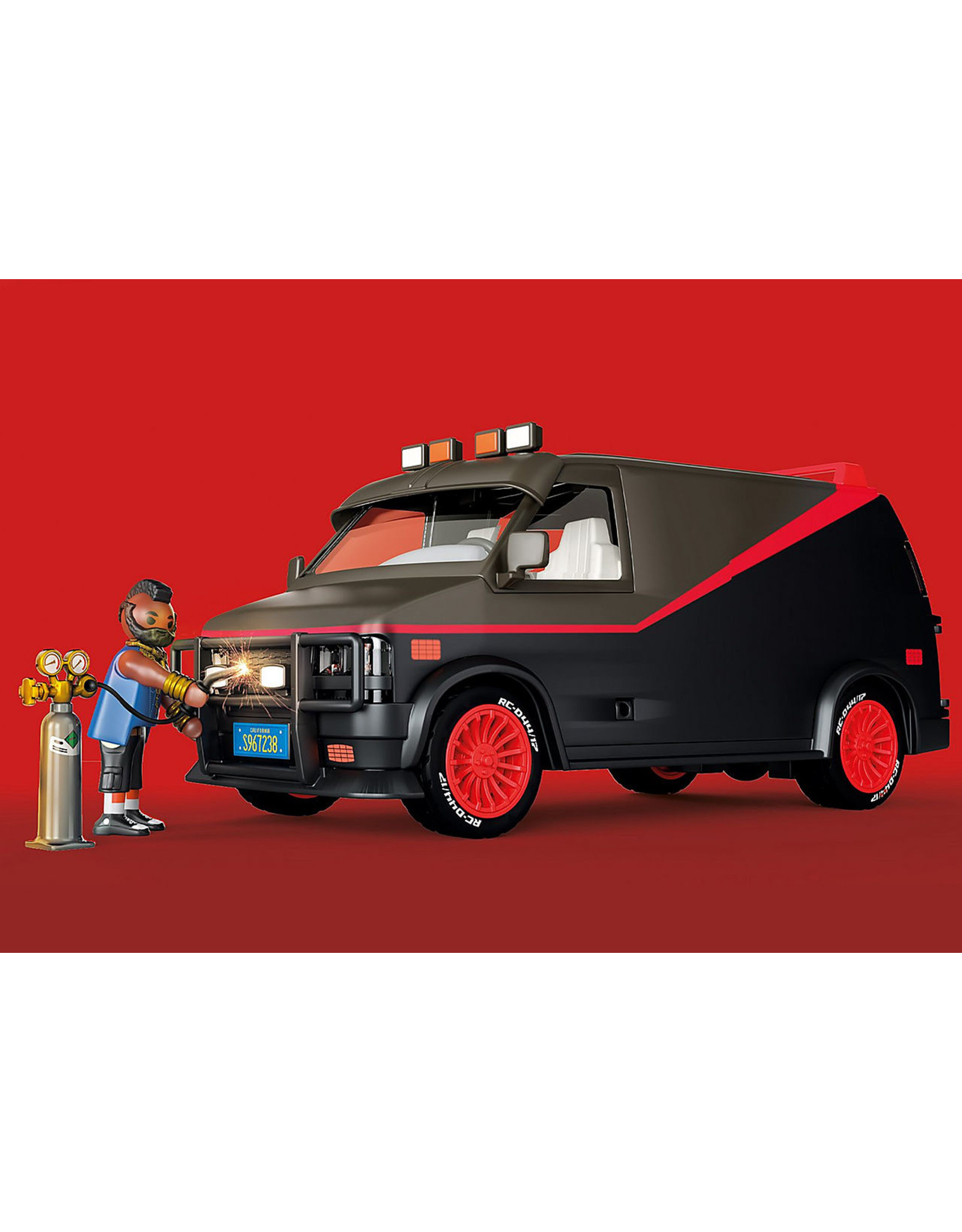 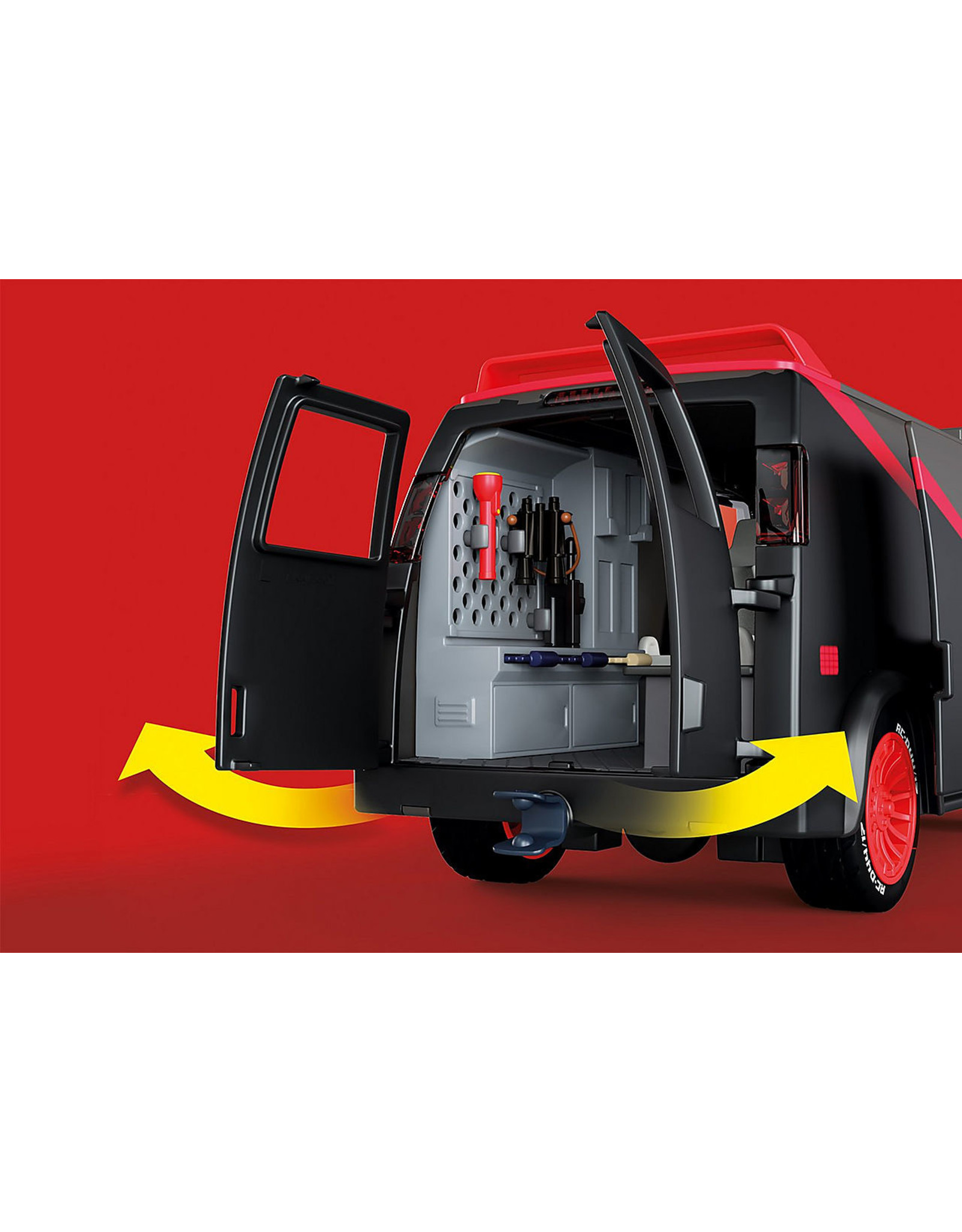 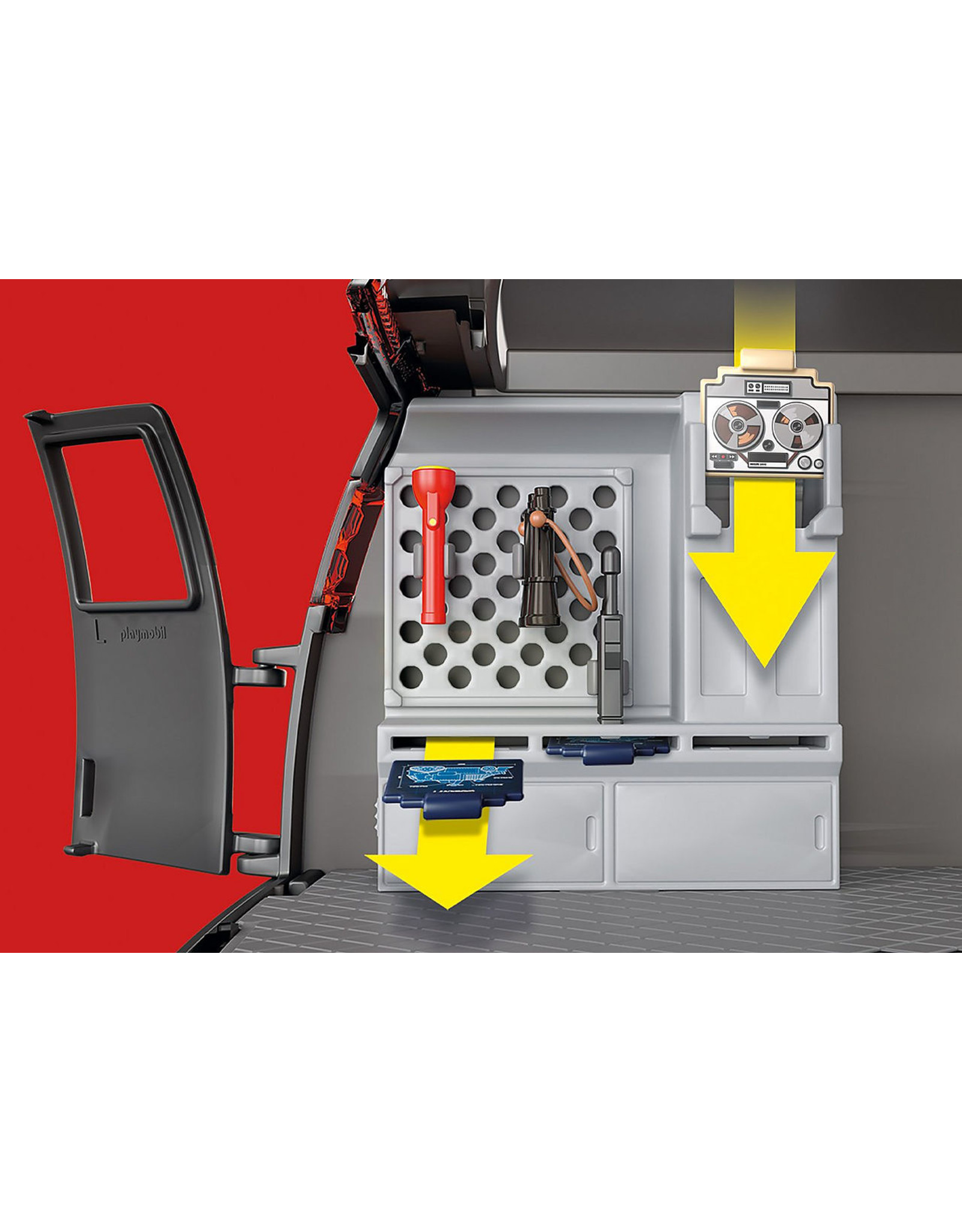 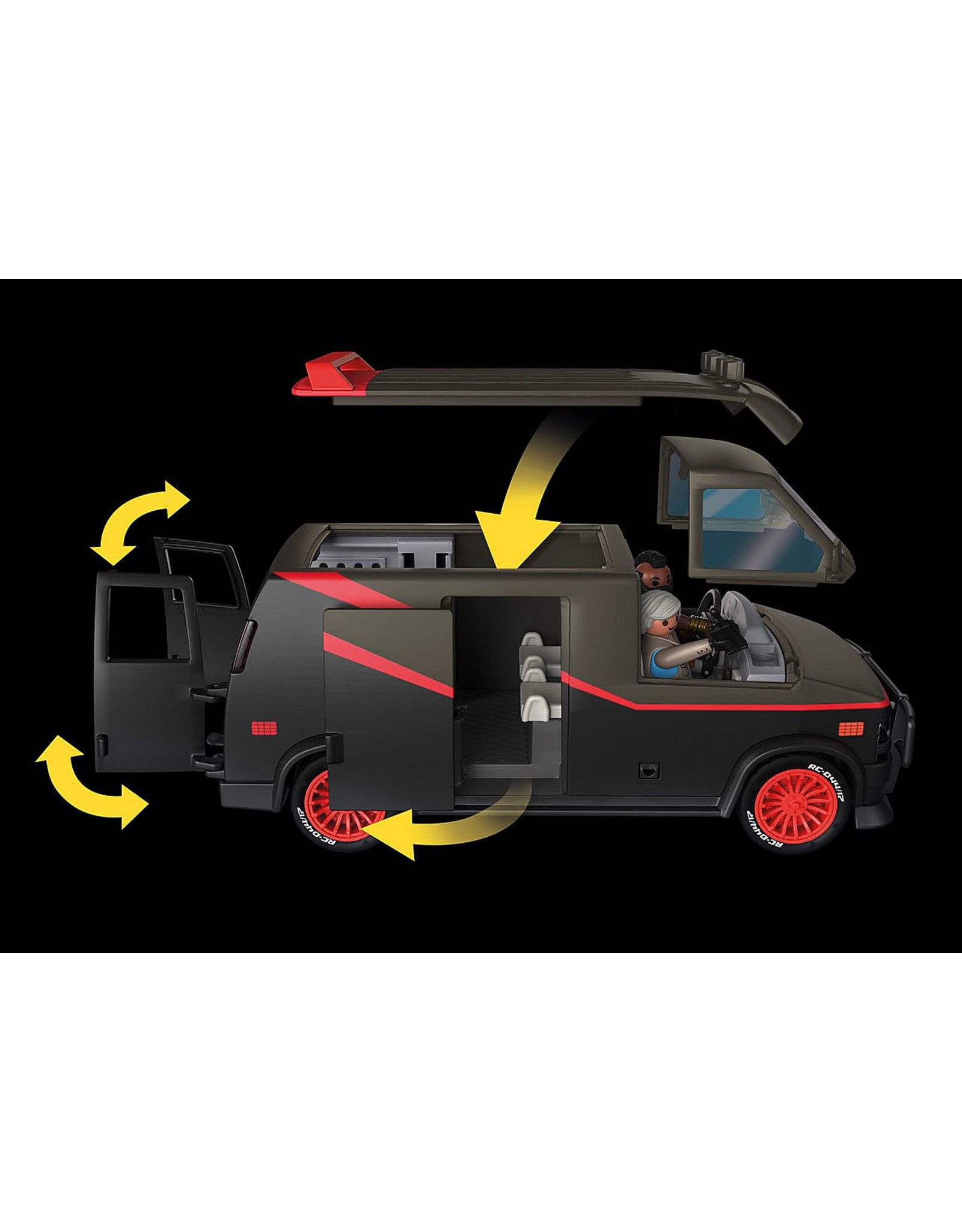 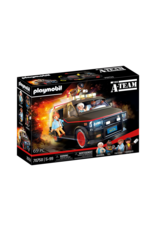 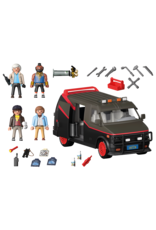 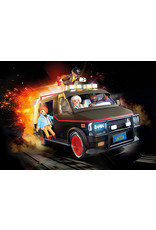 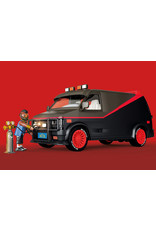 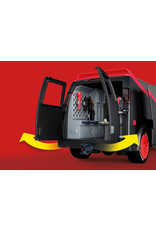 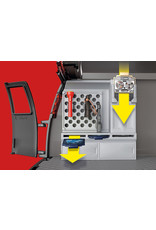 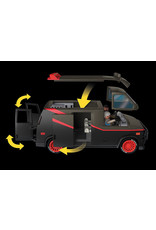 This is the vehicle of The A-Team with extensive interior equipment, as well as the legendary characters Hannibal, B.A., Face and Murdock.

The A-Team are four ex-elite soldiers on an unusual mission. Sent to prison by a military court for a crime they did not commit, they escaped and now help others in need. If you have a problem, if no one else can help, and if you can find them, maybe you can hire, the A-Team. Besides Hannibal, B.A., Face and Murdock, the fifth team member is definitely the mega-cool A-Team Van. With its extensive interior equipment with monitor, welding machine, operation boards, cabinet and perforated wall for various accessories, the van is well equipped for any special operation. Of course, all team members find space inside the van. The roof inserts can be removed for easier play. Like the original, the PLAYMOBIL A-Team Van also has the iconic three colour painting, an extended sun visor and red rims. A highlight not only for movie car collectors and A-Team fans, but also PLAYMOBIL fans! The set includes Hannibal, B.A., Face and Murdock, as well as a van with space for five figures. The side door and tailgate of the van can be opened.