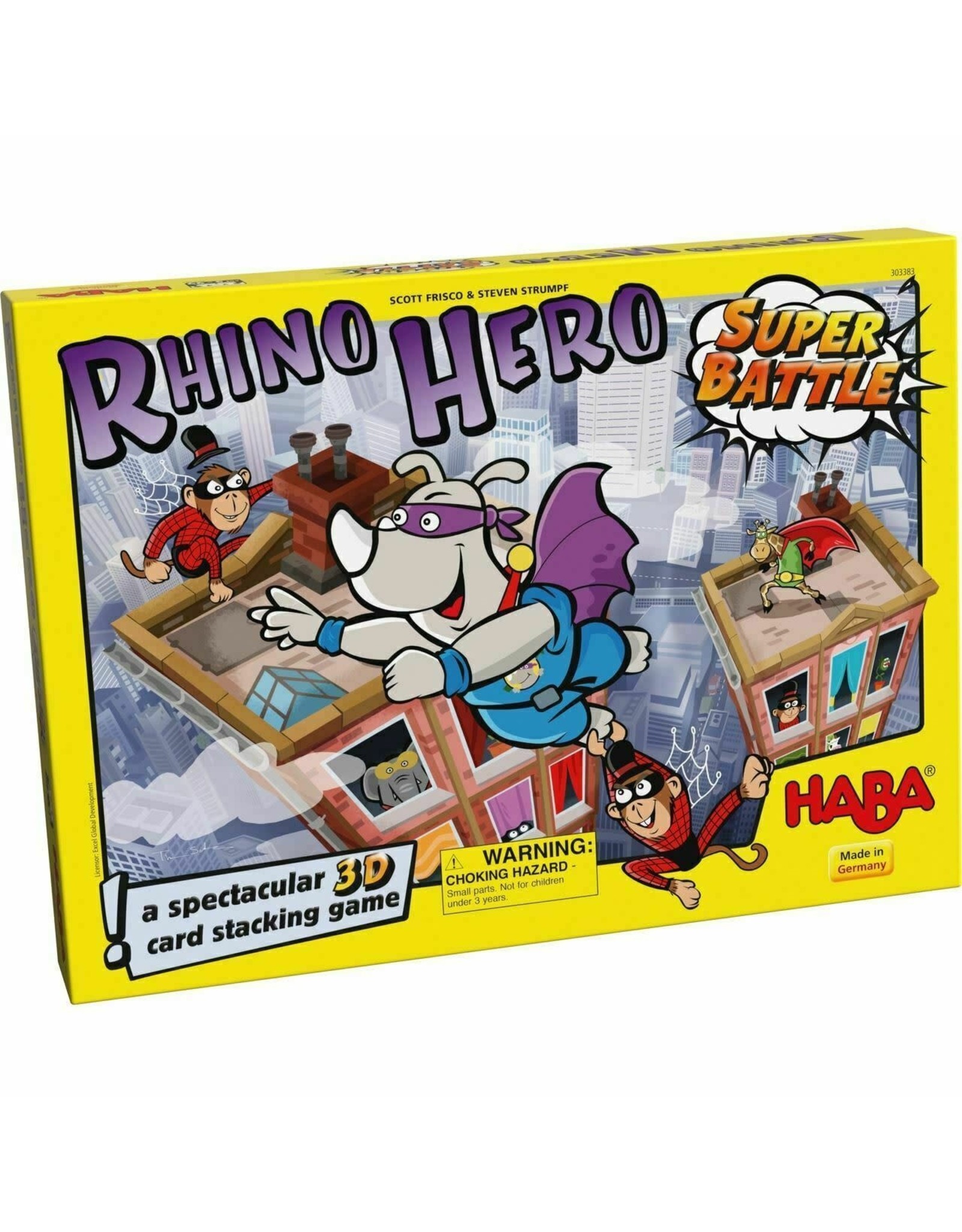 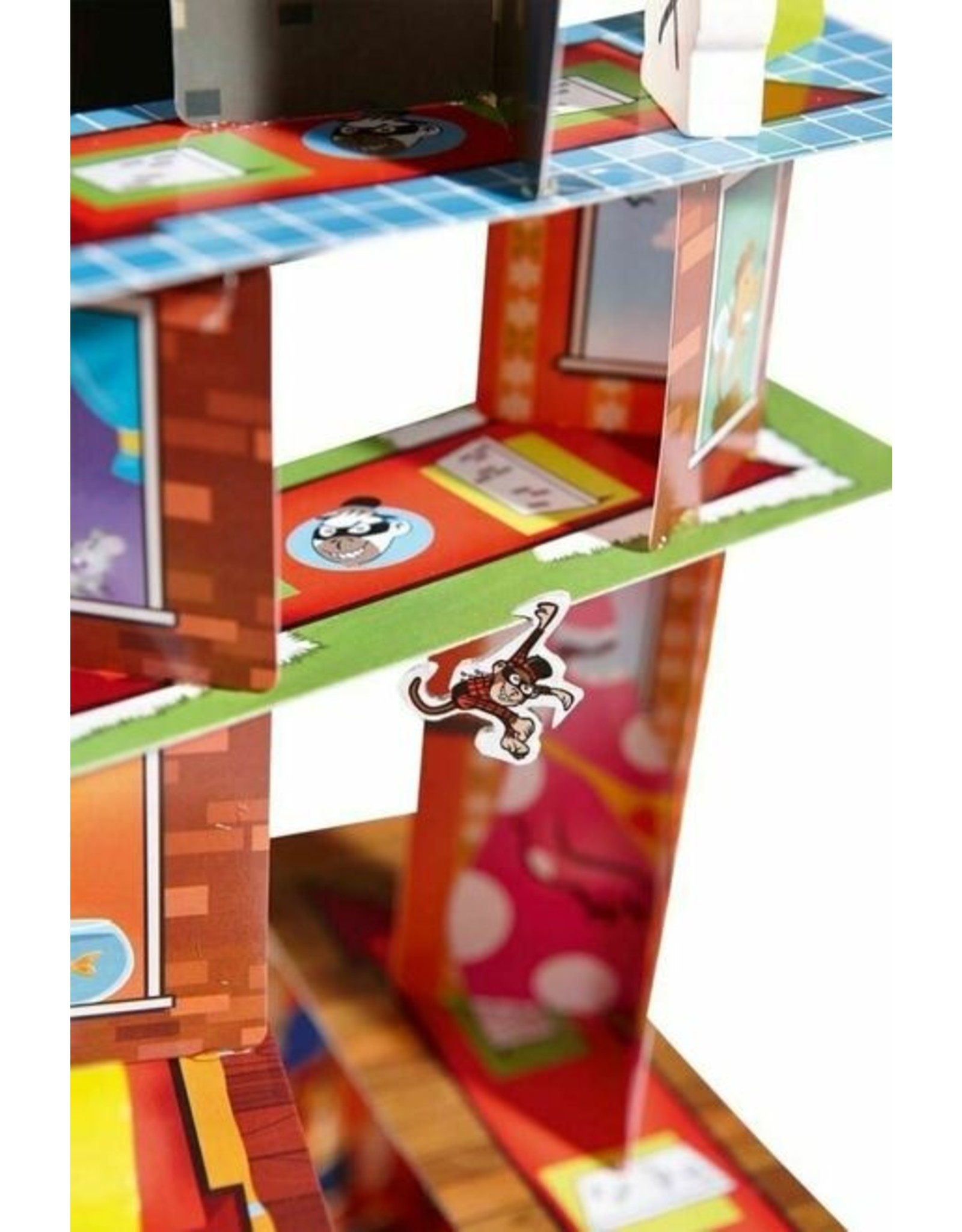 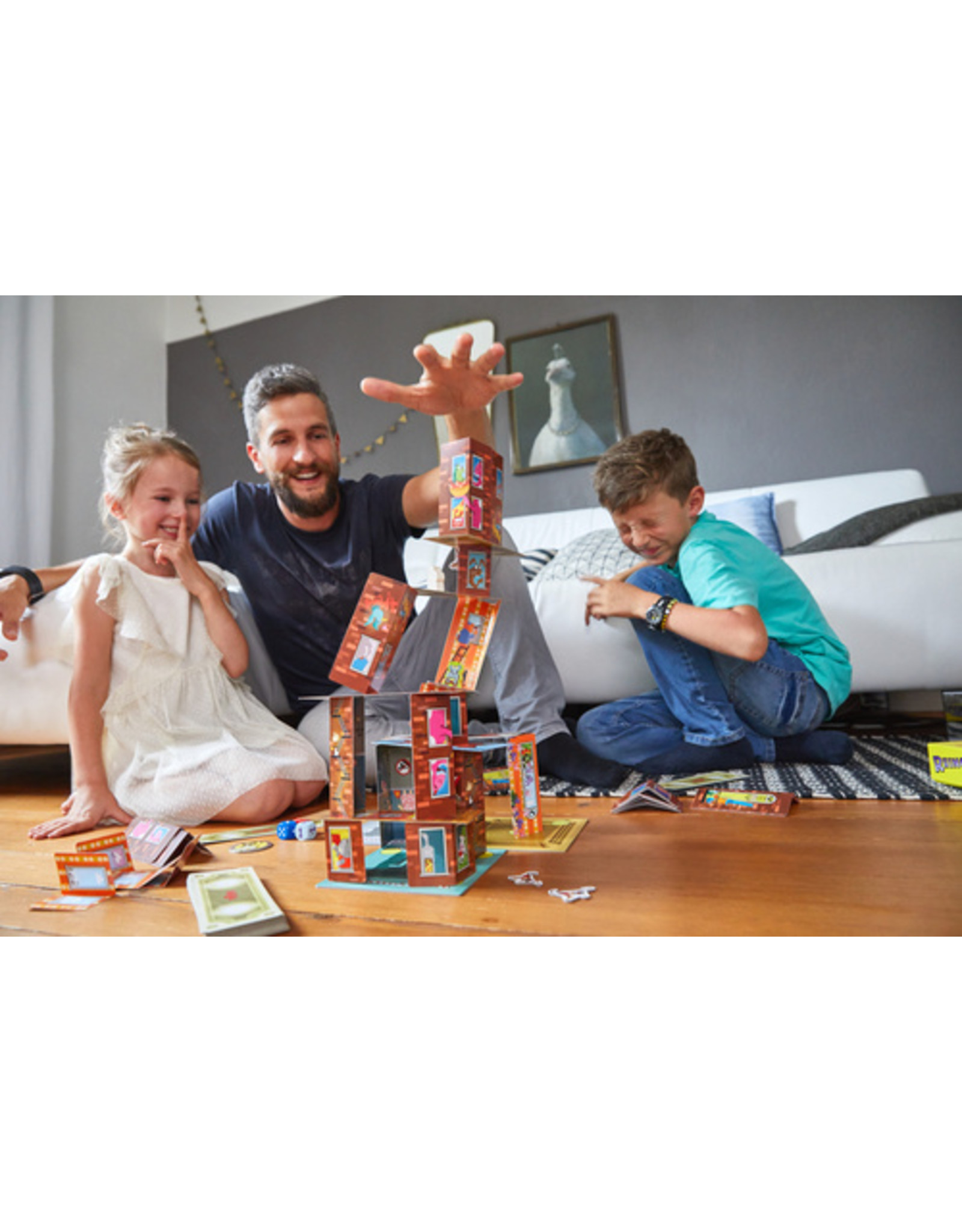 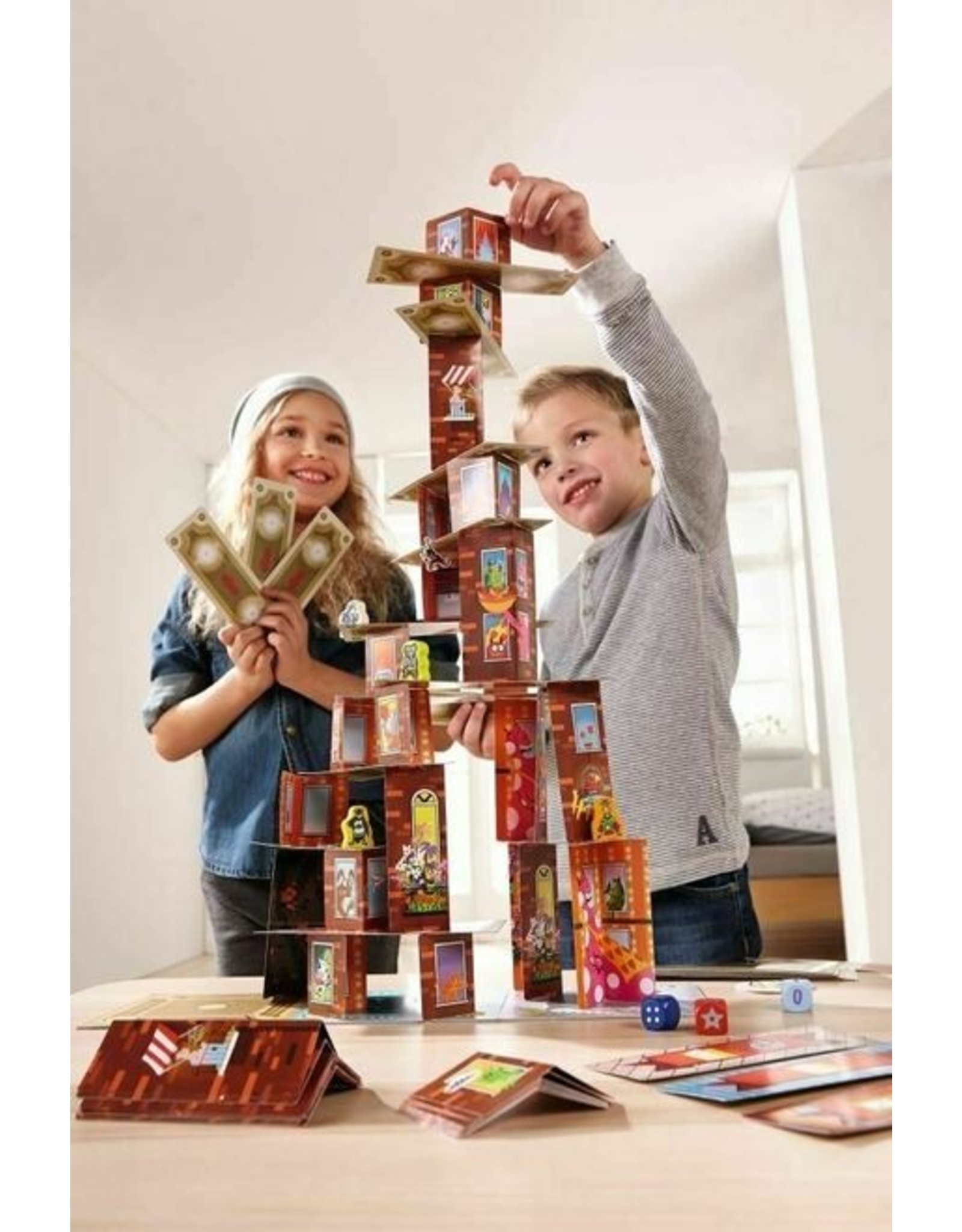 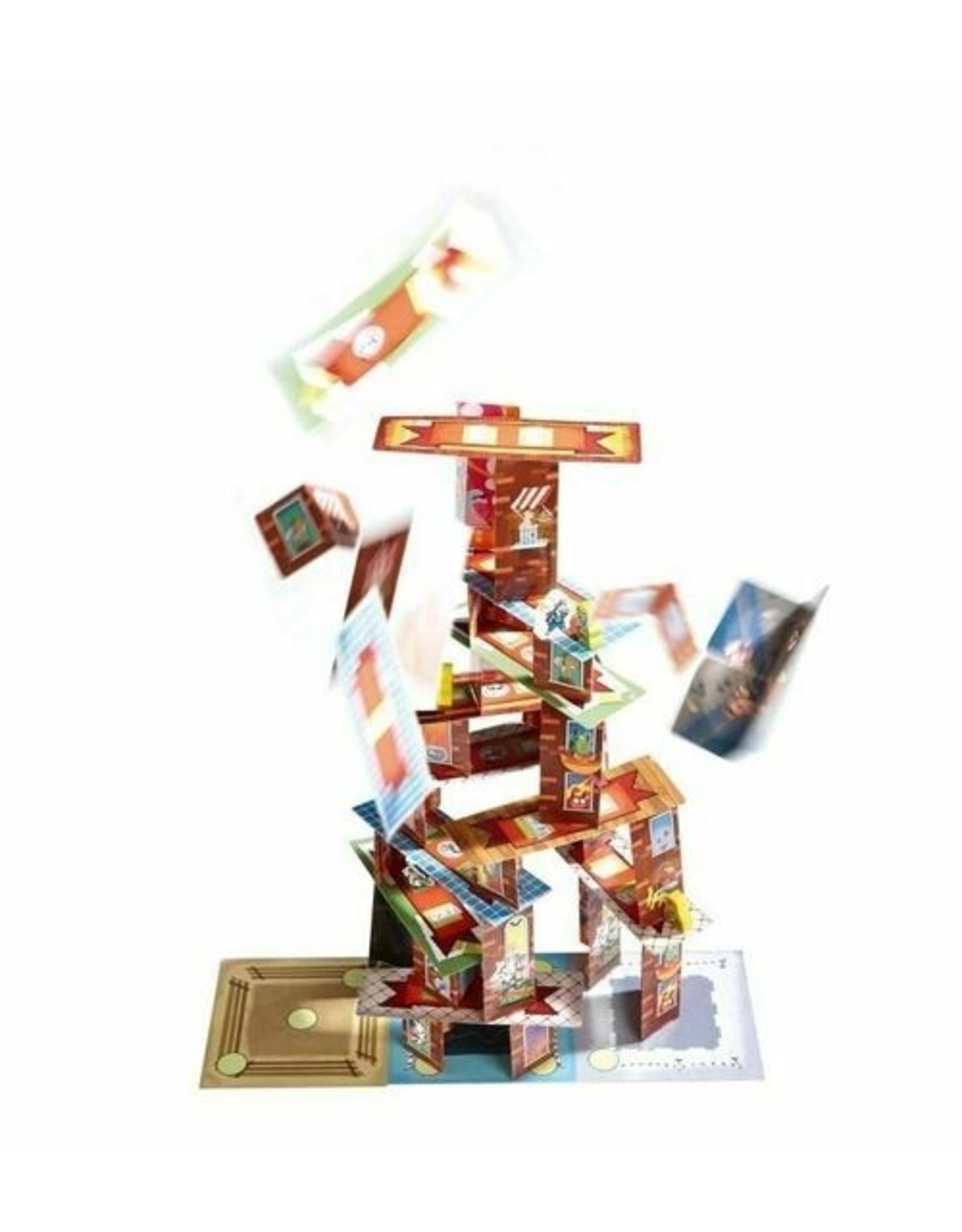 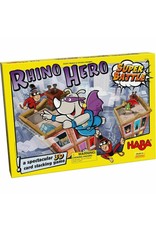 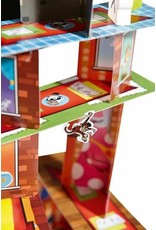 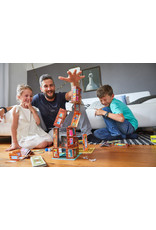 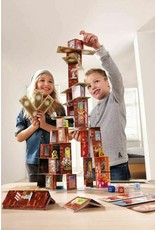 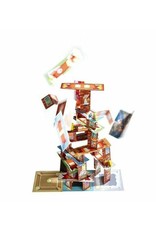 Rhino Hero is back on the job! And this time, not only does the wobbly skyscraper need to be climbed, but there will be fierce battles between four superheroes: Rhino Hero himself and three new additions: Giraffe Boy, Big E. and Batguin. Who will win the battles and successfully fend off the mean spider monkeys? A turbulent 3D stacking game and the long awaited stand-alone sequel to our Fan Favorite "Rhino Hero".

Tips:
The game can be made more difficult by having the game board show less than 10 build points. At the start of the game arrange the three base pieces however you want. If only the red starting points are shown then there are only 5 points and you have chosen the most difficult starting setup... and/or by only allowing only one hand to be used for building. And it's even more difficult if players are only allowed to use their less dominant hand!  The game is more varied if you combine it with the original game "Rhino Hero"(item #: 4789). The walls from this game can be used as short walls. And if you use the additional Rhino Hero figure you can play with 5 players!