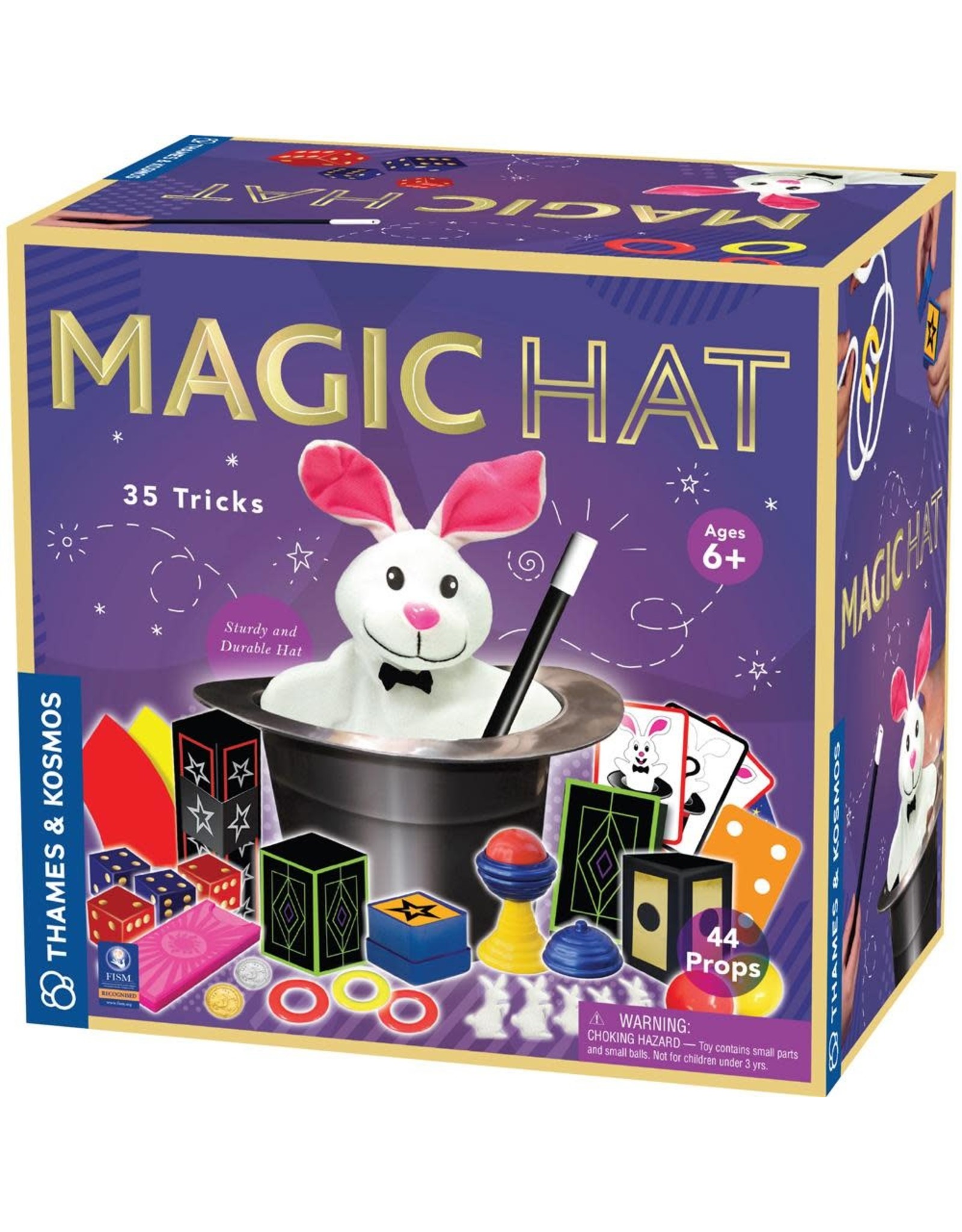 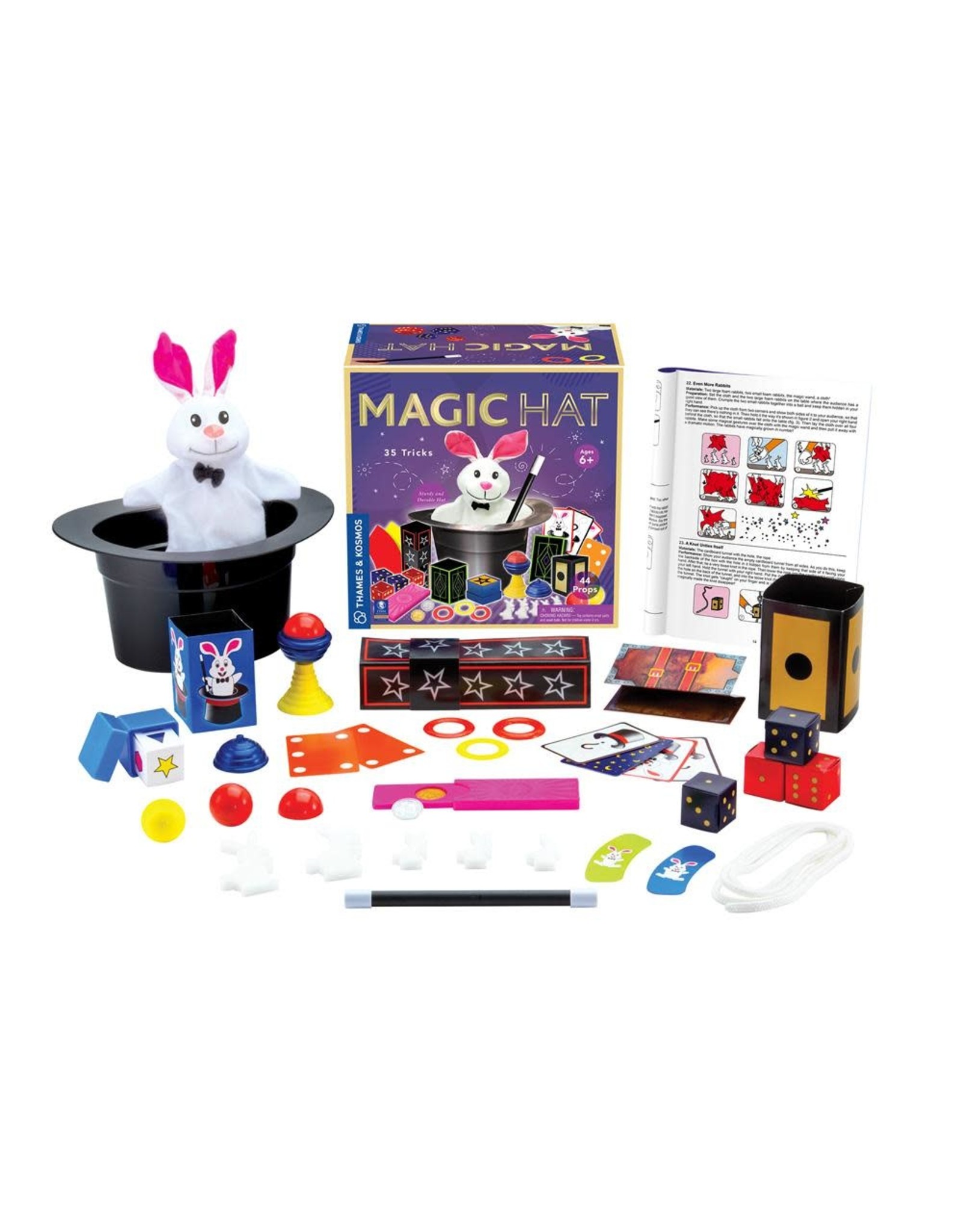 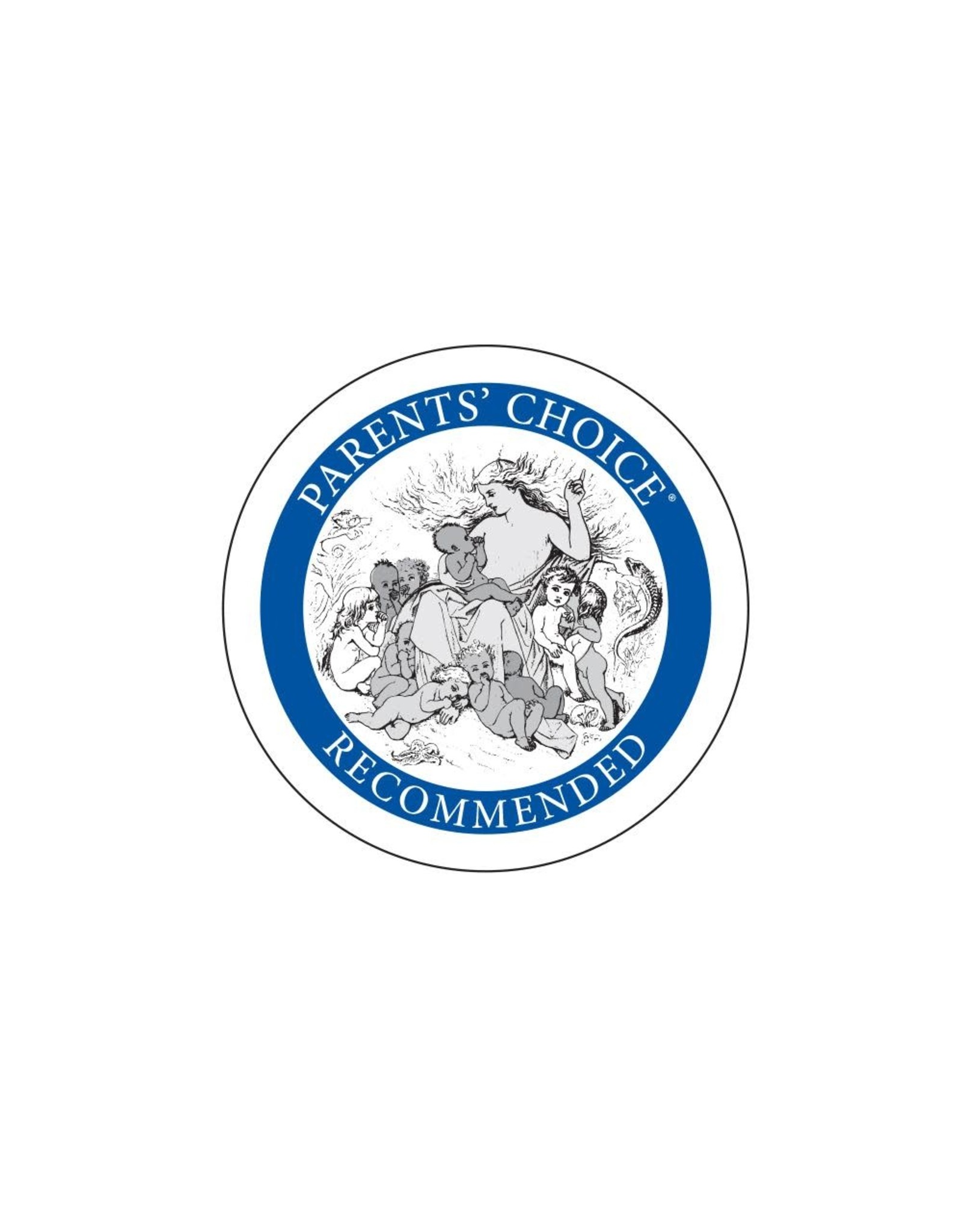 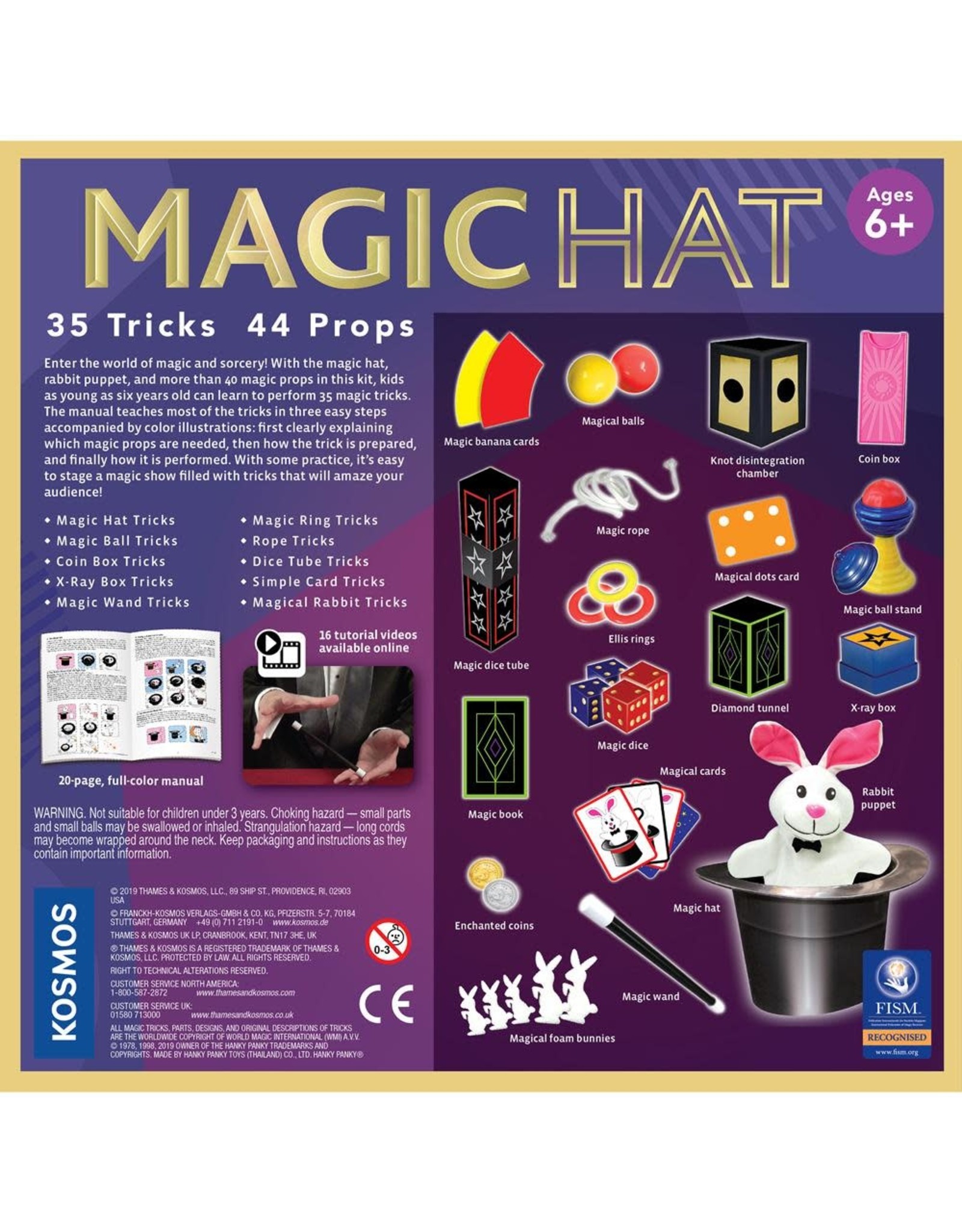 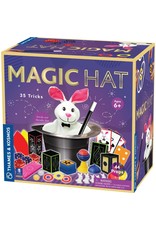 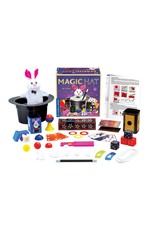 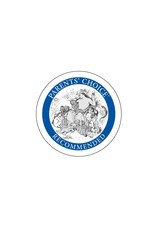 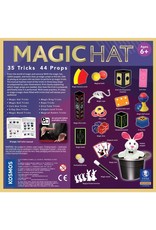 Enter the world of magic and sorcery! With the magic hat and rabbit puppet, as well as more than 40 other magic props, kids as young as six years old can learn and perform 35 magic tricks. The manual teaches most of the tricks in three easy steps accompanied by colour illustrations, first clearly explaining which magic props are needed, then how the trick is prepared, and finally how it is performed. With some practice, it becomes easy to stage a magic show filled with fun and successful tricks that will amaze your audience.

Pull a rabbit from a seemingly empty hat. Make a ball disappear from a magic cup, reappear again, and change colour. Make cards grow and shrink. Make a coin disappear and reappear with a magic coin box. Use X-ray vision to magically see symbols through a solid, opaque surface.

Make your magic wand float, bend, and grow. Magically change the colour of a ring, duplicate the ring, and make it pass through the wand. Little foam rabbits appear, disappear, multiply, and move around as if by magic.

Astound your audience with rope tricks in which knots untie themselves and dice tricks where dice change location and colour inside a magic tunnel. Conjure up money as if out of thin air. Make rabbit cards appear and disappear. Learn simple card tricks with special cards.

For one magician, ages 6 and up, and many audience members.