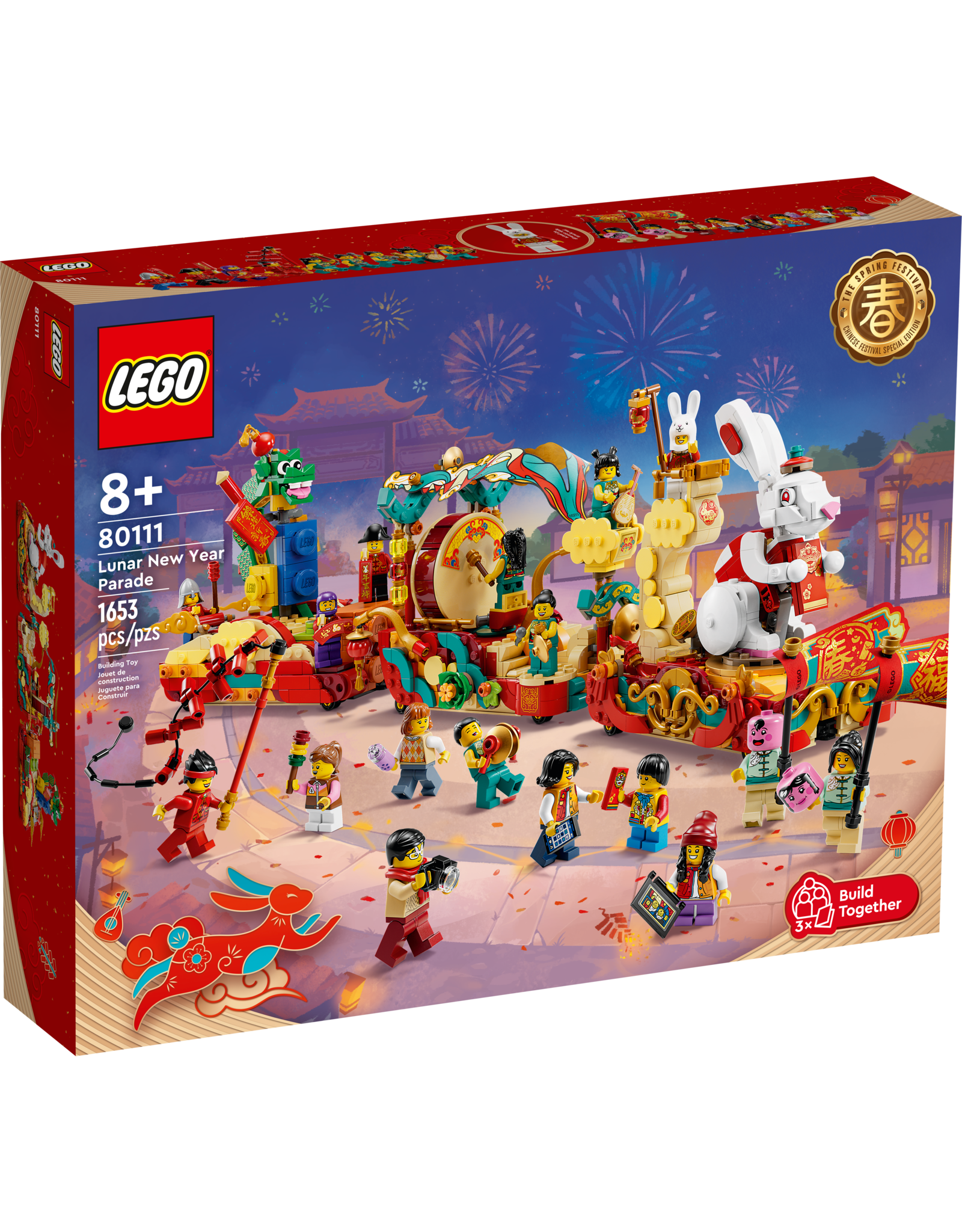 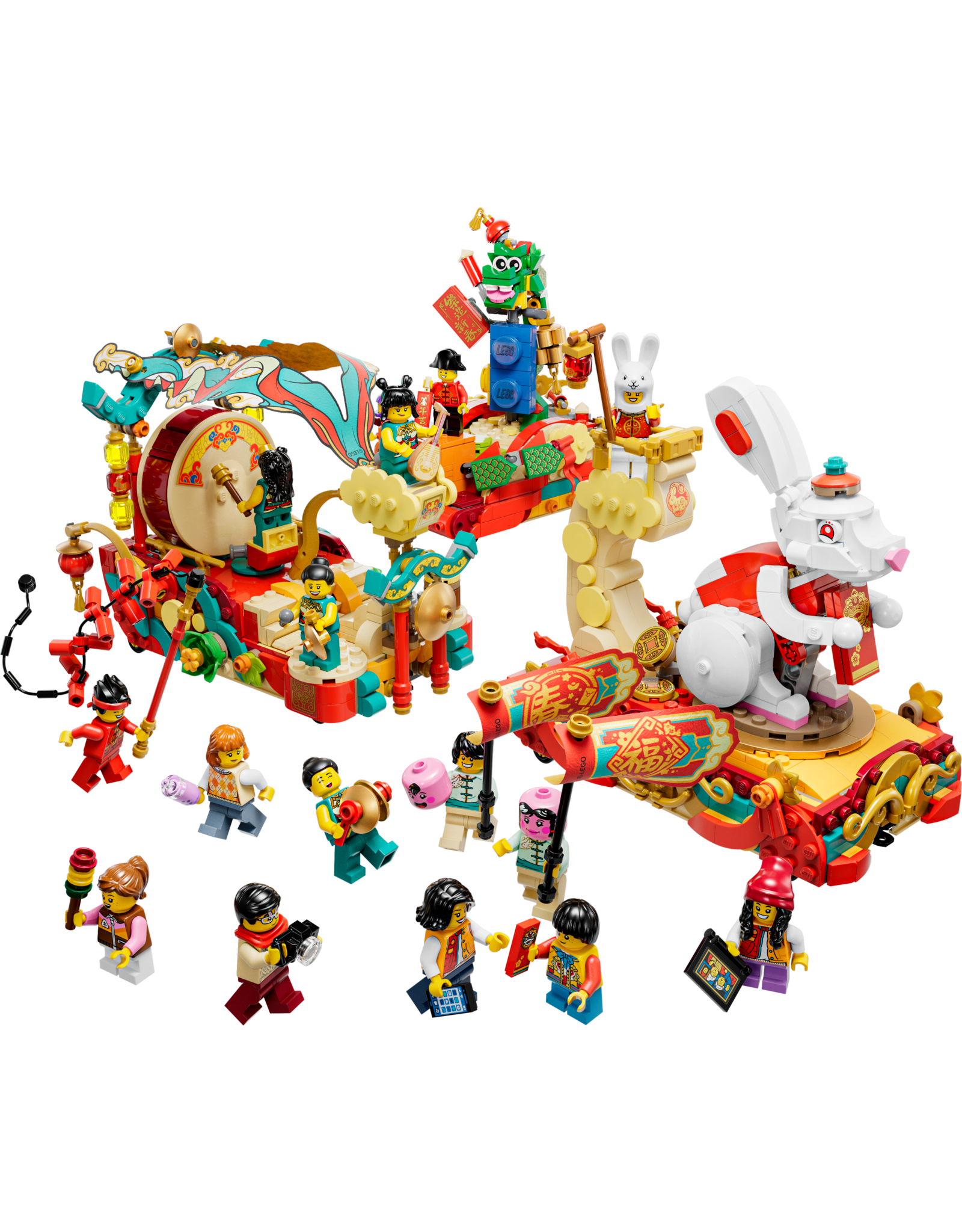 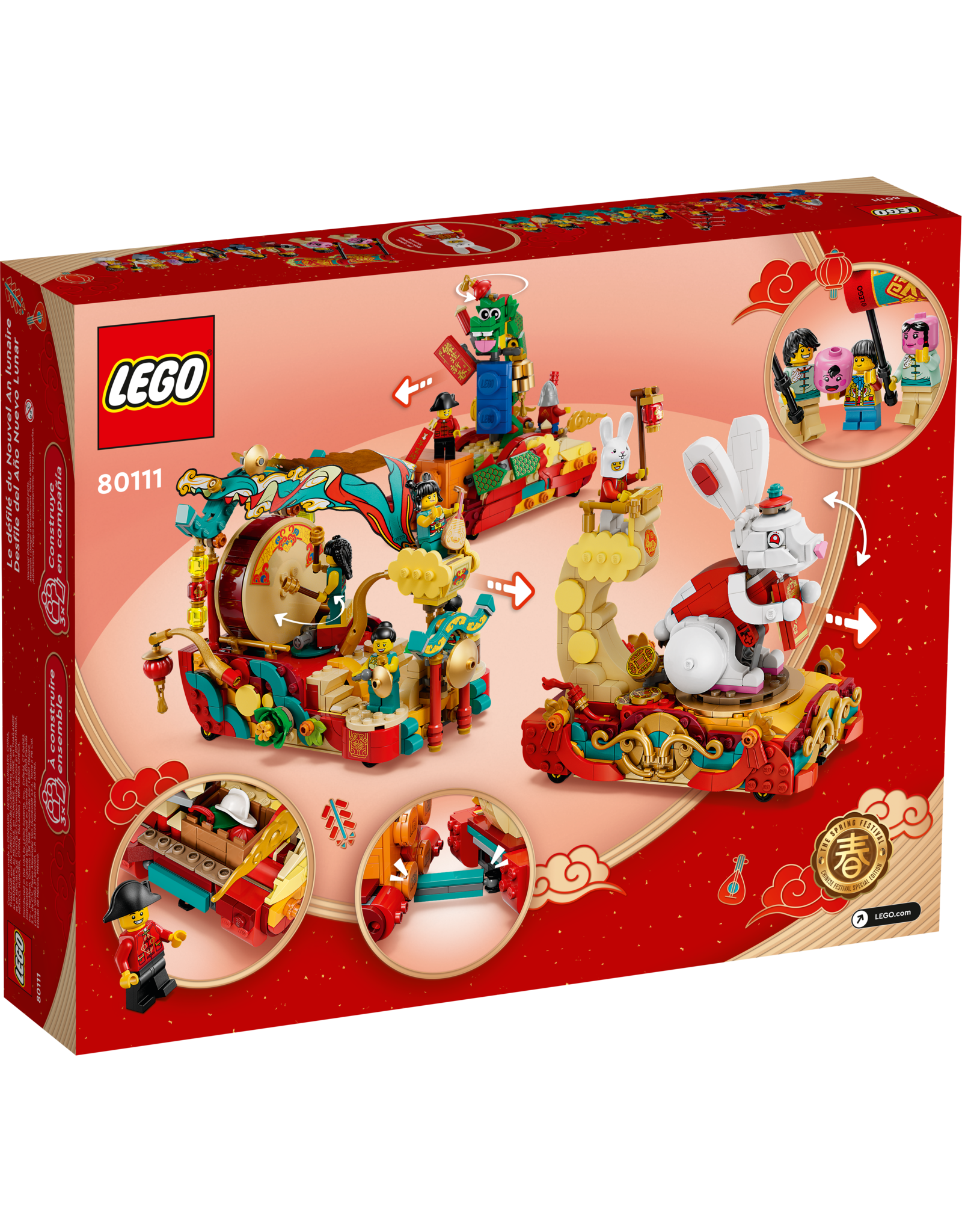 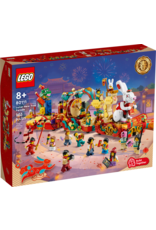 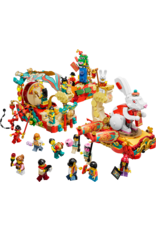 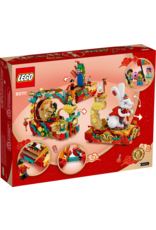 Celebrate the Lunar New Year with a brick-built parade! Build 3 colorful floats and let the festive fun begin. See how the giant rabbit moves when the Year of the Rabbit float is pushed. Check out the drummer banging their drum on the musicians’ float. Look out for the moving dragon and people dressed as LEGO® characters like Monkie Kid on the LEGO float. Spectacular!

Celebrate the beginning of the Year of the Rabbit with this LEGO® Lunar New Year Parade building set (80111) for ages 8 and up. A delightfully playful festive centerpiece, it features 3 connectible toy parade floats. Push the floats with rabbit and LEGO themes to animate the buildable rabbit and dragon, and push the musicians’ float to make the on-board drummer minifigure drum automatically. The set includes separate instructions for each model, so family members and friends can build together. Build, play and display Bring the colorful brick-built parade to life with 18 LEGO minifigures, including a performer in a rabbit outfit, 2 masked performers, 5 musical performers with instrument accessories, and LEGO performers dressed as Monkie Kid, a pirate, an astronaut and a knight. Educational fun Collectible LEGO Traditional Festival sets make wonderful holiday gift toys for kids and anyone interested in Asian culture, offering exciting building challenges and hours of creative play.