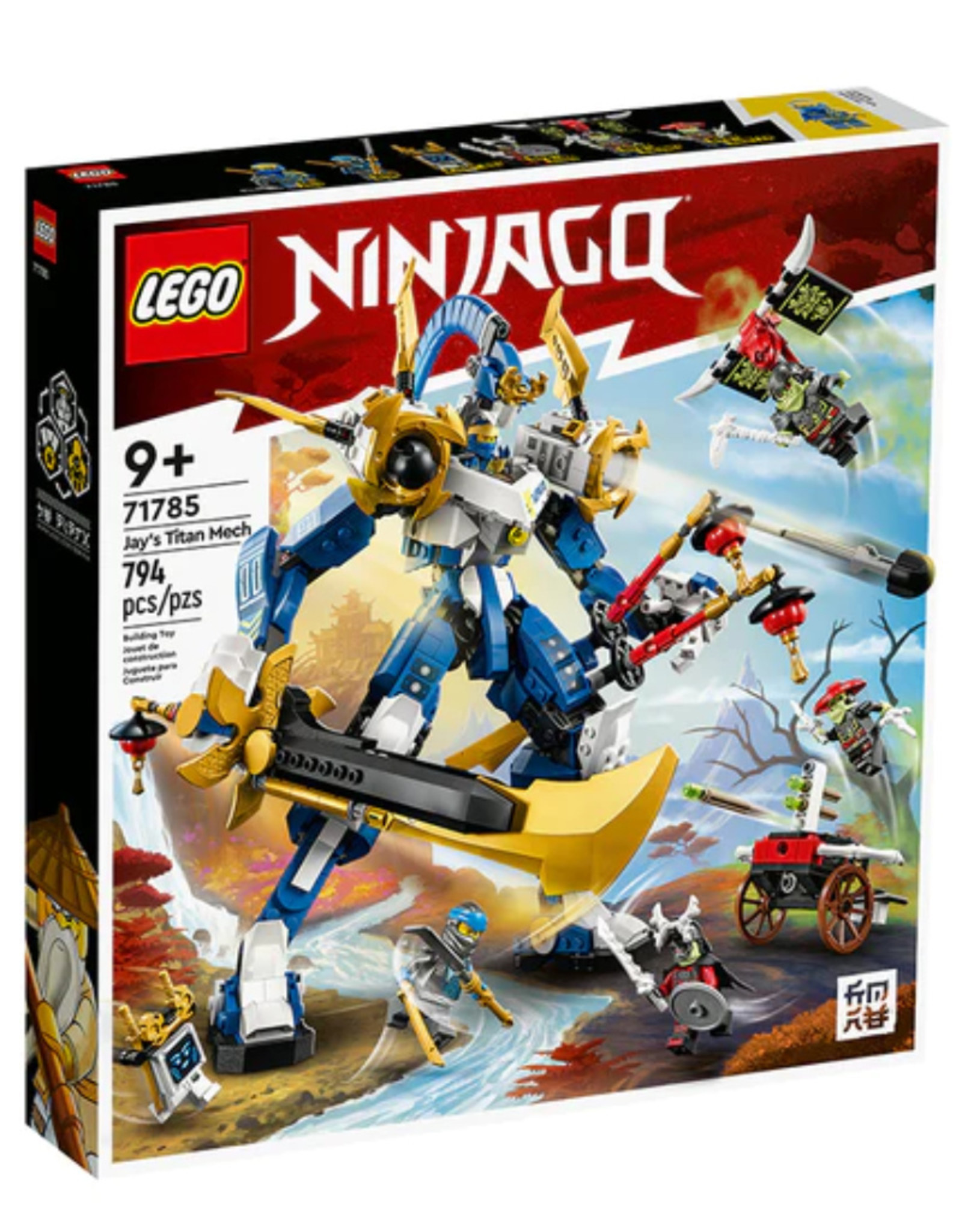 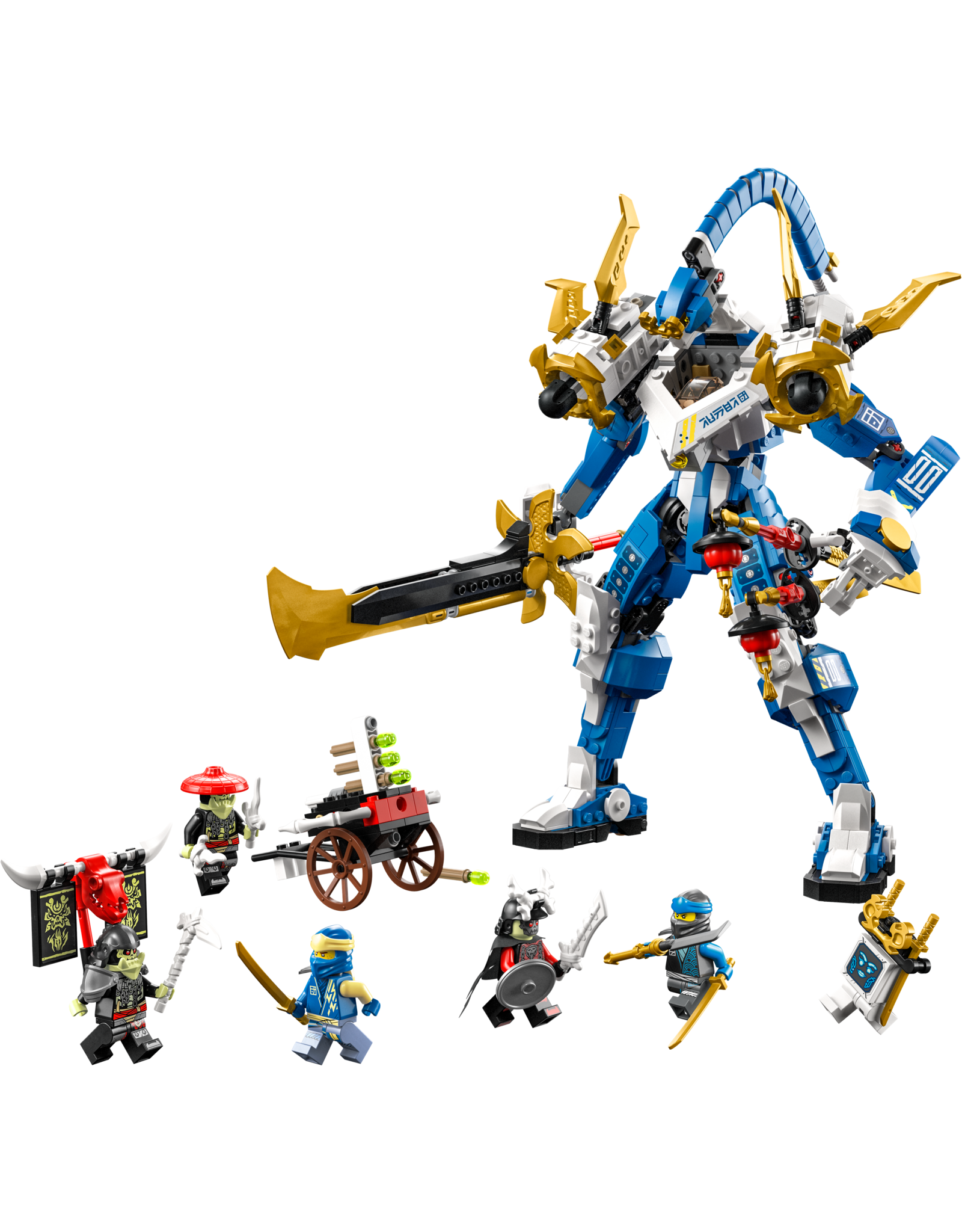 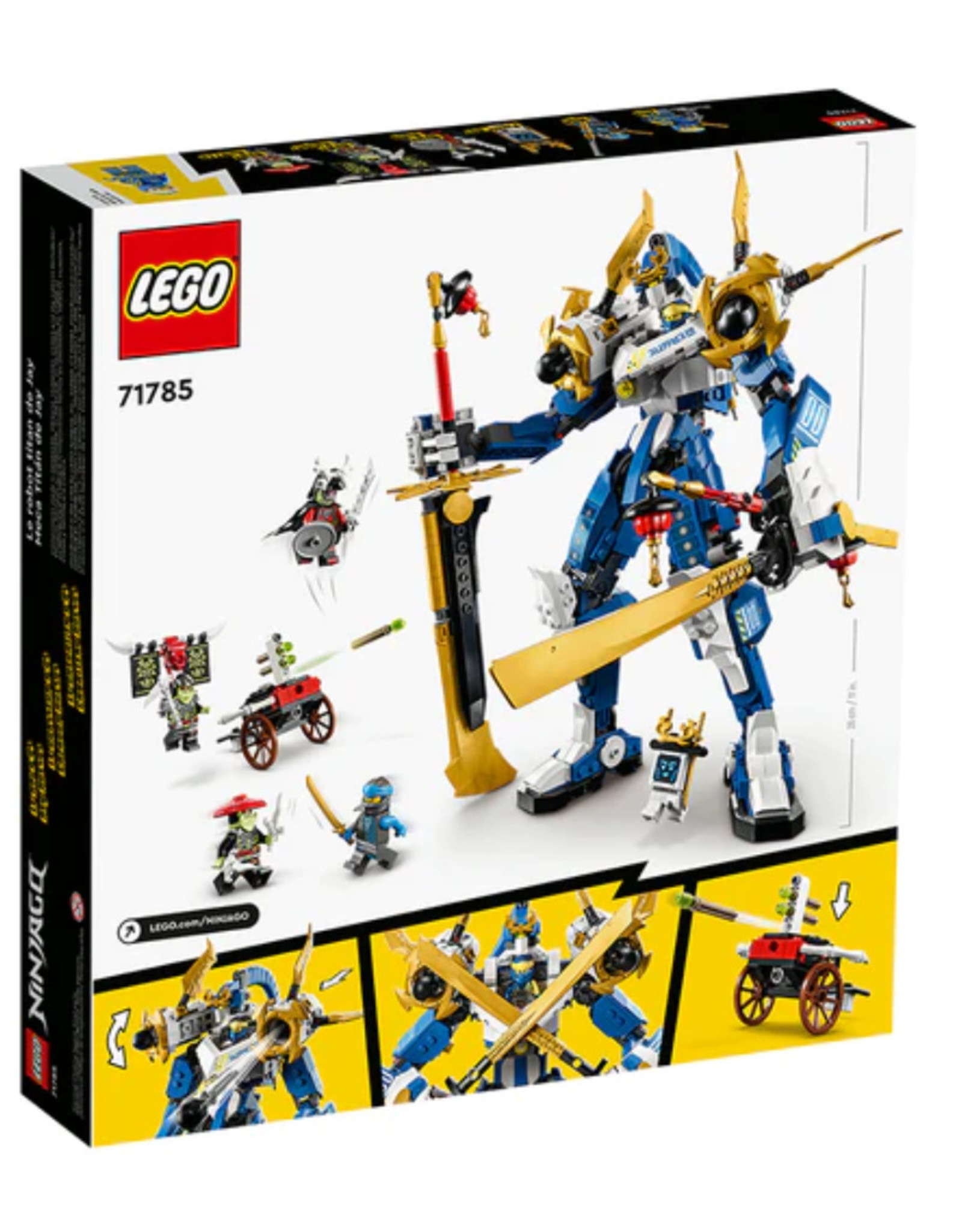 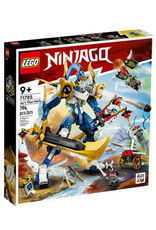 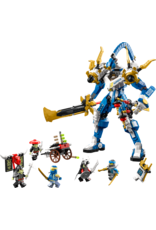 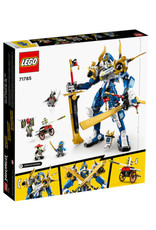 Get ready for an epic battle as Jay in his most powerful-ever mech and his fellow ninja warrior Nya take on 3 dangerous green bone warriors. Look out! Bone King, Bone Knight and Bone Hunter are ready to take them both down with a fast-firing double crossbow loaded with 4 darts and mounted on a wagon. Fight back with the mech’s large dragon blade, 2 katanas and 2 shooters. You must save NINJAGO® City from attack!

Kids aged 9+ will enjoy playing out nonstop, gripping ninja action with this LEGO® NINJAGO® Jay’s Titan Mech (71785) building set. The posable toy mech features a cockpit on its chest for Jay, a large dragon blade, 2 katana swords and 2 shooters mounted on its shoulders. 5 minifigures for epic battles This cool toy playset for kids includes 5 minifigures: ninja warriors Jay and Nya, who are each armed with a sword, and green bone warriors Bone King, Bone Knight and Bone Hunter, who have their own weapons from the green bone warrior assorted weapons pack, plus a fast-firing double crossbow loaded with 4 darts and mounted on a wagon. There is also a Pixal Bot. LEGO Builder app Let the LEGO Builder app guide you and your child on an easy and intuitive building adventure. Zoom in and rotate models in 3D, save sets and track your progress.