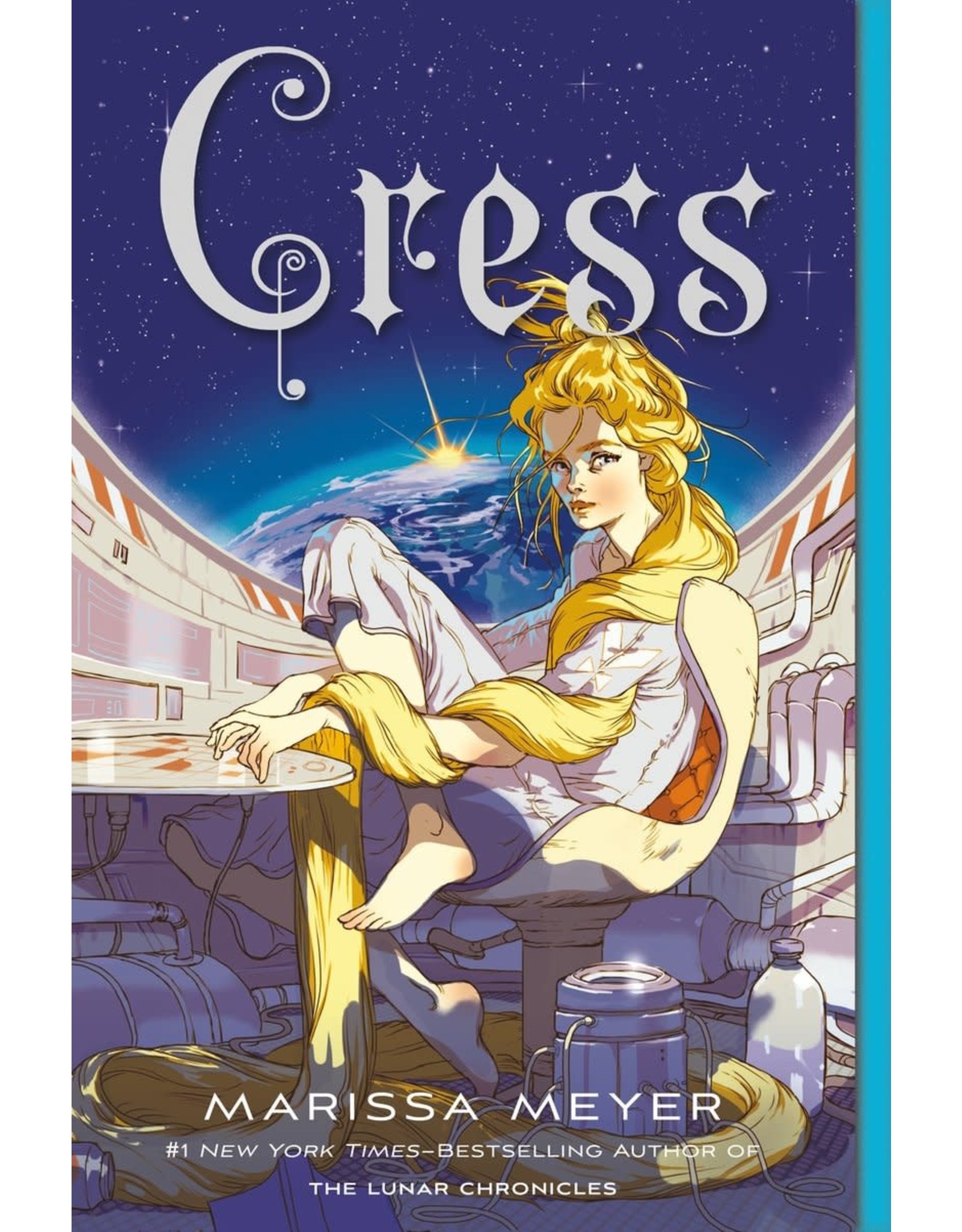 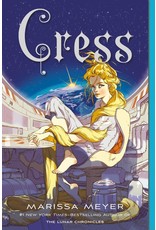 Book Three of the Lunar Chronicles

The third book in the #1 New York Times- and USA Today- Bestselling Lunar Chronicles series by Marissa Meyer like you've never seen it before, now with new cover art! The evil space queen gives an imprisoned hacker orders to track down our cyborg heroine and her team of reimagined fairytale characters. Can the Rapunzel-like hacker break free and help them instead?

Cinder and Captain Thorne are fugitives on the run, with Scarlet and Wolf in tow. Together they're plotting to overthrow Queen Levana and her army.

Their best hope lies with Cress, who has been trapped on a satellite since childhood with only her netscreens as company. All that screen time has made Cress an excellent hacker; unfortunately, she's just received orders from Levana to track down Cinder and her handsome accomplice.

When a daring rescue goes awry, the group is separated. Cress finally has her freedom, but it comes at a high price. Meanwhile, Queen Levana will let nothing stop her marriage to Emperor Kai. Cress, Scarlet, and Cinder may not have signed up to save the world, but they may be the only ones who can.

Find out what happens in another richly imagined adventure in Marissa Meyer's world of fairytale (with characters based off of Cinderella, Little Red Riding Hood and Rapunzel), science fiction, and intergalactic intrigue.