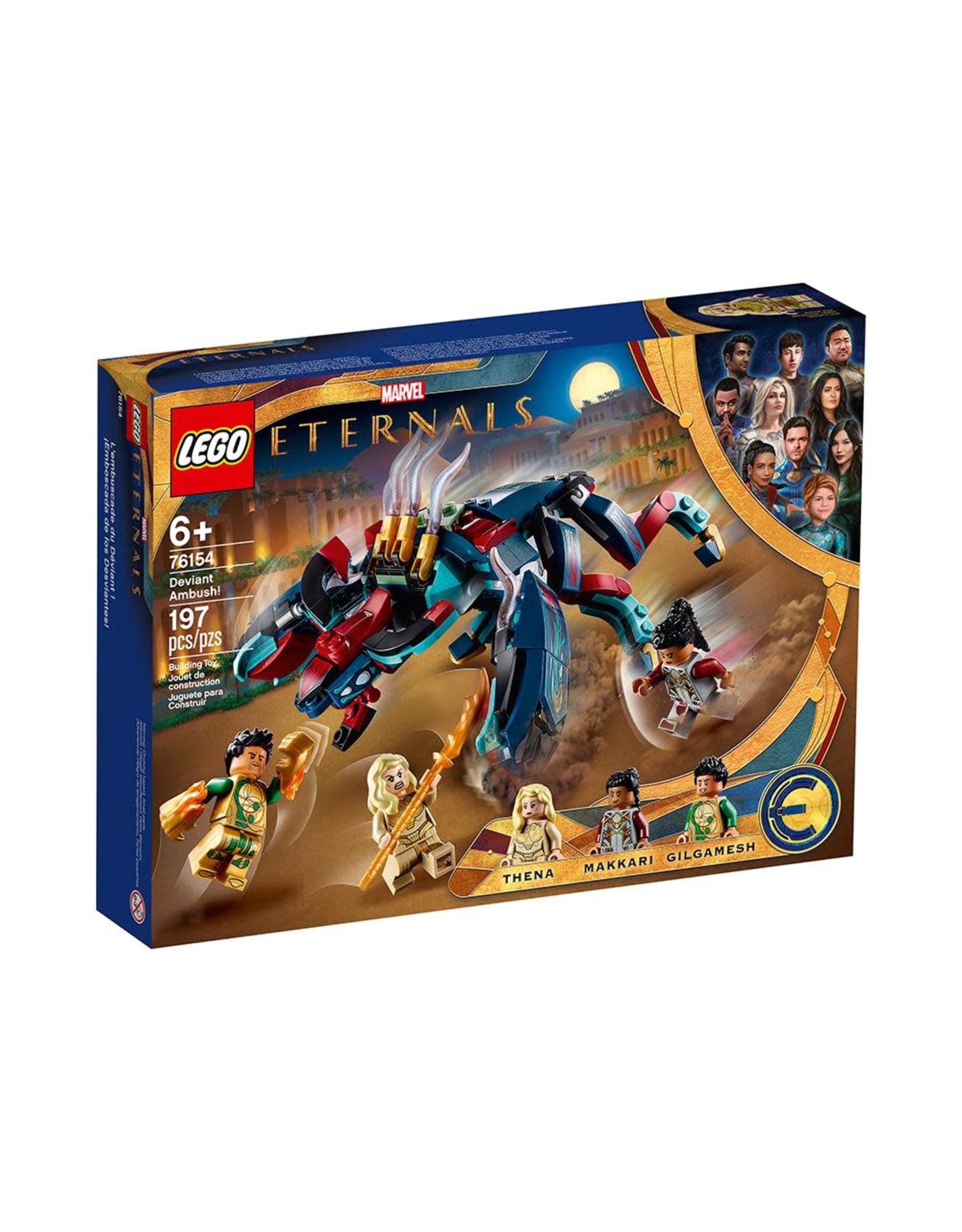 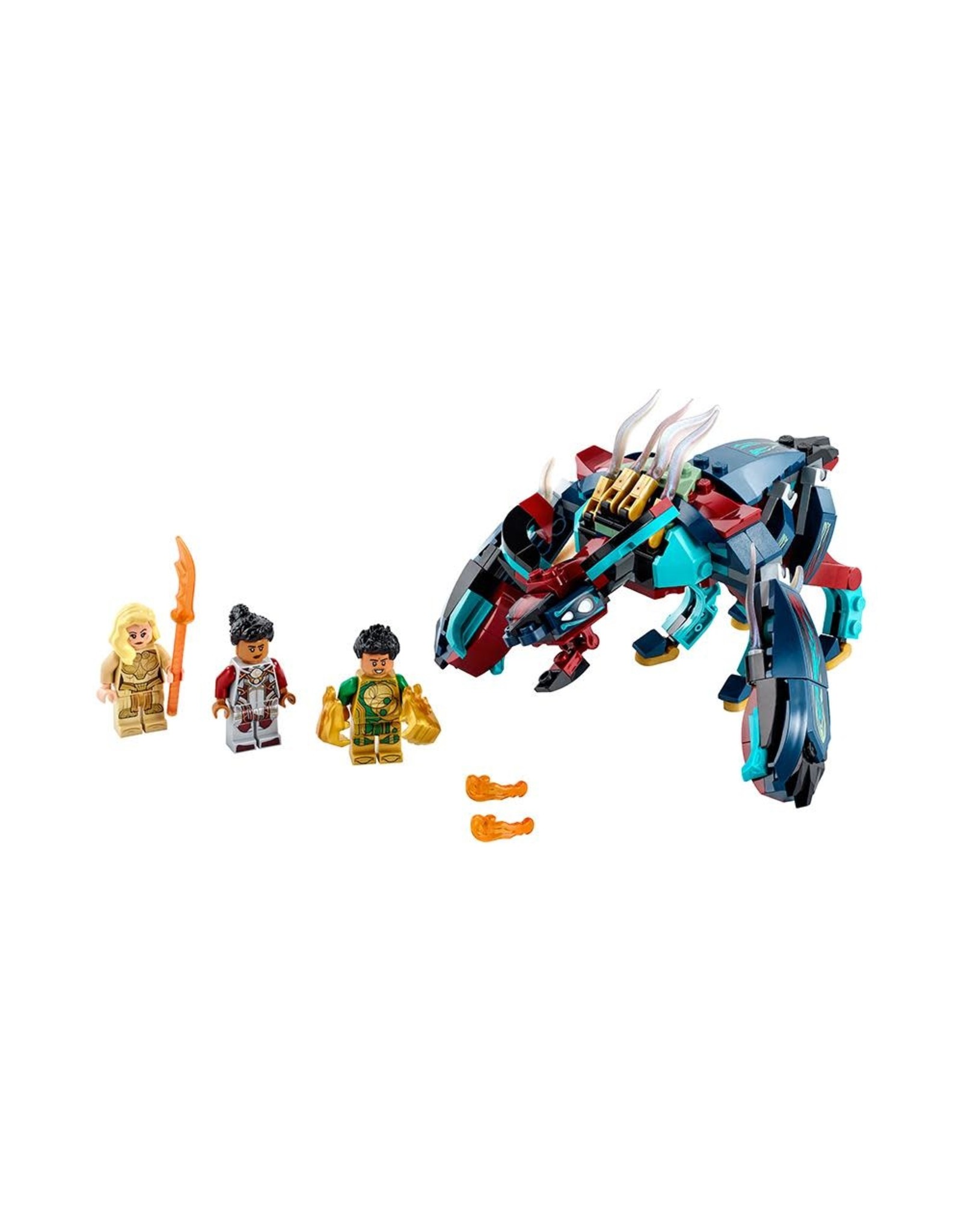 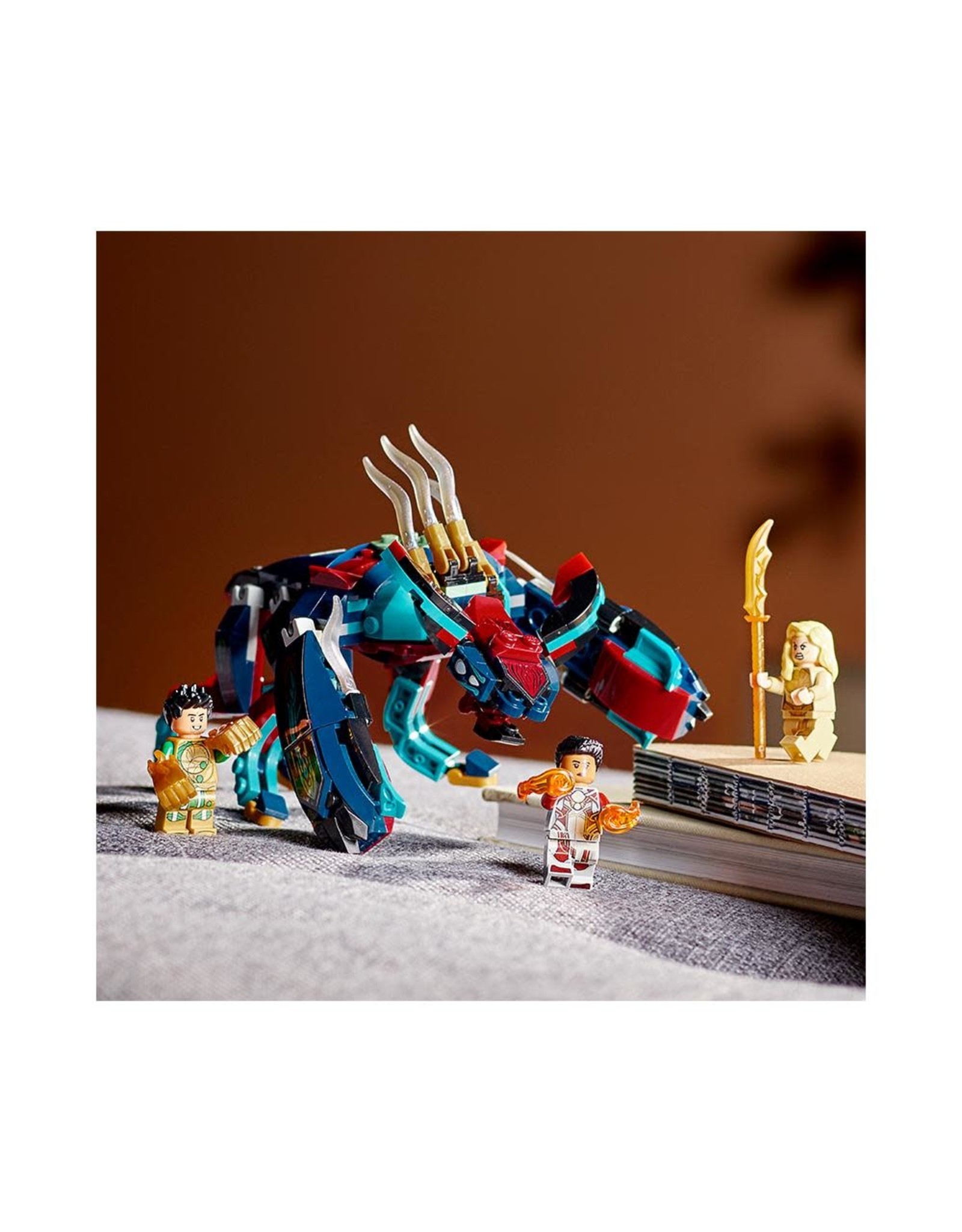 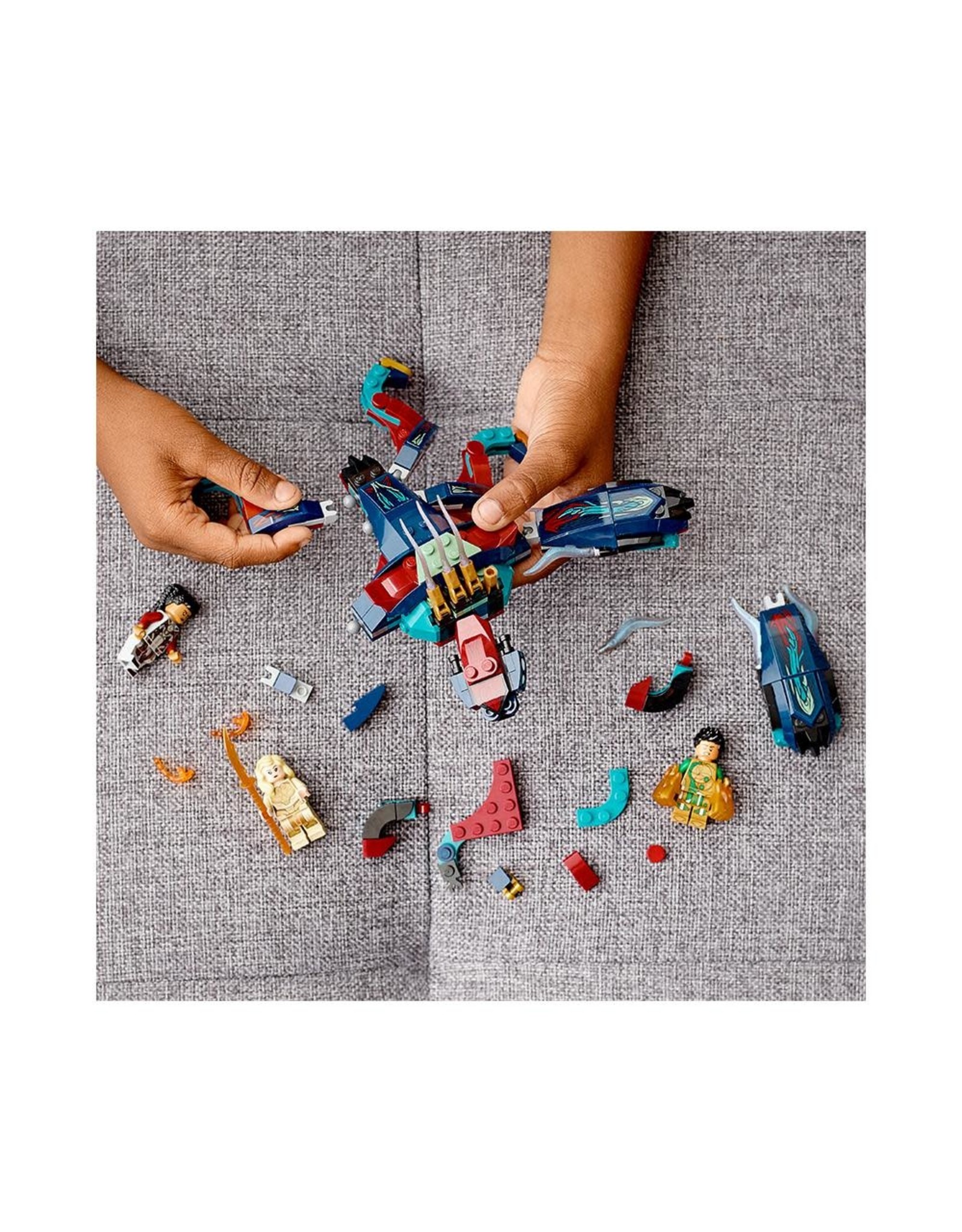 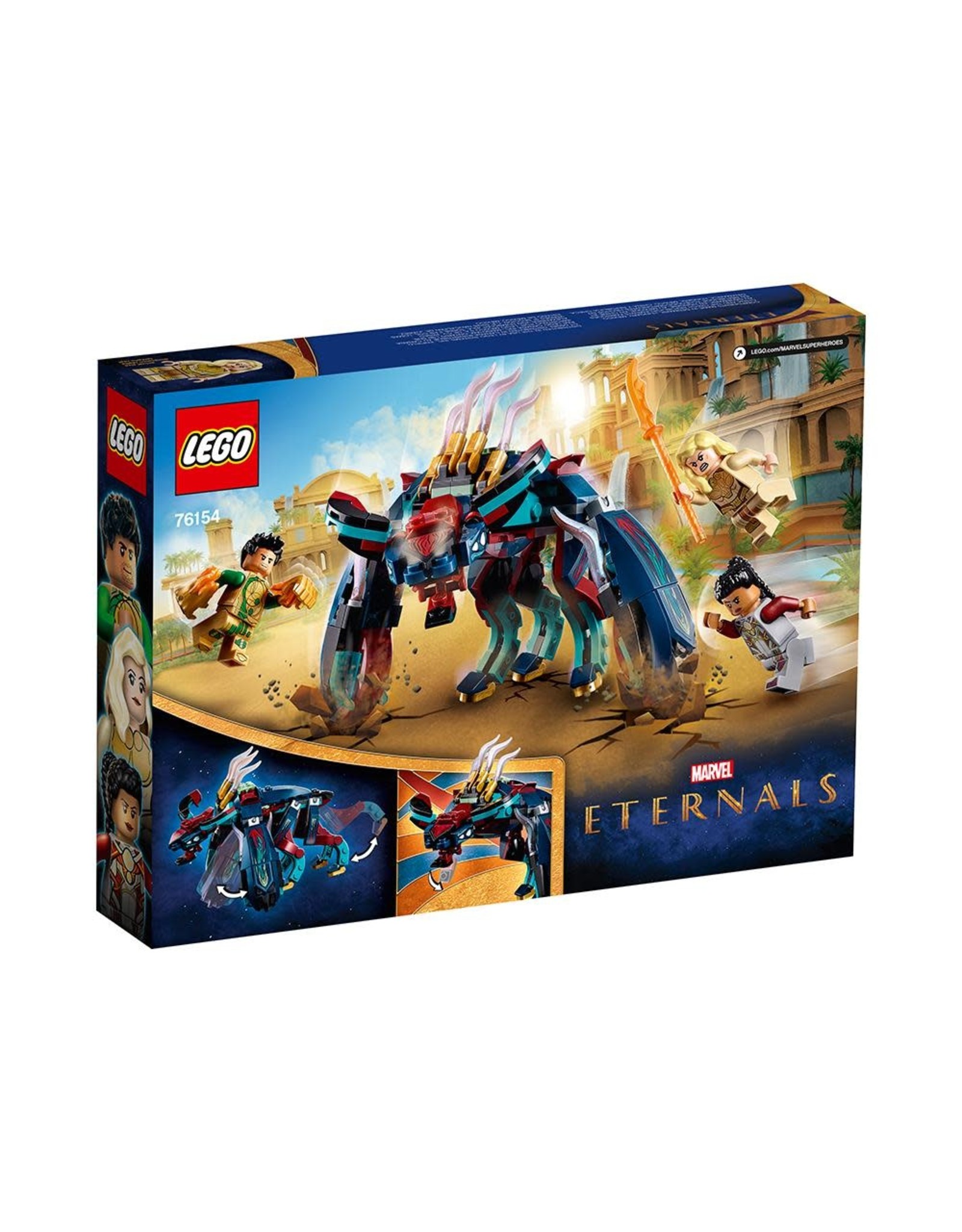 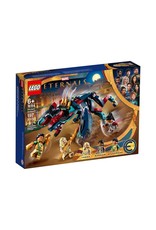 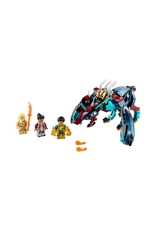 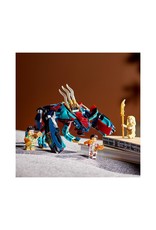 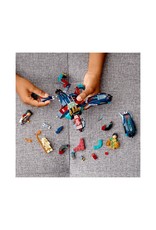 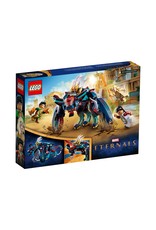 With LEGO Marvel Deviant Ambush! (76154) kids can recreate the action and excitement of the Marvel Studios' The Eternals movie and dream up superhero adventures of their own.

Packed with action from 2021's Marvel Studios' The Eternals

When a 6-legged Deviant with a biting mouth launches an attack on 3 of The Eternals – Thena, Gilgamesh and Makkari – kids must come to their aid with all their superhero skills. With 3 superhero minifigures, youngsters can imagine deploying their superpowers: Thena's ability to summon hand-to-hand weapons, Gilgamesh's super-strength and Makkari's phenomenal speed. And, if you're buying for a minifigure fan, this awesome LEGO playset is the only one to feature the Gilgamesh minifigure!

Marvel Studios' The Eternals playsets for fun that never ends

LEGO Marvel The Eternals brick building toys are unique playsets with cool characters that inspire kids' imaginative play and take them to an endless universe of role-play fun.

• This thrilling LEGO® Marvel Deviant Ambush! (76154) playset puts Marvel movie action and adventure into the hands of young superheroes as they help 3 of the Eternals take on an evil Deviant
• Includes 3 LEGO® Marvel Eternals superhero minifigures – Thena, Makkari and the exclusive Gilgamesh – a posable, 6-legged Deviant with an open-and-close mouth, a dagger, fist weapon and a shooter
• Kids can put their superhero skills into action when a 6-legged Deviant launches an attack on 3 leading Eternals. With this awesome good-vs-evil playset, the imaginative role play will never end
• Looking for a hot superhero toy birthday present? This LEGO® Marvel The Eternals playset, with movie-character minifigures and a posable Deviant makes a great gift for kids aged 6 and up
• With the Deviant figure standing over 4” (12cm) tall, this LEGO® Marvel The Eternals Attack of the Deviant delivers mega superhero action and looks amazing on display in any kid's room