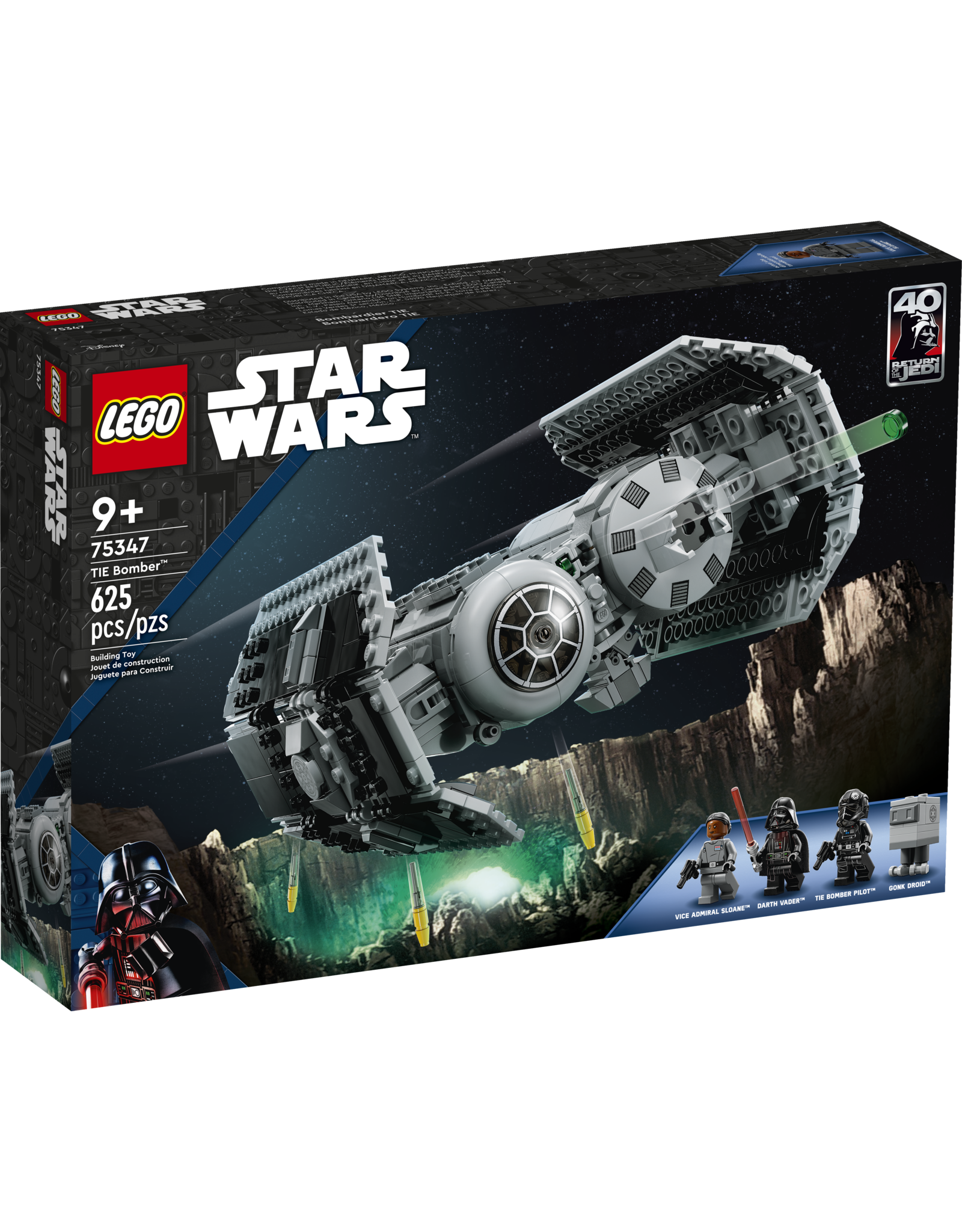 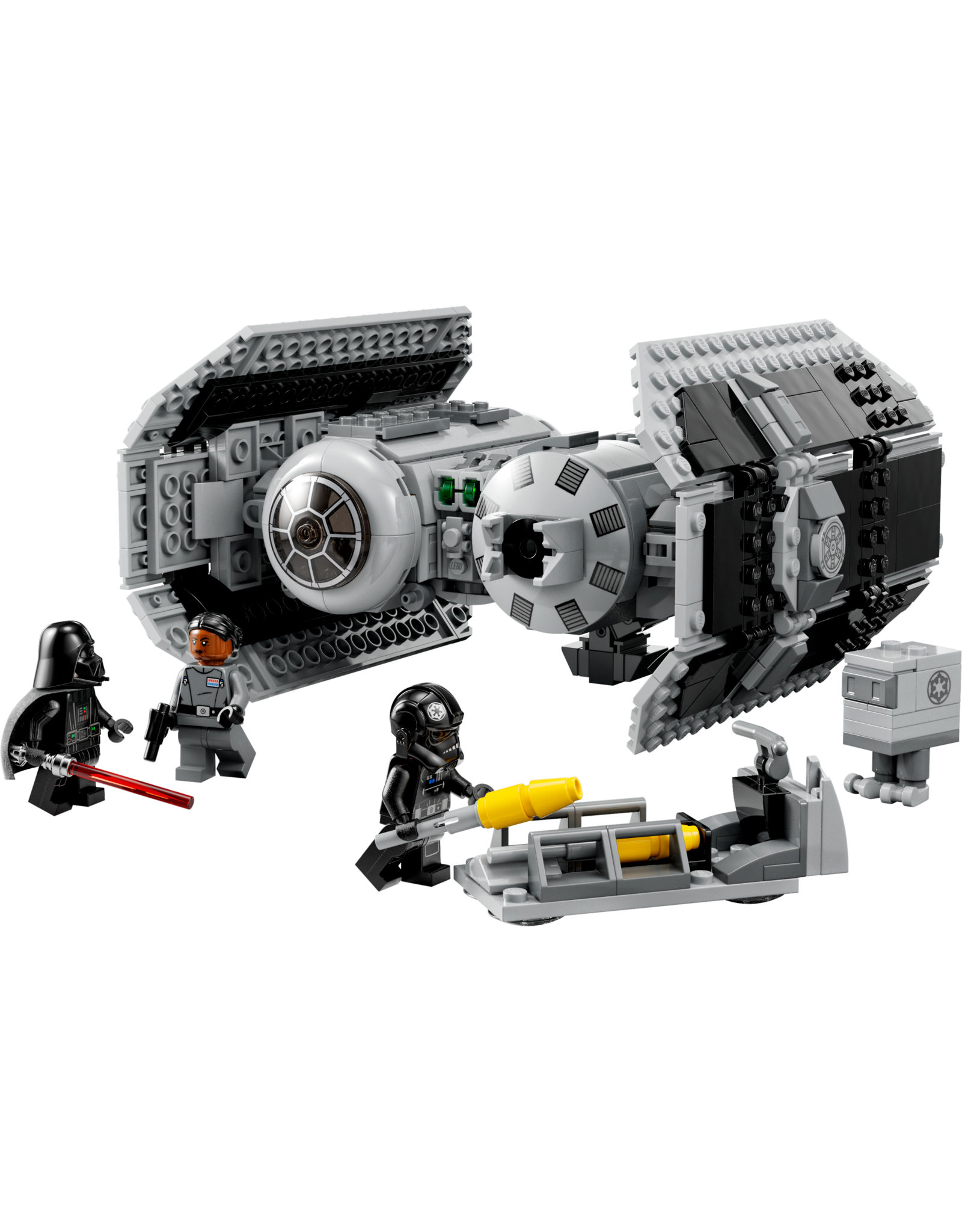 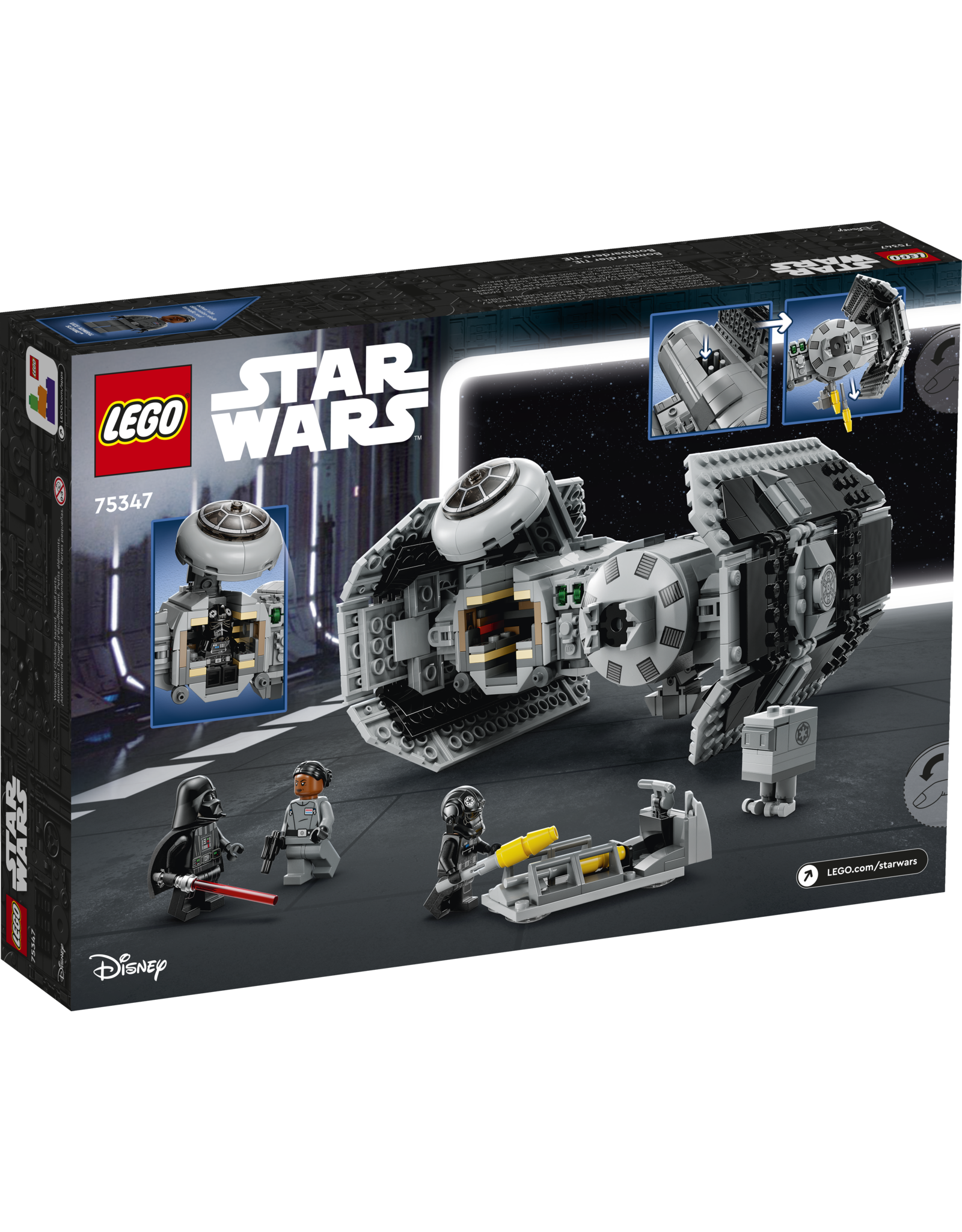 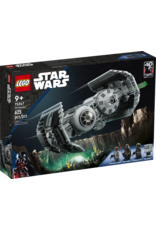 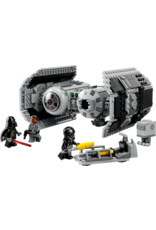 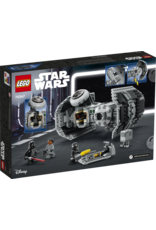 Team up with Darth Vader and Vice Admiral Sloane to command a TIE Bomber mission. Load the torpedoes from the cart into the warhead bay. Jump into the cockpit with the TIE Bomber Pilot and take off. Fire the stud shooters at Rebel starfighters and drop torpedoes on strategic targets. May the dark side of the Force be with you!

Star Wars: The Empire Strikes Back fans can play out Imperial missions to defeat the Rebel Alliance with this LEGO® brick-built TIE Bomber (75347) starfighter toy. It features an opening minifigure cockpit, a torpedo-dropping function and 2 stud shooters. A top gift idea for Star Wars™ fans aged 9 and up, this action-packed, buildable toy playset also includes Darth Vader, Vice Admiral Sloane and TIE Bomber Pilot LEGO minifigures with weapons, plus a Gonk Droid LEGO figure and a cart to transport torpedoes to the TIE Bomber. Digital instructions Download the LEGO Builder app for an even more fun and engaging creative experience. It offers a digital step-by-step building guide, intuitive zoom and rotate tools to help kids visualize the real construction model as they build, and more. Awesome building toys The LEGO Group has been recreating starships, vehicles, locations and characters from the Star Wars universe since 1999, and there is an amazing variety of sets to thrill fansof all ages.