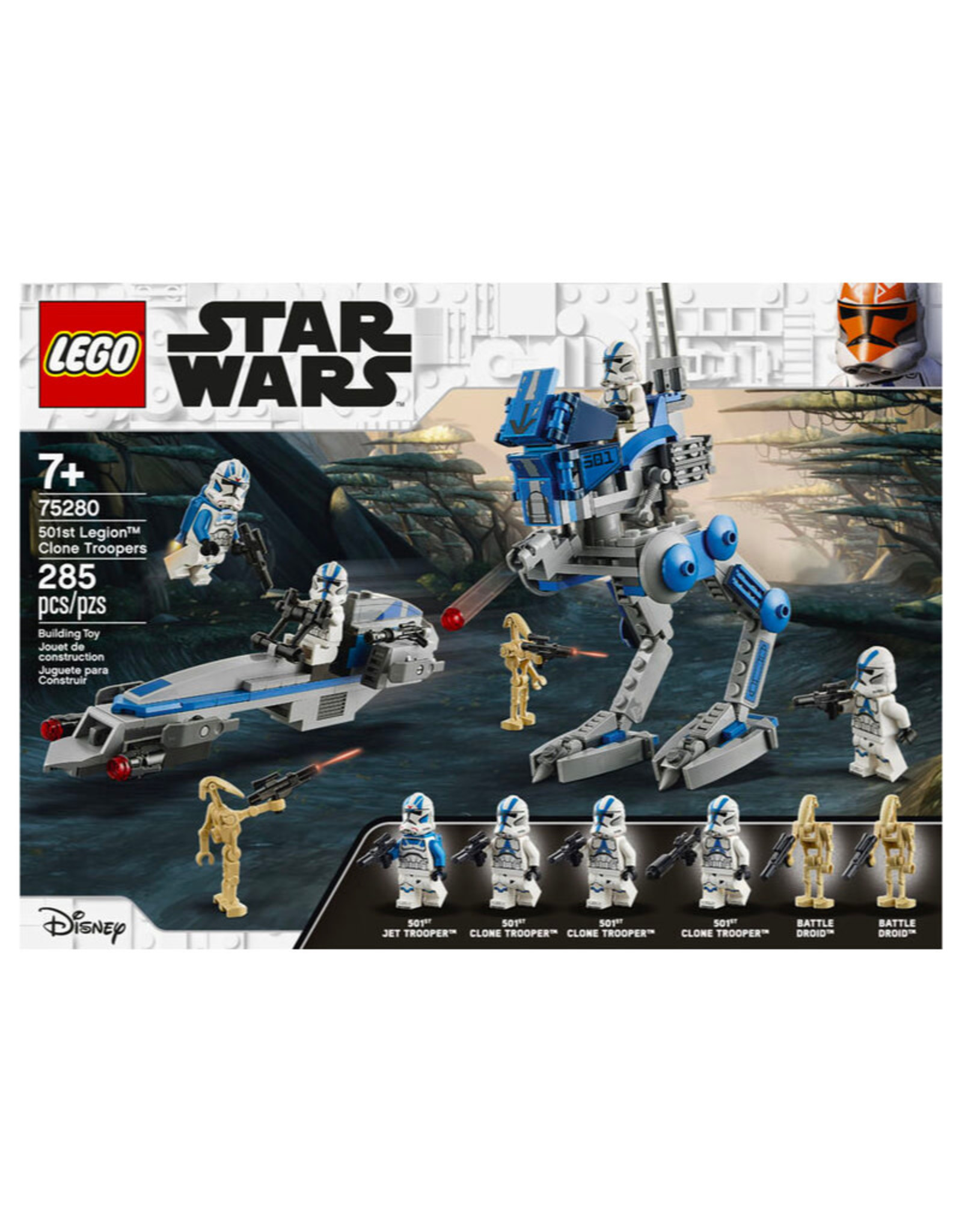 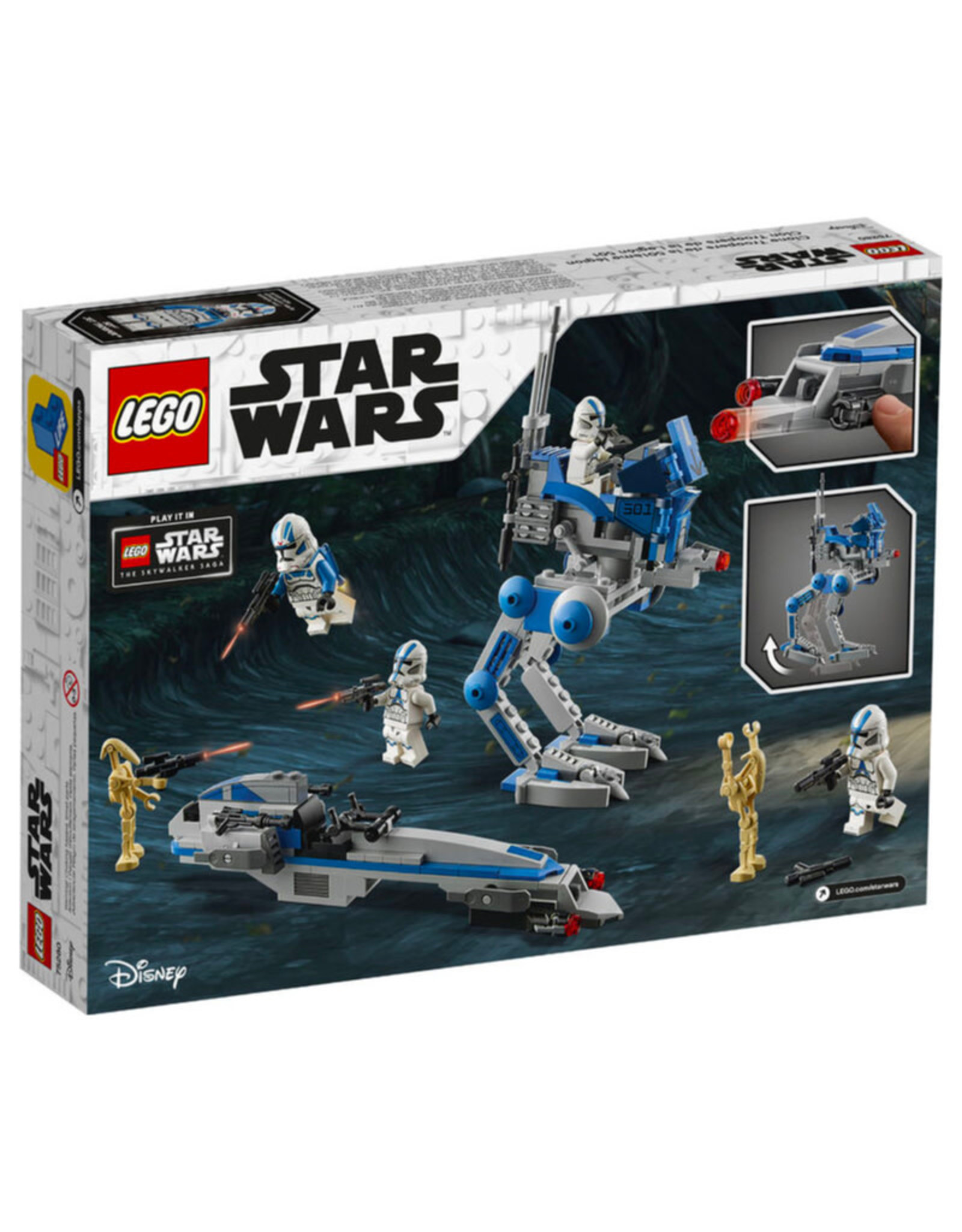 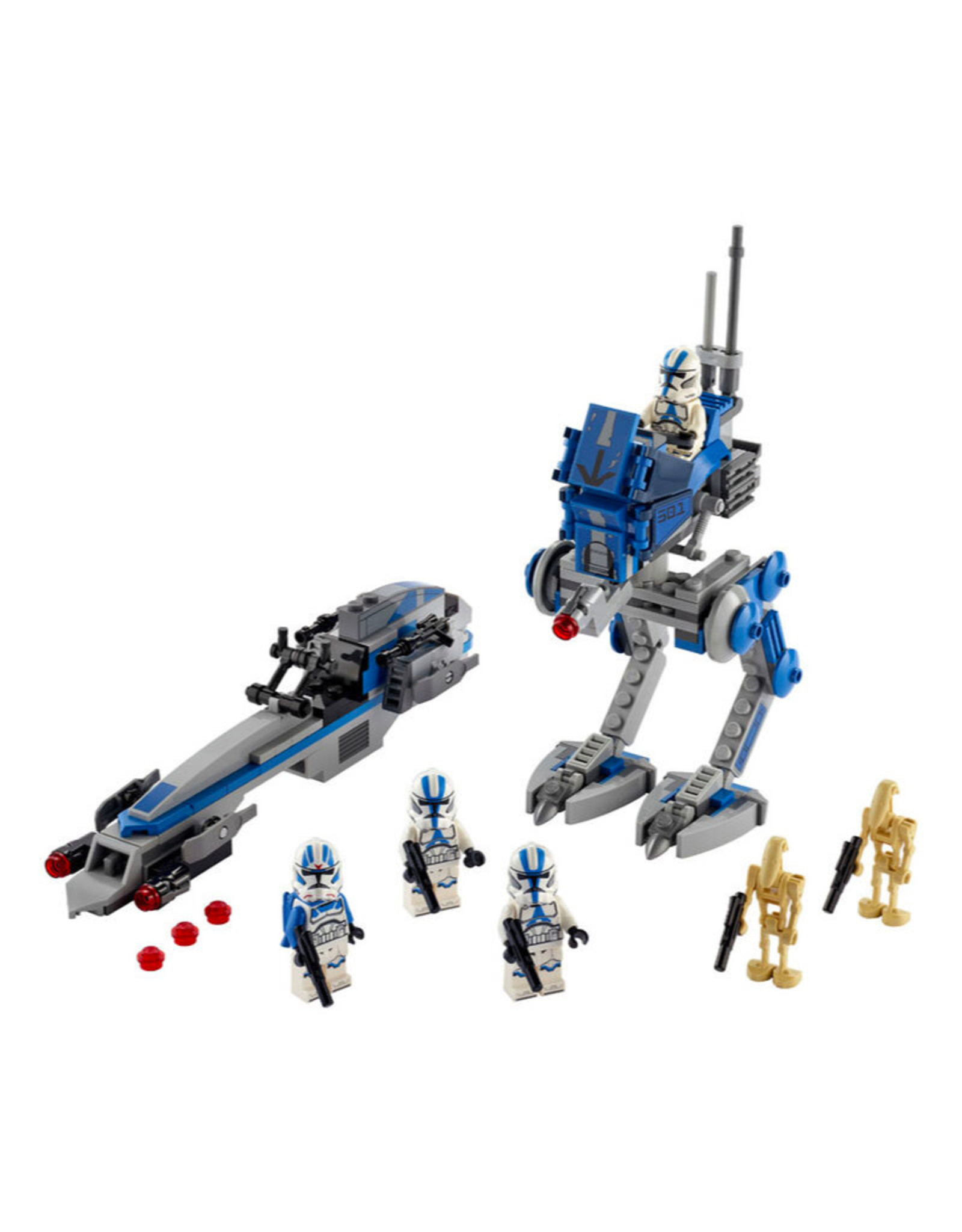 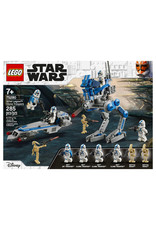 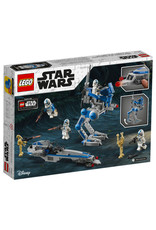 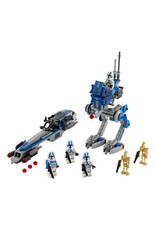 Stage an epic battle between elite 501st Legion Clone Troopers and the Separatist Army’s Battle Droids. Look out for the droids from the AT-RT cockpit using the electrobinoculars. Launch into attack with the BARC Speeder and fire the stud shooters. Fight back with the Battle Droids' blasters. Who will triumph in this exciting LEGO® Star Wars™ adventure? You decide.

* Kids can role-play as 501st Legion Clone Troopers and relive exciting action from Star Wars: The Clone Wars with this LEGO Star Wars™ action set (75280), featuring an AT-RT Walker and BARC Speeder.
* This LEGO® Star Wars™ building kit includes 4 LEGO minifigures: 3 new-for-2020 501st Clone Troopers and a 501st Jet Trooper, with jetpack element, plus 2 Battle Droids and weapons for battles.
* The AT-RT Walker has a new-for-August-2020 color scheme, posable legs, a stud shooter, attachment points for a blaster and electrobinoculars element, and the BARC Speeder has 2 stud shooters to inspire creative play.
* This 285-piece construction playset makes an ideal birthday present or holiday gift for boys and girls aged 7+. The 2 vehicles can also be driven in the LEGO® Star Wars: The Skywalker Saga video game.
* The compact, robust LEGO® Star Wars™ AT-RT Walker measures over 7” (17cm) high, 3.5” (9cm) long and 3” (8cm) wide – a convenient size to slip into a child's backpack with the BARC Speeder ready for play wherever they go.
* No batteries are needed with this awesome kids’ building toy – it’s built purely from LEGO® bricks and powered by children’s imaginations so the action never stops.
* Thinking of buying this Star Wars™ building kit for someone new to LEGO® sets? No problem. It comes with easy-to-follow, illustrated instructions. Open the box and away they go!
* LEGO® Star Wars™ building toys are fantastic for kids (and adult fans) to recreate scenes from the StarWars saga, make up their own galactic adventures and display the collectible construction models.
* Ever since 1958, LEGO® bricks have met the highest industry standards so they are robust and connect and pull apart easily every time – no need to use the Force!
* LEGO® bricks and pieces are tested in almost every way imaginable to make sure that every building set meets the highest safety and quality standards on planet Earth – and in galaxies far, far away!