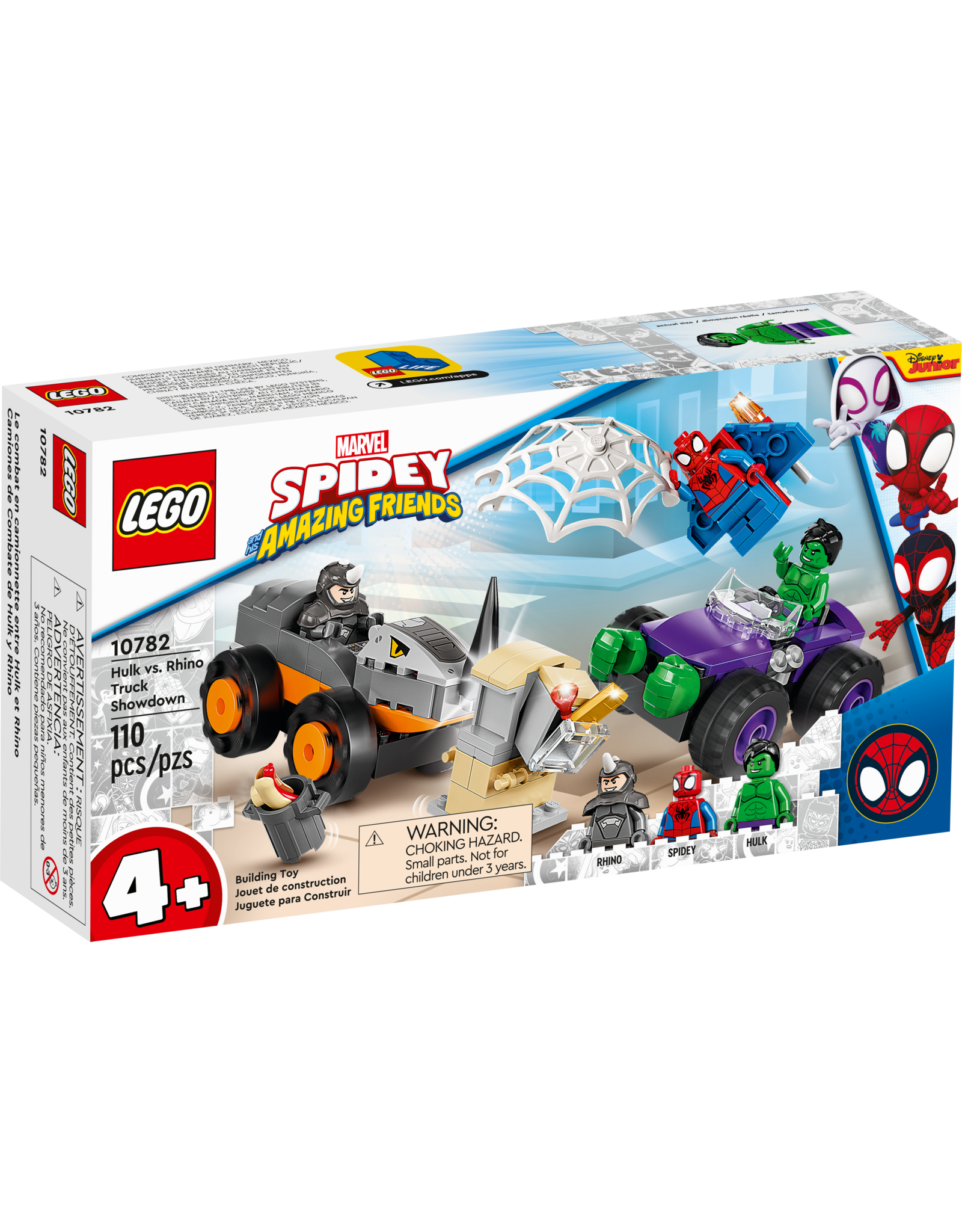 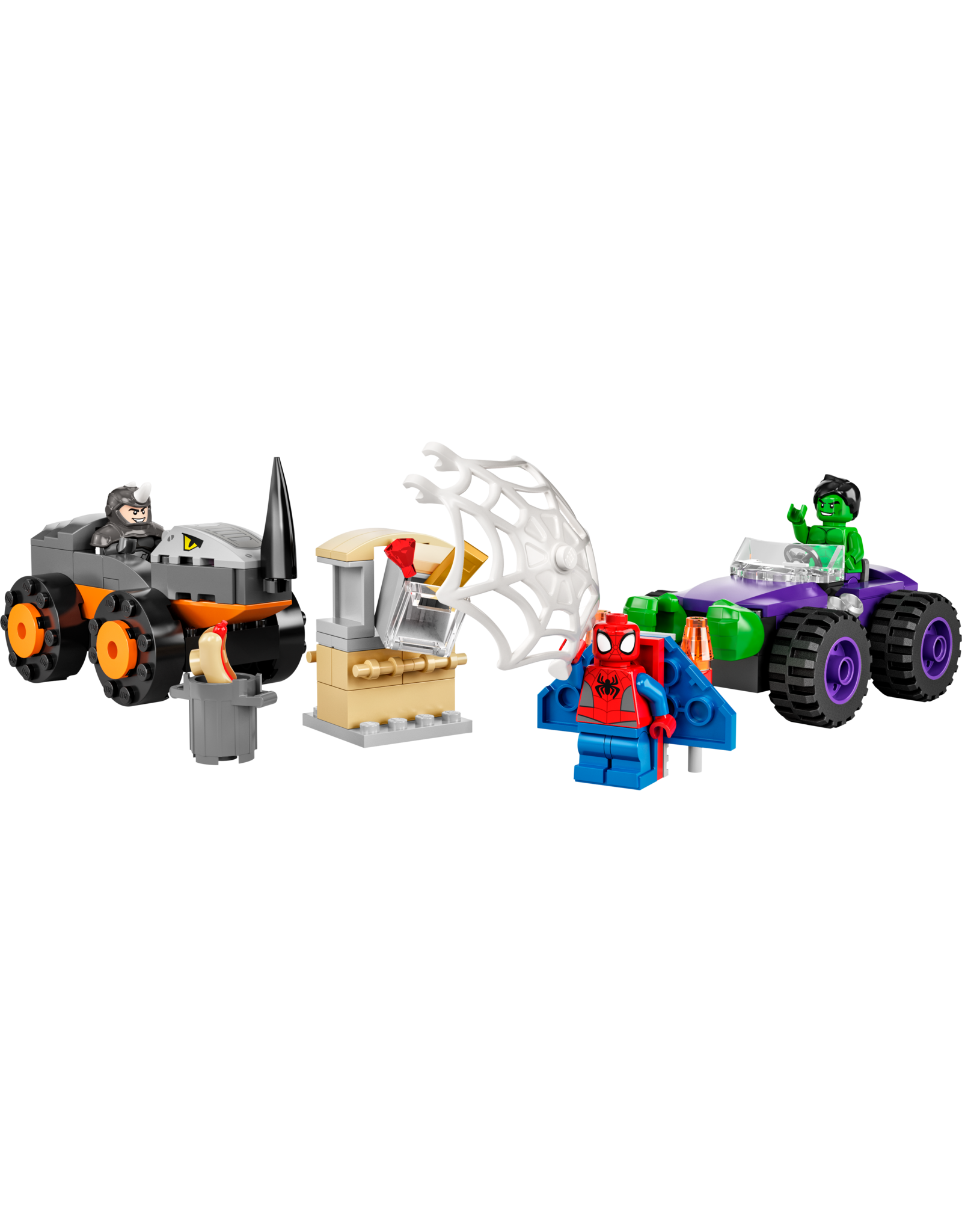 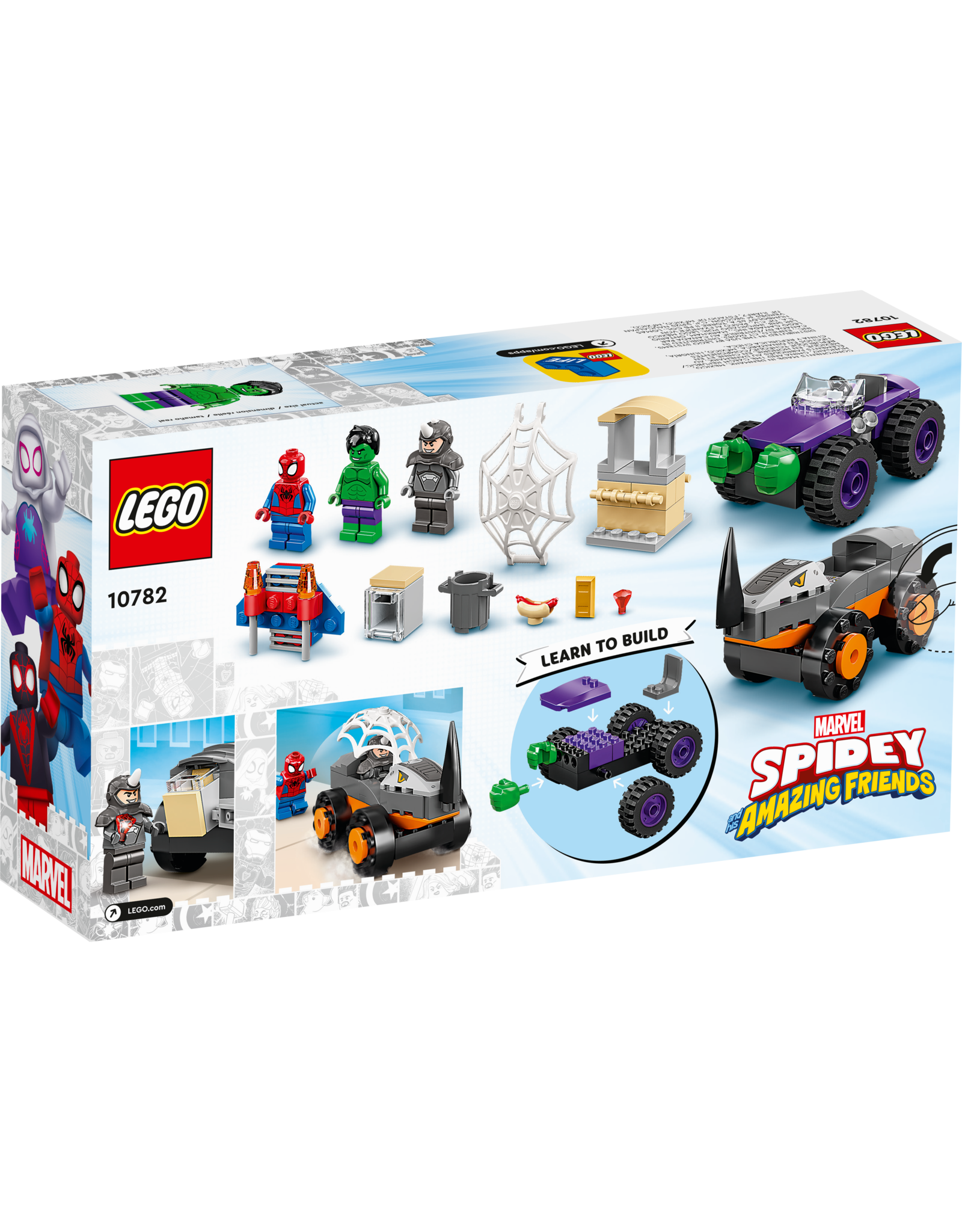 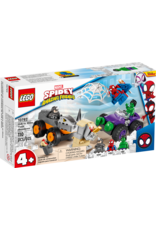 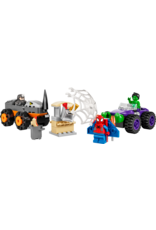 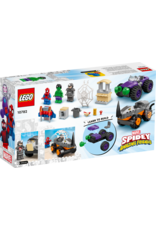 Rhino’s rumbling into town in his tough-guy armored tank. He’s smashed a bank vault and stolen the gold – but help is on the way! Spider-Man’s on the scene superfast thanks to his cool jet pack loaded with missiles. Steer Spidey into position, take aim and fire. Feel the ground shake as Hulk rams the bad guy with his monster truck. Fire off a web to stop Rhino in his tracks!

The LEGO® Marvel Spidey And His Amazing Friends Hulk vs. Rhino Truck Showdown (10782) building toy puts Super Heroes aged 4 and up in the driving seat as they race to save the day. Kids recreate scenes inspired by the popular Disney+ TV series as they help Spidey and the Hulk thwart Rhino’s bank heist. Kids will love the battle wagons in this collectible, buildable toy set. Each monster vehicle features cool details – Rhino’s truck has a ramming horn, while Hulk’s has a pair of massive fists ready for smashing combat. Make building a breeze 4+ playsets get kids building fast. This one comes with 2 truck bases, so kids get to the play quickly. They don’t even have to complete the whole build before the play begins because each bag of bricks contains a model and a character. Simple picture guides make building easy, even for kids who aren’t yet reading. Grown-ups can also join in the fun, passing on their construction know-how to help little Spider-Man fans become master builders.