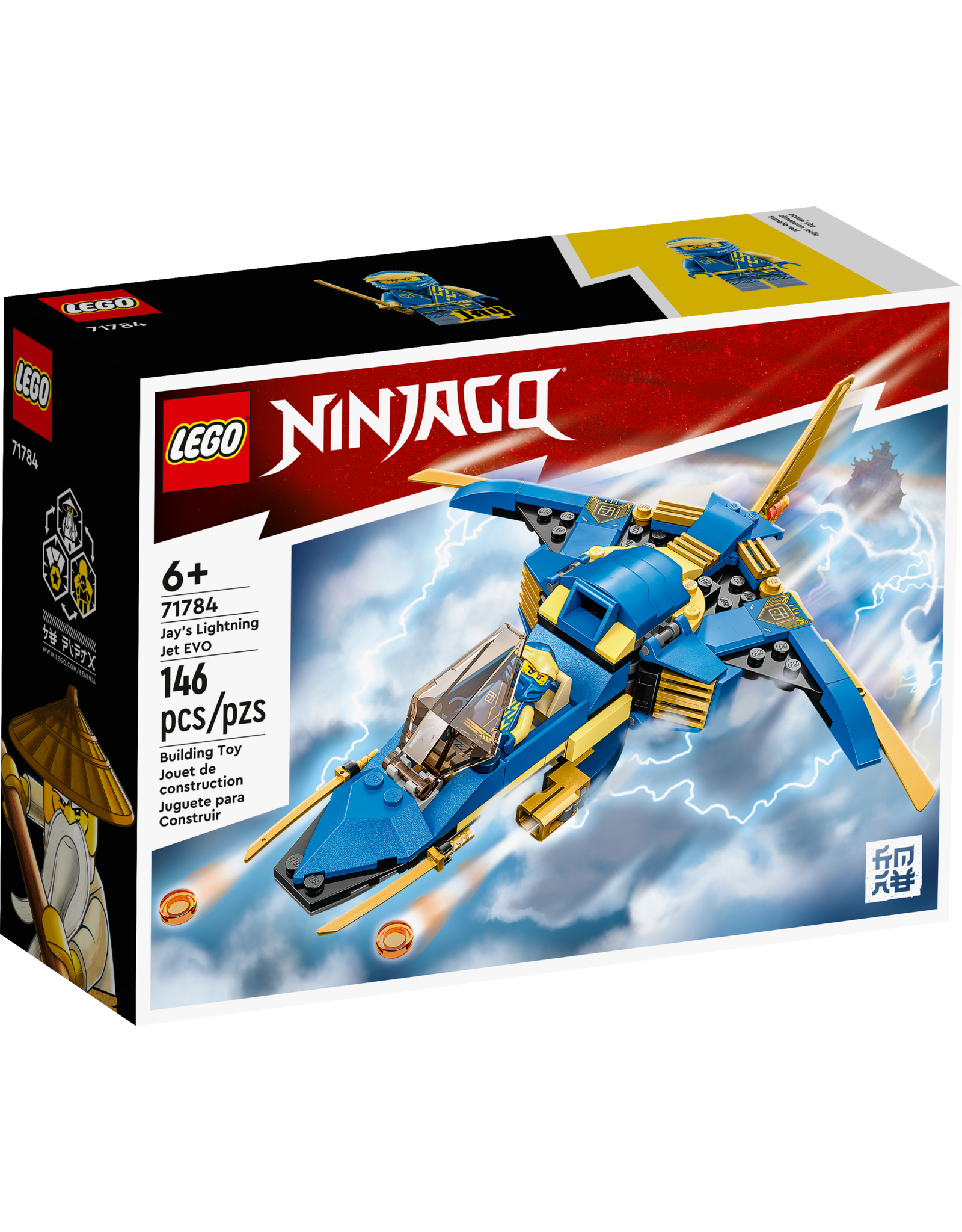 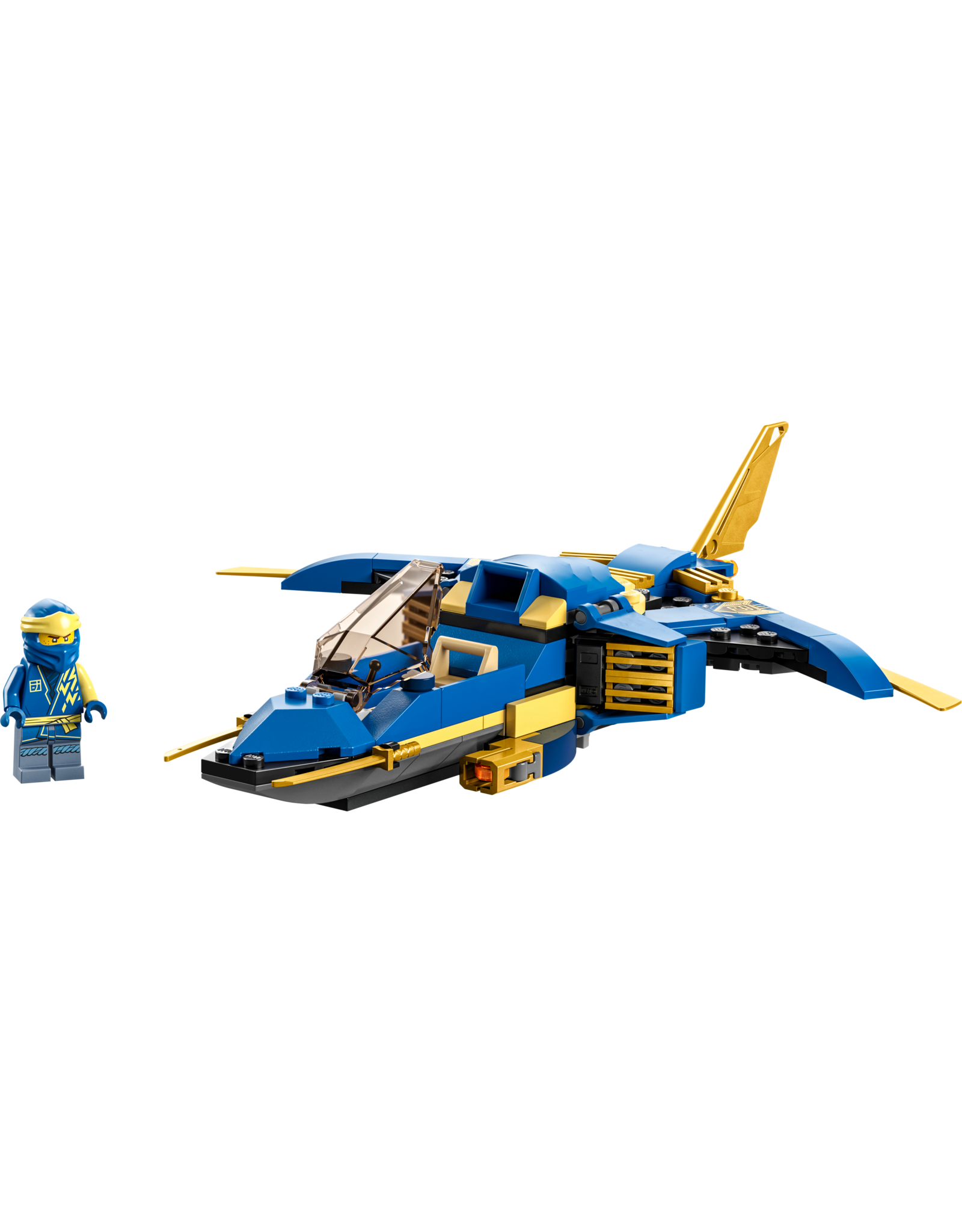 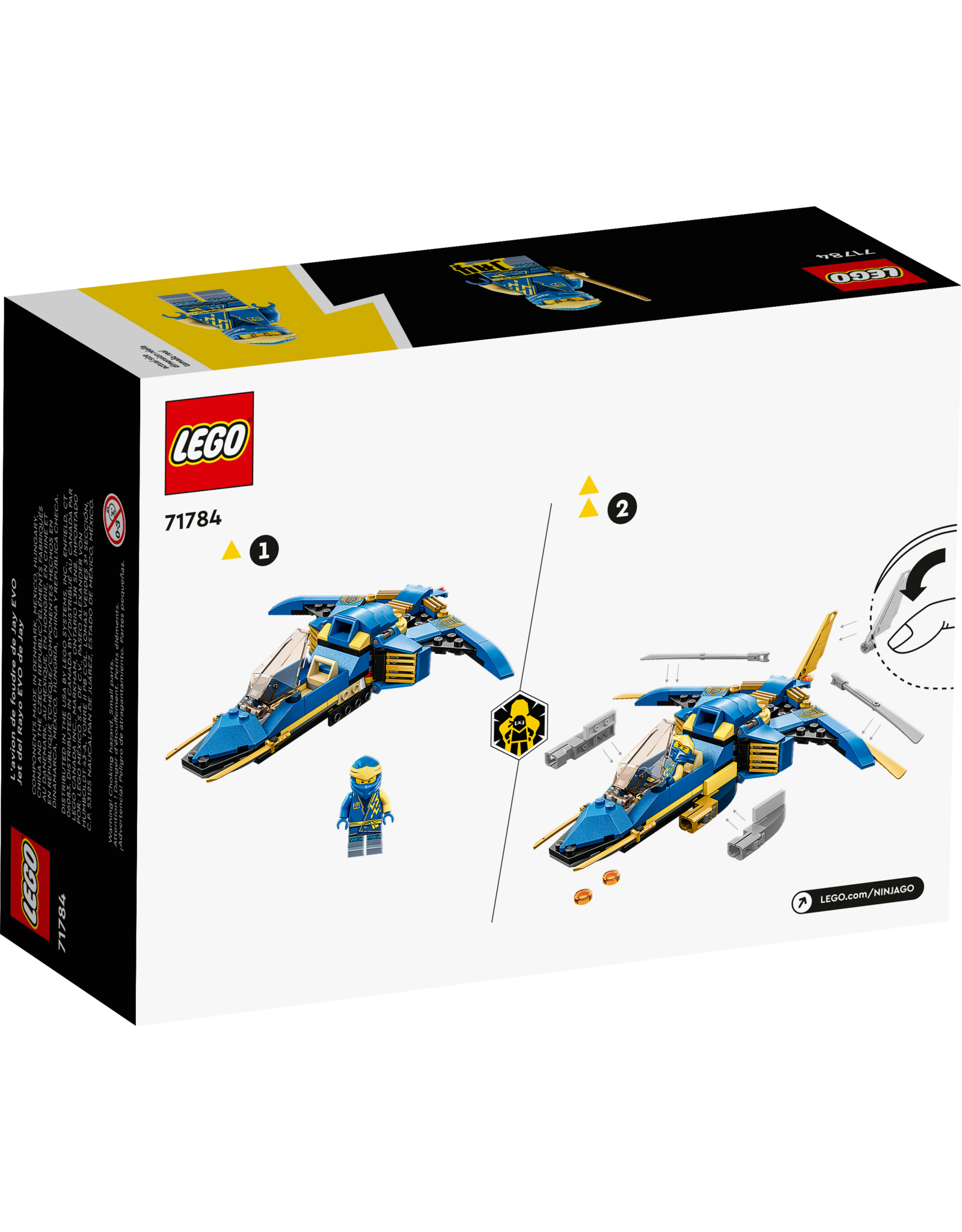 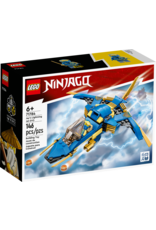 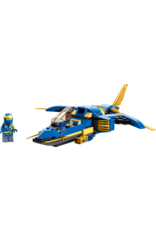 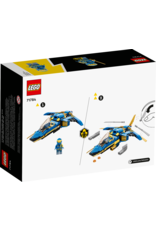 Soar into the sky with Jay in his supercool Lightning Jet to protect NINJAGO® City! Keep an eye out for villains as you patrol the airspace above the ninja’s home. When you land, upgrade the jet to make it bigger and more intimidating by adding golden blades, a rudder and 2 powerful stud shooters, before zooming back into the clouds. Now, at the first sign of danger, you can fire the shooters!

Give ninja fans aged 7+ the chance to soar into the skies over NINJAGO® City with Jay’s Lightning Jet EVO (71784). This supercool jet can be upgraded into an even bigger and more intimidating model by adding 2 stud shooters, golden blades and a golden rudder. The best aerial adventures for ninja fans This lightning jet building set comes with a Jay minifigure for kids to place inside the cockpit and play out high-flying ninja adventures. Kids can also combine it with other NINJAGO sets in their collection to enjoy even more playtime action. LEGO® Builder app Let the LEGO Builder app guide you and your child on an easy and intuitive building adventure. Zoom in and rotate models in 3D, save sets and track your progress.