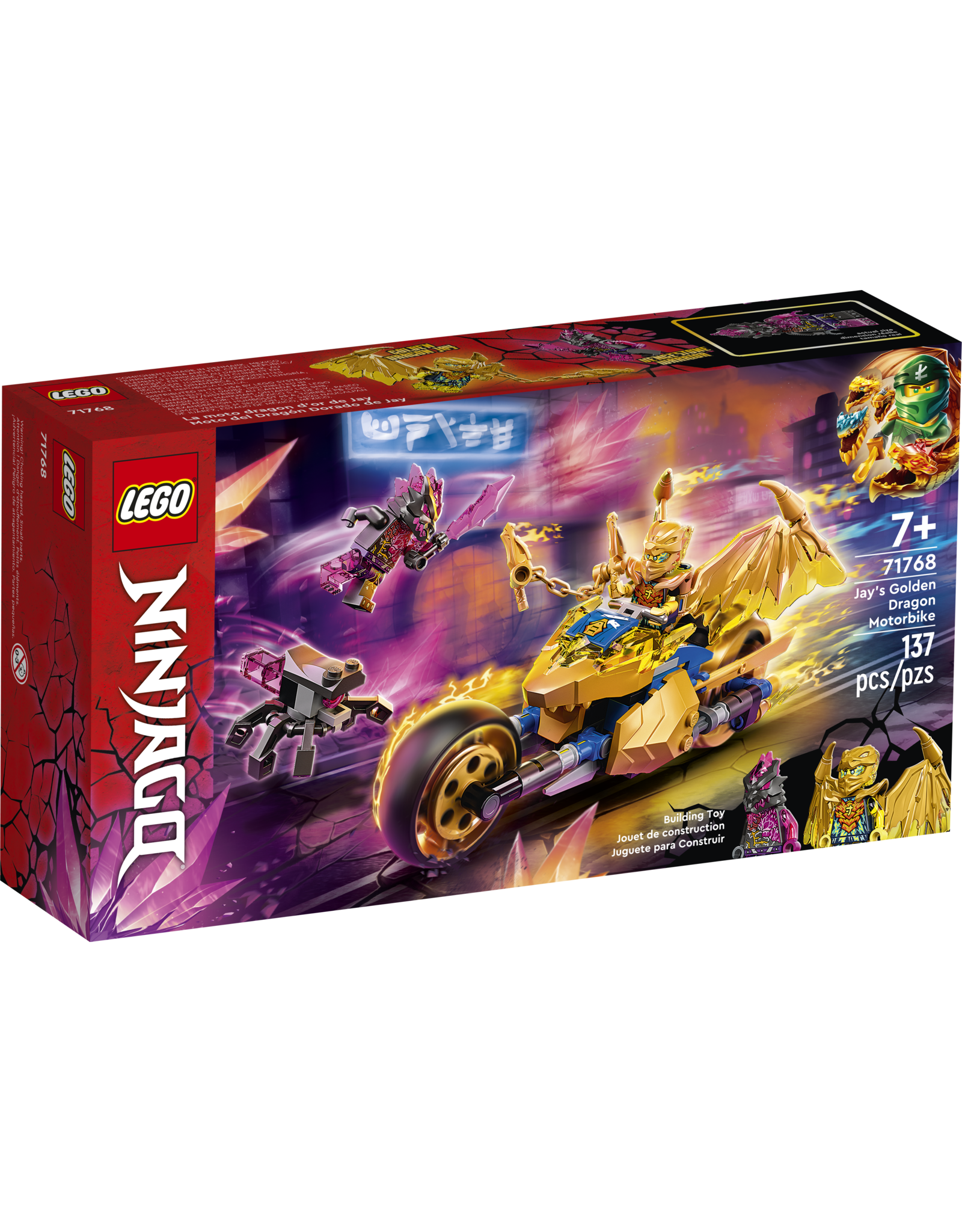 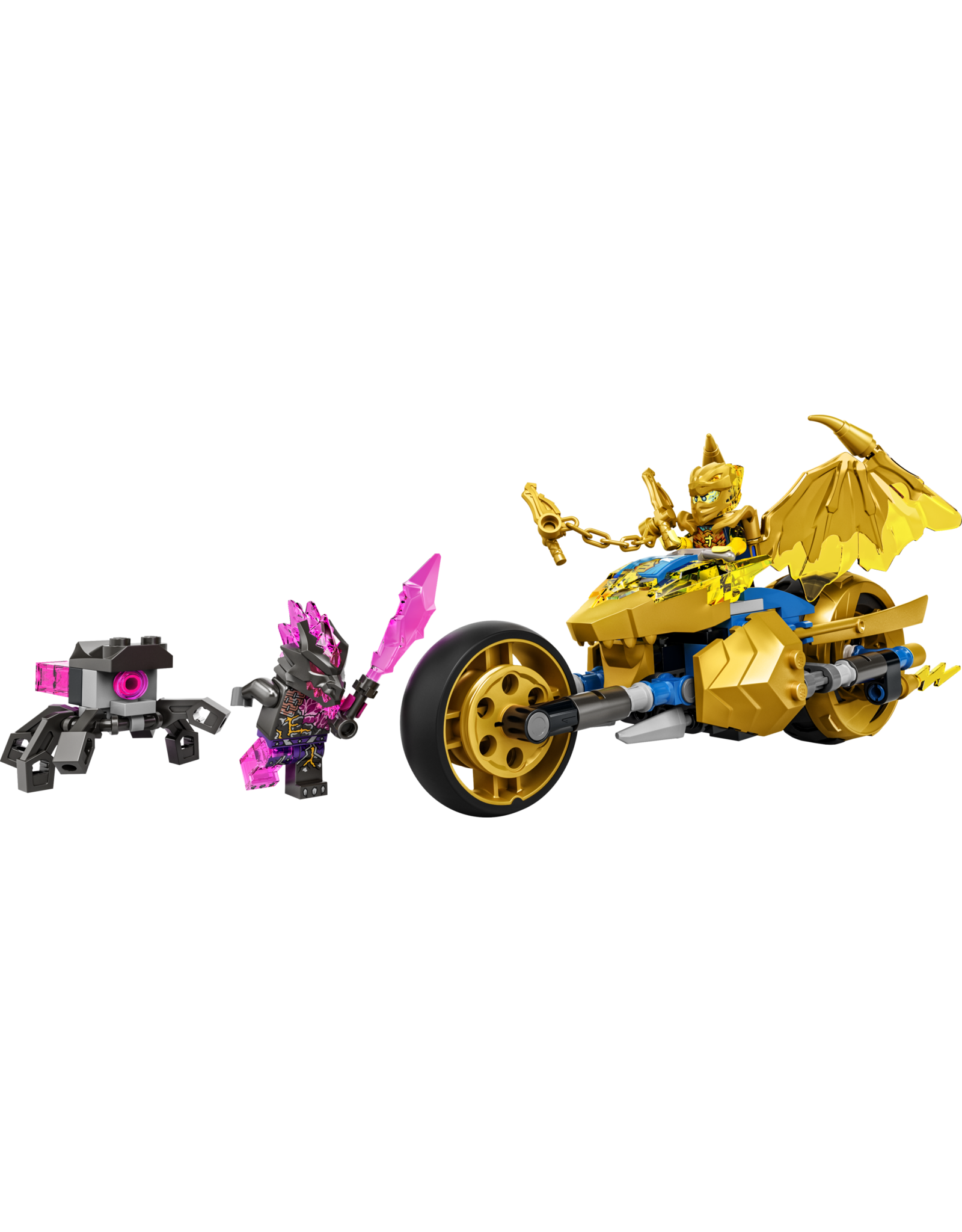 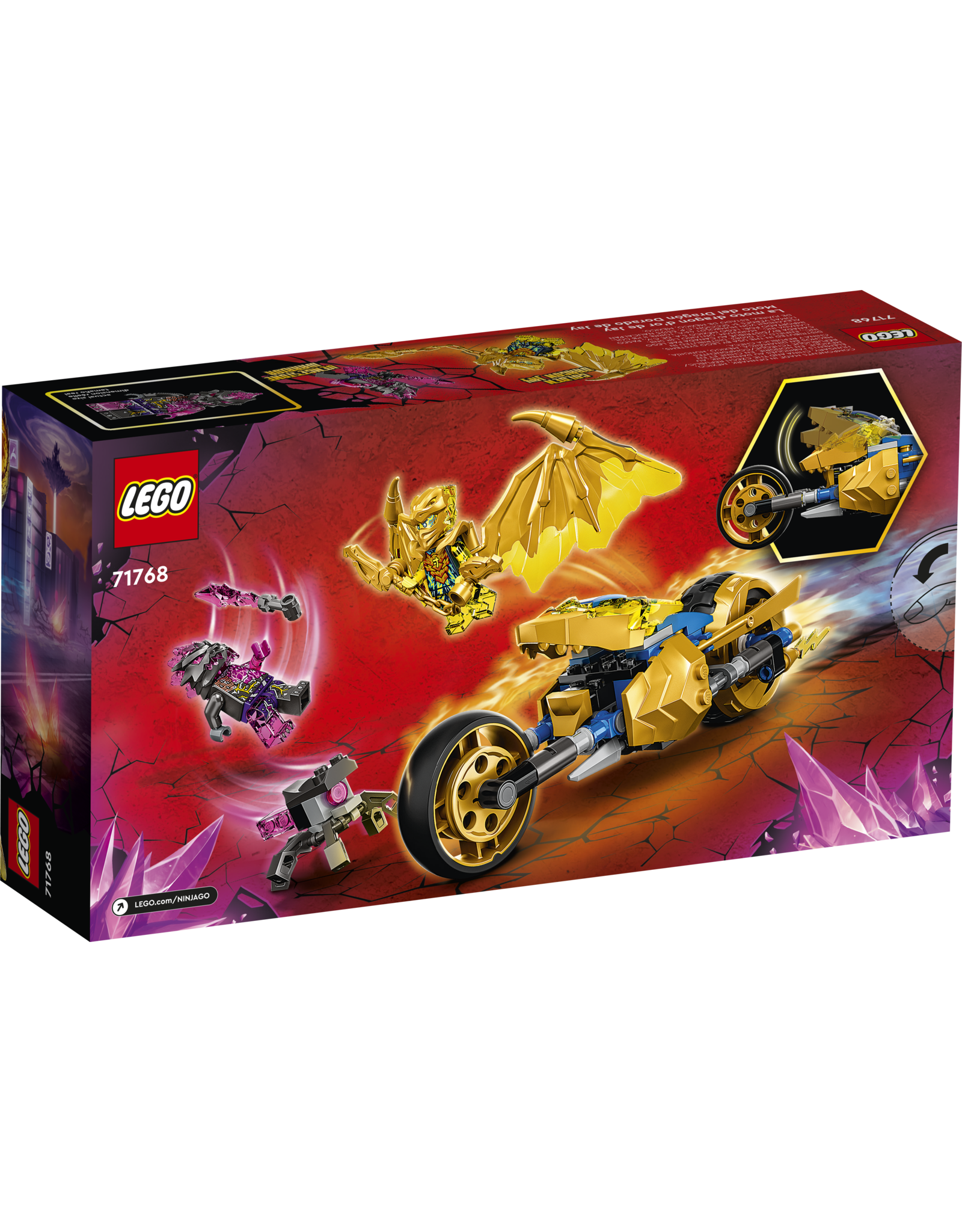 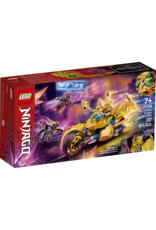 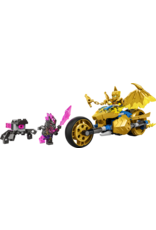 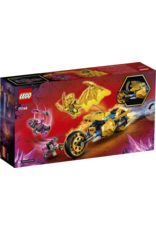 LEGO® NINJAGO® Jay’s Golden Dragon Motorbike (71768) playset has everything ninja fans aged 7 and up need to recreate gripping scenes from the NINJAGO: Crystallized TV series. This NINJAGO bike toy features a golden dragon’s head with a moving mouth and golden side panels. A building set to delight ninja fans The ninja vehicle toy comes with 2 minifigures: Golden Dragon Jay, who can be strengthened with his elemental golden nunchucks weapon and a set of golden dragon wings adorned with spikes, and a Vengestone Warrior with a sword, who is accompanied by a crystal spider. Kids can play out adventures to help Golden Dragon Jay defend NINJAGO City from attack. Collectible toys to take kids to another world! NINJAGO toys encourage kids to put down their screens and dive into a thrilling world of fantasy action. Here they can join forces with their brave ninja heroes to battle the forces of evil with a fantastic collection of playsets including mechs, cars, jets, dragons and temples.