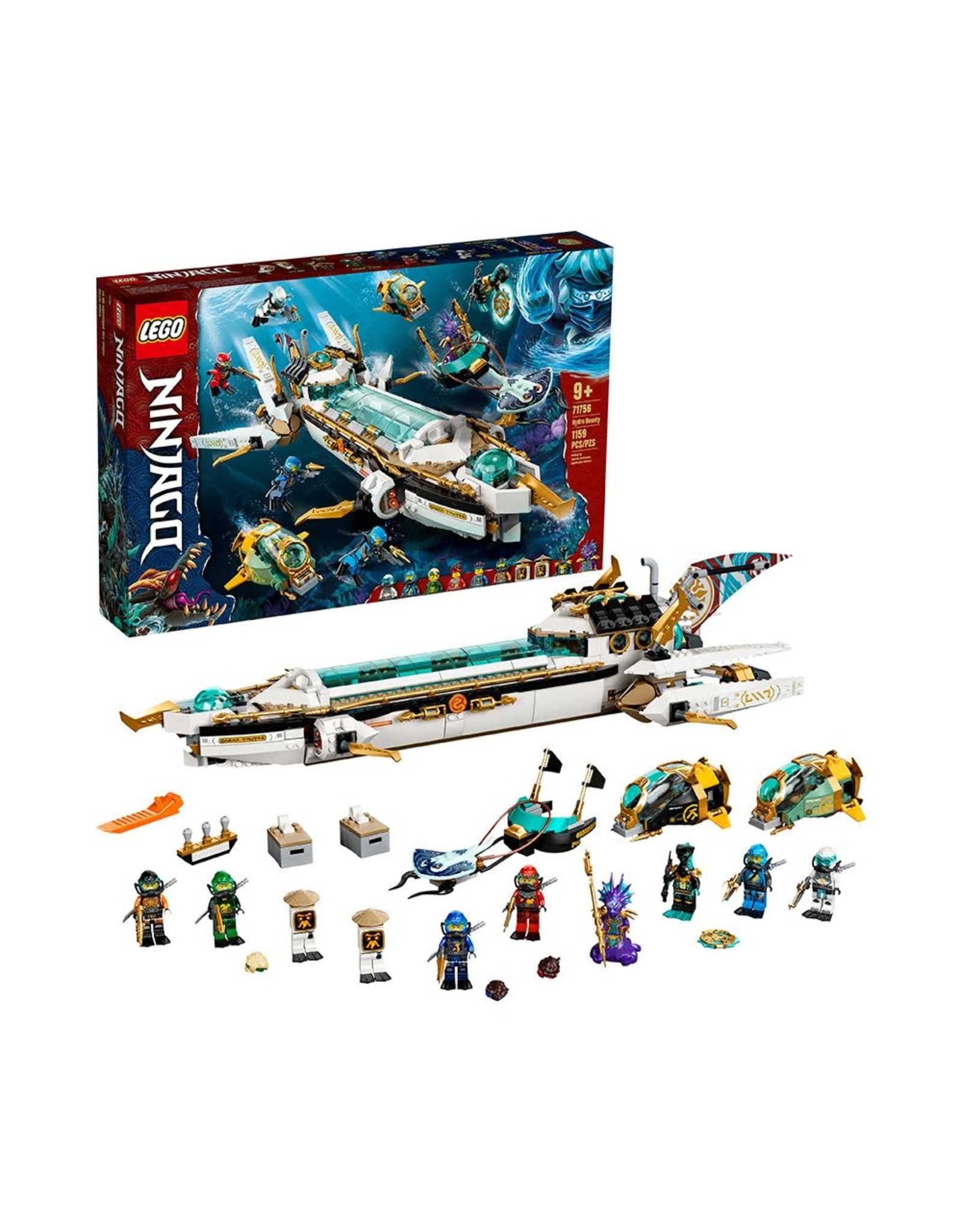 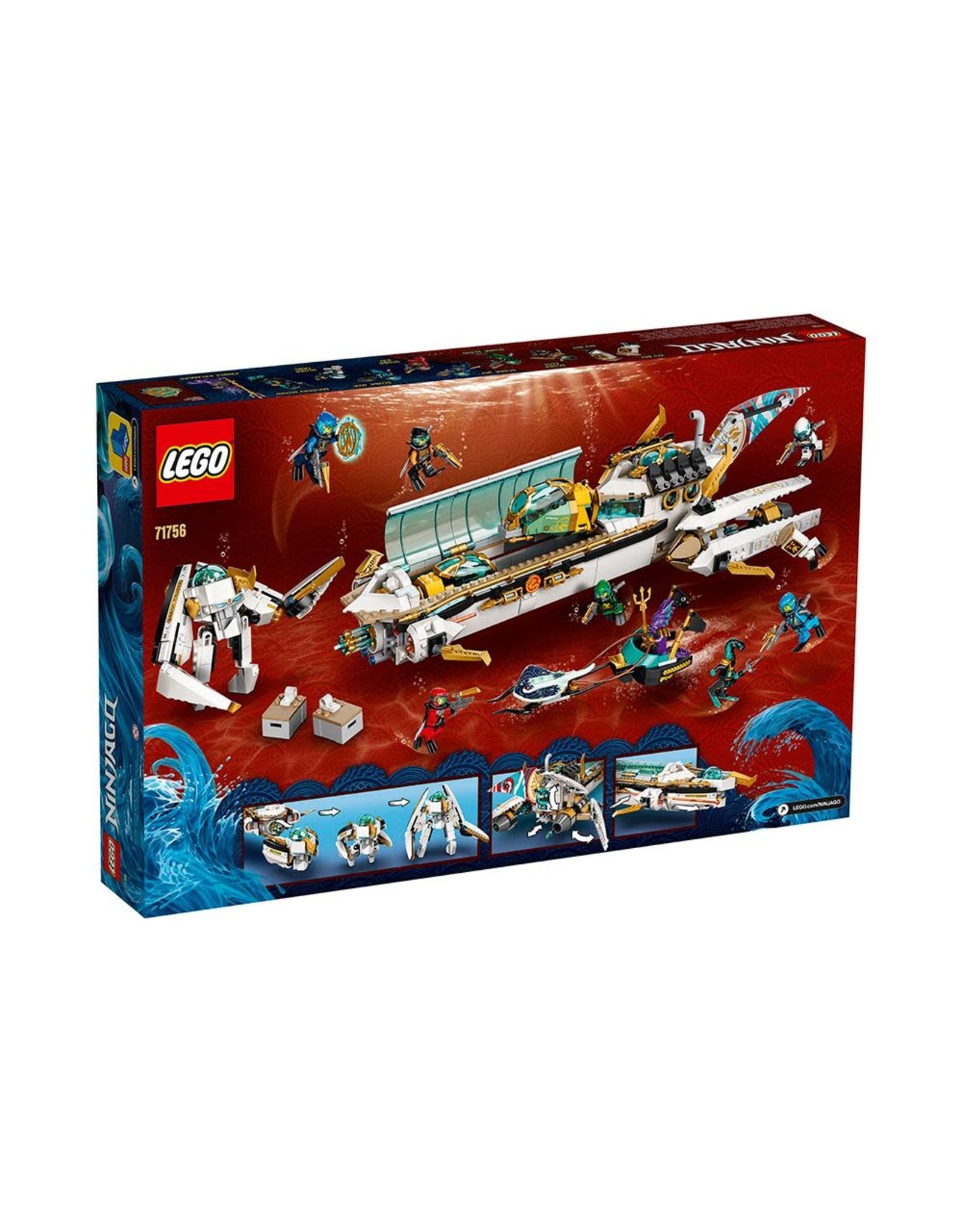 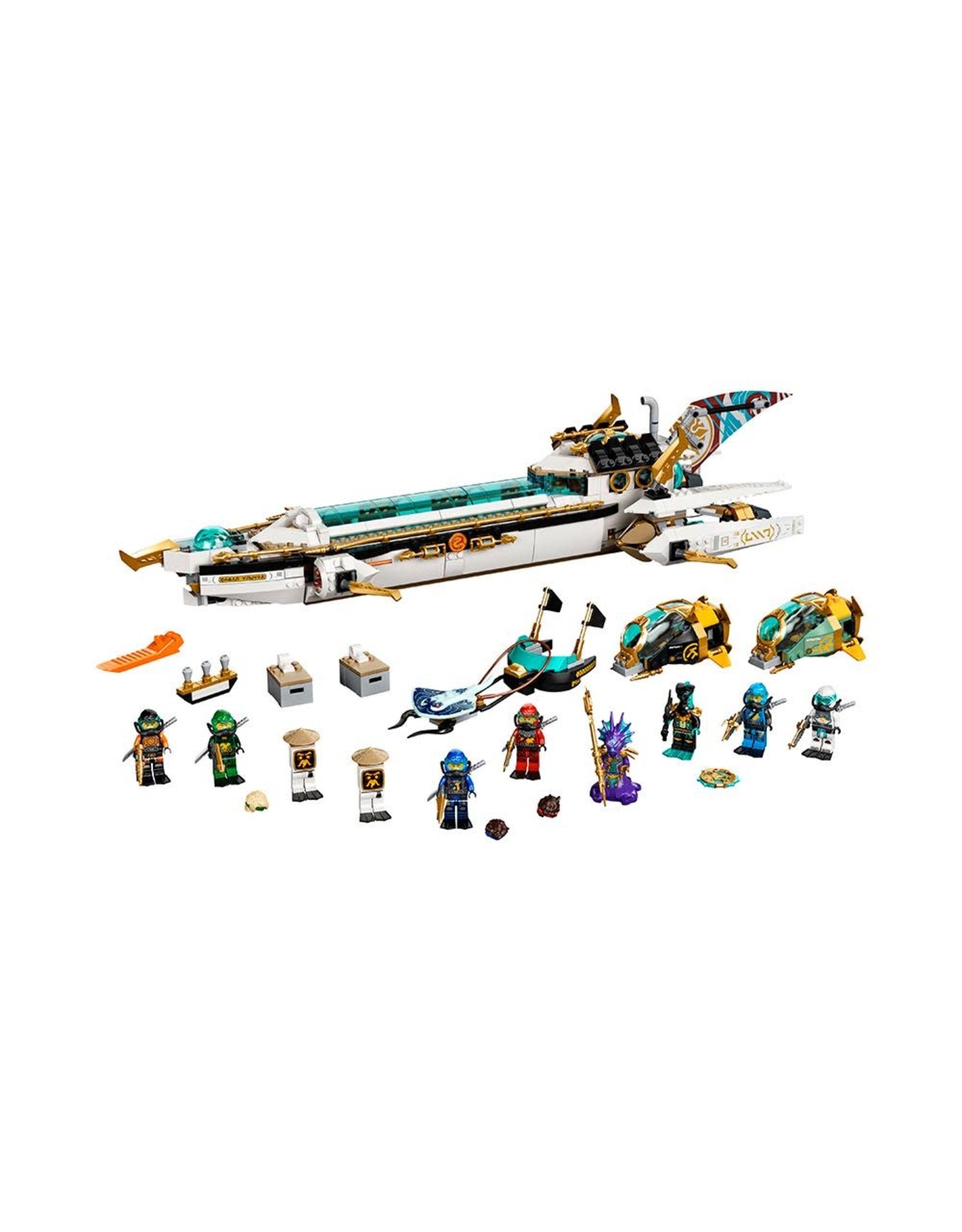 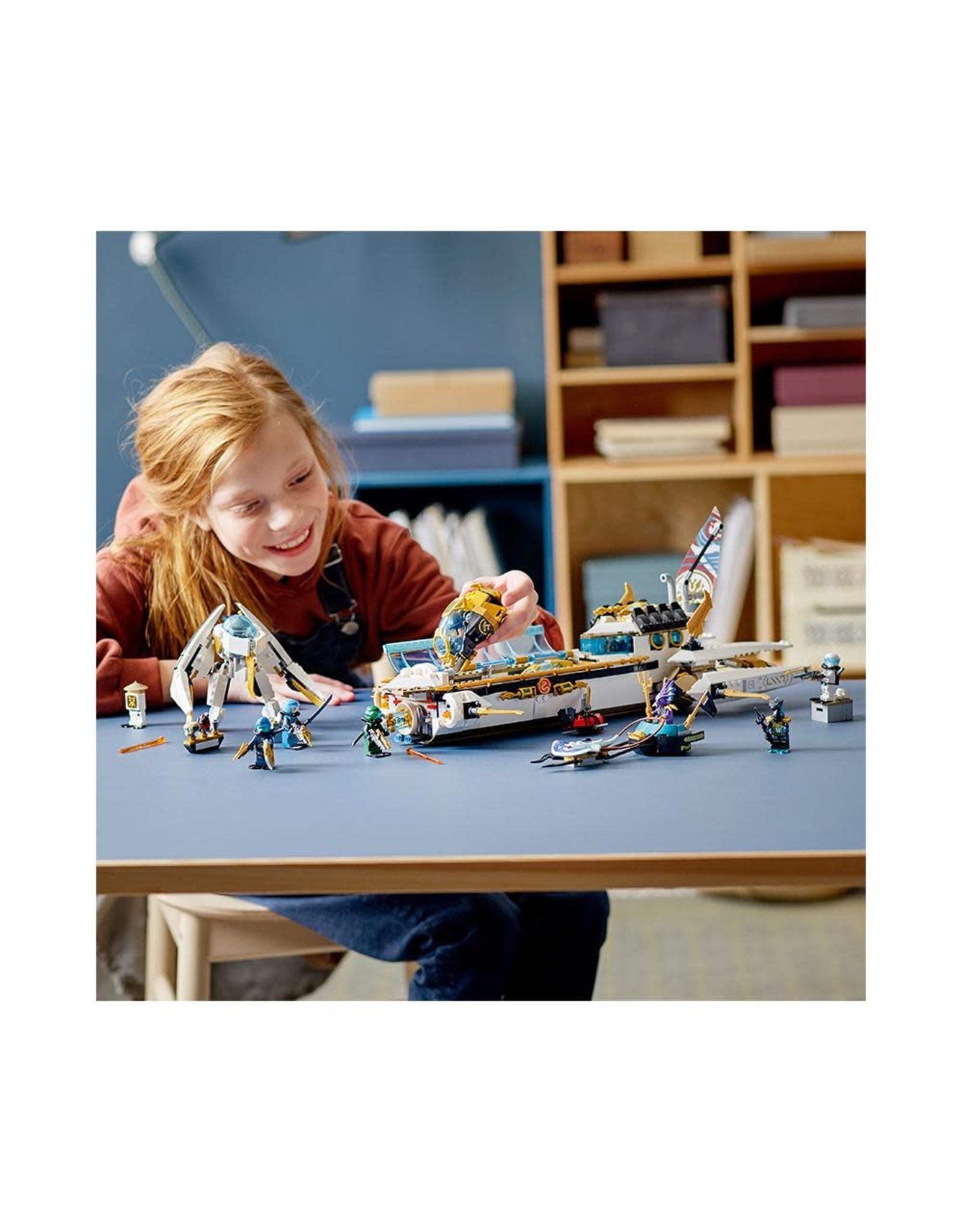 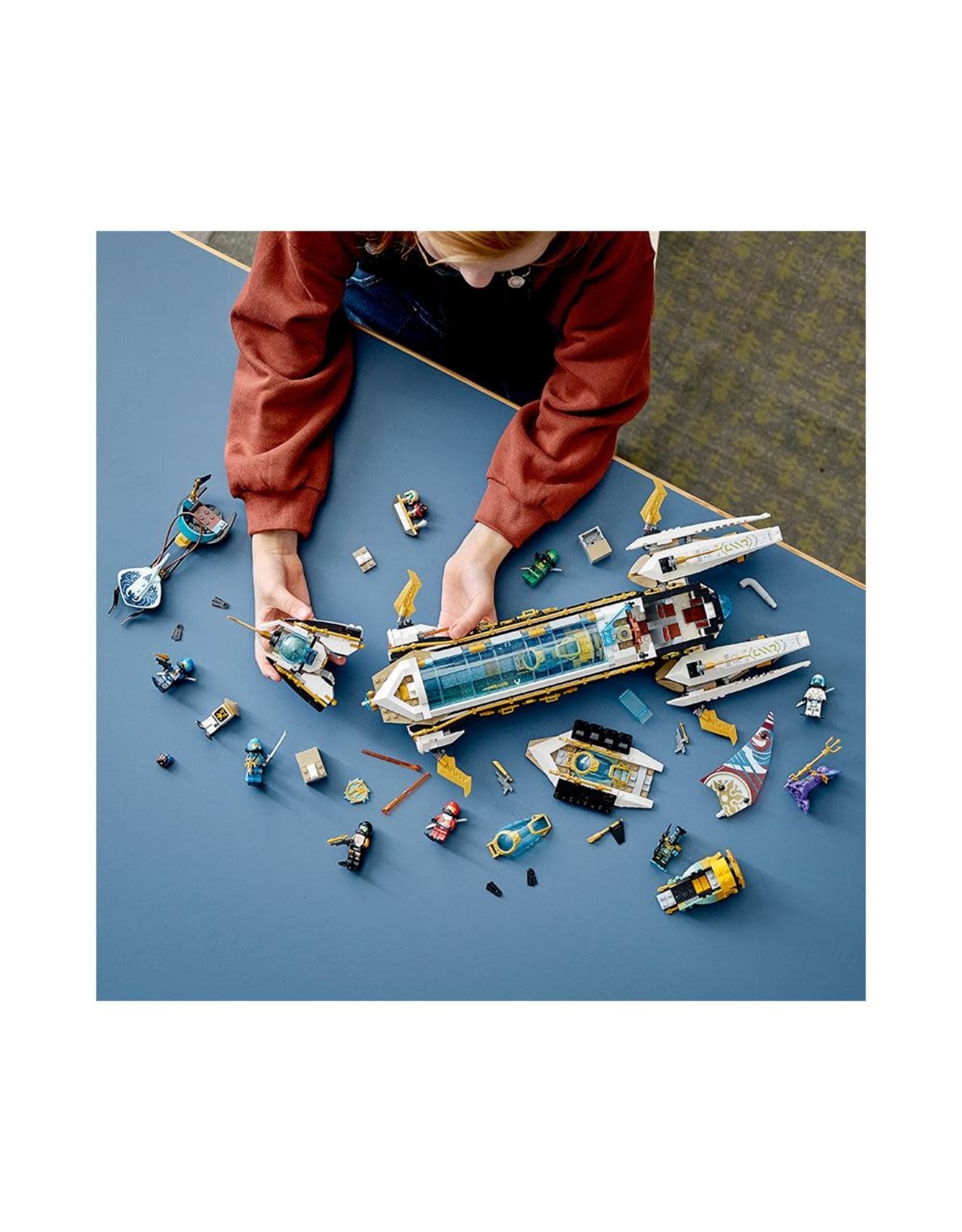 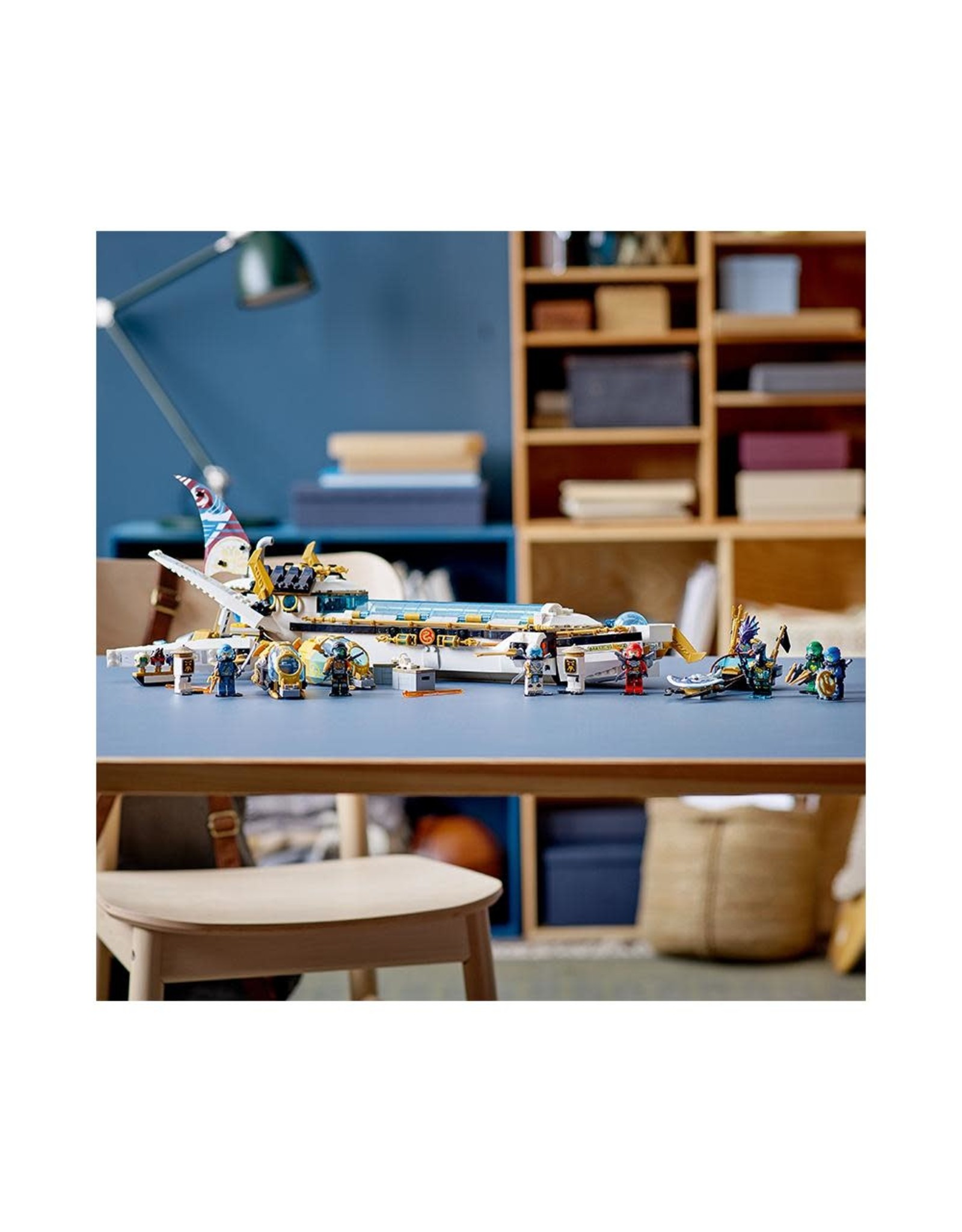 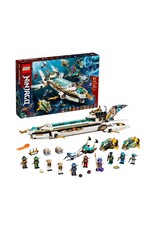 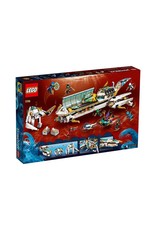 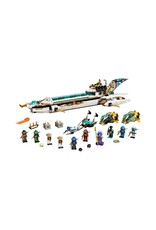 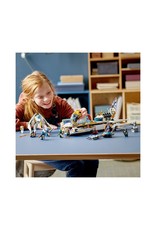 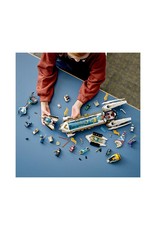 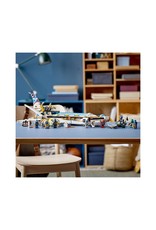 Kids can enjoy all-action battles at the bottom of the sea with this brilliantly detailed LEGO® NINJAGO® Hydro Bounty (71756) playset. The underwater vehicle comes with 10 minifigures and is crammed with cool features – 2 spring-loaded shooters, an opening cockpit, folding wings, a detachable mech and 2 mini submarines, all to fuel the imaginations of young ninja fans!

NINJAGO toys transport kids to a world of immersive fantasy action. Young builders can enjoy assembling these unique toys before diving into awesome adventures with their ninja heroes as they battle a cast of their enemies while playing with an amazing collection of jets, dragons and mechs.

• LEGO® NINJAGO® Hydro Bounty (71756) is an action-packed submarine playset with exciting features for ninja fans to stage gripping stories under the sea.
• Includes 10 minifigures from the NINJAGO®: Seabound TV series: Scuba Kai, Scuba Cole, Scuba Jay, Scuba Lloyd, Scuba Zane and Scuba Nya, Prince Kalmaar, a Maaray Guard and 2 Wu Bots.
• The Hydro Bounty has 2 spring-loaded shooters, 2 folding wings, an opening cockpit and a detachable mech, and it carries 2 cool mini submarines.
• This 1,159-piece submarine toy for ages 9 and up makes a great birthday or holiday gift they will be proud to take on playdates to wow their friends.
• The Hydro Bounty measures over 6 in. (15 cm) tall, 23 in. (59 cm) long and 12 in. (30 cm) wide – the ideal size to play with at home or display in between playtimes.
• Look out for more NINJAGO® sets inspired by the NINJAGO: Seabound TV series including Water Dragon (71754), Lloyd's Hydro Mech (71750) and Temple of the Endless Sea (71755).
• LEGO® NINJAGO® has an amazing collection of detailed playsets any kid would be proud to own and lets them learn the ninja values of courage, self-sacrifice and family while having fun.
• For more than 6 decades, LEGO® bricks have been made from high-quality materials, ensuring they connect and pull apart consistently every time – ninja skills not needed!
• LEGO® building bricks meet stringent safety standards, which means kids are in safe hands.