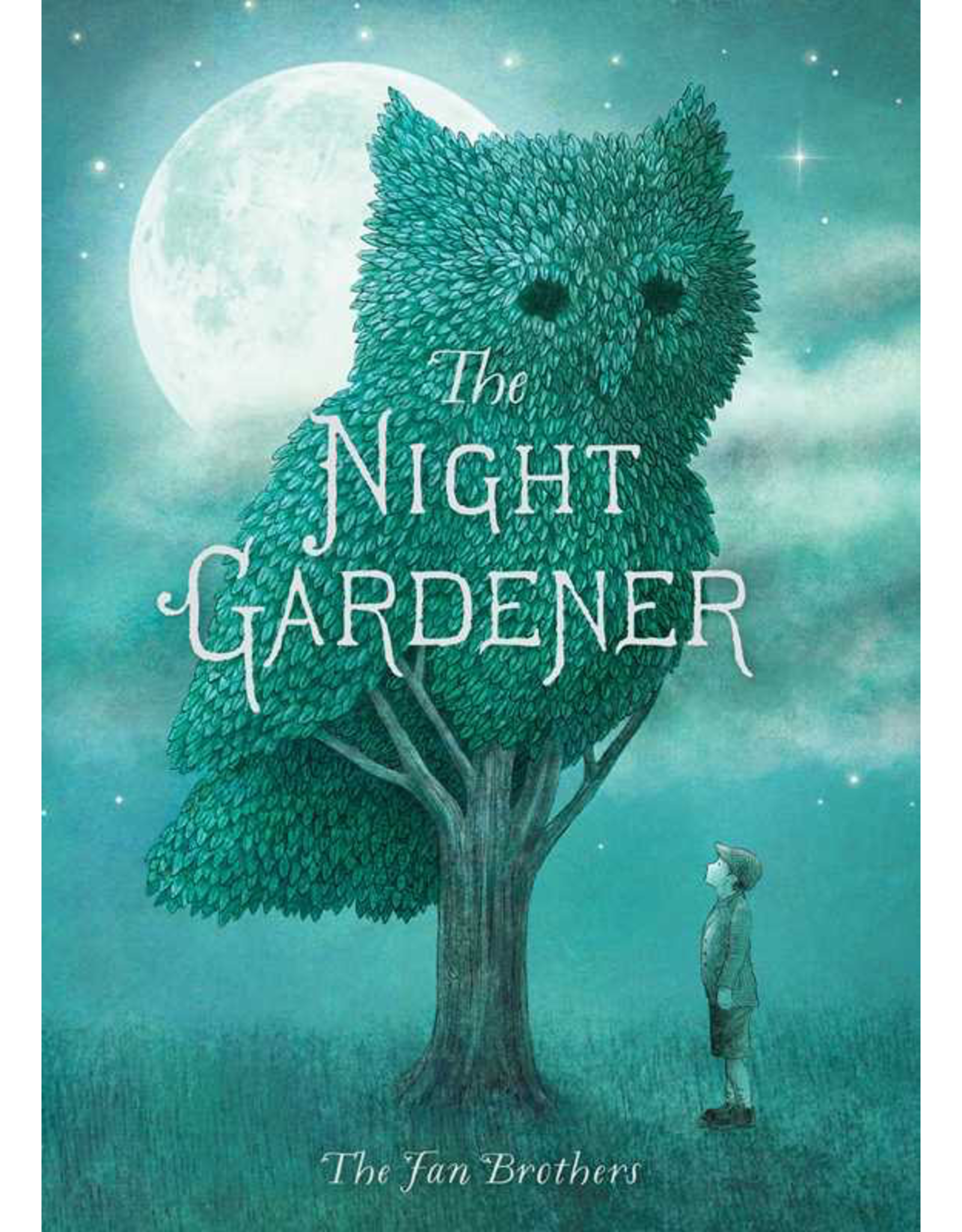 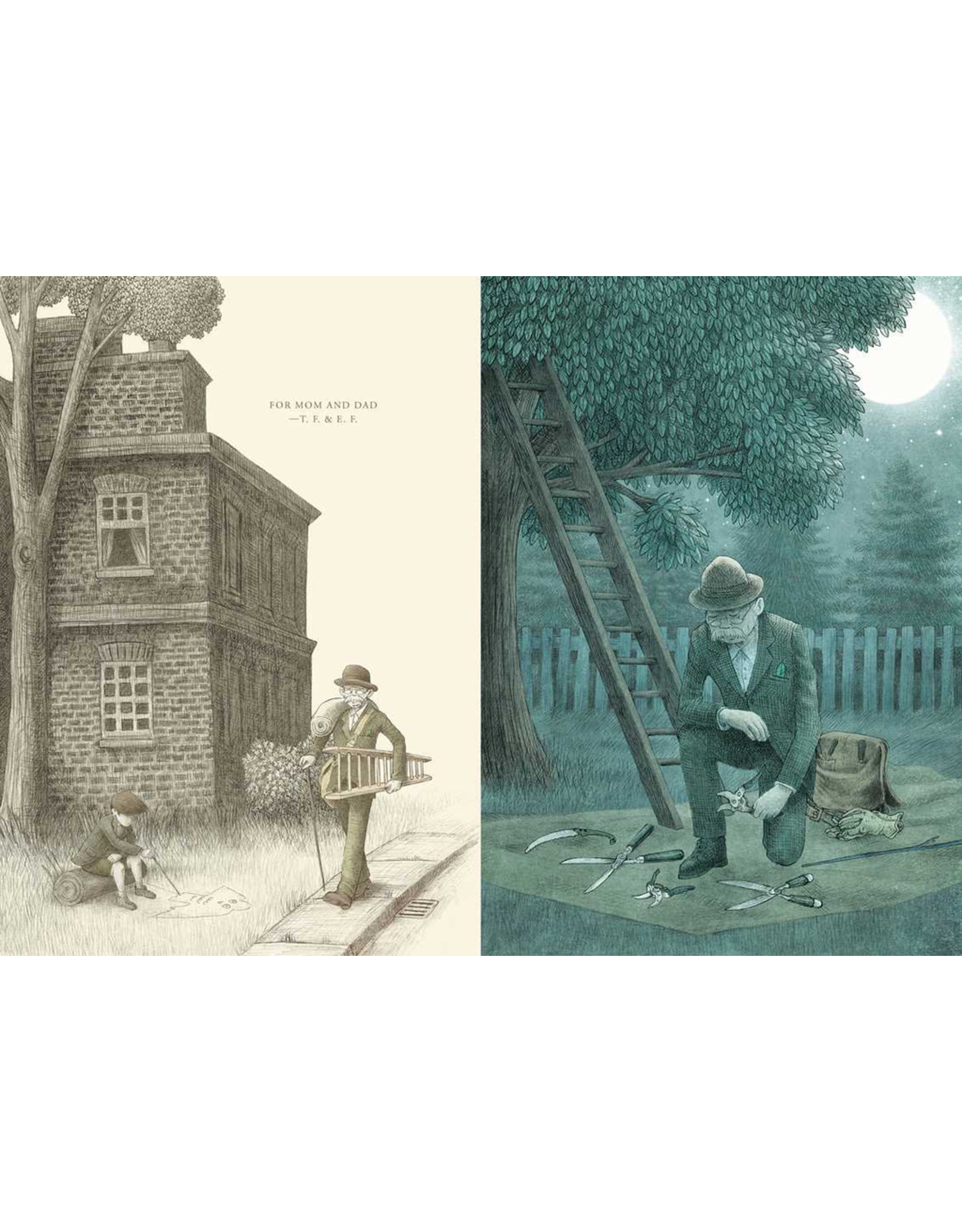 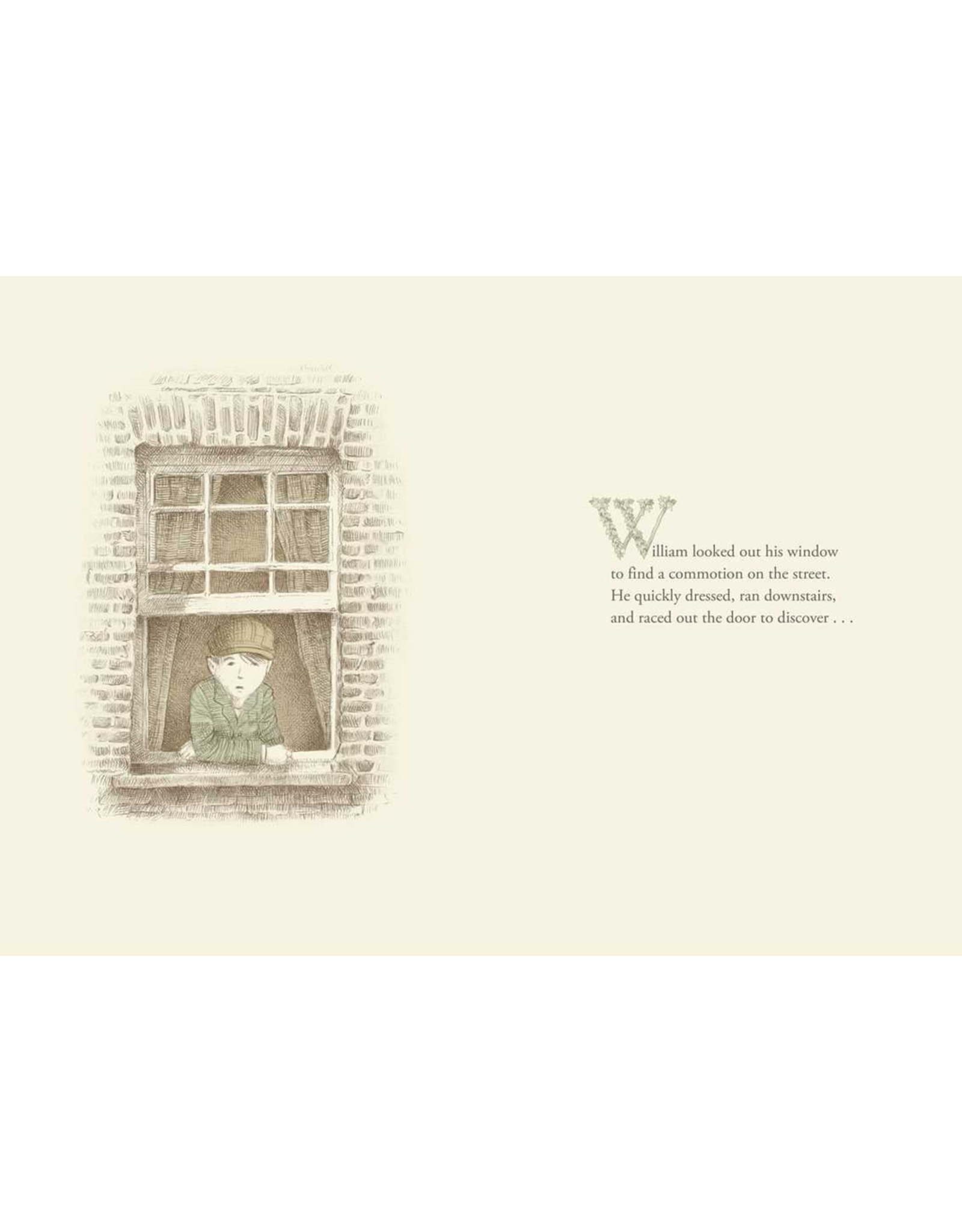 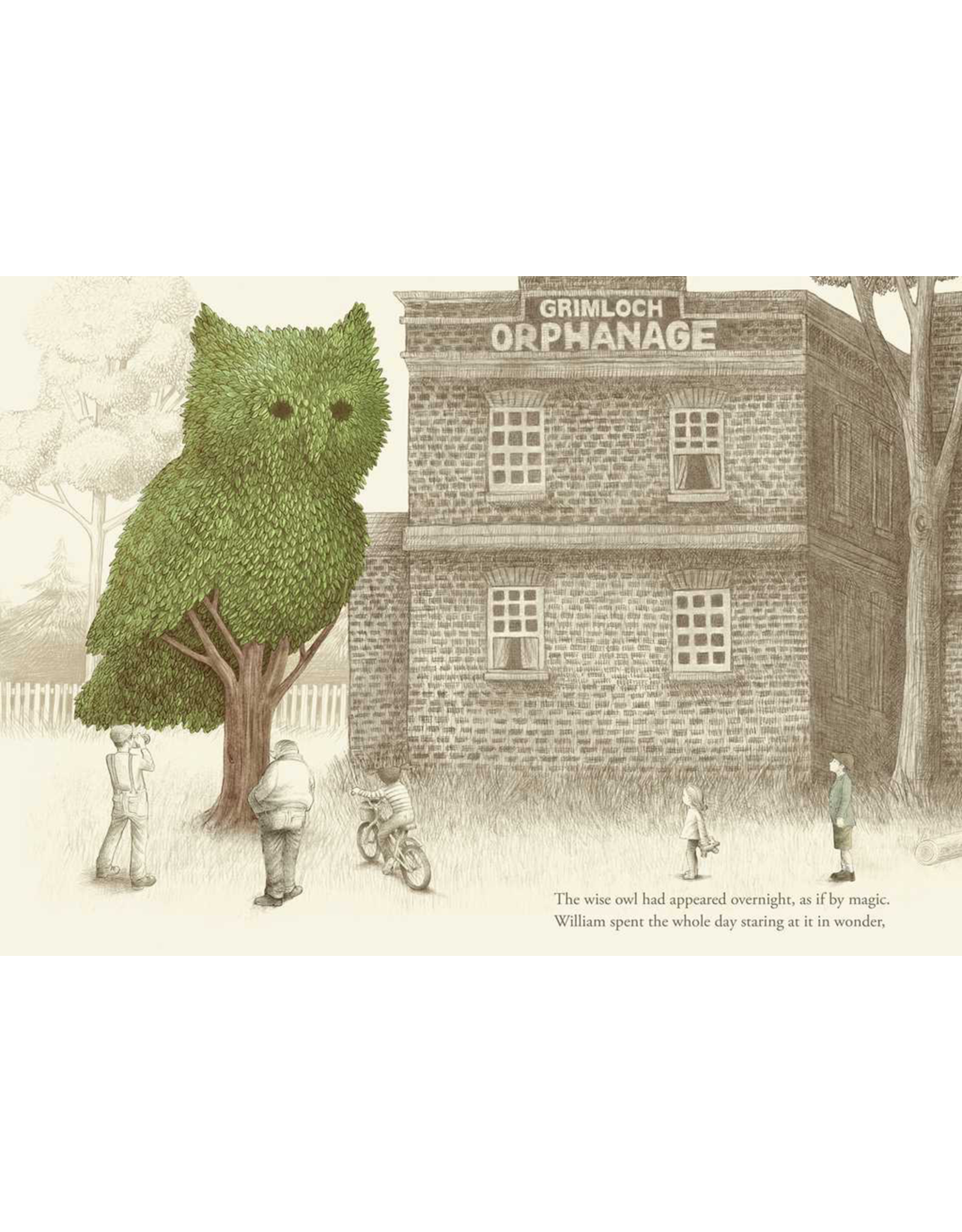 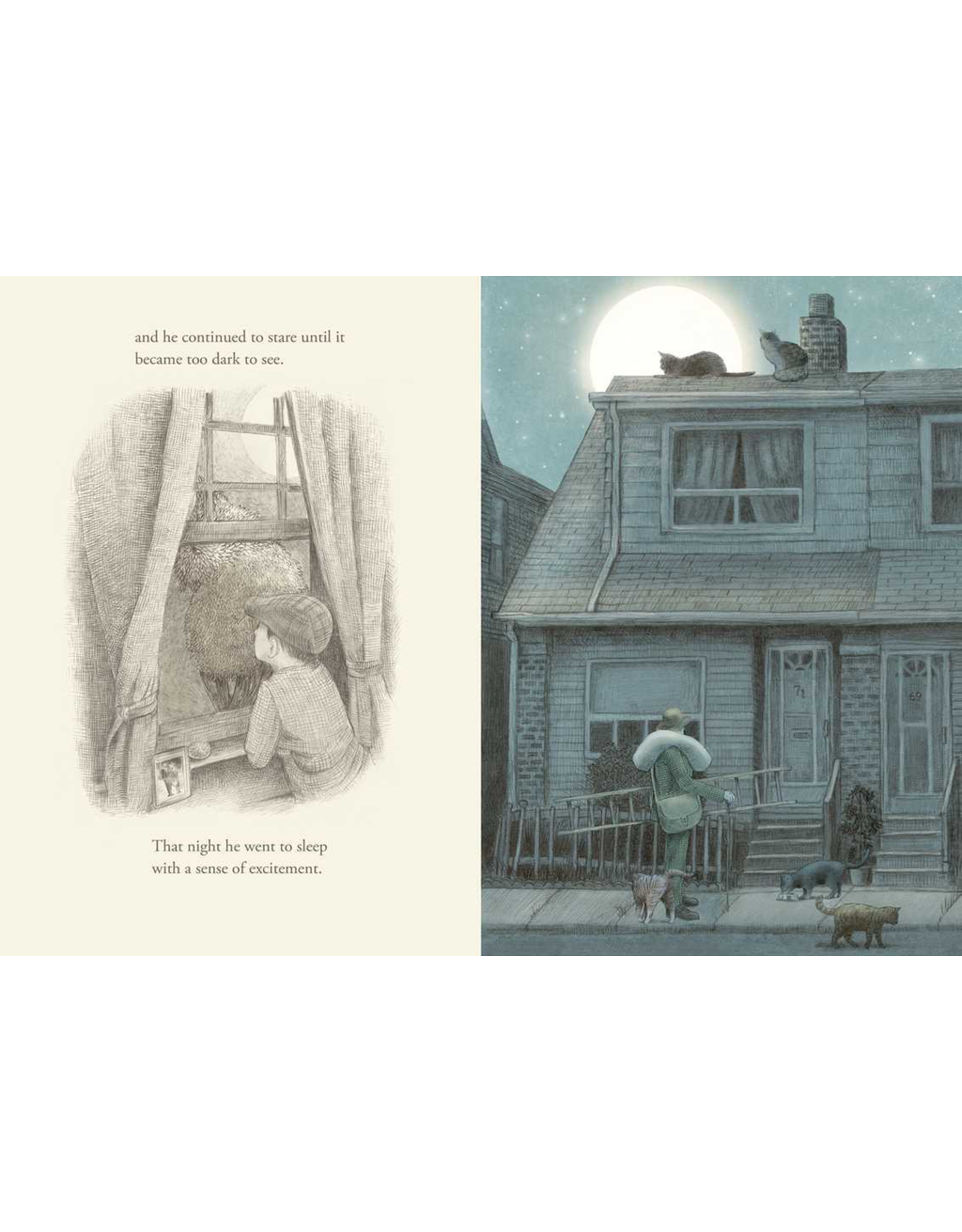 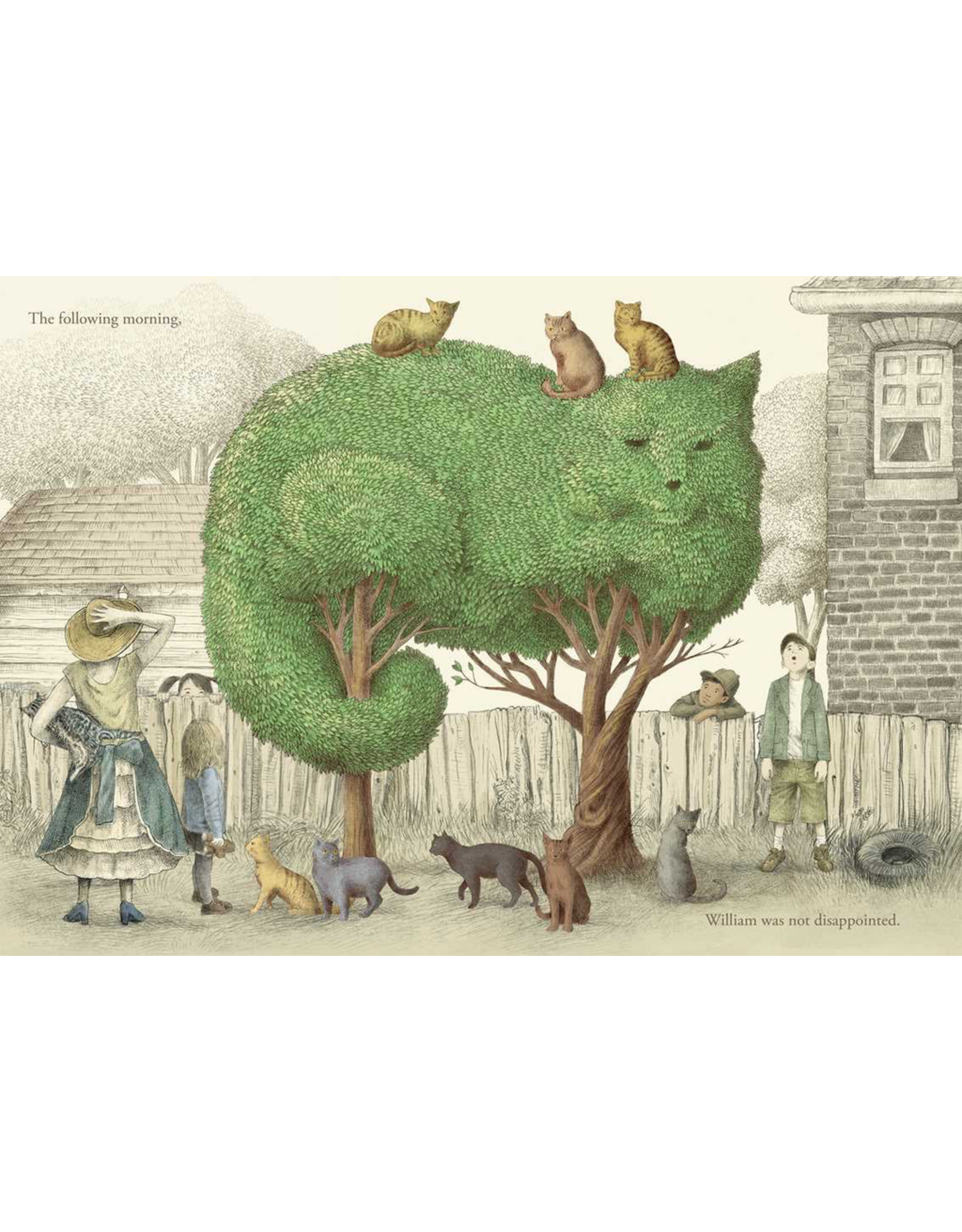 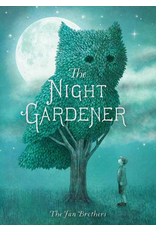 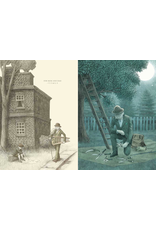 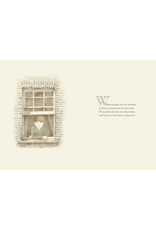 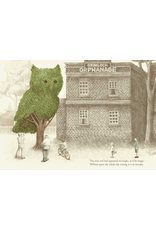 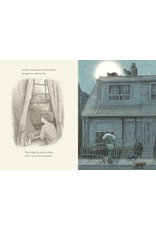 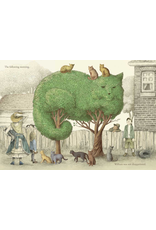 In the spirit of Goodnight Moon and The Curious Garden comes a stunning debut picture book filled with whimsy and creativity from brothers Terry and Eric Fan.
One day, William discovers that the tree outside his window has been sculpted into a wise owl. In the following days, more topiaries appear, and each one is more beautiful than the last. Soon, William’s grey little town is full of colour and life. And though the mysterious night gardener disappears as suddenly as he appeared, William—and his town—are changed forever.
With breathtaking illustrations and spare, sweet text, this masterpiece about enjoying the beauty of nature is sure to become an instant classic.
"A treat, with artwork worth lingering over."
— Publishers Weekly, STARRED REVIEW
"It is a pleasing collaboration with art bound to both haunt and delight."
— Booklist
"An elegant picture book that celebrates creativity and community."
— School Library Journal, STARRED REVIEW
“An uplifting testament to the effect that a caring adult can have on a lonely child…Visual pleasure abounds.”
— Kirkus Reviews, STARRED REVIEW
“The Night Gardener is visual storytelling at its best.”
— Shelf Awareness, STARRED REVIEW

Terry Fan received his formal art training at Ontario College of Art and Design in Toronto, Canada. His work is a blend of traditional and contemporary techniques, using ink or graphite mixed with digital. He spends his days (and nights) creating magical paintings, portraits, and prints. The Night Gardener is his first book. Born in Illinois, he now lives in Toronto. Visit him online at Krop.com/TerryFFan and Society6.com/igo2cairo and on Facebook (Terry Fan Illustration).
Eric Fan is an artist and writer who lives in Toronto, Canada. Born in Hawaii and raised in Toronto, he attended the Ontario College of Art and Design, where he studied illustration, sculpture, and film. He has a passion for vintage bikes, clockwork contraptions, and impossible dreams. The Night Gardener is his first children’s book. See more of his work at Society6.com/opifan64 and on Facebook (Eric Fan Illustration).
Pages 48
Add your review
0 stars based on 0 reviews