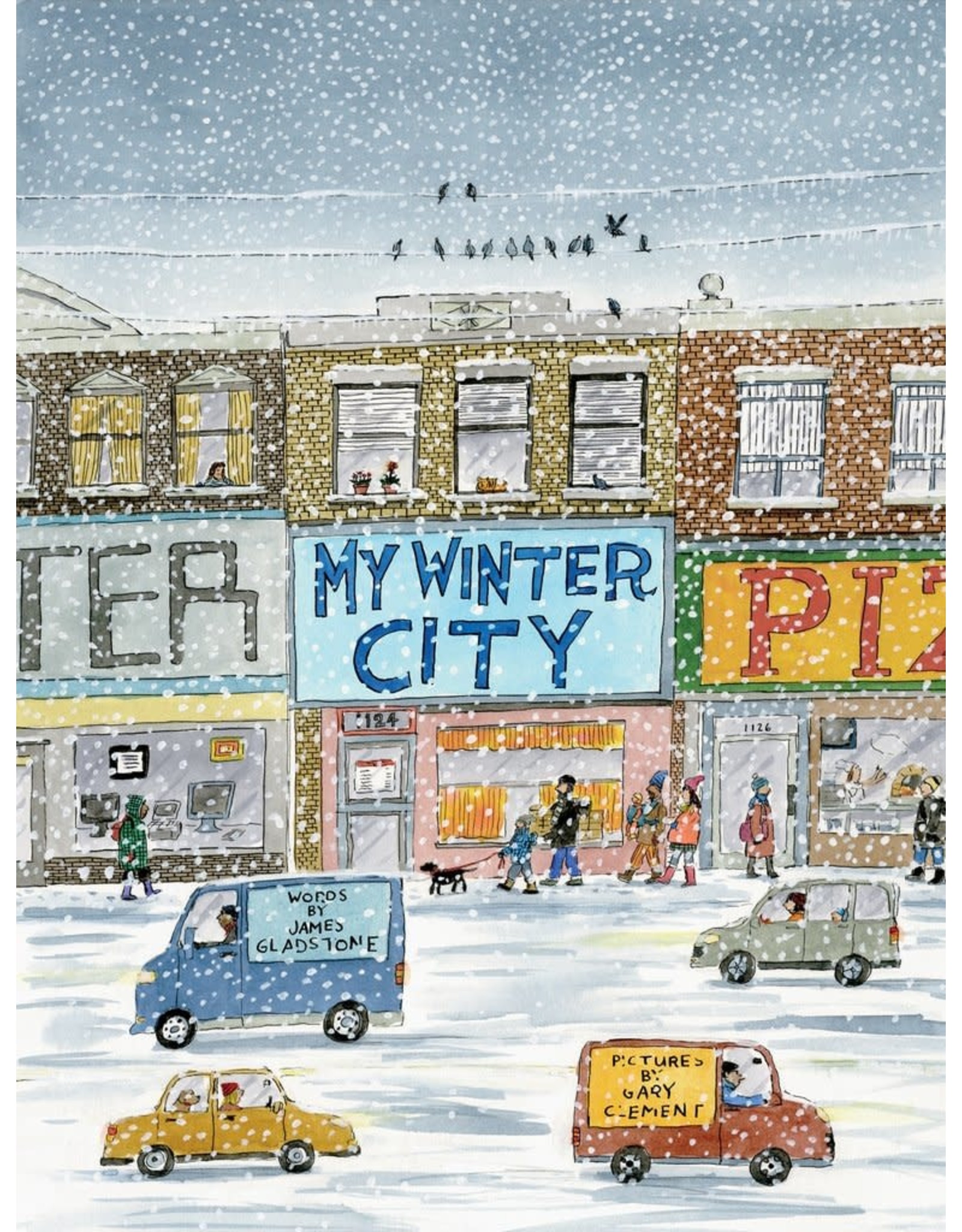 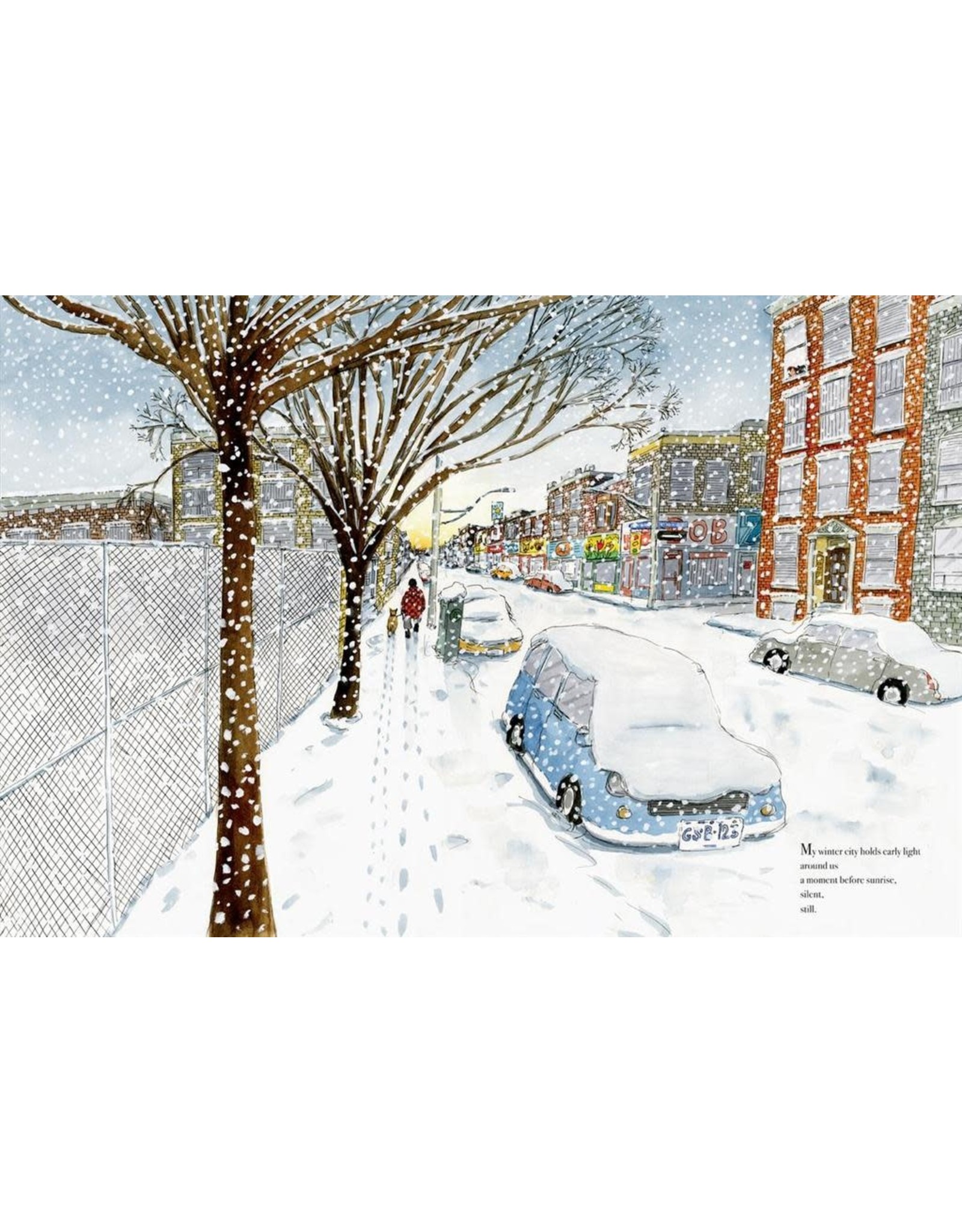 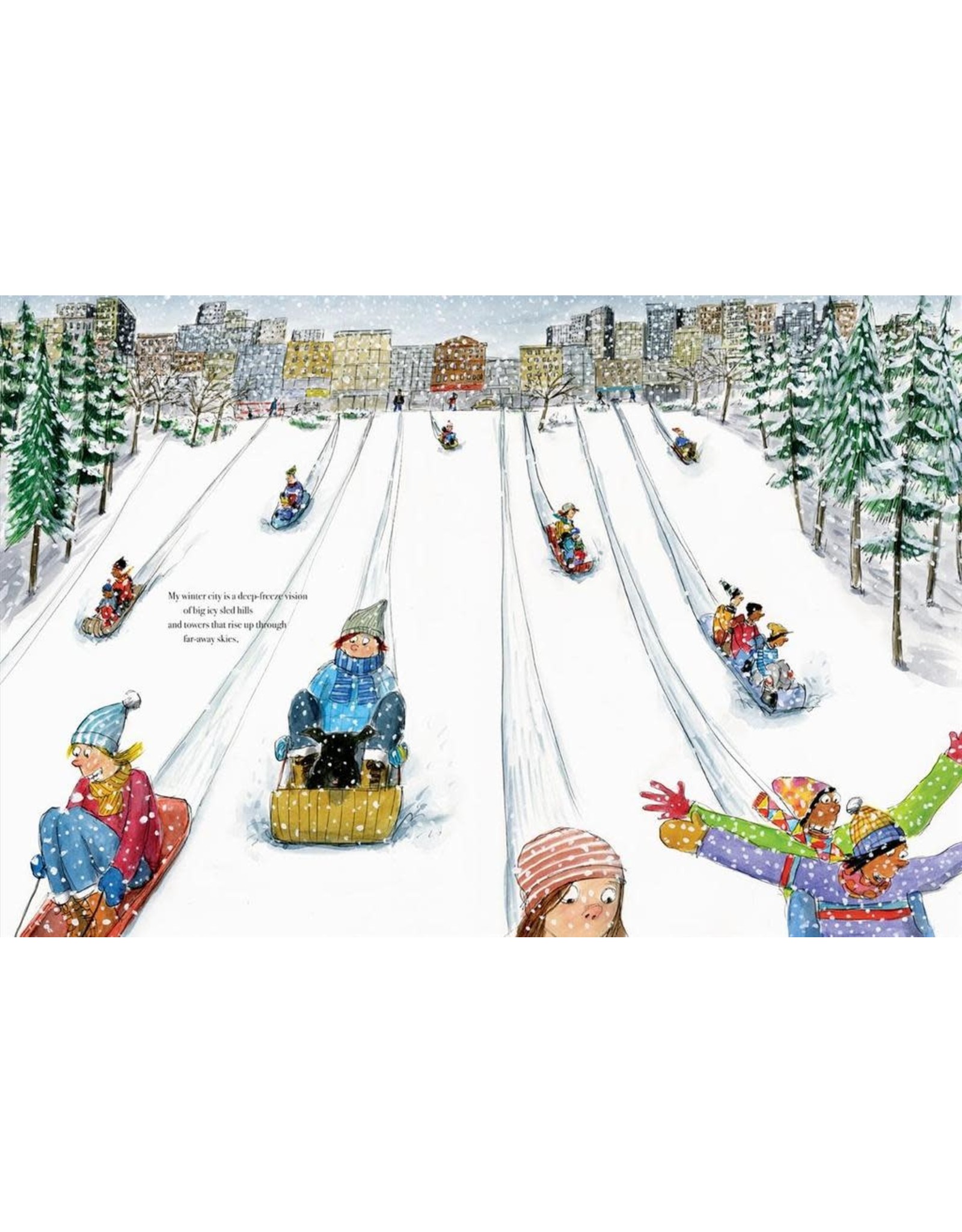 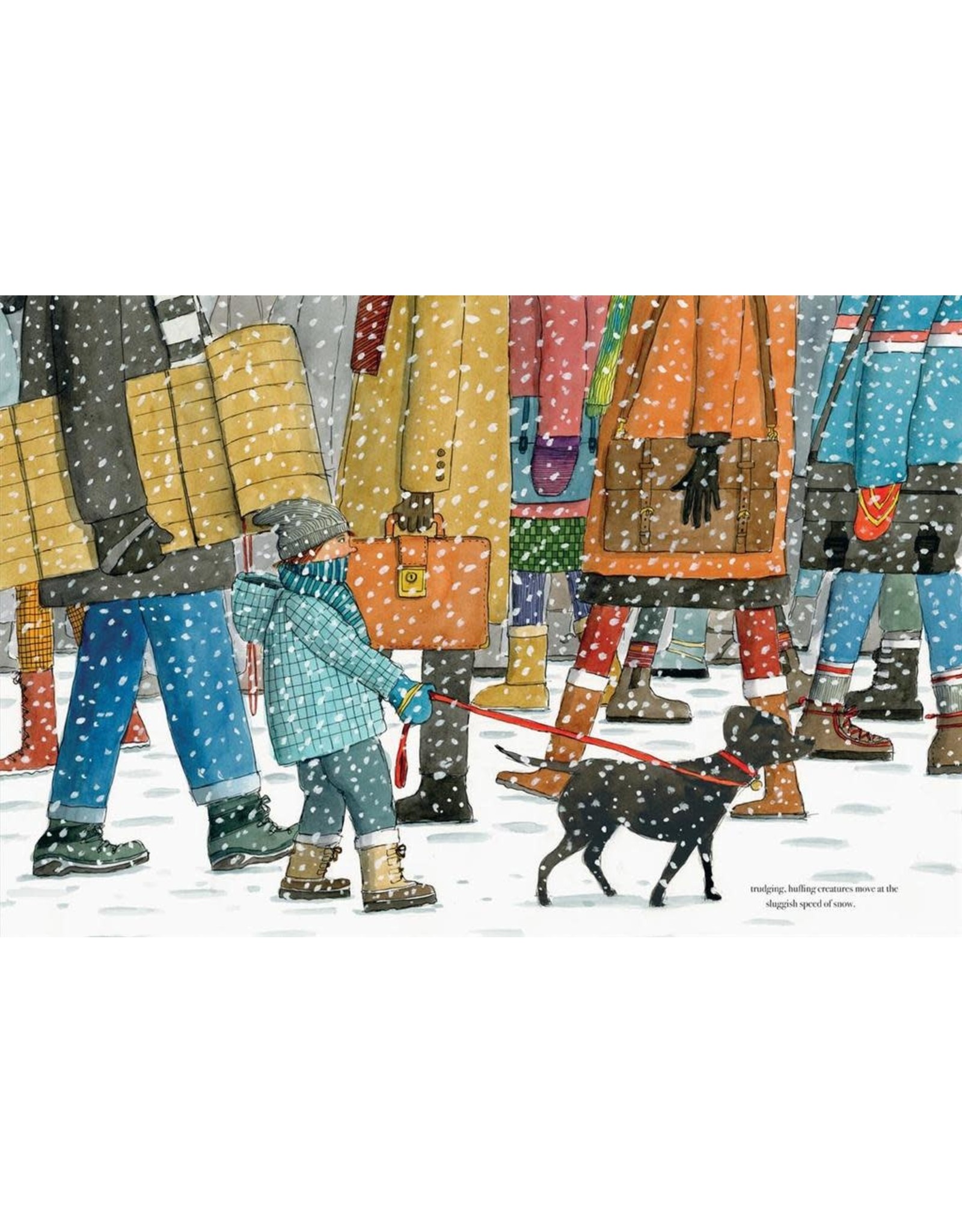 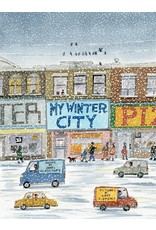 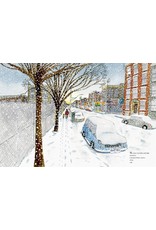 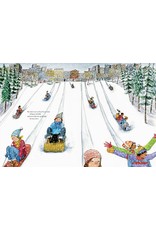 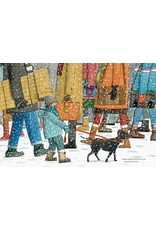 A boy, his father and their dog have a perfect day in a snowy city, illustrated by Governor General’s Literary Award winner Gary Clement.

A young boy wakes up in the early light of a winter morning, pulls on his boots and mittens, and steps out into the snowy city with his dad. They trudge through the snow, their dog bounding along beside them, then a slushy, steamy bus ride takes them to the tobogganing hill for some winter fun. The boy describes all the sights and sounds of the day, from the frost in Dad’s beard and the snow “pillows” in the park, to the noisy clunking snow plows and the singing buskers they pass on their way home. That night, the boy lies awake under cozy covers, reflecting on the day, as snow blankets the world outside his window.

This is winter in the city.