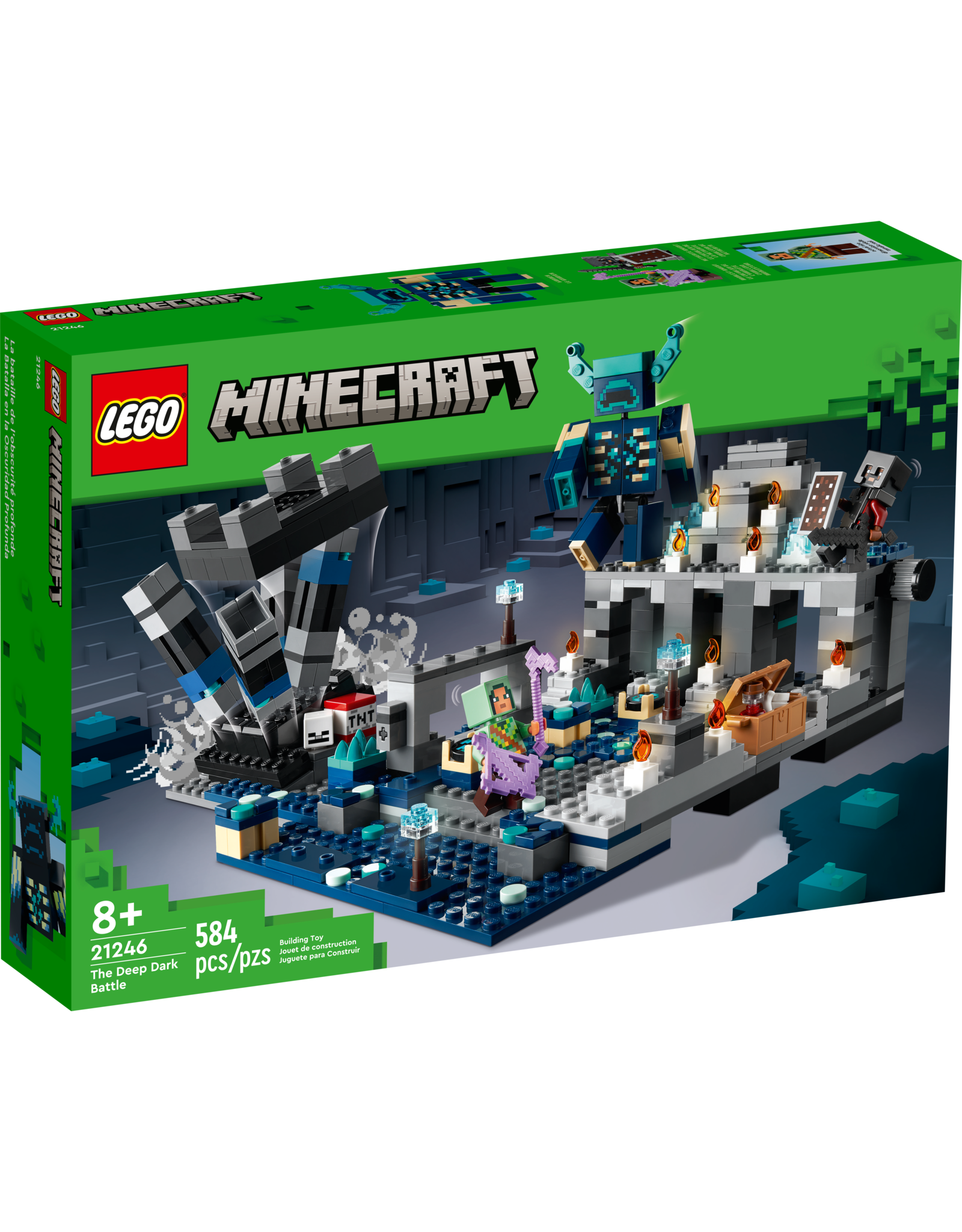 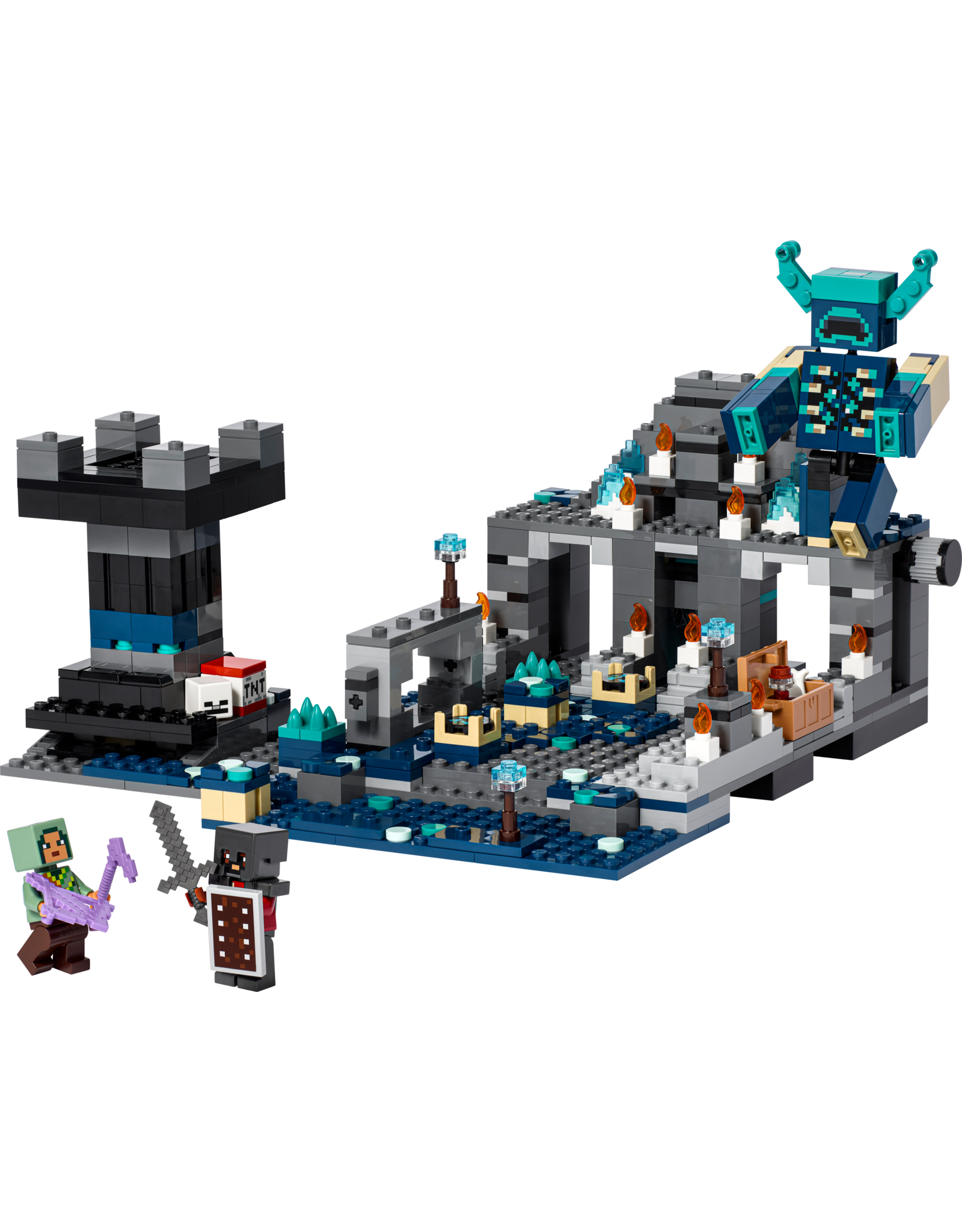 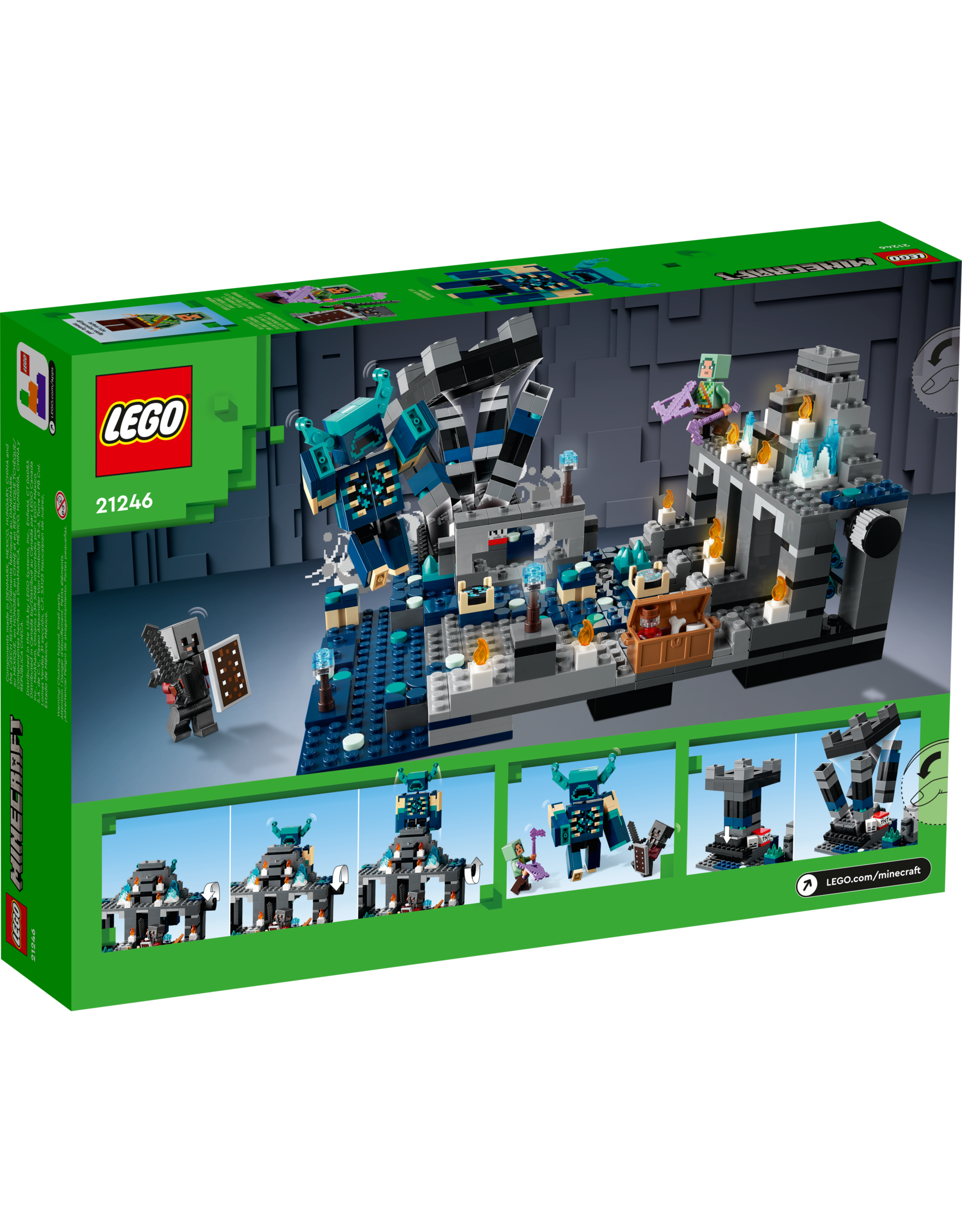 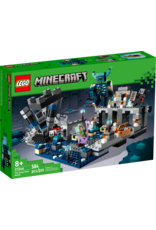 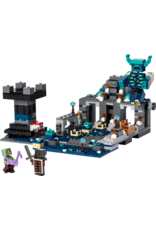 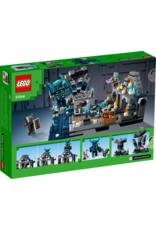 Join the Arbalest knight and Netherite knight in the Deep Dark biome to explore an ancient city overgrown by sculk. Use your enchanted hoe to harvest the sculk. But watch out for the powerful warden who rises out of the deepslate stone! Explode the tower to repel the attack and find a treasure chest of goodies among the ruins. Can you get the sculk, the chest and yourselves back to safety?

LEGO® Minecraft® The Deep Dark Battle (21246) takes players aged 8 and up on an adventure filled with all the game’s classic elements: exploration, excavation and explosions. Minecraft missions in the Deep Dark biome Kids take Minecraft heroes the Arbalest knight and the Netherite knight on an action-packed adventure through one of the game’s most challenging locations. Equipped with armor and weapons, they explore an ancient city and mine precious resources. Activated by turning a knob, a brick-built warden rises from beneath the deepslate stone to stop them. As battle ensues, players flick a switch to trigger a big explosion. Among the ruins is a chest containing precious items: a bone, a healing potion and 2 snowballs. For added digital fun, the LEGO Builder app features intuitive zoom and rotate tools that let kids visualize their model as they build.