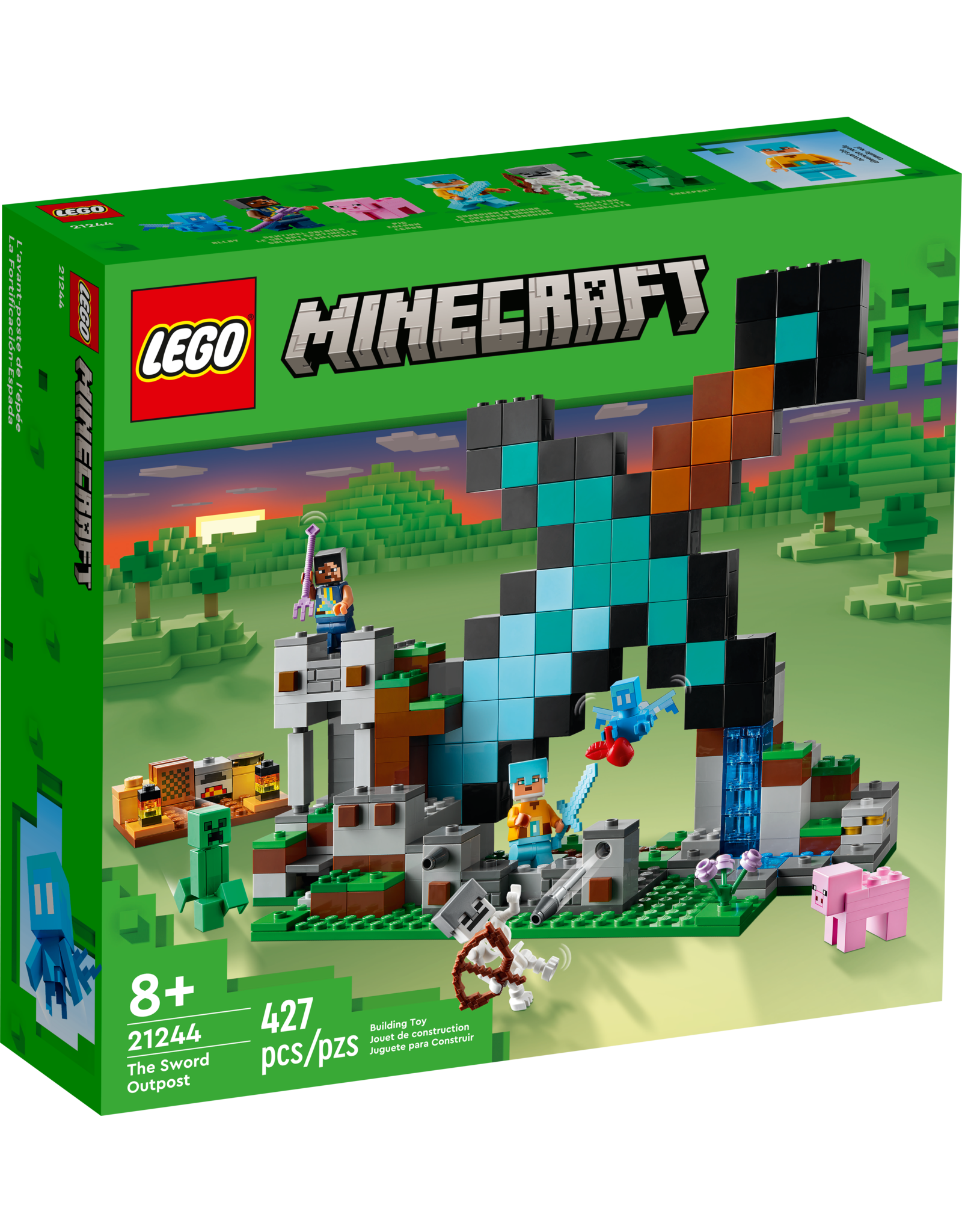 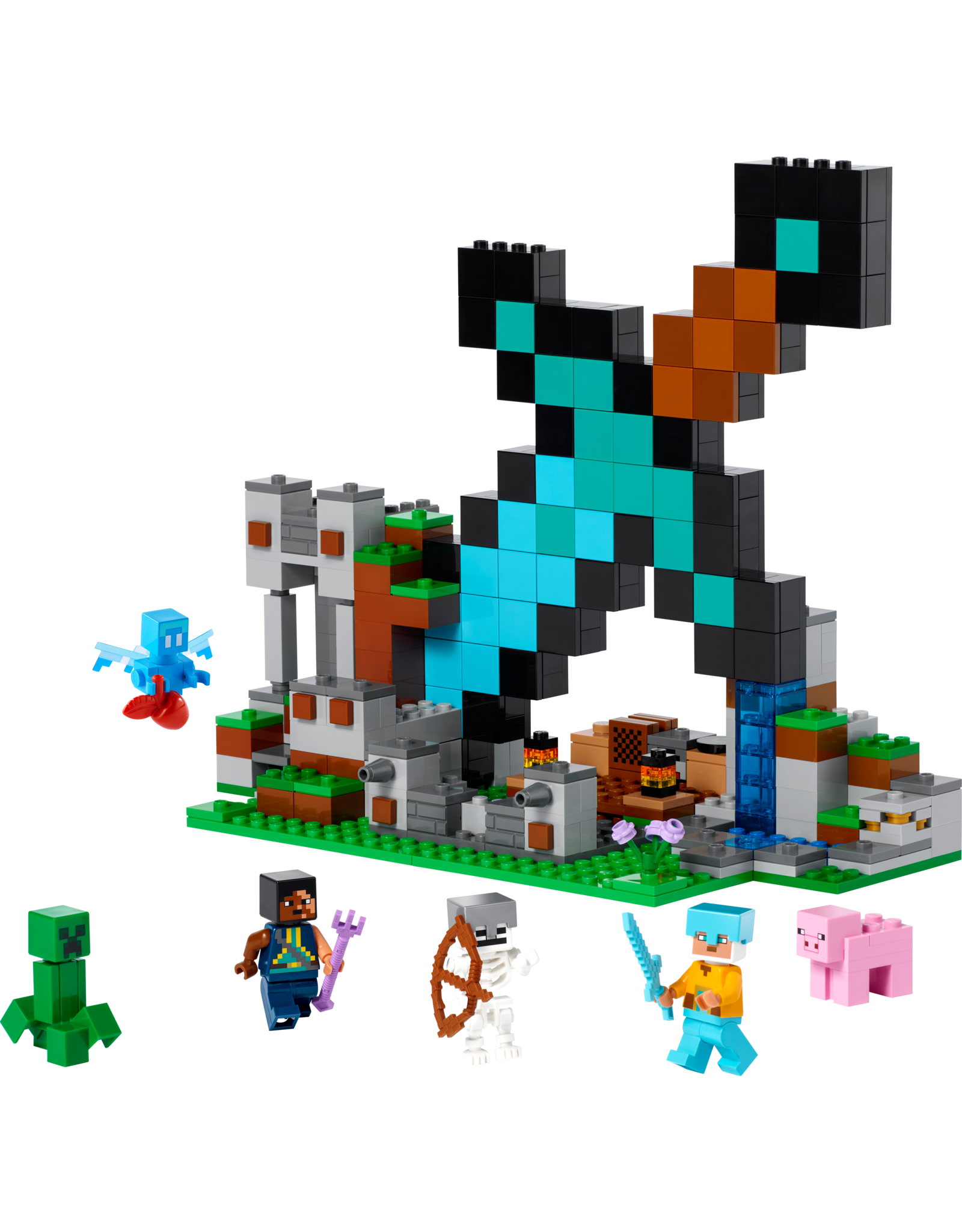 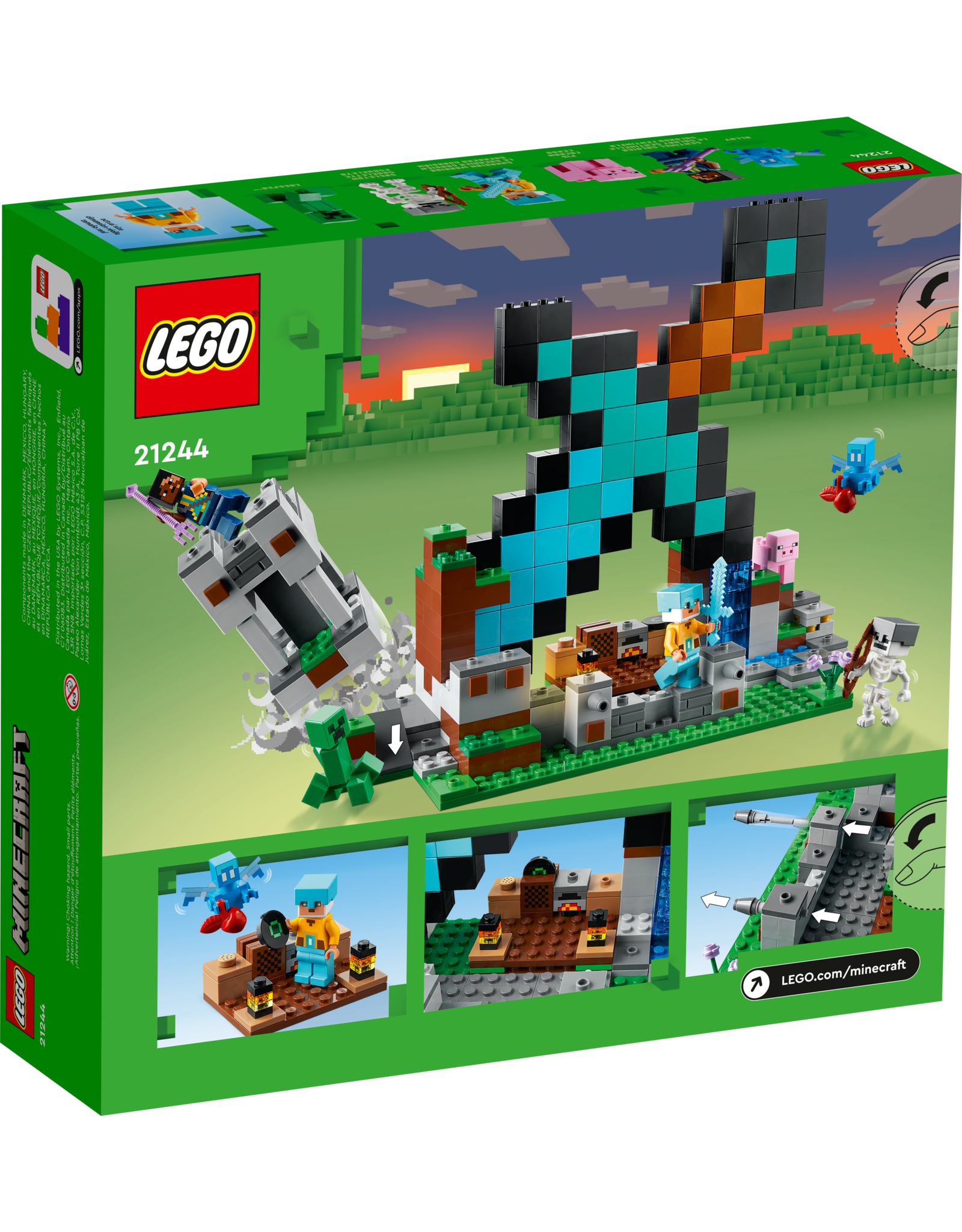 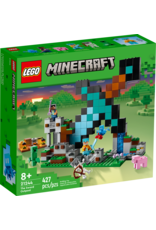 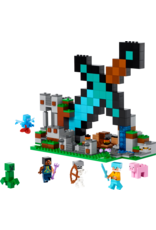 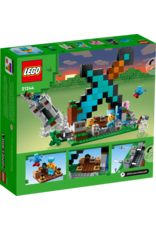 Build a supercool base shaped like a giant diamond sword. Inside you can chill out and play a record on the jukebox. Post a Sentinel Soldier and Guardian Warrior outside to defend against any Creeper™ and skeleton attacks. When a Creeper explosion brings the guard tower crashing down, it’s time to fire the 2 shooters at the front of the base. Take care not to hit the friendly pig and allay!

Give a Minecraft® player aged 8 and up an iconic diamond sword – on a giant scale! LEGO® Minecraft The Sword Outpost (21244) uses the precious weapon as the design for a supercool base where kids can build a chill-out zone and take part in explosive battles. Play and display model of a diamond sword Kids build a giant diamond sword base into the side of a mountain and defend it against attacks by hostile mobs. The base includes a table, cookie and a jukebox on which they can ‘play’ a record.Outside, Sentinel Soldier and Guardian Warrior figures stand guard. Further firepower is provided by 2 shooters located at the front of the base. Hostile mobs include a Creeper™ and a skeleton. Friendly mobs include a pig and an allay, which features foil wings. A lever at the bottom of the tower triggers an explosion that collapses part of the structure. For added digital fun, the LEGO Builder app features intuitive zoom and rotate tools that let kids visualize their model as they build.