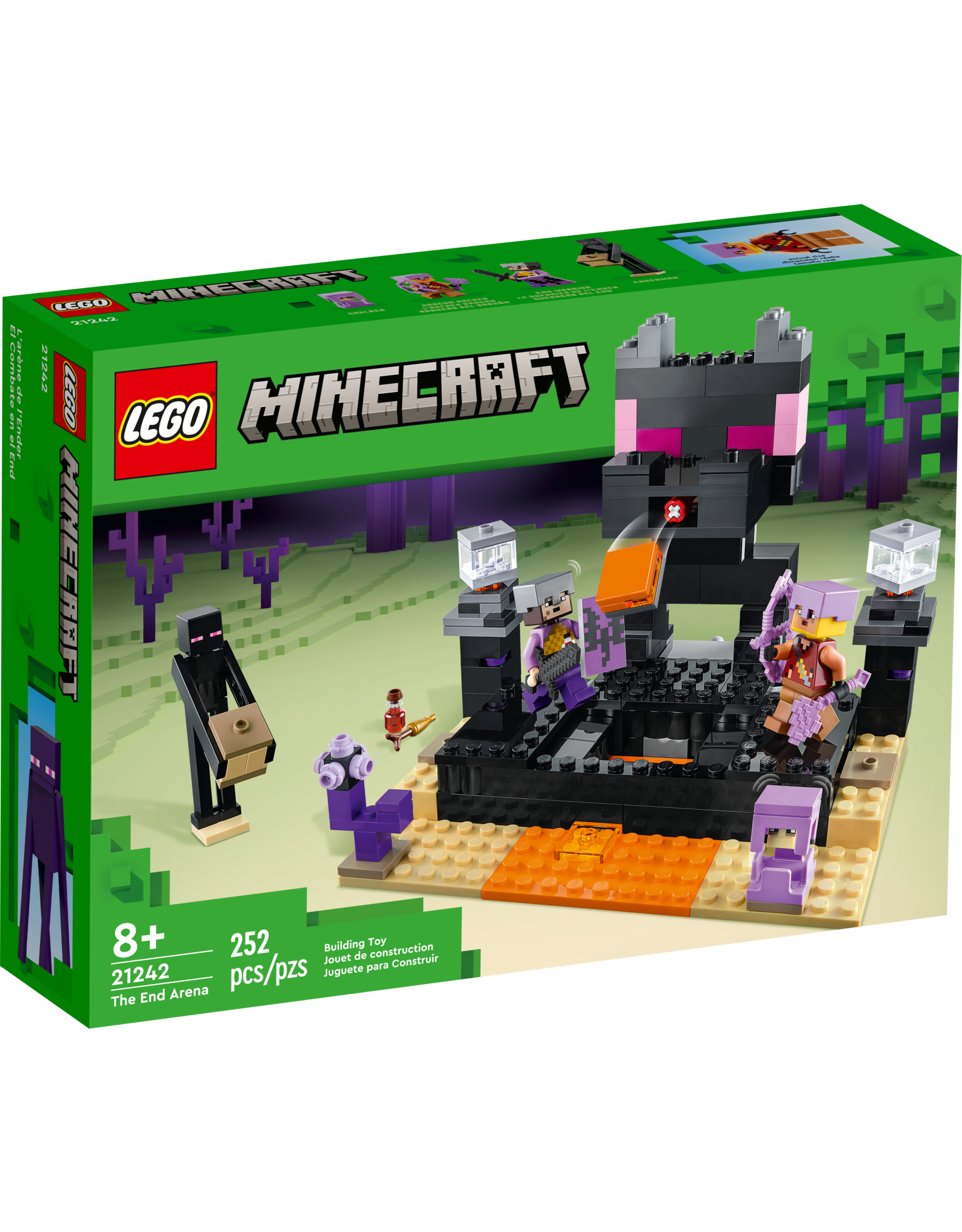 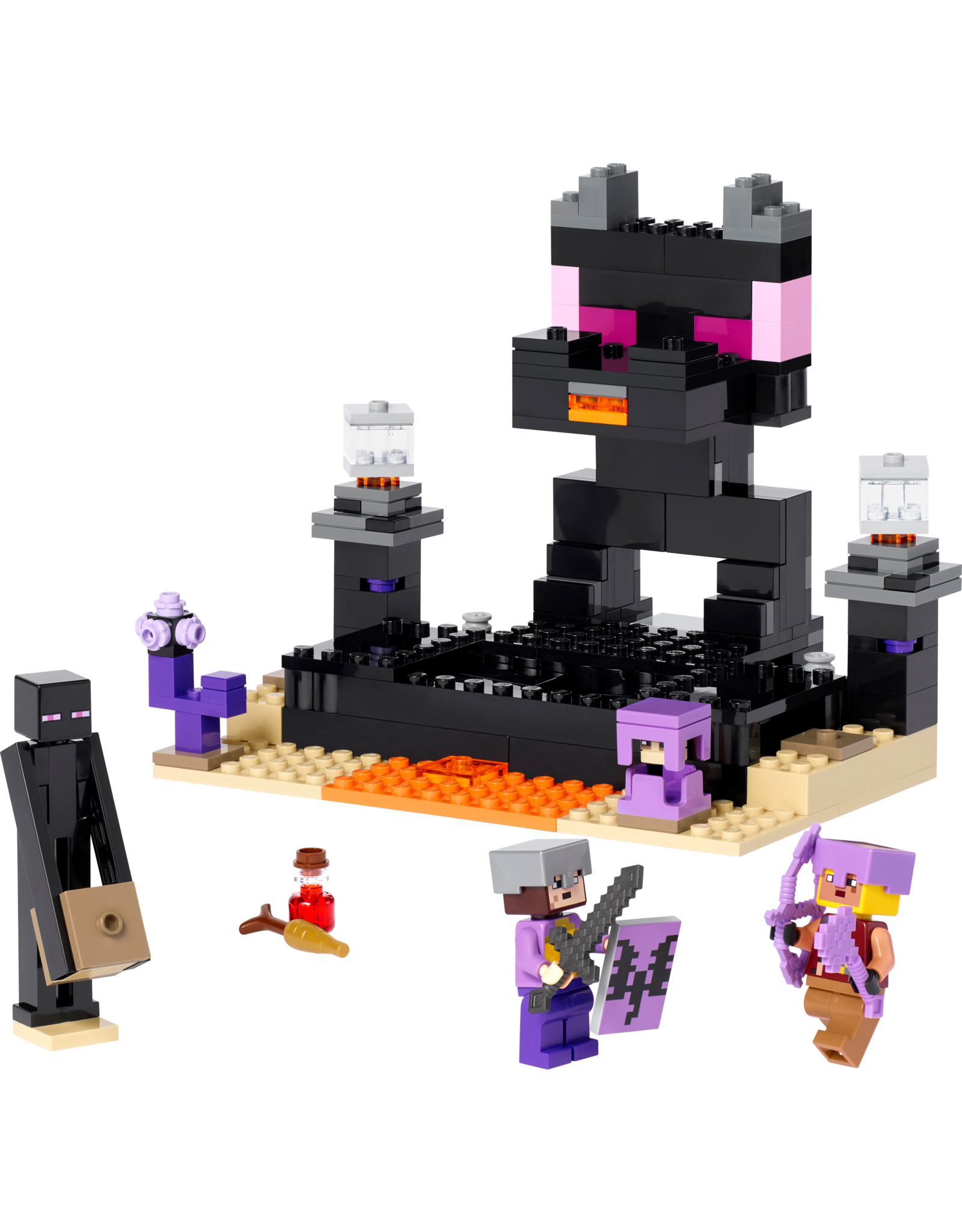 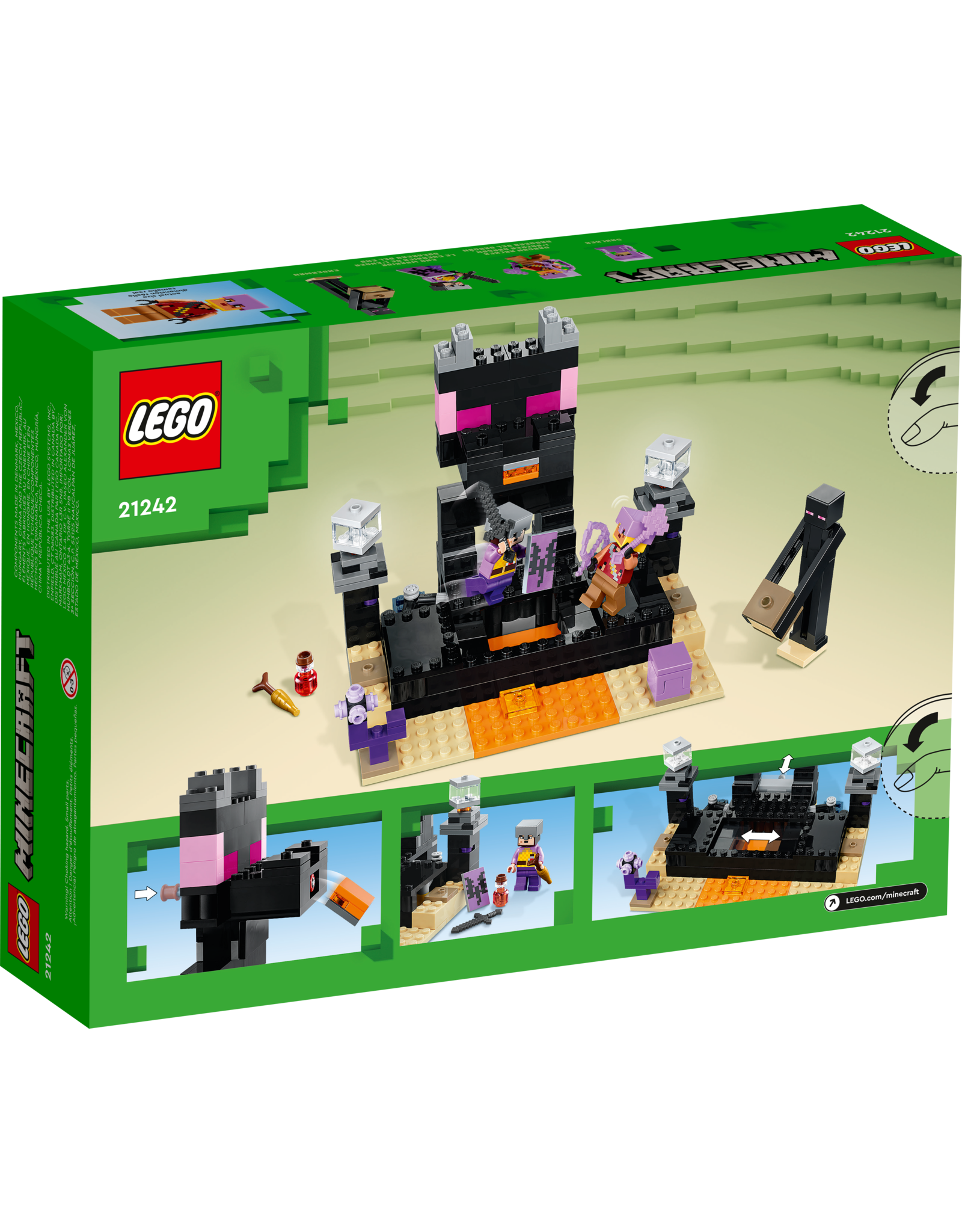 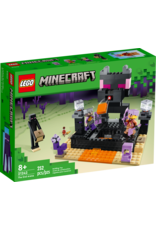 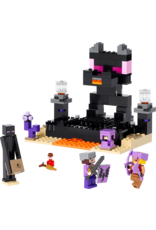 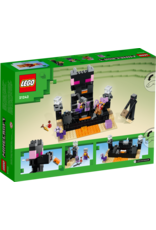 When an End warrior takes on a dragon archer in the End Arena, they must watch out for more than each other’s weapons. The Ender Dragon sculpture that towers above them launches lava blocks from its mouth, while the movable floor could slide apart at any moment, causing one of them to fall into a pool of lava! Do you have the Minecraft® skills to survive a battle in the End Arena?

Minecraft® battles don’t come more epic than when they take place in LEGO® Minecraft The End Arena (21242). Players aged 8 and up will need all their Minecraft skills to survive the action in this fun, hands-on set. Player-vs-player battle adventures Minecraft players bring an End warrior and a dragon archer together for battle in the legendary End Arena. The combatants are equipped with armor and weapons, but there are other hazards to overcome if they wish to survive. A push of a launchersends lava blocks shooting from the mouth of the Ender Dragon statue that towers over the arena, and a movable floor slides apart to reveal a pool of lava beneath the competitors’ feet. Additional play possibilities are inspired by 2 popular Minecraft mobs – an enderman and a shulker – and familiar accessories from the game, including a golden carrot and a potion. For added digital fun, the LEGO Builder app features intuitive zoom and rotate tools that let kids visualize their model as they build.