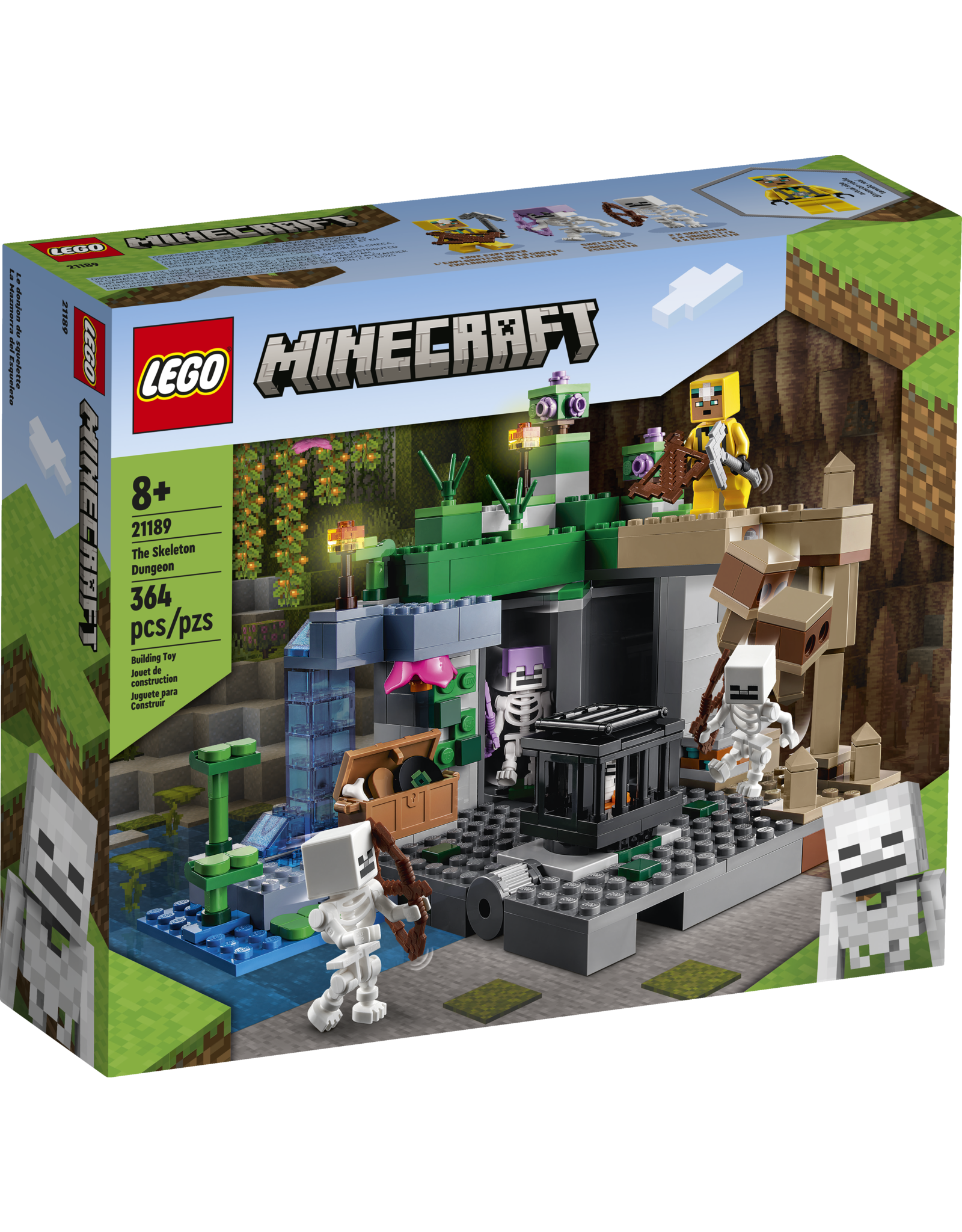 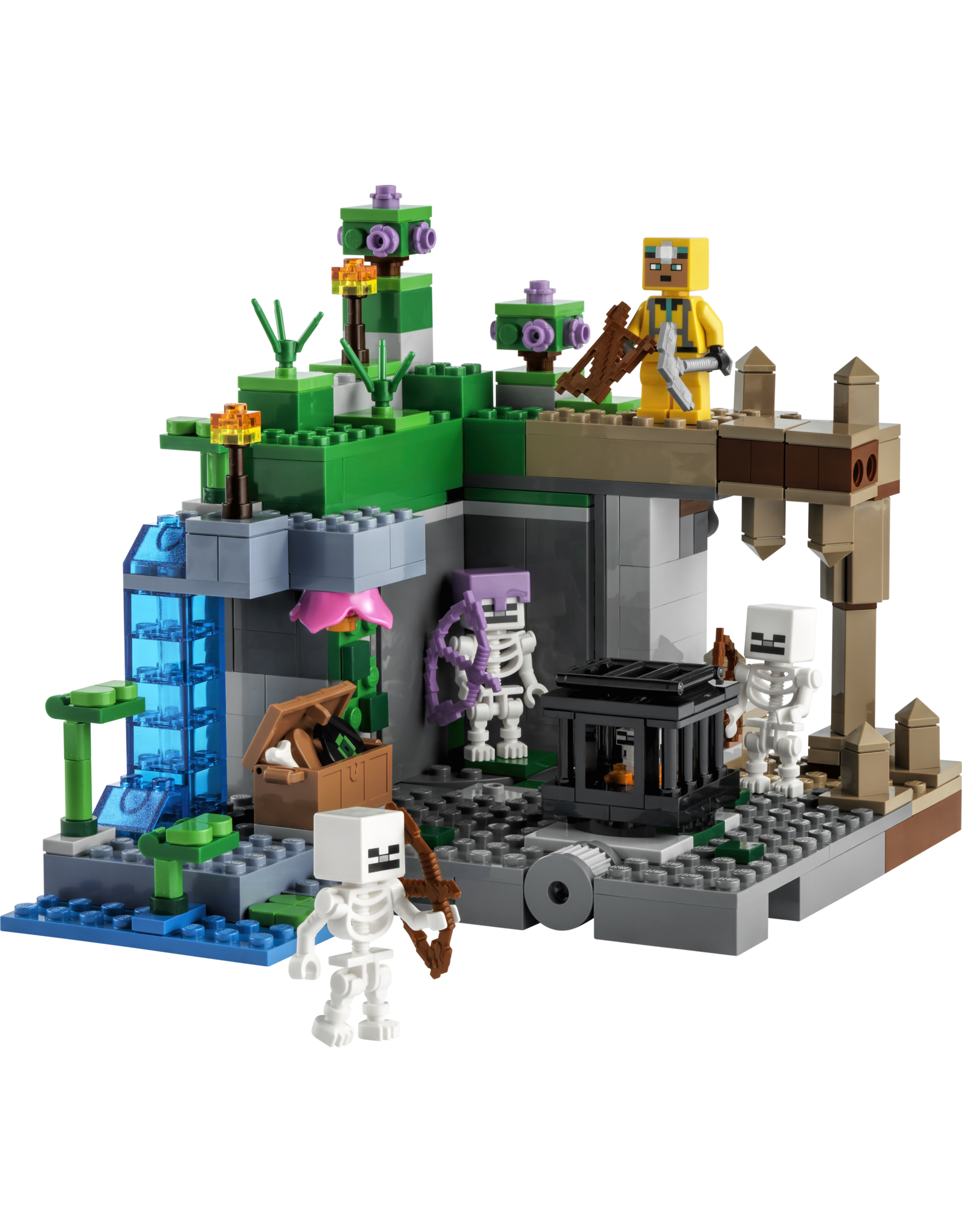 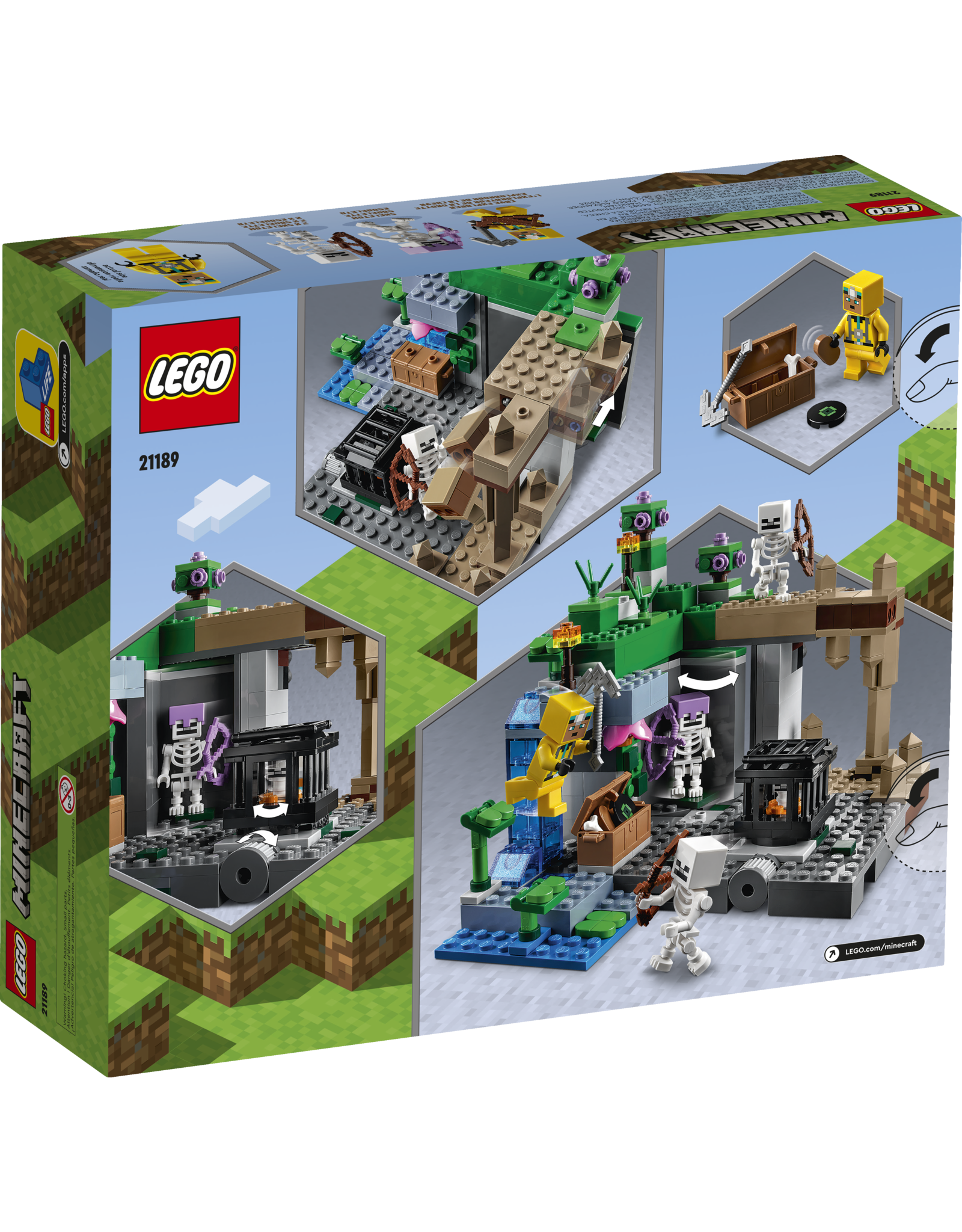 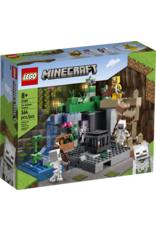 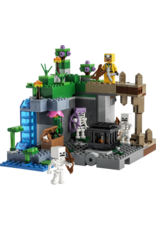 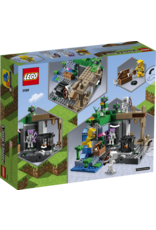 LEGO® Minecraft® The Skeleton Dungeon (21189) is an action-packed toy for Minecraft players aged 8 and up. Classic Minecraft adventures with LEGO creativity This versatile playset pits a cave explorer against hostile skeletons in a multi-biome environment comprising a dripstone cave with stalagmites and stalactites; a lush cave with bushes, vines, water, clay and torches; and the skeletons’ dungeon, which includes a spinning skeleton spawner. Hands-on action includes pushing a stalagmite to make rocks crash down onto the hostile mobs and rotating a wall to reveal a third skeleton. Weapons include a crossbow and pickaxe, and there’s also a chest containing a music record, bread and a bone. There’s everything a Minecraft player needs to enjoy endless creative adventures!