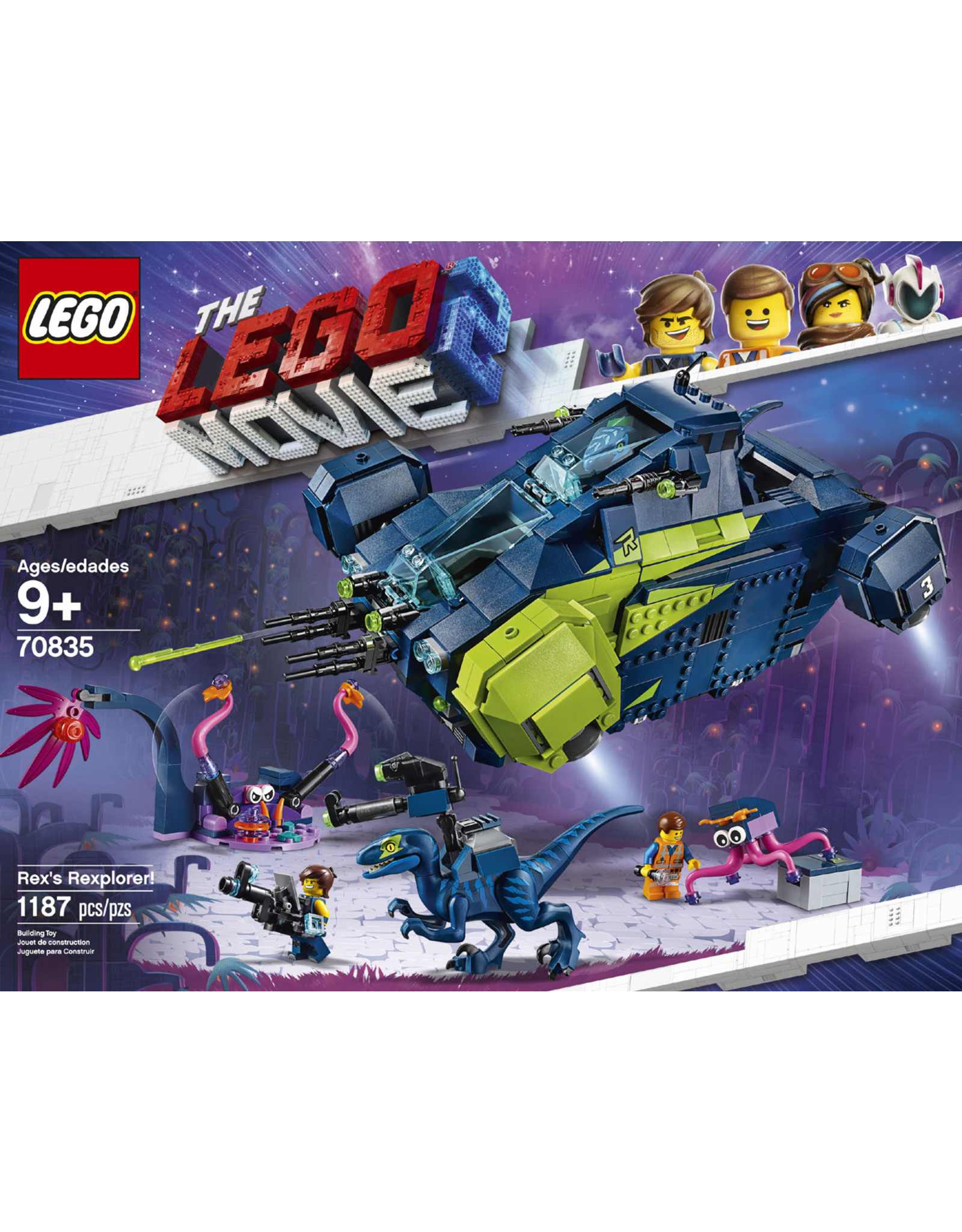 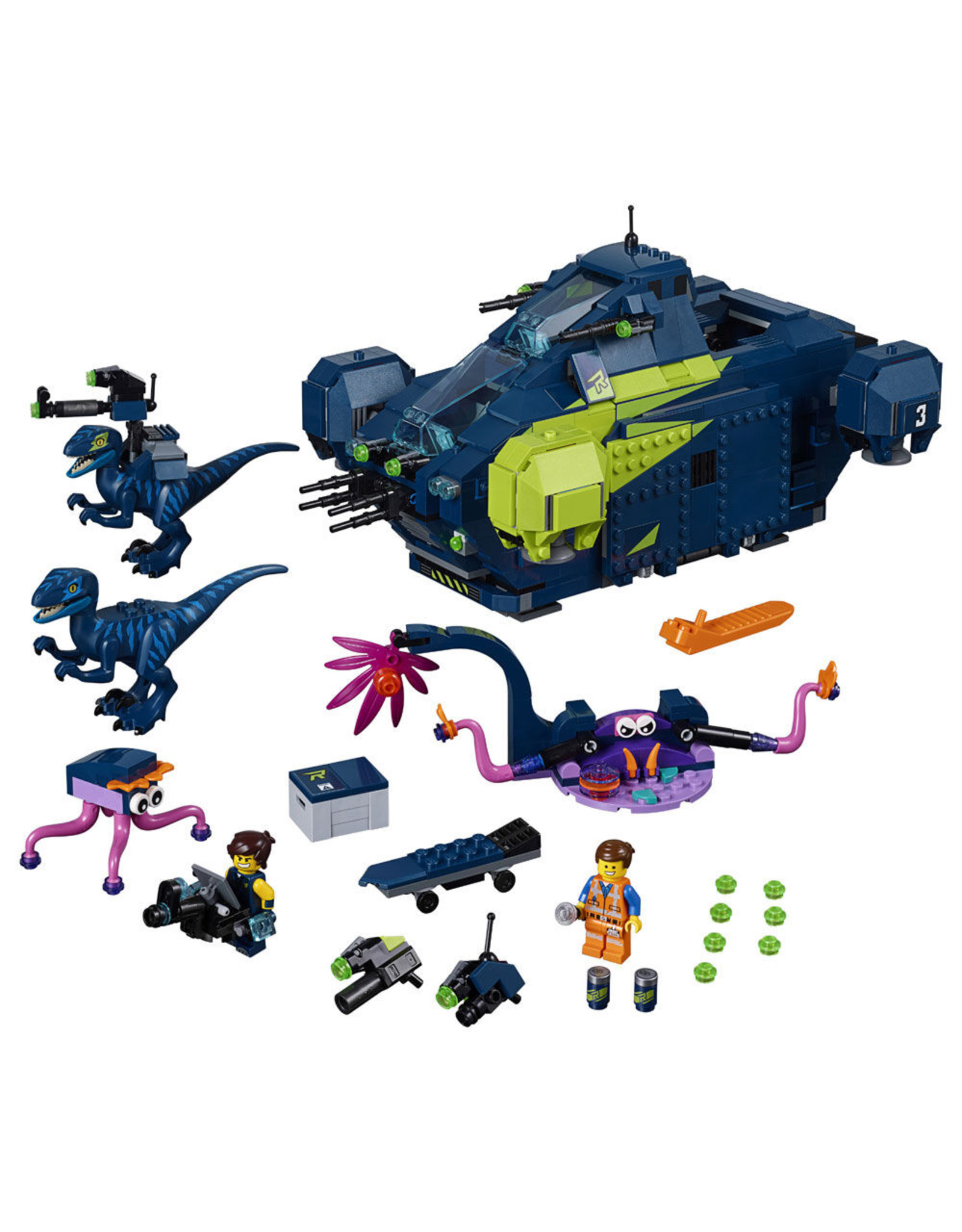 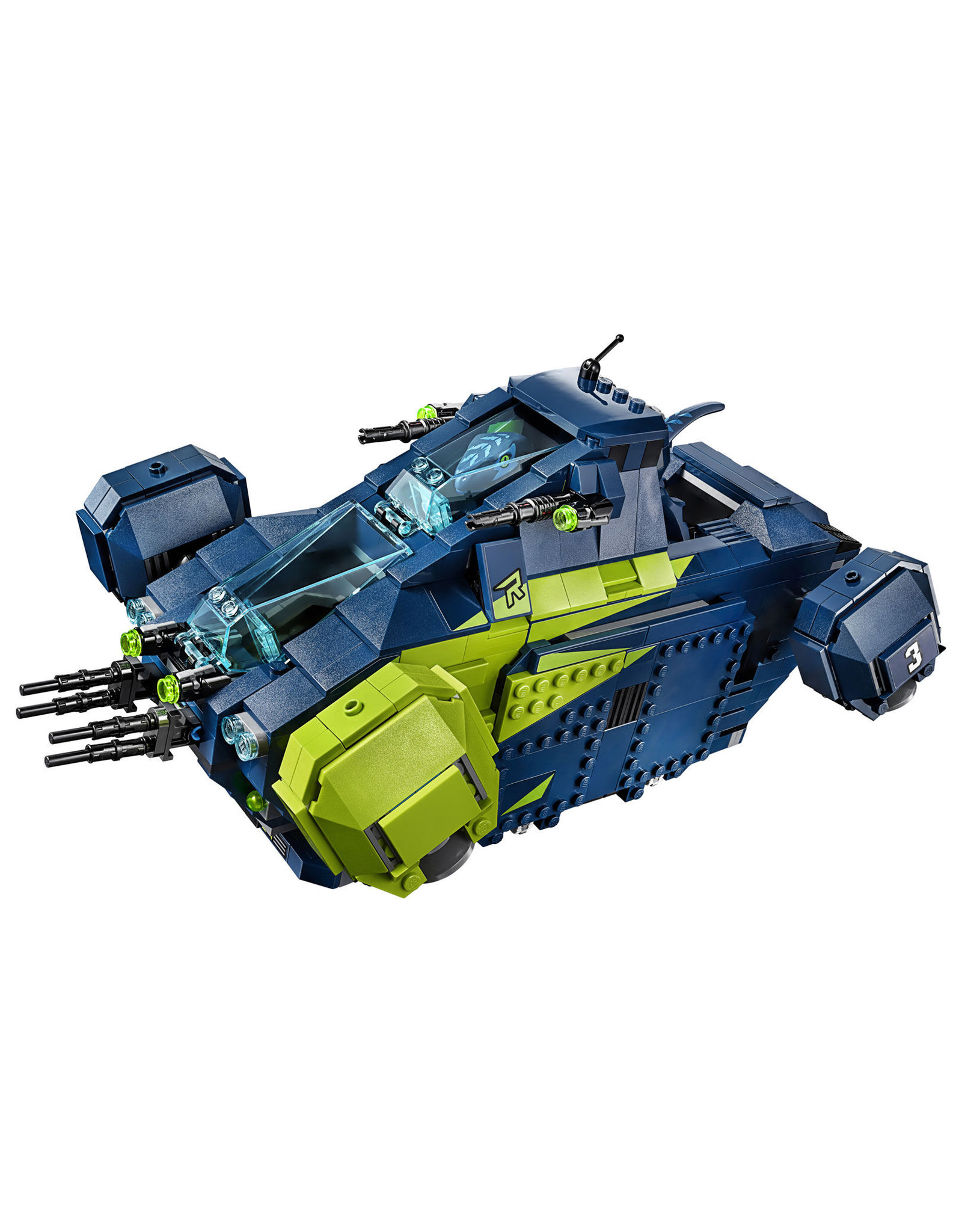 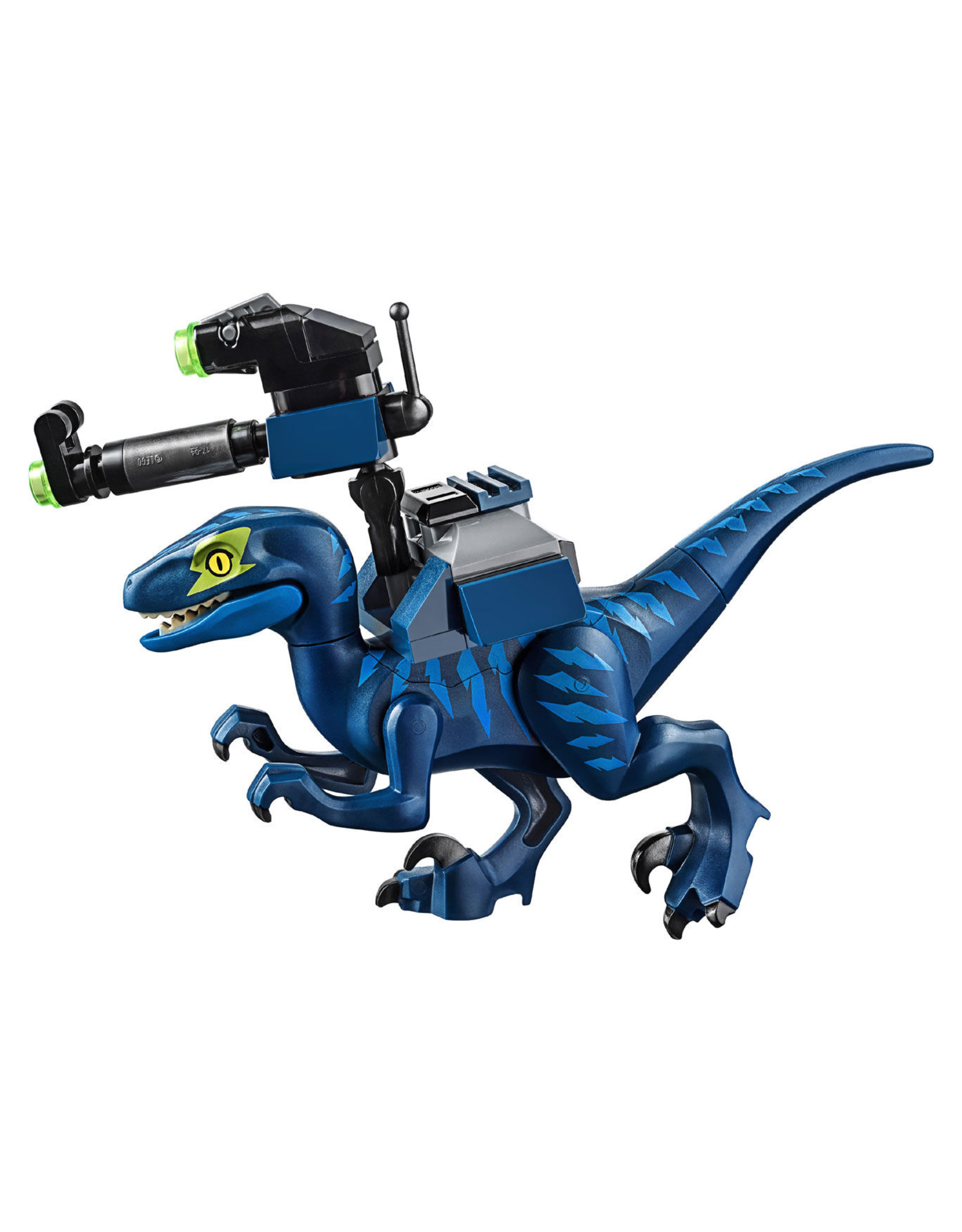 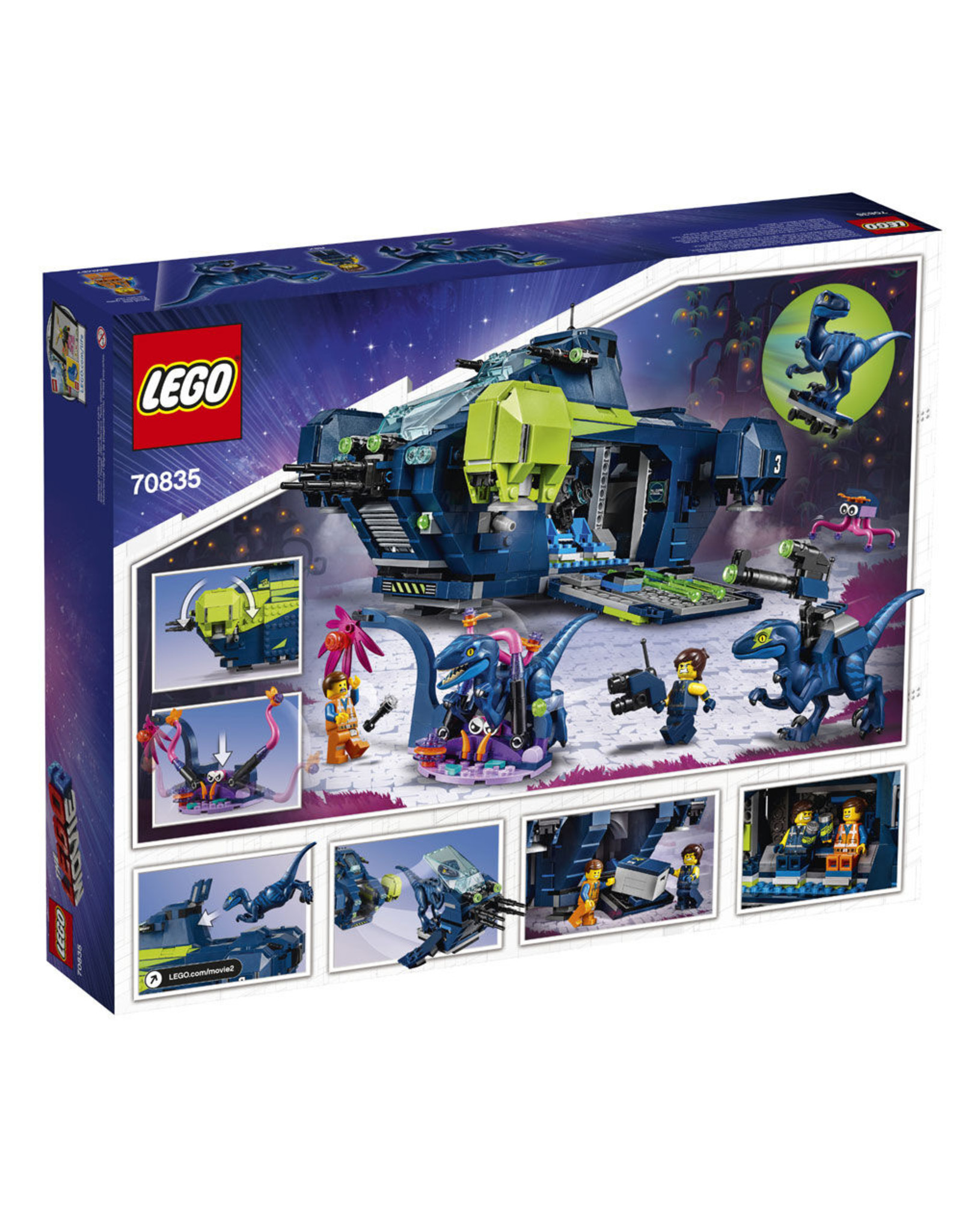 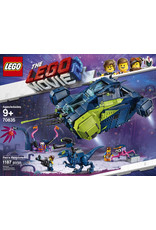 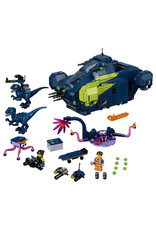 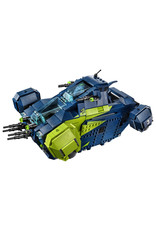 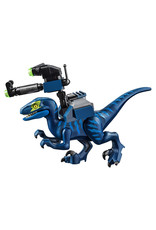 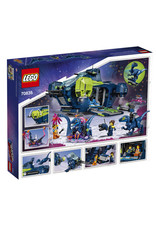 Team up with Rex, Emmet and the raptors against the Plantimals with THE LEGO MOVIE 2 70835 Rex's Rexplorer space toy set! The Rexplorer features 2 opening cockpits, spring-loaded and stud shooters, rotating engines, an opening rear compartment for interior play, and a removable speeder This popular and fun spaceship toy also includes 2 minifigures, 2 THE LEGO MOVIE 2 raptor figures with a brick-built mountable stud shooter and raptor skateboard, plus 2 brick-built Plantimals (including one with a trap function)