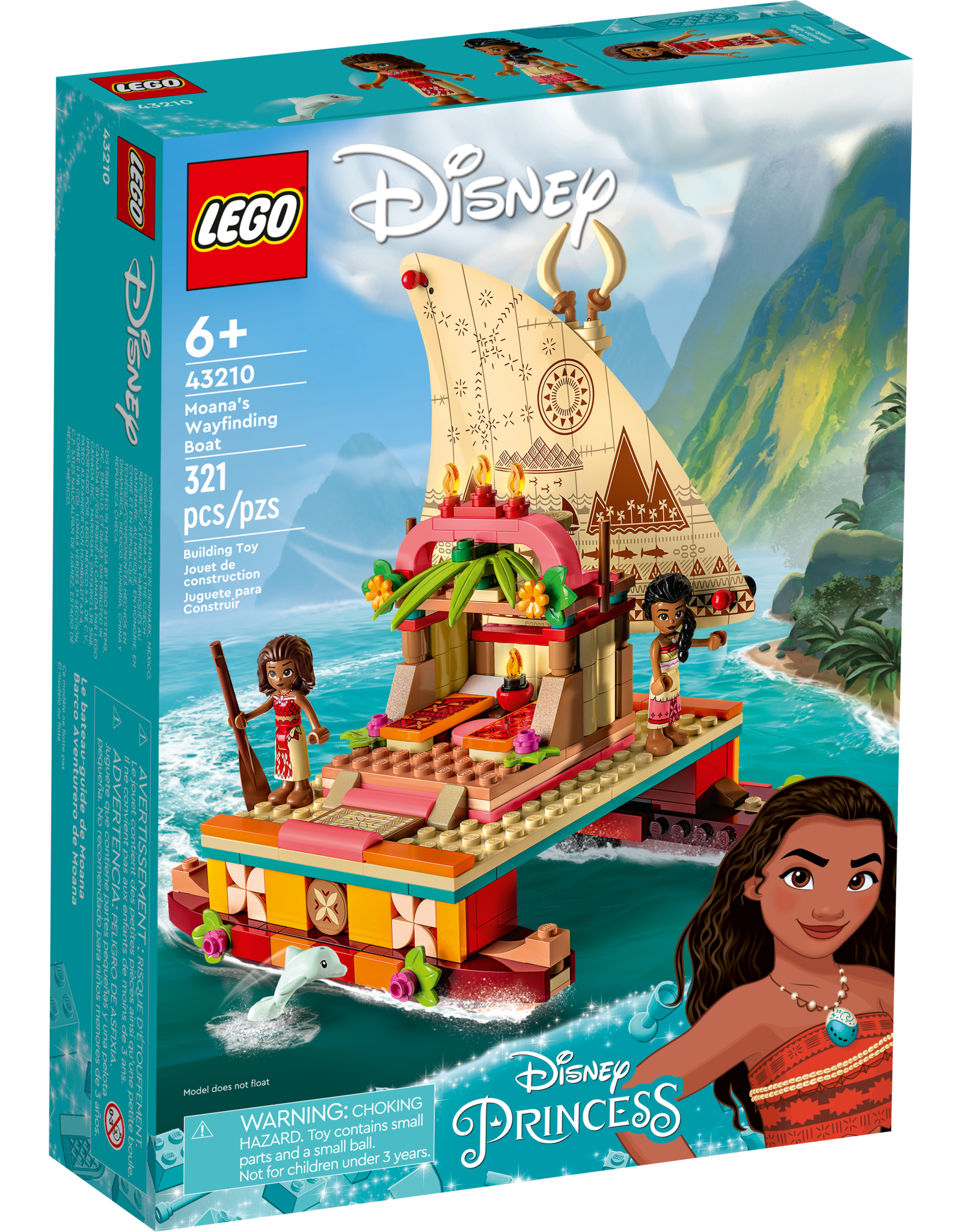 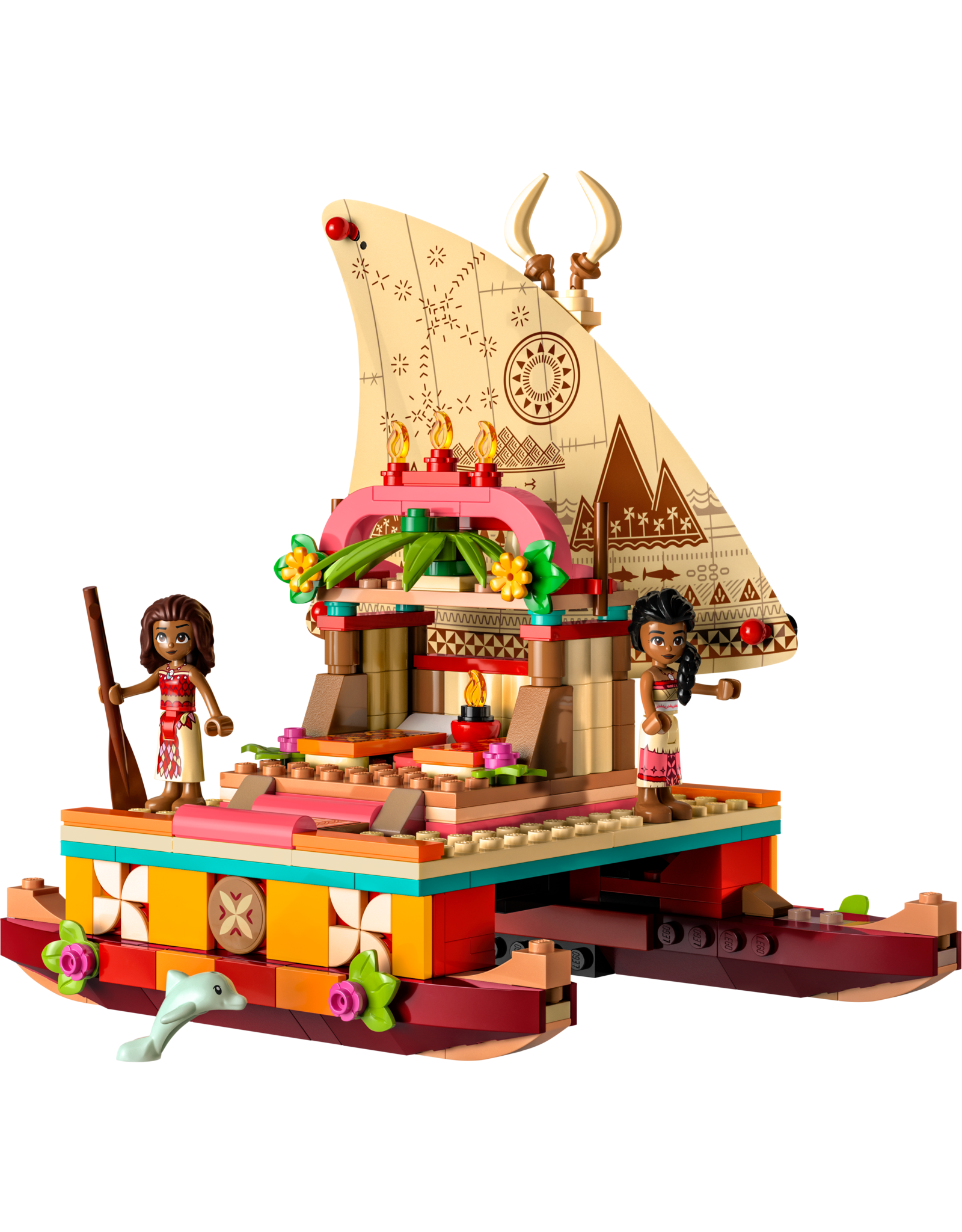 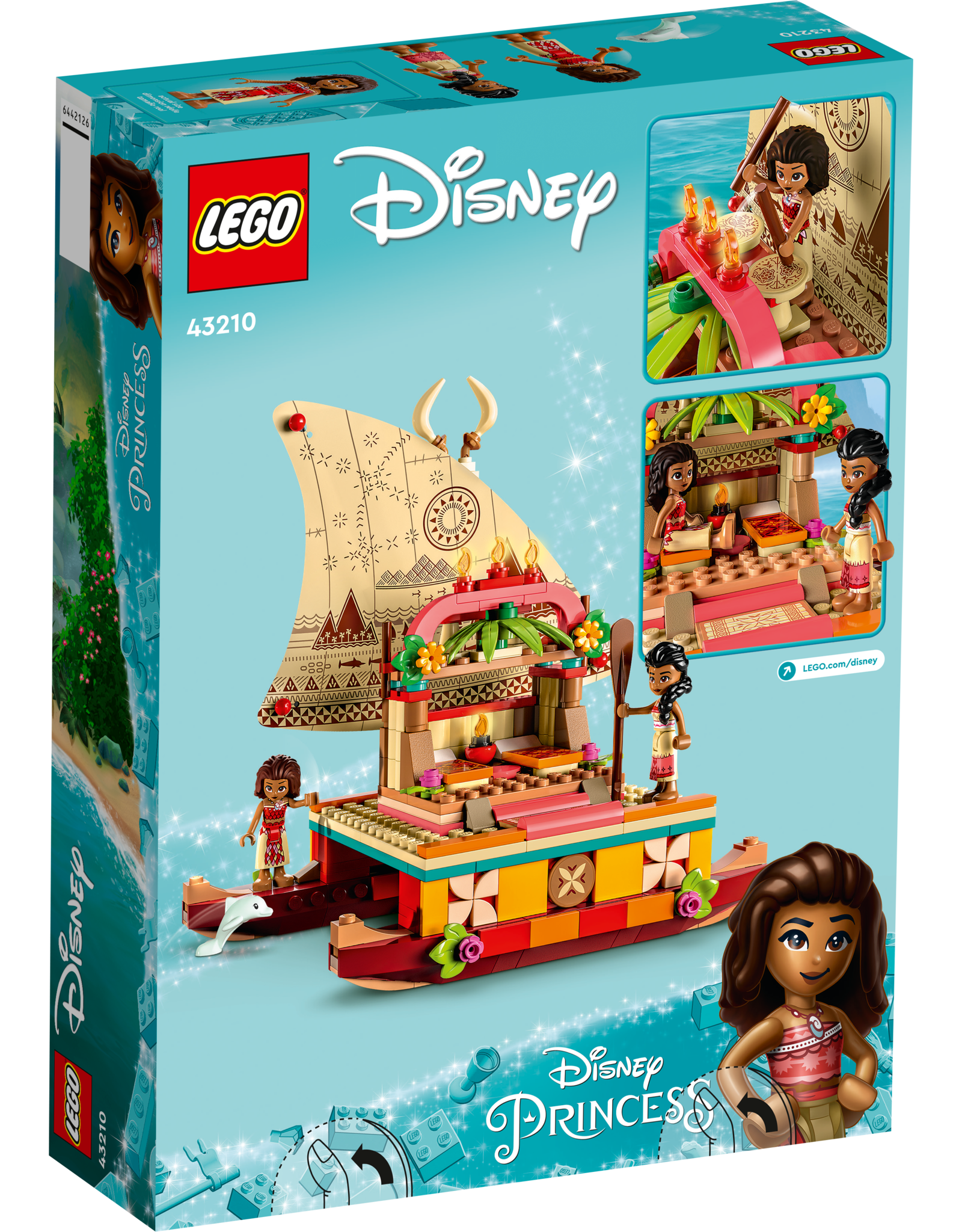 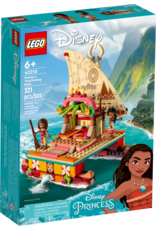 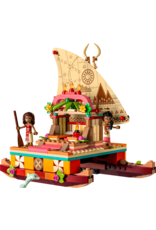 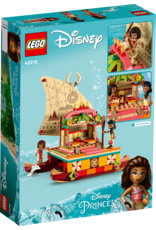 Set sail for adventure! Join Moana and her mother, Sina, in this fun LEGO® ǀ Disney set. Build the boat that Moana found in the cave, raise the decorated sail that shows stories of the Motunui people and set off to see what’s out there. Learn to use an oar with Sina while Moana plays the drums for inspiration. Eat a piece of coconut before resting in the shelter. Oh look, a dolphin! Let’s play!

Adventure awaits any child aged 6+ or fan of Disney’s Moana with this imaginative LEGO® ǀ Disney Moana’s Wayfinding Boat (43210) set. The kit features a double-hulled boat with a removable shelter and printed sail, storage space, 2 LEGO mini-doll figures, a LEGO dolphin figure and decorative elements. Let the LEGO Builder app guide kids on an intuitive building adventure, allowing them to zoom in and rotate models in 3D, save sets and track their progress. Hands-on play This detailed set ispacked with features and accessories to boost the fun as kids role-play and relive movie scenes or create their own. The boat incorporates action and house play, while helping to inspire children’s creativity skills. It can be played with independently or added to other LEGO ǀ Disney sets (sold separately). Fun characters This set gets kids playing fast with Moana and Sina LEGO mini-doll figures, plus a LEGO dolphin figure, and makes a fun and inspiring gift for any Disney fan.