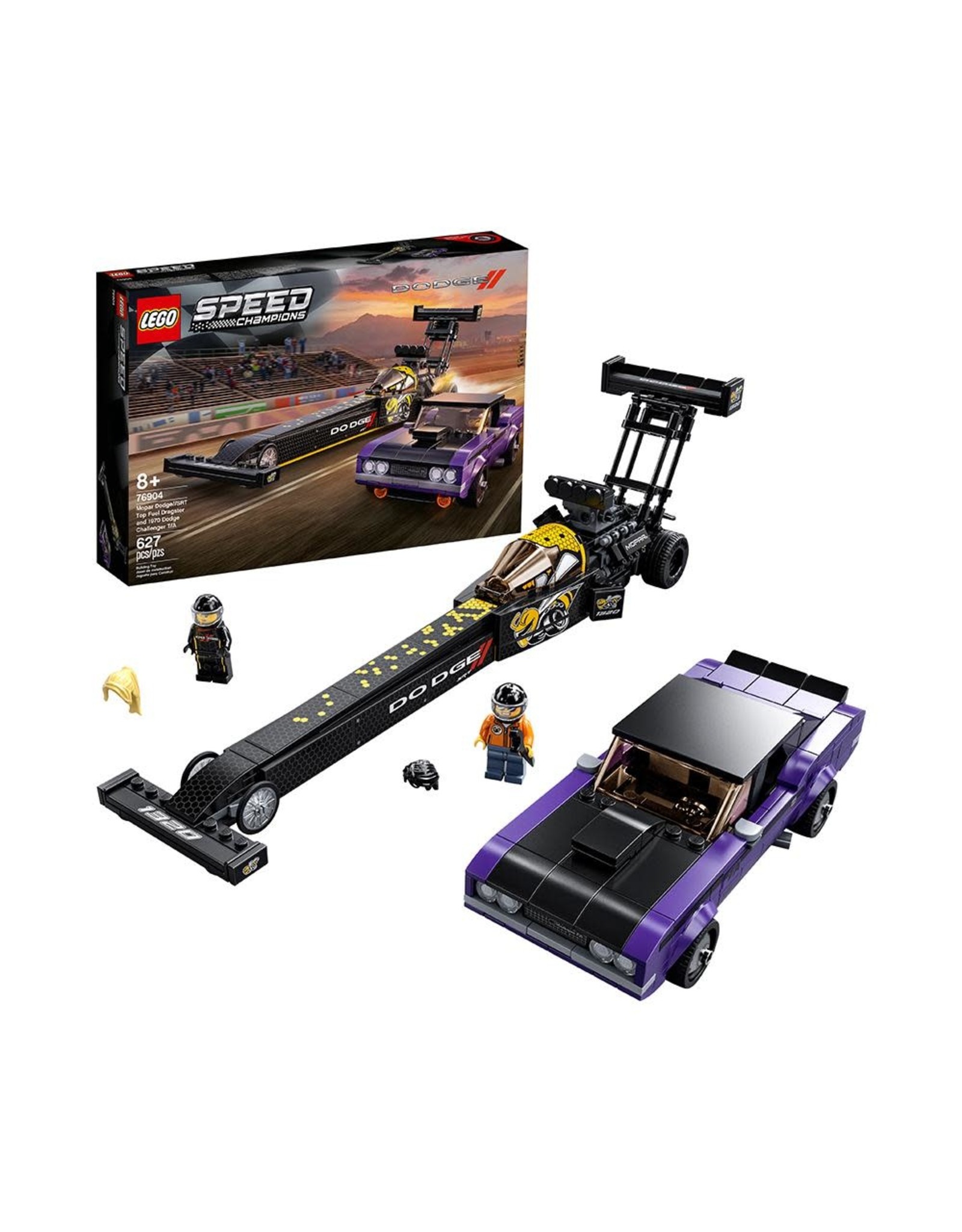 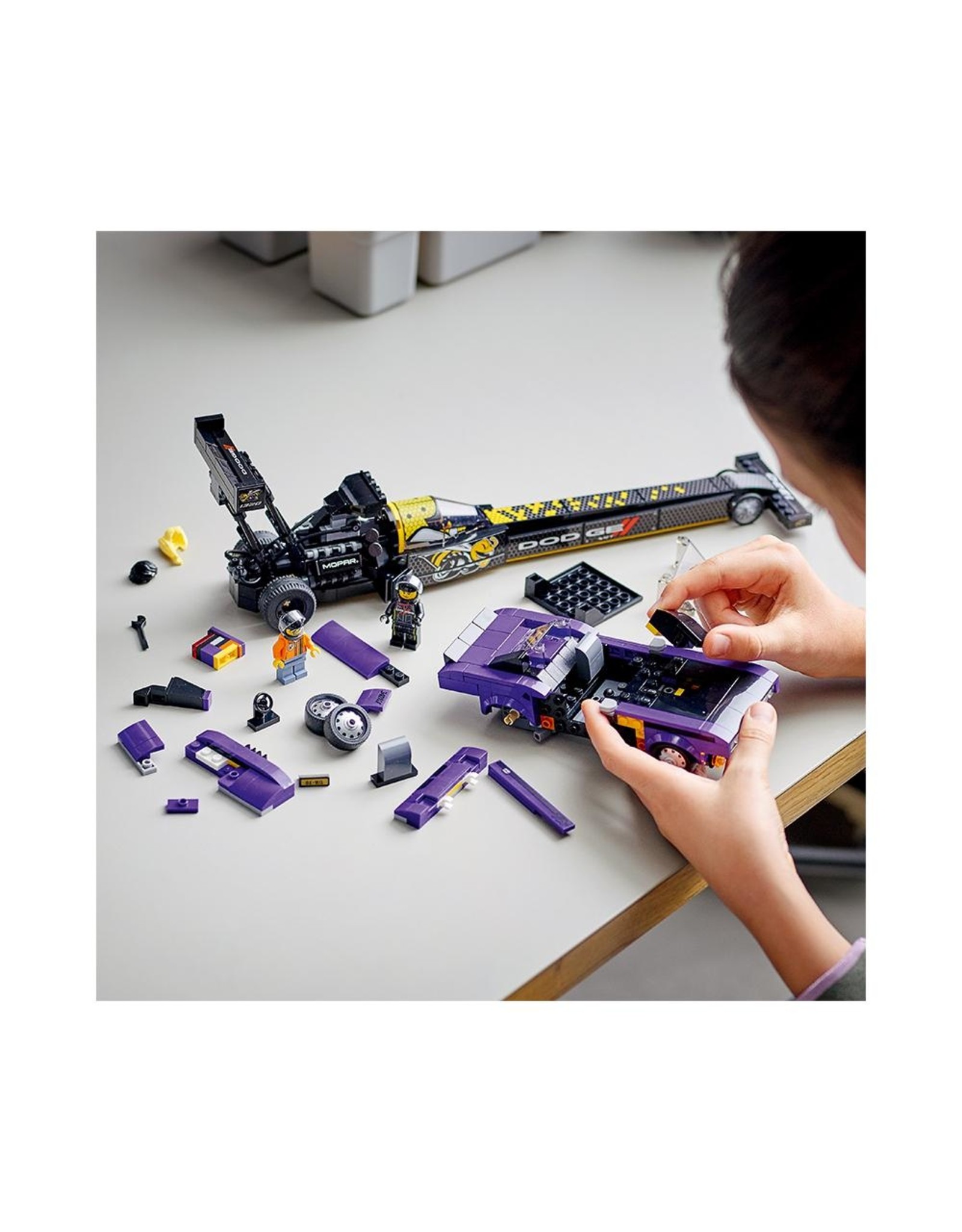 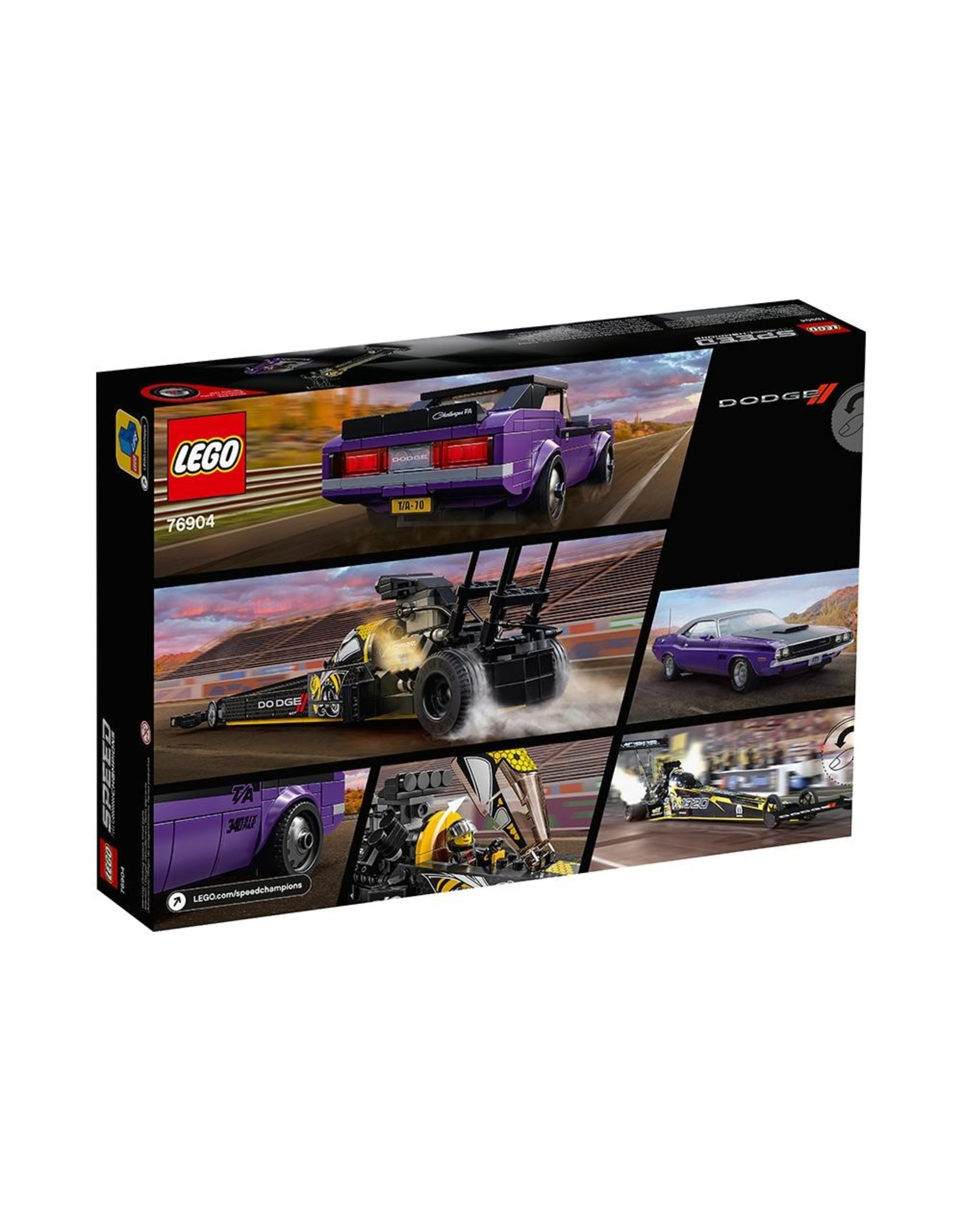 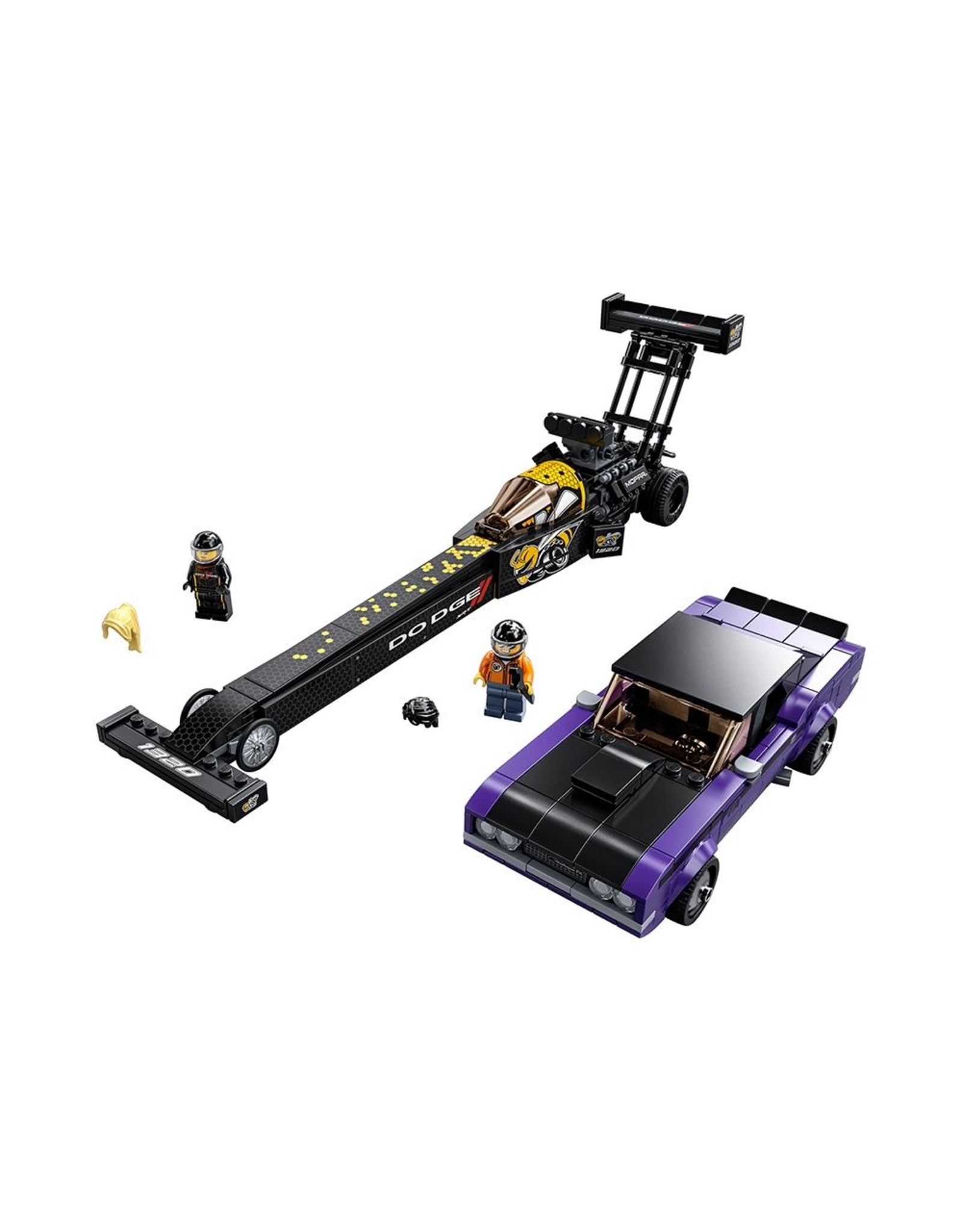 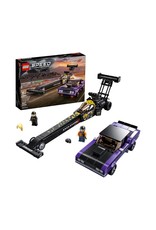 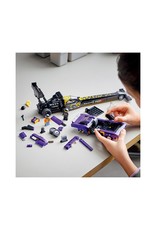 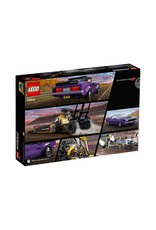 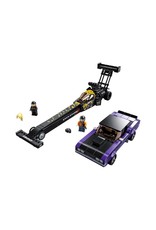 The fun is in the detail!

The collectible toy cars in this playset come with a wide chassis, which allows for lots of cool detailing. And, with 2 driver minifigures donning Dodge outfits and race helmets, epic racing drama is on the horizon!

• This spectacular LEGO® Speed Champions Mopar Dodge//SRT Top Fuel Dragster and 1970 Dodge Challenger T/A (76904) building kit is perfect for those who love extraordinary cars and thrilling race action.
• What's in the box? Everything you need to build your own Mopar Dodge//SRT Top Fuel Dragster and 1970 Dodge Challenger T/A replicas, plus 2 driver minifigures with Dodge outfits and racing helmets.
• Kids and car enthusiasts can explore the makeup of 2 real-life Dodge supercars as they build, before showing them off to friends or staging epic Speed Champions races.
• This 627-piece LEGO® Speed Champions playset makes a great birthday or any-other-day gift for car enthusiasts aged 8 and up and for fans of high-performance automobiles and dragsters.
• Mopar Dodge//SRT Top Fuel Dragster is over 4 in. (10cm) high, 13.5 in. (35cm) long and 2.5 in.(7cm) wide; 1970 Dodge Challenger T/A is over 2 in. (5cm) high, 5 in. (16cm) long and 2.5 in. (7cm) wide.
• No batteries are required for this building set. It's powered by kids' imaginations – so the racing action never stops! Thinking of giving this Dodge toy playset to a new LEGO® builder? No worries! It comes with easy-to-follow, step-by-step instructions for both models.
• LEGO® Speed Champions sets give kids and car fans the chance to explore some of the world's most exciting automobiles with authentic replica models that are great for race play and display.
• LEGO® bricks have met the highest industry standards since 1958, ensuring they are always consistent, compatible and pull apart with ease every time.
• These LEGO® Speed Champions building toys are thoroughly tested to ensure every playset meets strict safety standards.