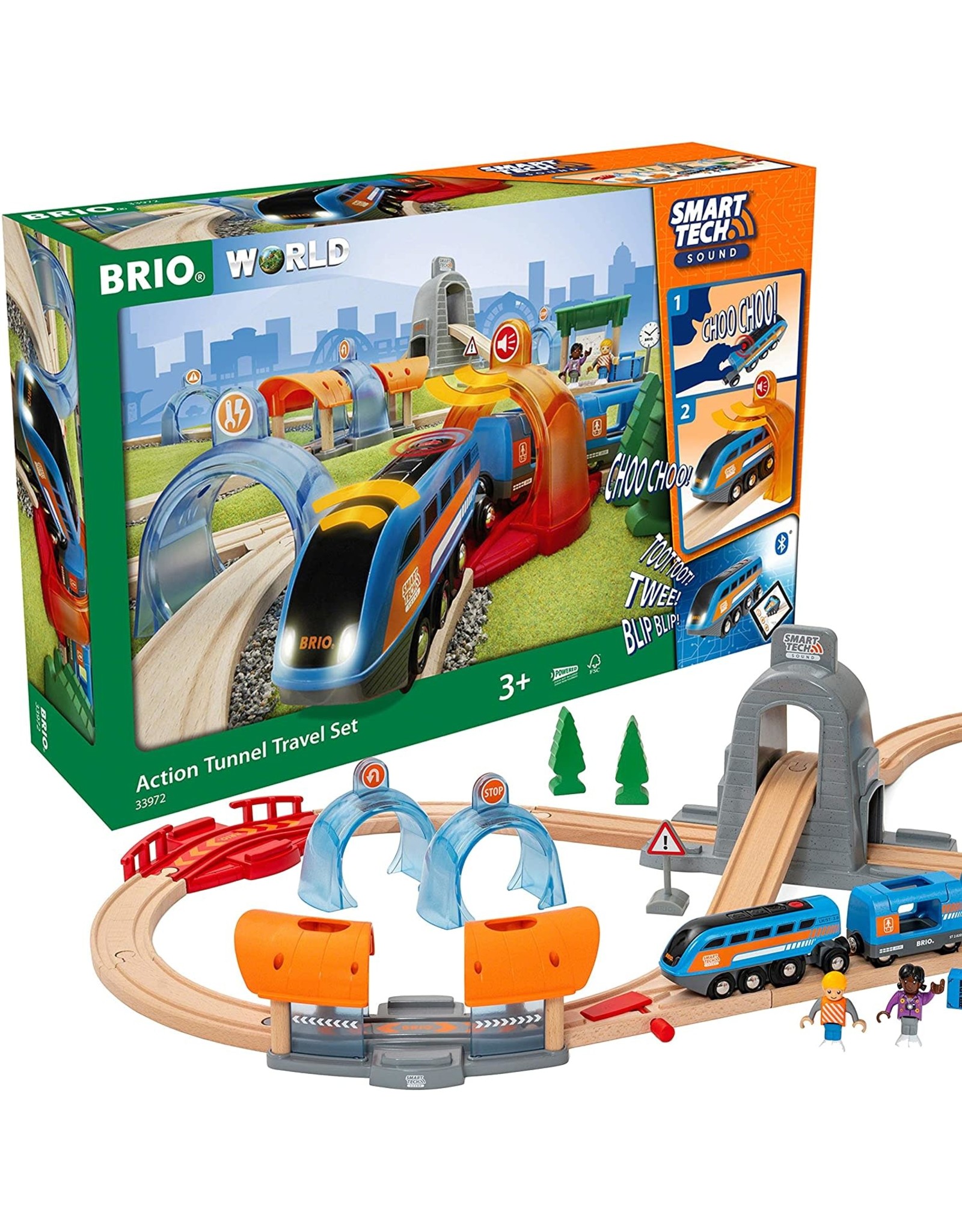 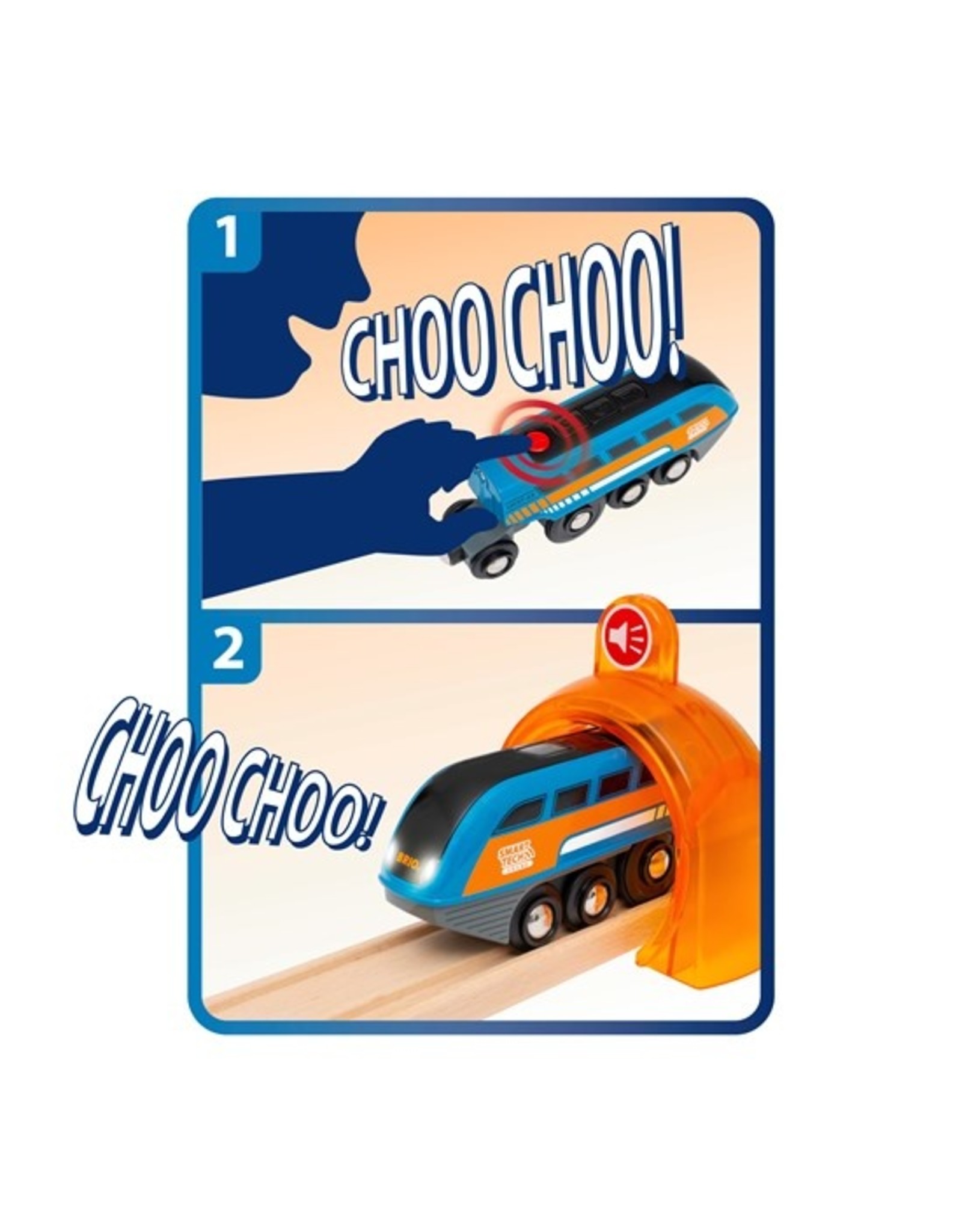 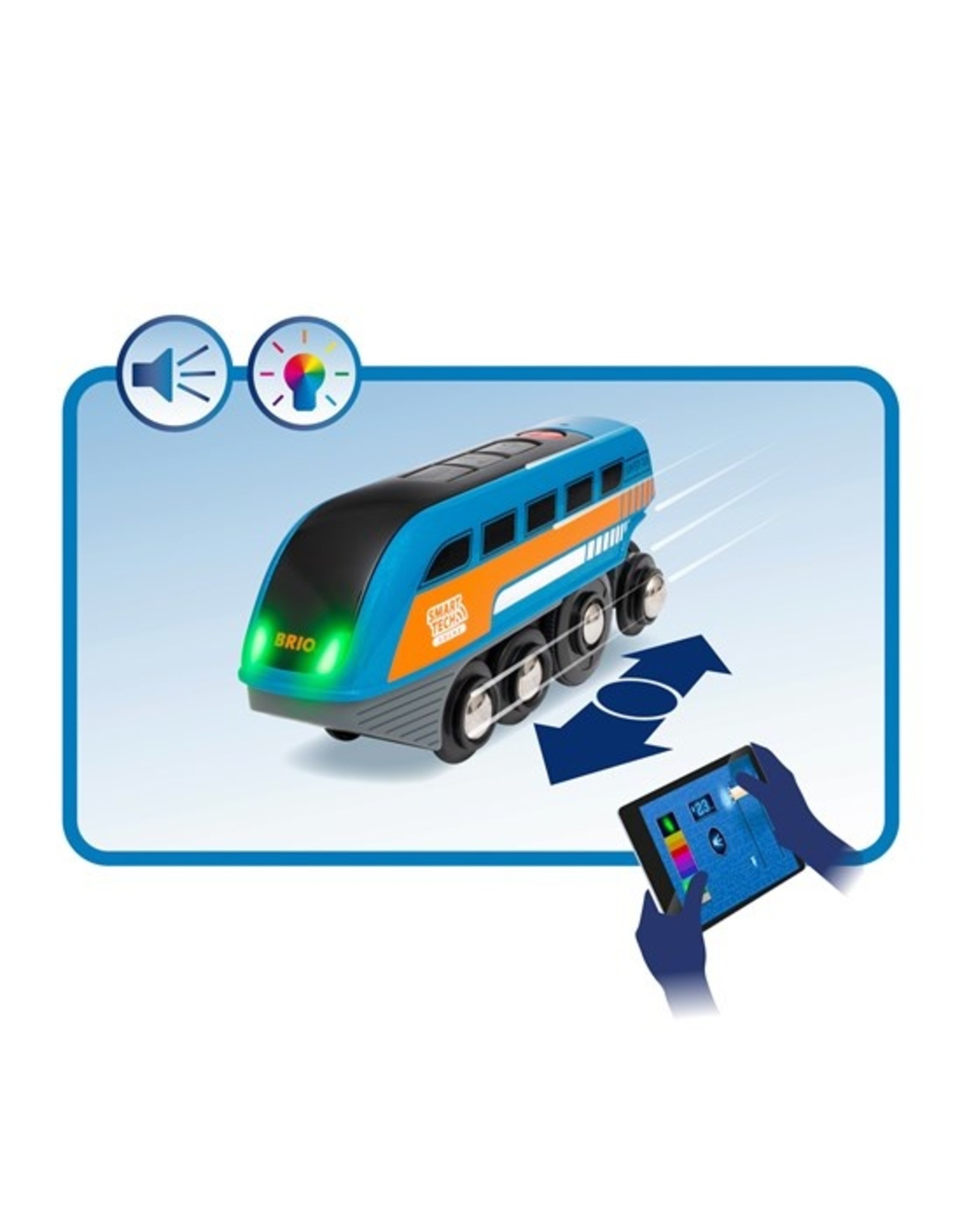 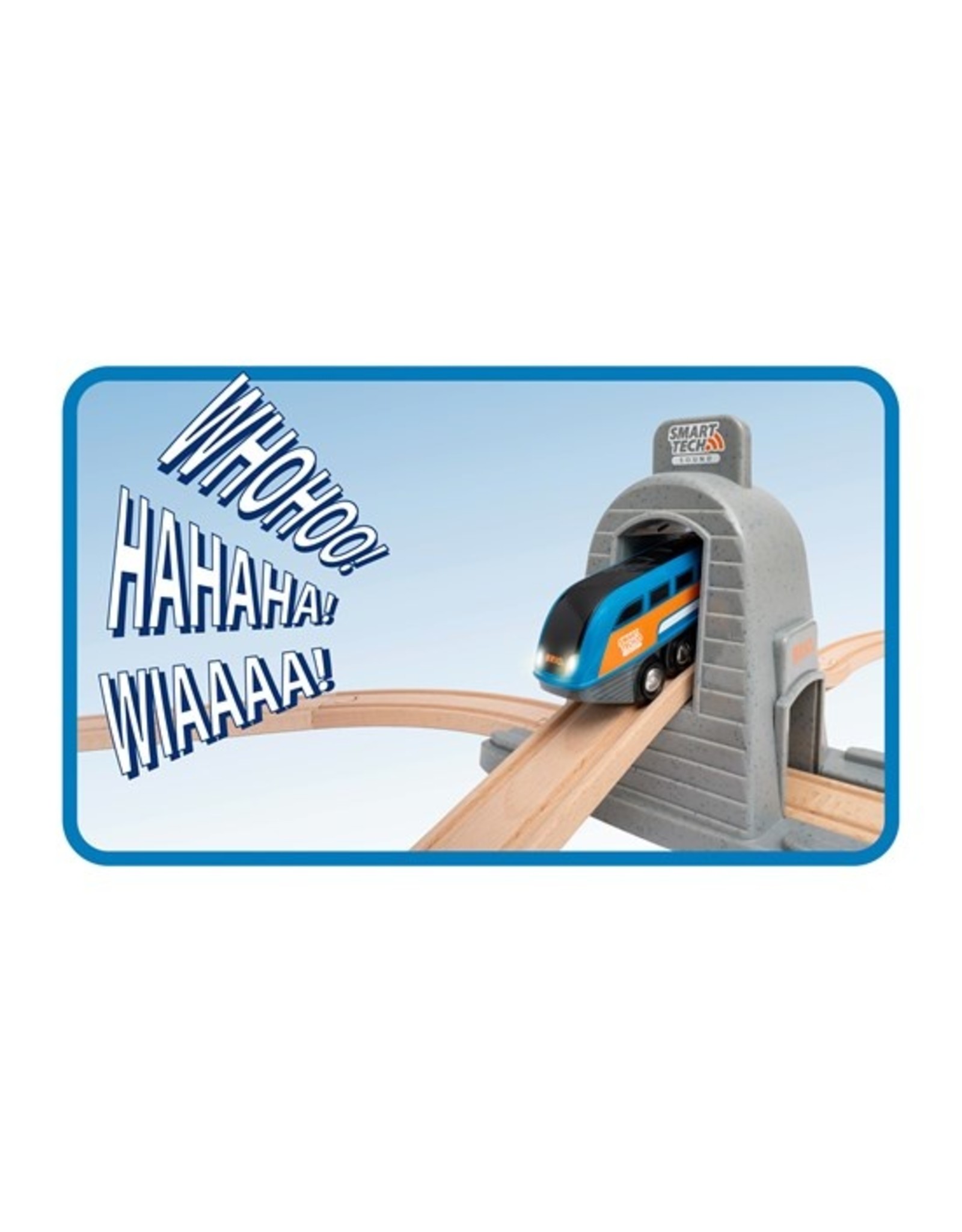 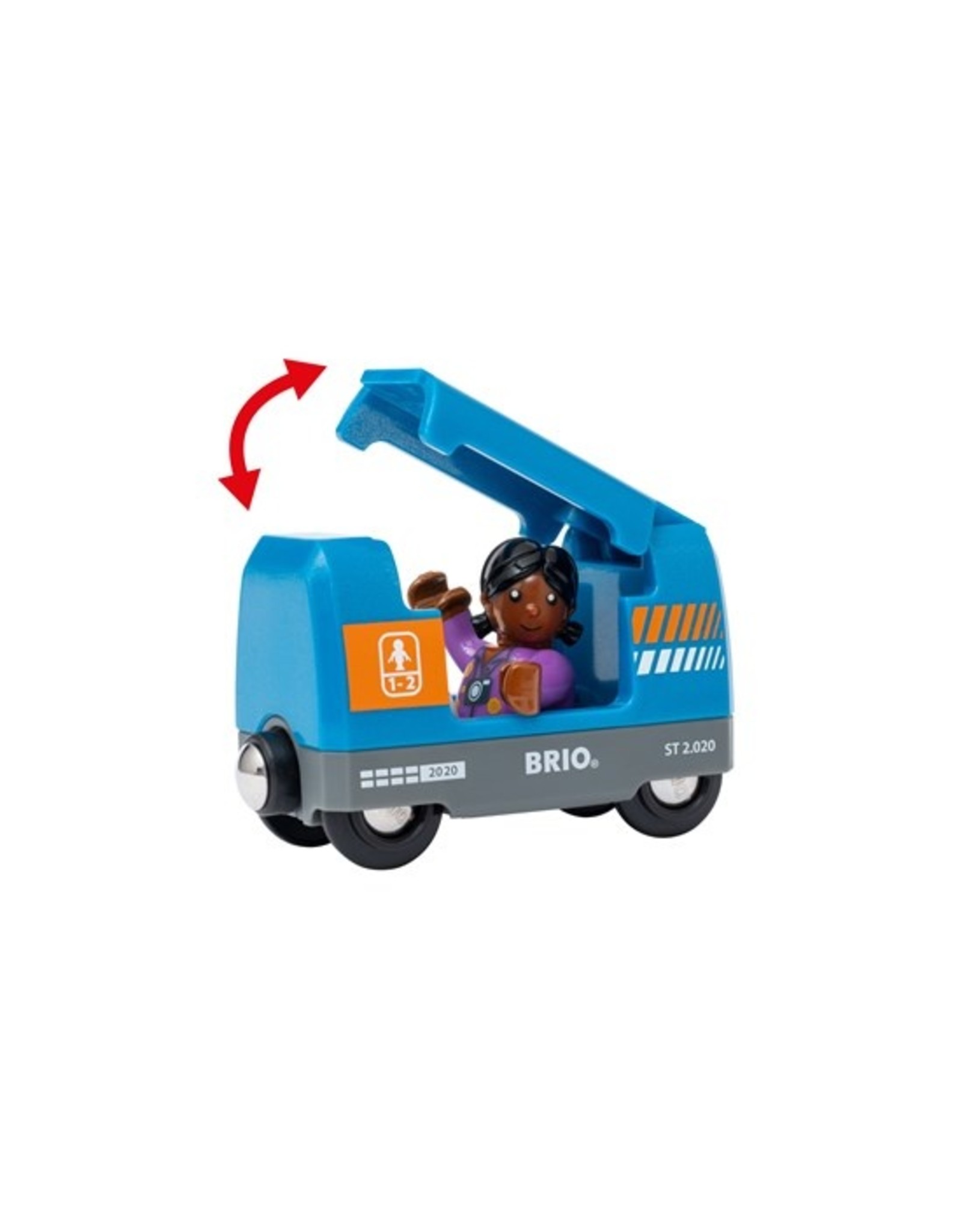 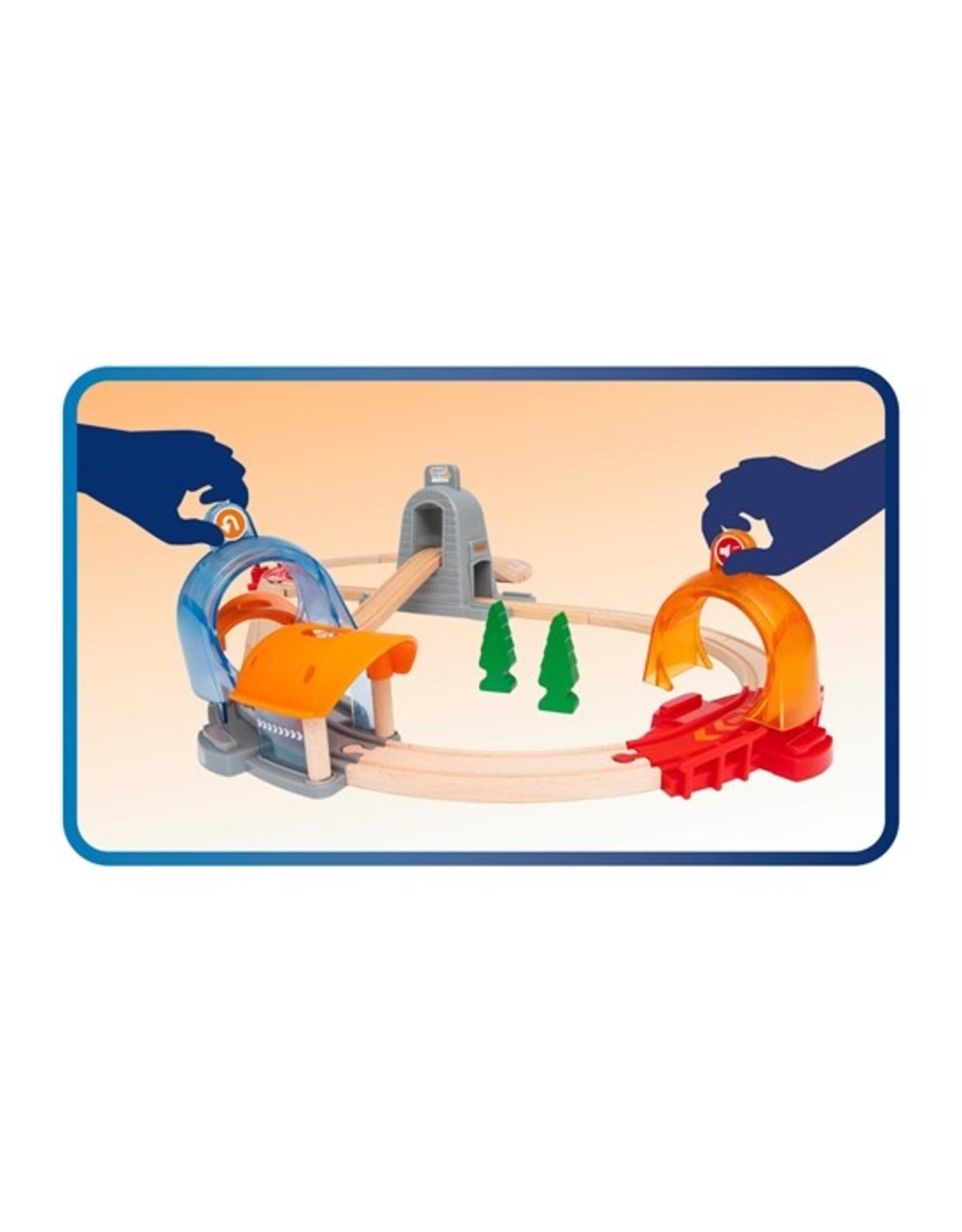 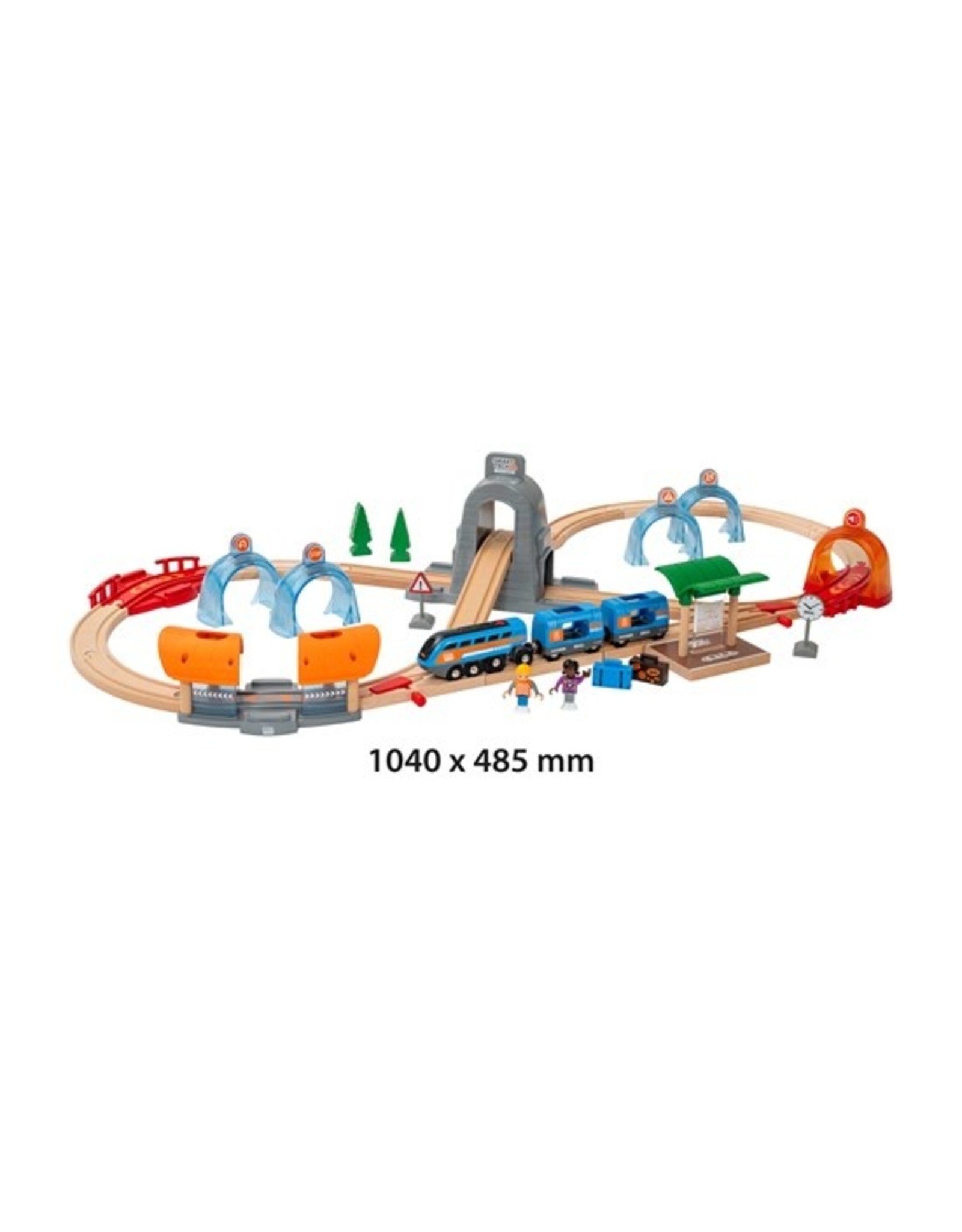 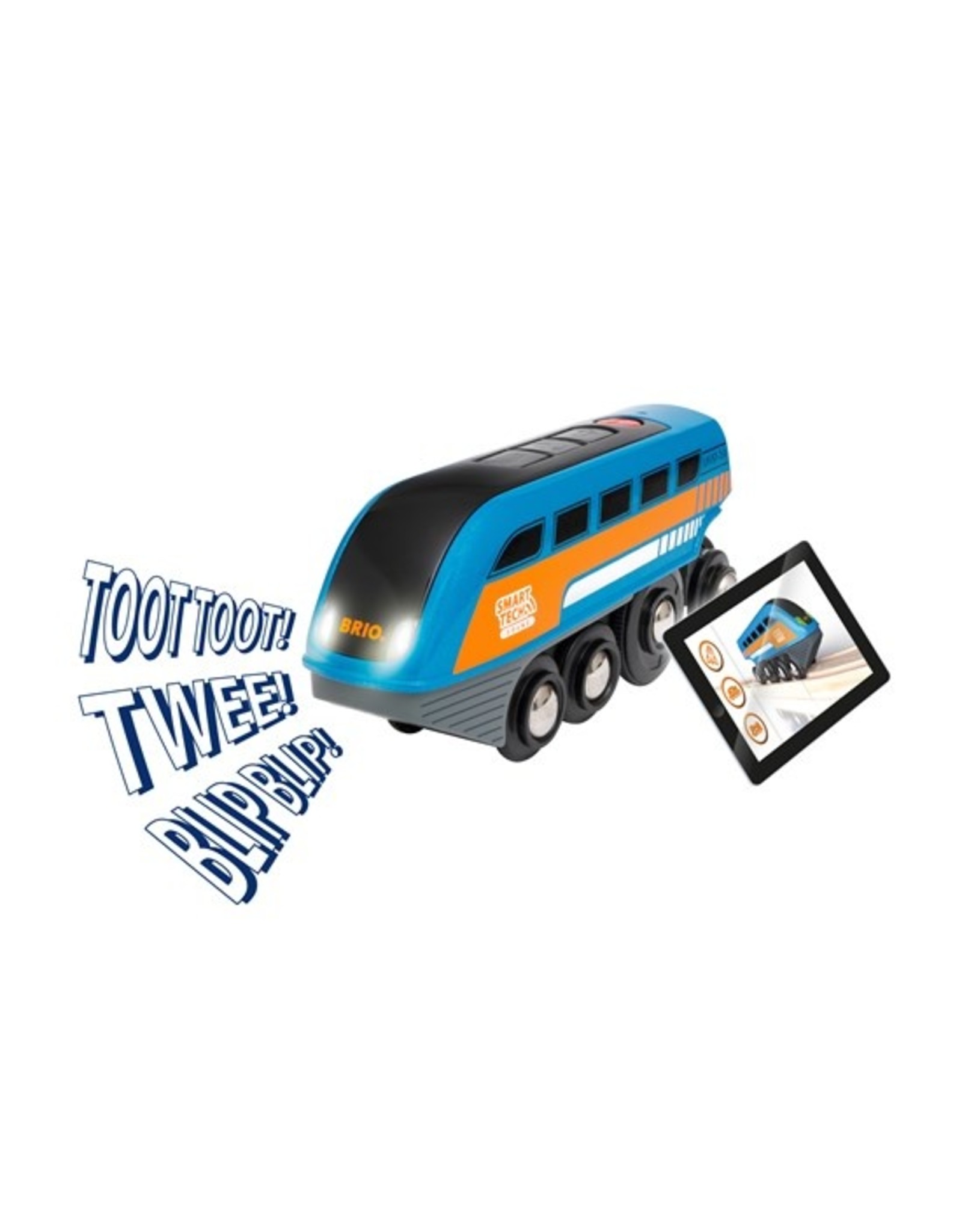 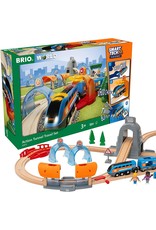 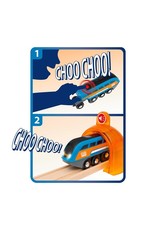 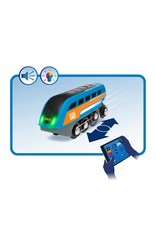 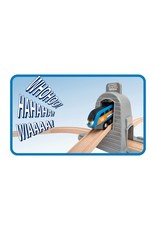 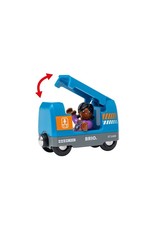 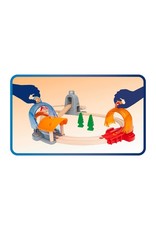 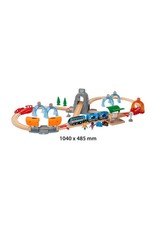 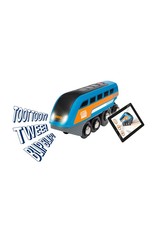 Take control of the play with this 37-piece interactive toy train set - the 33972 Figure 8 Set with Action Tunnels.

Interaction Features: The battery-powered Record & Play Engine is the centrepiece of the play and can communicate with its surroundings, automatically responding to Smart Tech accessories with various train actions that enhance the imaginative play like multicolour lights, motion and sounds.

Record & Play: Customise the play by using the red button on top of the engine to record your own sounds. As the engine passes through the orange Sound Action Tunnel, it automatically responds by playing your recorded sound. “Honk, honk!”. Pair the engine with the Smart Tech Sound app and you can customize the sound environment even further.

Full of Action: Each Action Tunnel creates a unique response from the engine, and by actively moving them around the tracks and different Action Tunnel Slots, you can program the play and change the trains journey. Control the engines direction using the Change Direction and Stop Action Tunnels. Watch the engine slow down and stall after it passes through the Break Action Tunnel and then comes back to life as it leaves the Fix Action Tunnel. And hear your pre-recorded customizable sounds play after the toy train swoops under the Sound Action Tunnel.