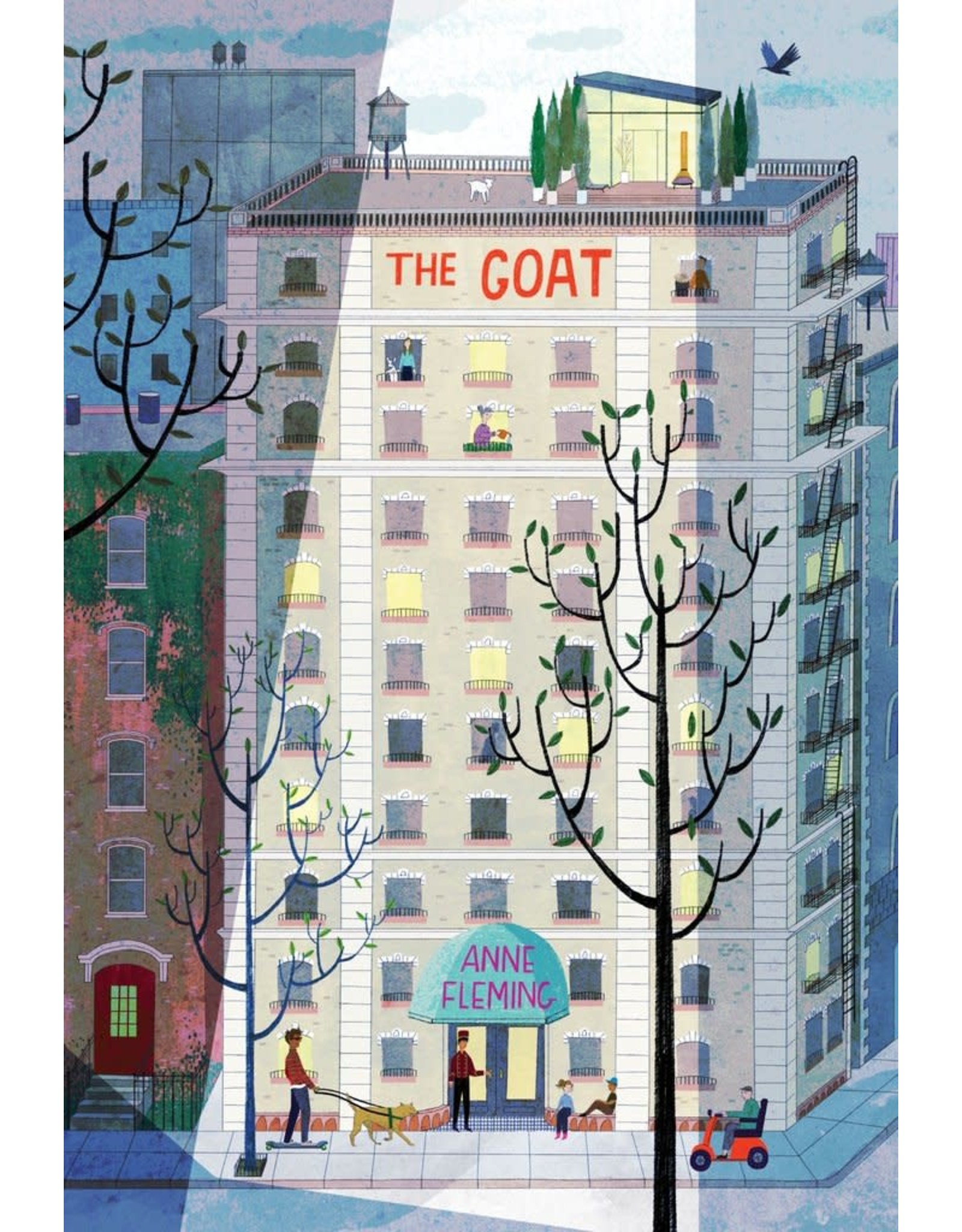 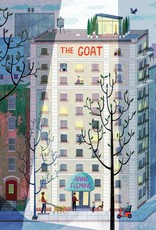 When Kid accompanies her parents to New York City, she discovers a goat living on the roof of her Manhattan apartment building— but she soon realizes a goat on the roof may be the least strange thing about her new home, whose residents are both fascinating and unforgettable.

When Kid accompanies her parents to New York City for a six-month stint of dog-sitting and home-schooling, she sees what looks like a tiny white cloud on the top of their apartment building.

Rumor says there’s a goat living on the roof, but how can that be?

As Kid soon discovers, a goat on the roof may be the least strange thing about her new home, whose residents are both fascinating unforgettable.

In the penthouse lives Joff Vanderlinden, the famous skateboarding fantasy writer, who happens to be blind. On the ninth floor are Doris and Jonathan, a retired couple trying to adapt to a new lifestyle after Jonathan’s stroke. Kenneth P. Gill, on the tenth, loves opera and tends to burble on nervously about his two hamsters — or are they guinea pigs? Then there’s Kid’s own high-maintenance mother, Lisa, who is rehearsing for an Off Broadway play and is sure it will be the world’s biggest flop.

Then Kid meets Will, whose parents died in the Twin Towers. And when she learns that the goat will bring good luck to whoever sees it, suddenly it becomes very important to know whether the goat on the roof is real.