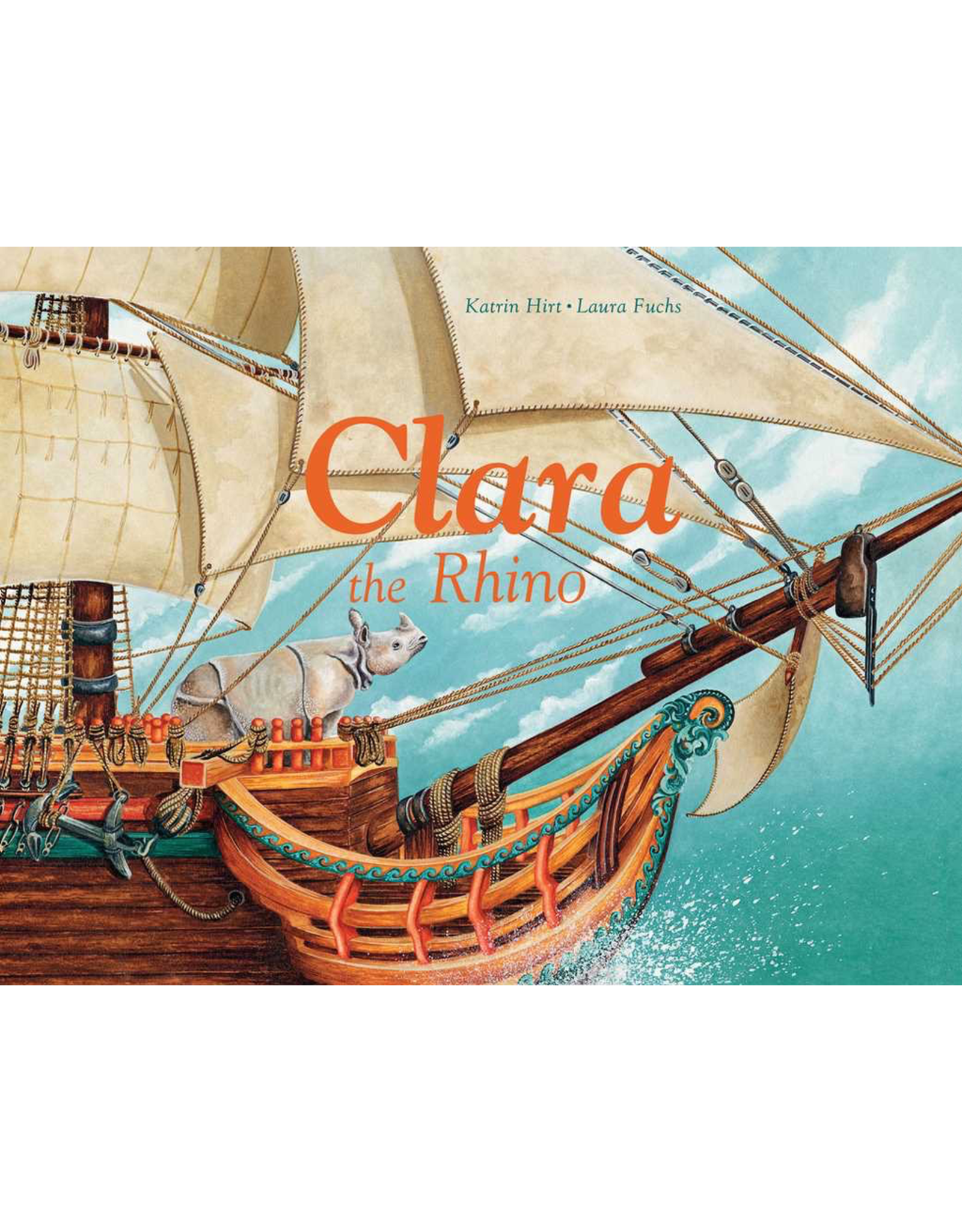 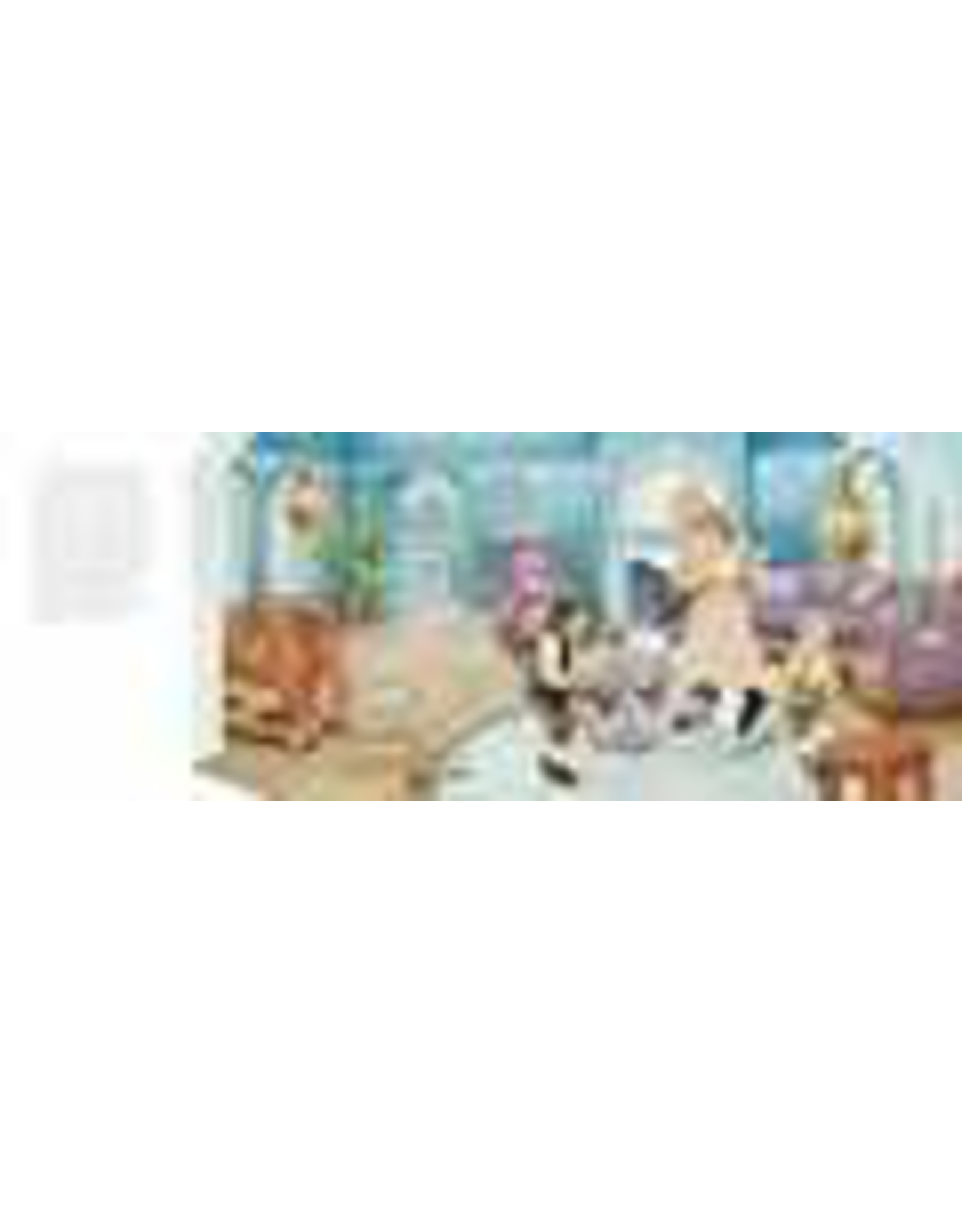 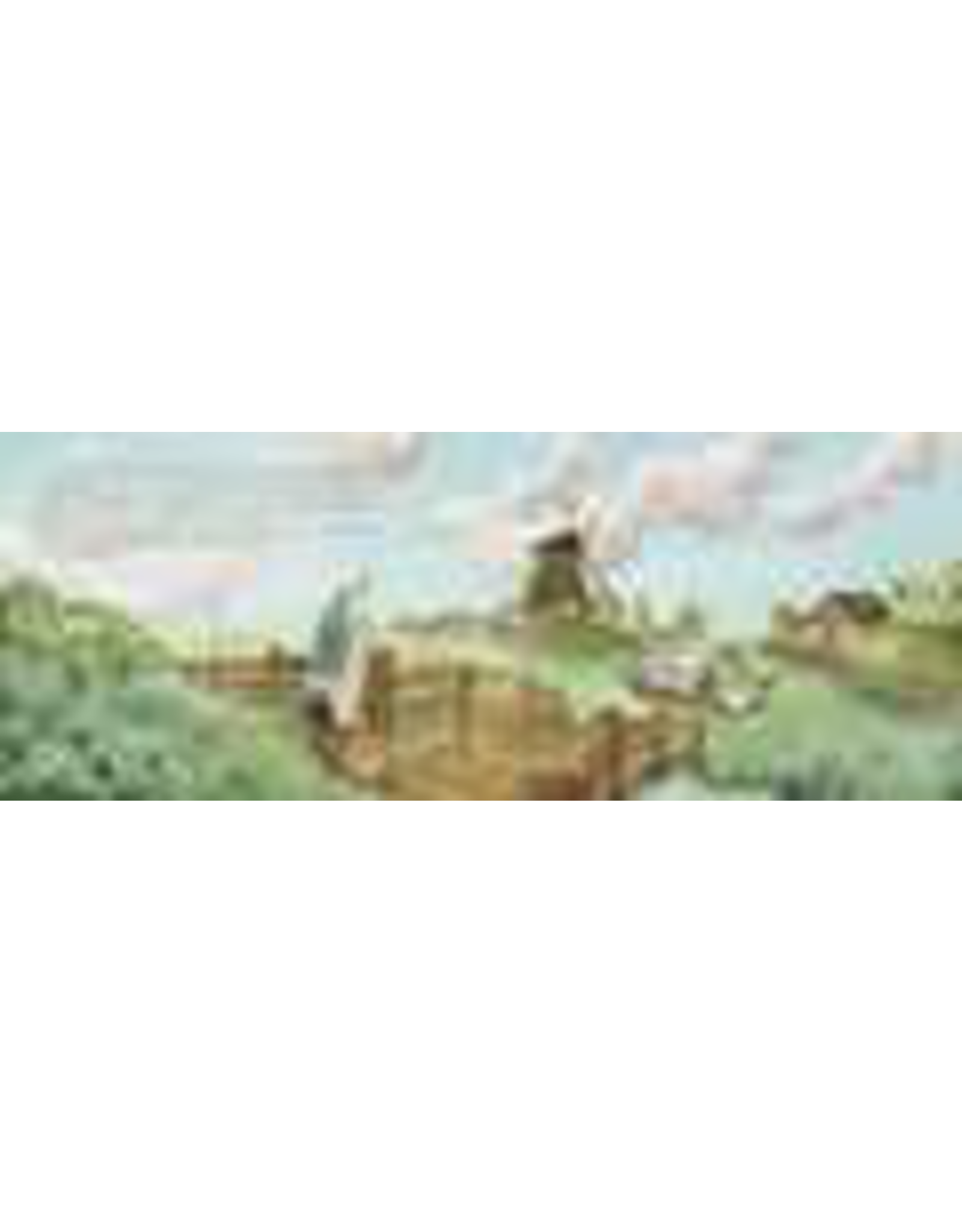 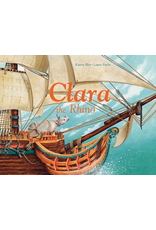 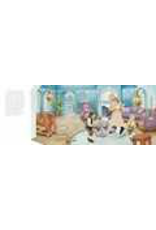 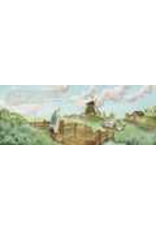 Based on the true story and friendship between an orphaned rhino and a sea captain in the mid-18th century.
When a baby rhino is orphaned in India with nowhere to go, a gentle sea captain from Holland—Douwe van der Meer—decides to take her to Europe with him. Clara wins the hearts of everyone—from villagers to princes, kings, and queens who have never seen a rhino before. All are delighted by the gentle giant—whose image soon appears on posters, coins, and statuettes, until the fine day when the Dutch Captain gives Clara her a home of her own.
Based on historical accounts of a real rhino's travels across the world, Hirt's steady narrative and Fuchs' bright and detailed illustrations make this tale a cheerful one... — Kirkus Reviews

This story of friendship and loyalty are sure to enchant readers of all ages and the entire family will enjoy following Clara’s journey across the world.
— New York Journal of Books
Katrin Hirt is an historian and she lives with her family in Tübingen, Germany. As well as being a journalist and research assistant, she writes stories for children. Clara the Rhino is her first picture book.
Laura Fuchs grew up in the midst of the Arnsberg Forest Nature Park in North Rhine-Westphalia, Germany. Today she lives in Hamburg, where she is currently studying illustration at the University of Applied Sciences. Her love of Nature and animals has always been the inspiration for her stories and pictures.
Pages 48