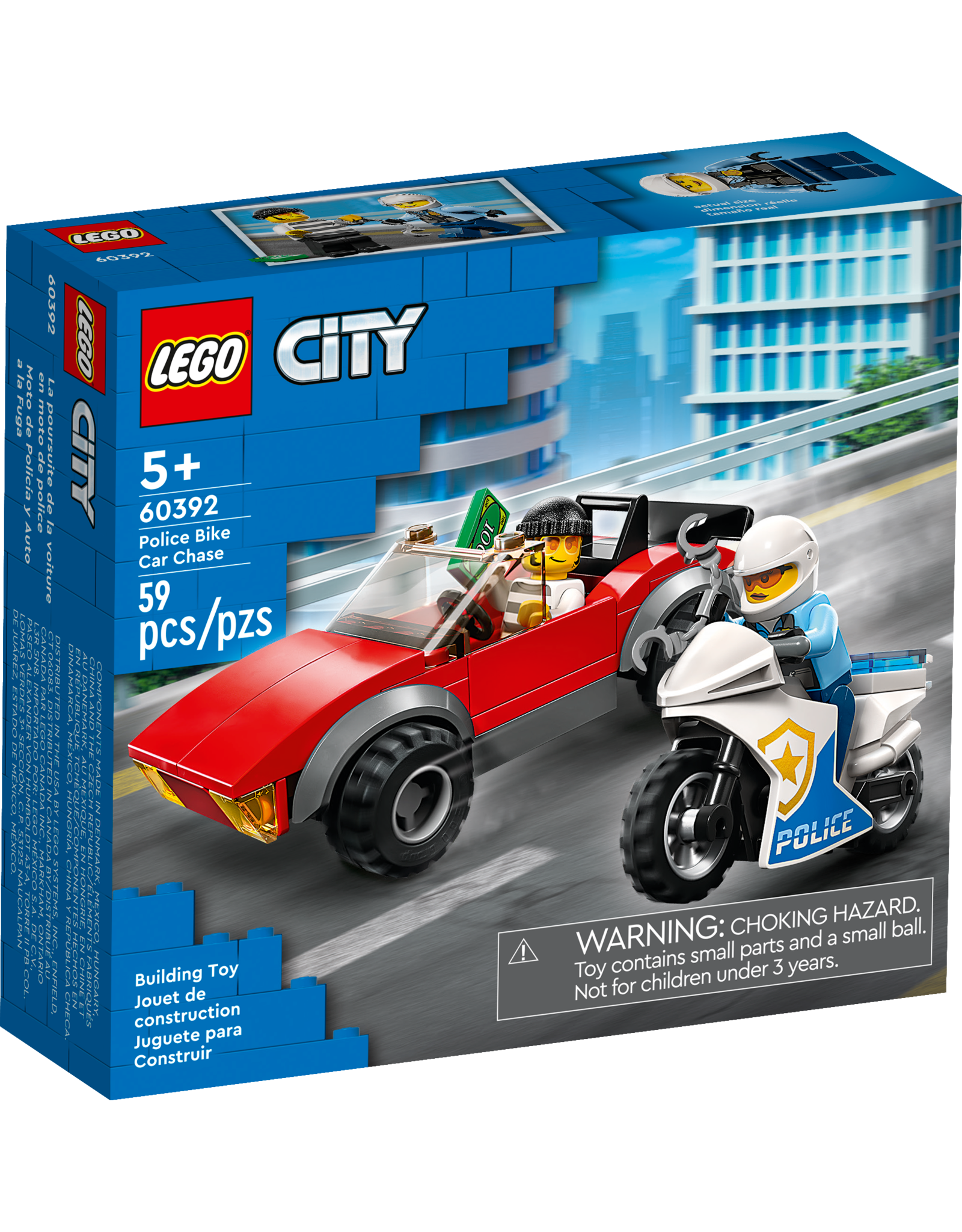 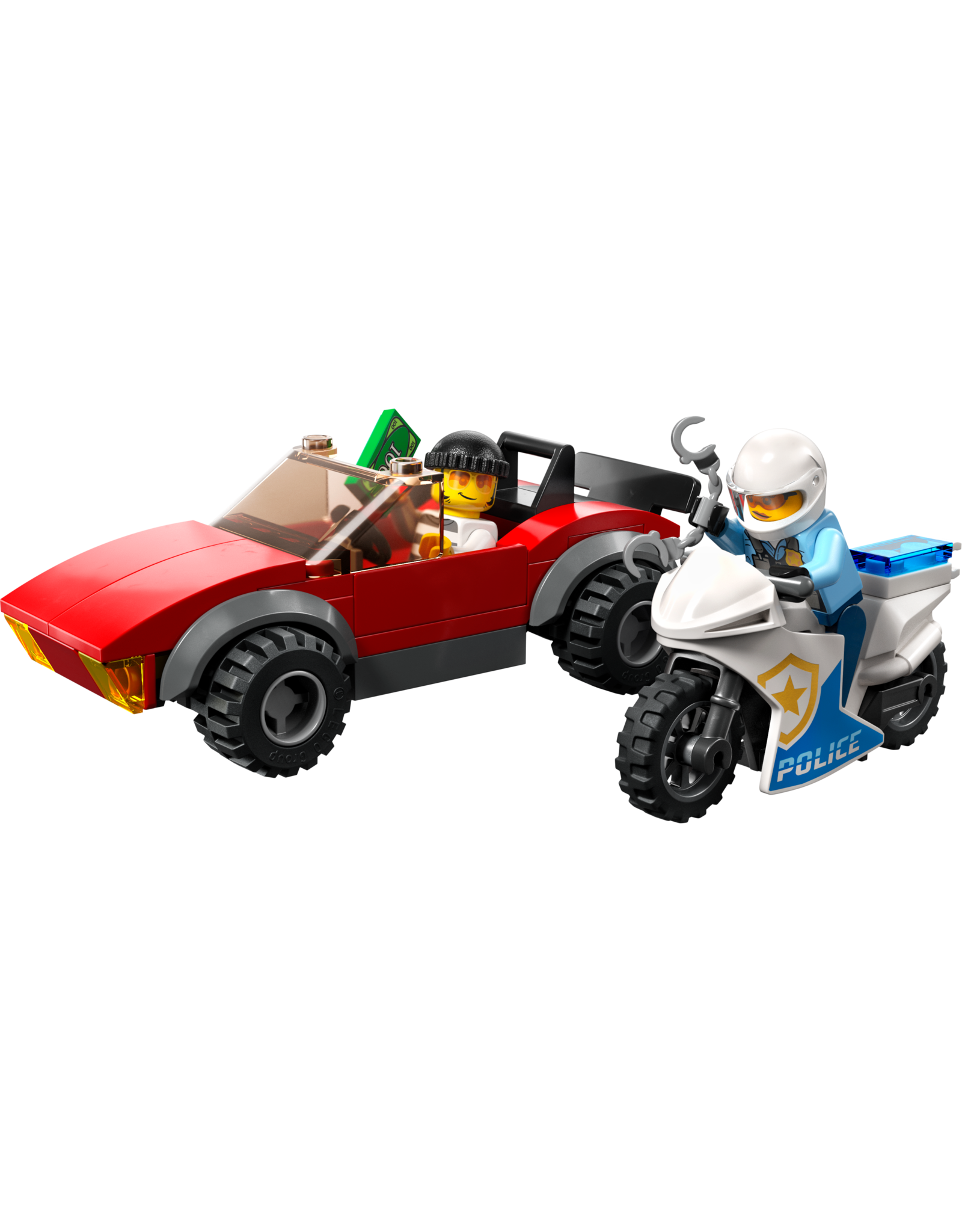 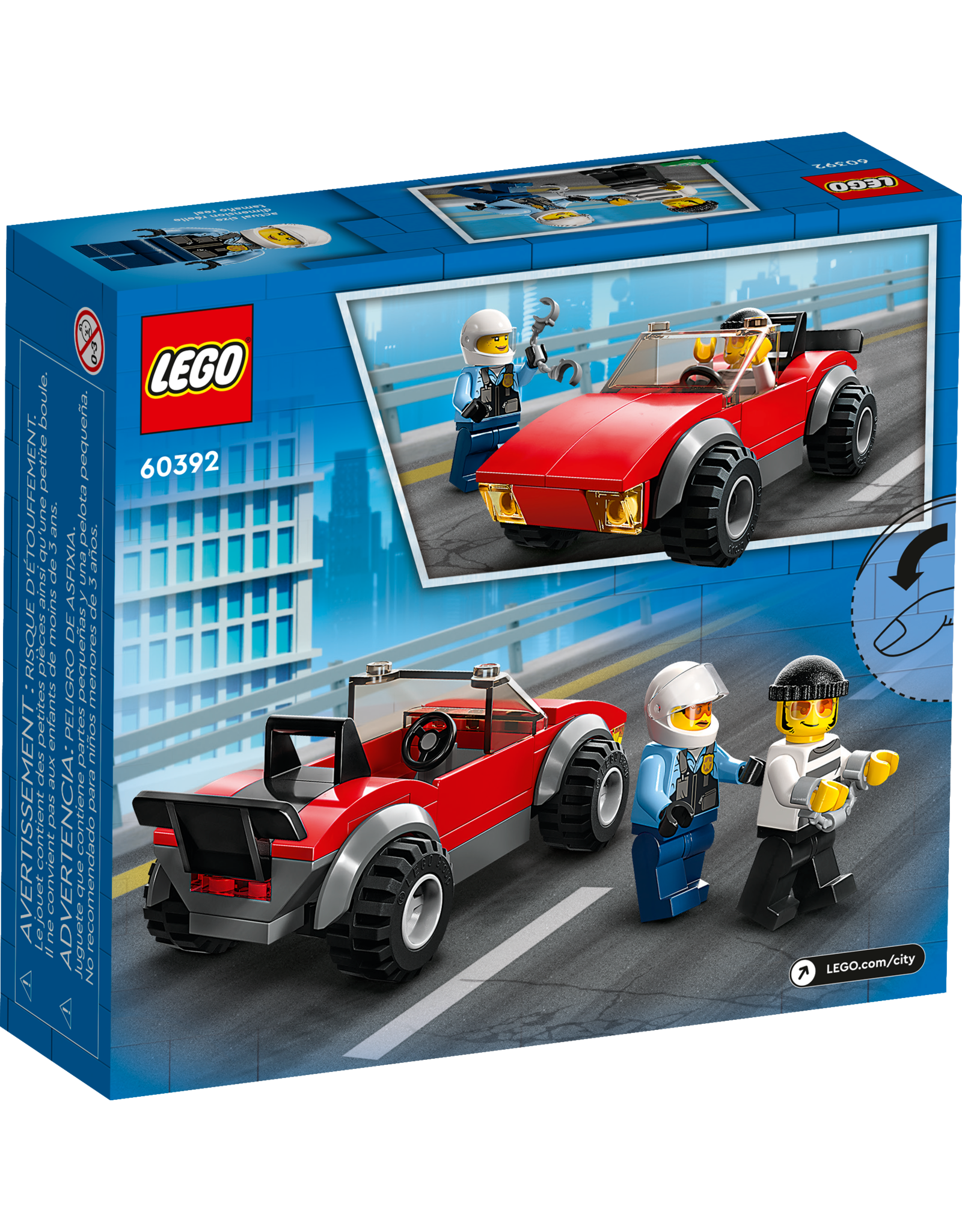 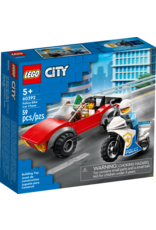 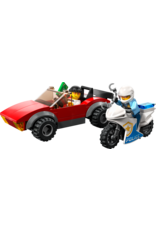 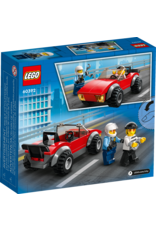 SCREECH! Hey! A crook is speeding away with stolen money! Mobilize the superfast police pursuit motorbike. Help the LEGO® City police officer catch the crook, then slap on the handcuffs and transport him to the nearest jail. Awesome crook-catching action awaits in LEGO City!

Mobilize kids’ imaginations with this action-packed playset. The LEGO® City Police Bike Car Chase (60392) comes with a toy police pursuit motorcycle and a crook’s getaway sports car. Just add the police officer and crook minifigures, a toy banknote and a drop of imagination for hours of crook-catching fun. An interactive digital building guide adds to the fun This 5+ set includes a step-by-step printed building guide and the LEGO Builder app – an interactive building guide that makes building even more fun, with intuitive zoom and rotate tools that allow kids to visualize models from all angles as they build. Toys that empower imaginative play LEGO City playsets put kids at the heart of the action, where they get to decide the stories, with feature-rich buildings, cool vehicles and inspiring characters that stimulate imaginative, open-ended role play.